HAVING a baby is some pretty exciting stuff, so it’s only normal to get carried away with all the celebrations – even if it’s not YOU having the baby.

But one bloke got a little too excited at a couple’s gender reveal party and things did not end well for the mum-to-be. 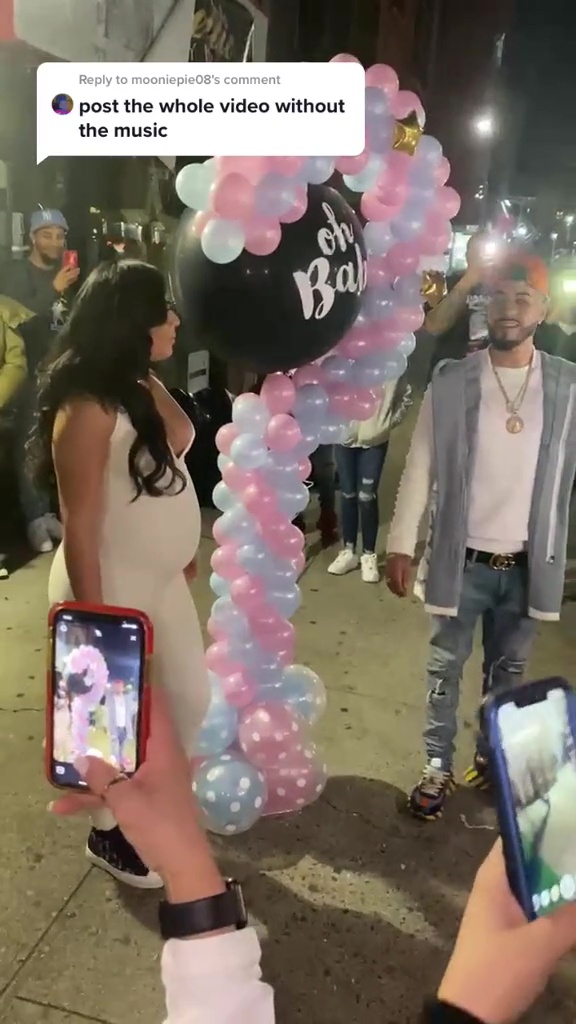 The clip shows a pregnant woman and her partner at their gender reveal party surrounded by friends and family Credit: TikTok

Surrounded by what looks to be a bunch of friends and family, a couple, including the heavily pregnant woman, stand by an assortment of balloons waiting to find out the gender of their baby.

The idea is to pop the balloon and whatever colour appears – blue or pink – determines the sex of the baby – so it’s a pretty big deal.

In the clip shared on TikTok, the crowd count from one to three, prompting the future dad to burst a balloon.

Upon finding out they were expecting a baby girl both parents jump for joy – and so does everyone else. 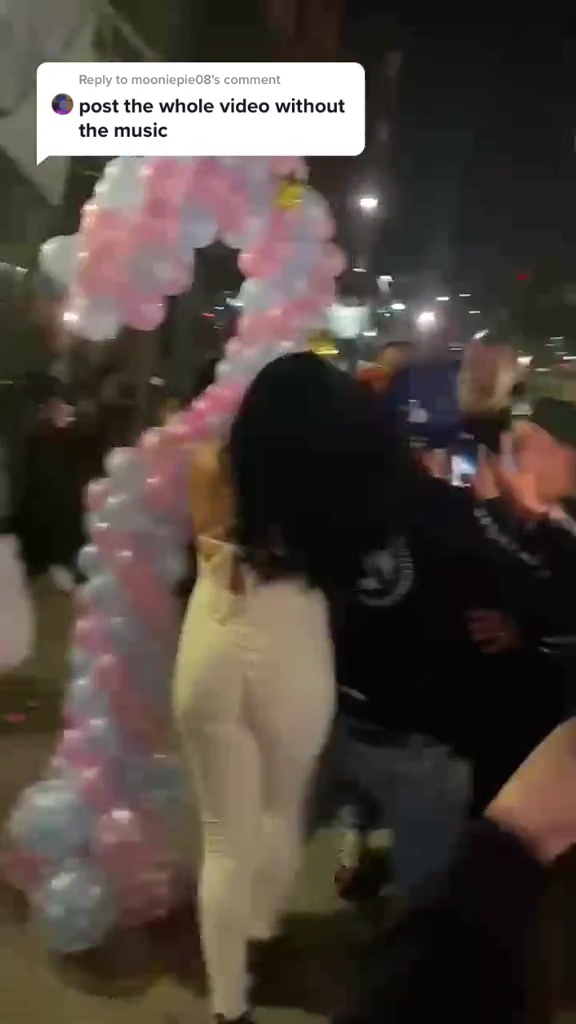 The woman rushes to hug the father-to-be but gets pushed aside by his friendsCredit: TikTok 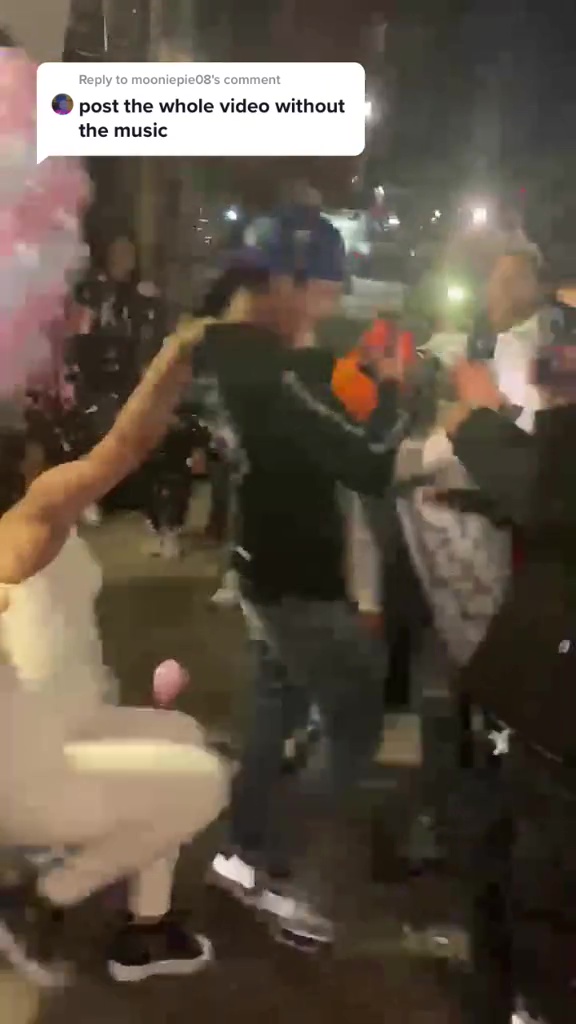 She falls to the ground without the guys even realising Credit: TikTok

But before the mum-to-be can embrace her partner, the father of her child, she gets shoved to the ground by an excited friend who’s clearly over the moon.

Completely unaware he’s just shoulder-charged the pregnant woman and star of the party, the bloke continues to jump up and down before grabbing his mate (the future dad).

While the mates continue to hug it out, completely unaware of what’s gone on, the person holding the camera screams and quickly rushes to the pregnant woman’s aid.

The clip has racked up over 60k views with many shocked by the guy’s reaction and complete disregard for the couple’s moment – insisting they definitely should have had the first hug.

According to the comments, the woman was fine and not injured, but we wouldn’t be surprised if her bloke’s mate is banned from all future celebrations.

And a woman tells how her husband told her to ‘shush’ during labour – and that’s when she knew her marriage was over.

Plus, a high-class escort says that no matter how happy your marriage is, your bloke WILL still stray.

My mad mother-in-law accused me of ‘brainwashing’ my hubby, tried to break us up and nearly got me kicked out of my PHD programme 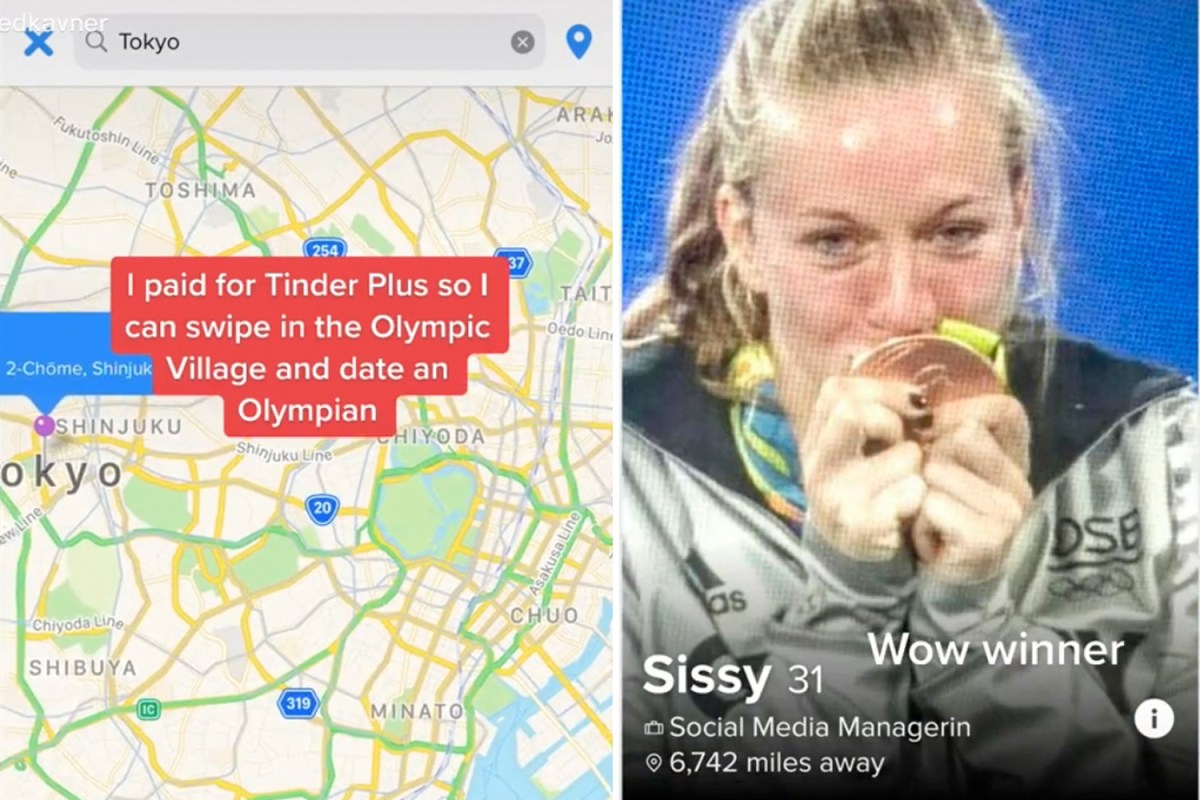 Singletons reveal ‘genius’ hack that makes them match with Olympians

THE OLYMPICS are well and truly underway and the GB medals are stacking up. But it's not just the athletes...

Six signs your boyfriend’s losing interest, from a lack of questions to taking offence at everything you say

The Sex Column: ‘Why doesn’t he want kids?’

Woman Refuses To Cook For Her Mother-In-Law As She’s Busy Taking Care Of Her Injured Husband, Gets Called The Bad Guy