AS a happily married woman, Saskia Michalski wasn’t looking for love when she started running her own CrossFit classes – but that all changed when she met Lui.

The personal trainer, 27, from Hamburg, Germany, was instantly drawn to the latest member of her fitness class – and was delighted when she found out Lui felt the same. 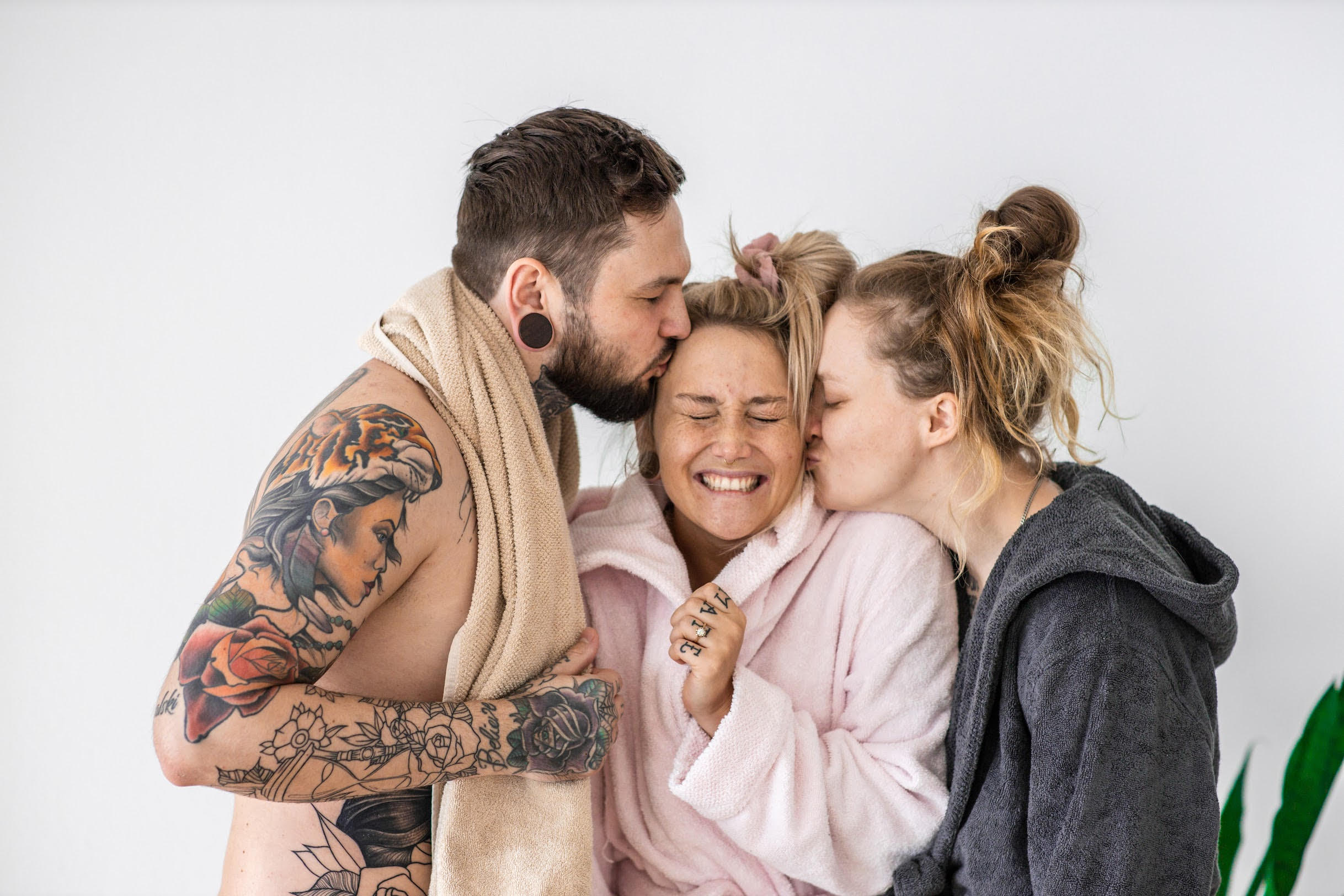 “We were both very attracted to each other but didn’t make any steps as we were both in monogamous relationships,” Saskia said. “It took a few months until we started talking outside of training, but then things happened fast.”

As she’d been married for less than two years at the time, Saskia was understandably nervous to tell her husband Marcin, 31, about the new love in her life.

Describing her relationship up until then, she said: “Marcin has always been my perfect match.

“Our love was crazy big in the beginning and has just got deeper and deeper each day since then.” 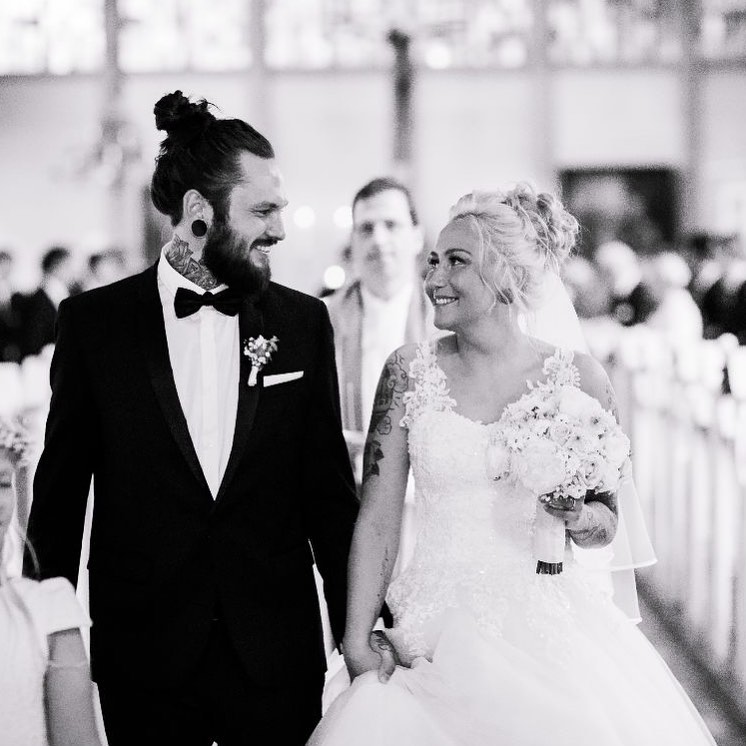 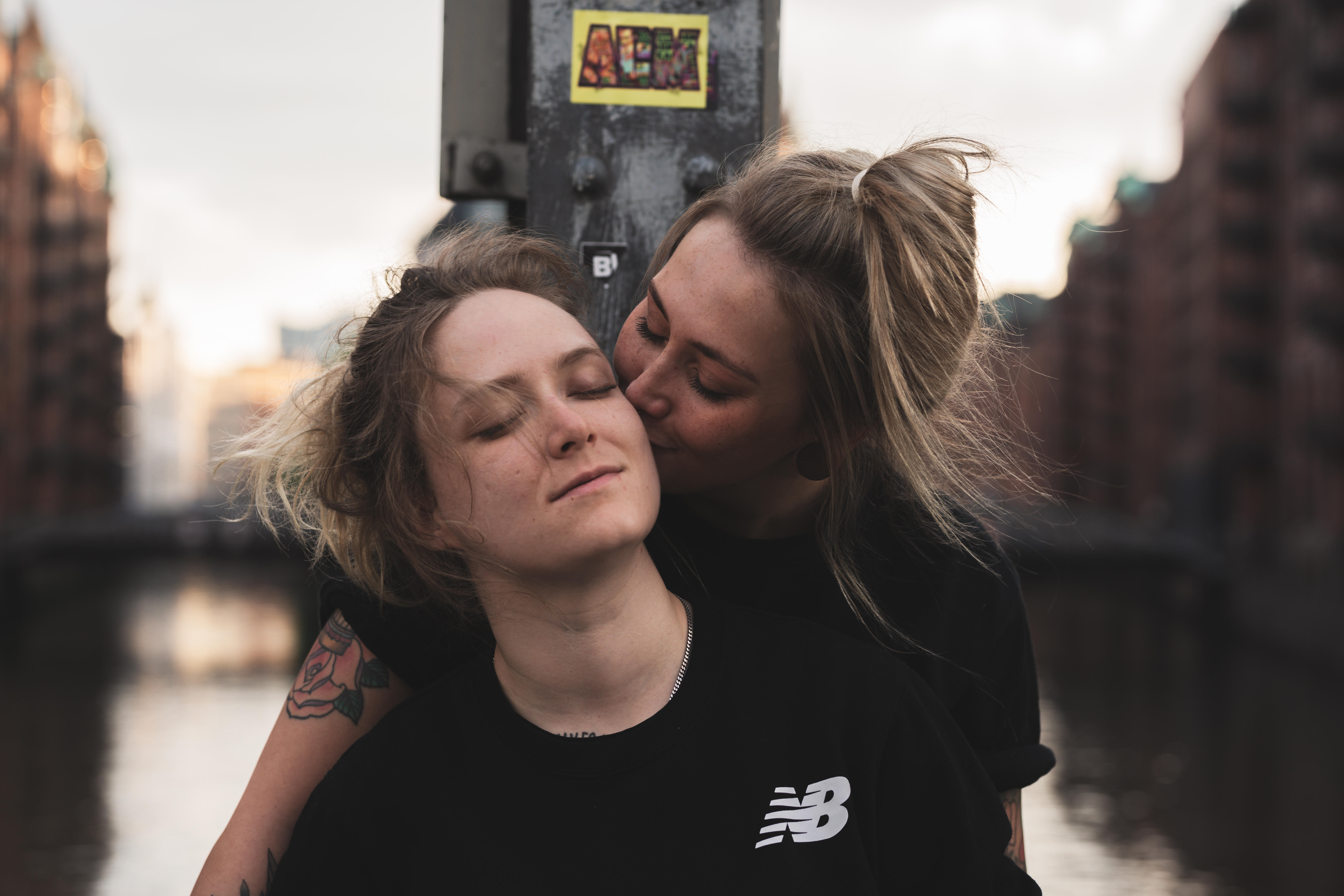 Before she met Lui, Saskia described how it was always “[her and Marcin] against the world.”

“We were both completely monogamous and never even imagined or discussed the possibility of an polyamorous relationship,” she said. “Our love was crazy big in the beginning and has just got deeper and deeper each day since then.”

Amazingly, Marcin was completely happy to let Saskia explore her feelings for Lui – and then welcomed her as “one of the family”.

At the beginning of this year, the trio formed a ‘V’ throuple – which means Marcin and Lui have romantic and sexual relationship with Saskia but not with each other. 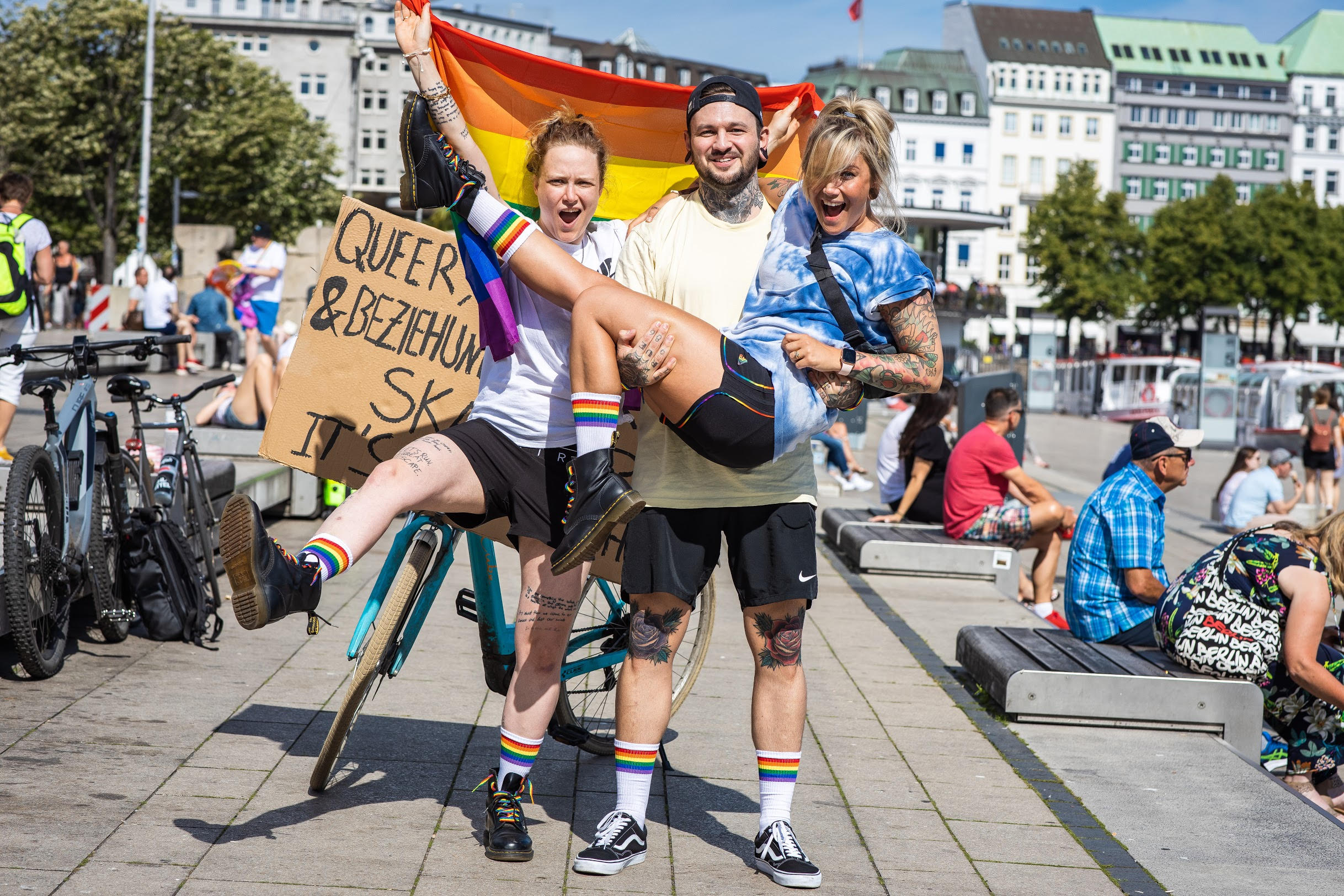 Saskia says ‘love is not a limited resource’Credit: MDWFeatures / @saskiamichalski 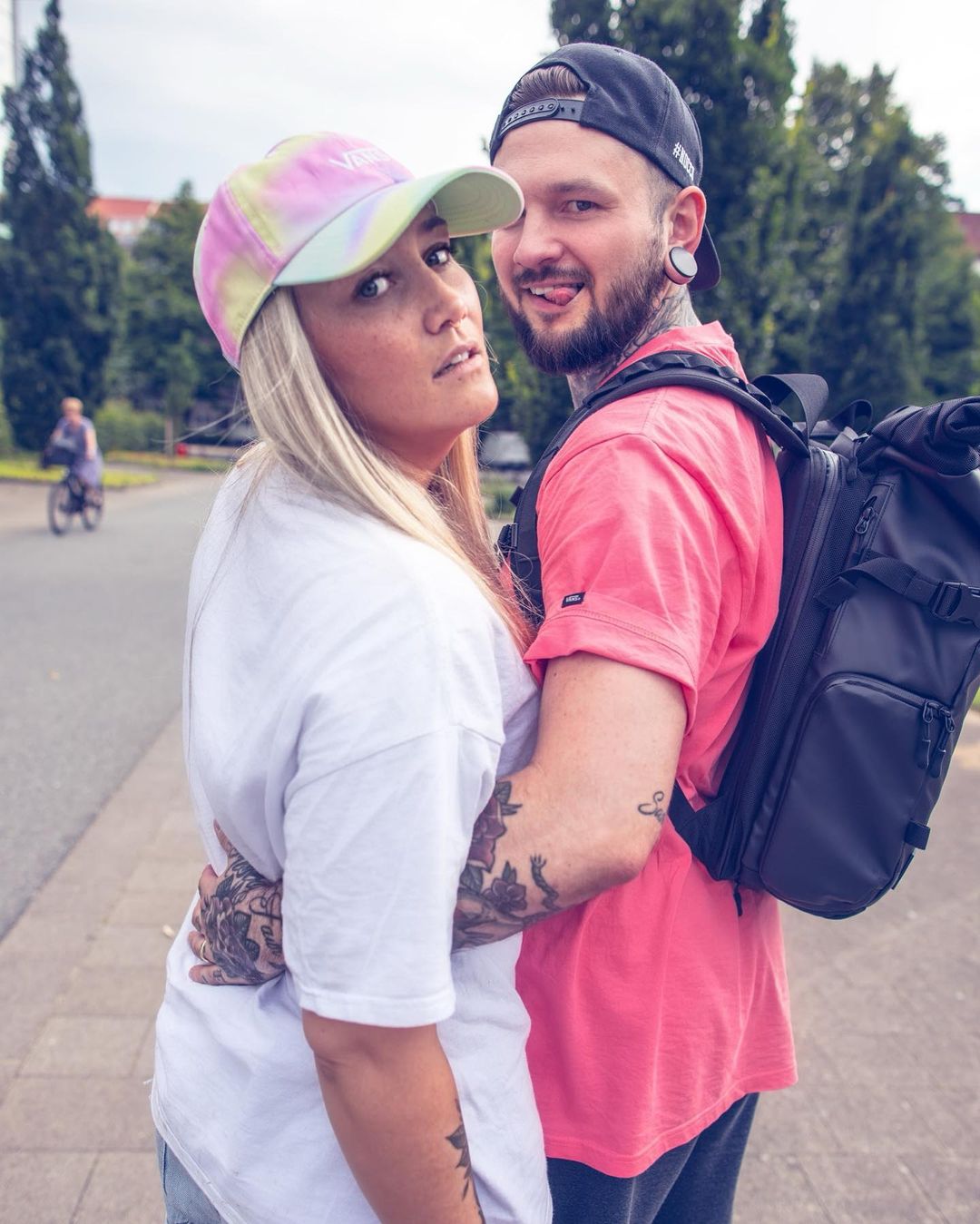 “[Marcin] never saw Lui as a threat,” Saskia said. “Rather, he saw how happy she made me and that made him happy.

“Marcin and Lui have a very loving but not romantic or sexual relationship.

“They care for each other and want to spend the rest of their lives with each other but not in an intimate way.”

The unusual dynamic works for the trio as they believe love isn’t a limited resource – and if any jealousy arises, they’ve made a pack to immediately discuss any negative feelings.

After just five months of dating, Saskia and Lui got engaged in June 2020 – and while they can’t legally be married and share a surname, they hope that they will be able to tie the knot next year. 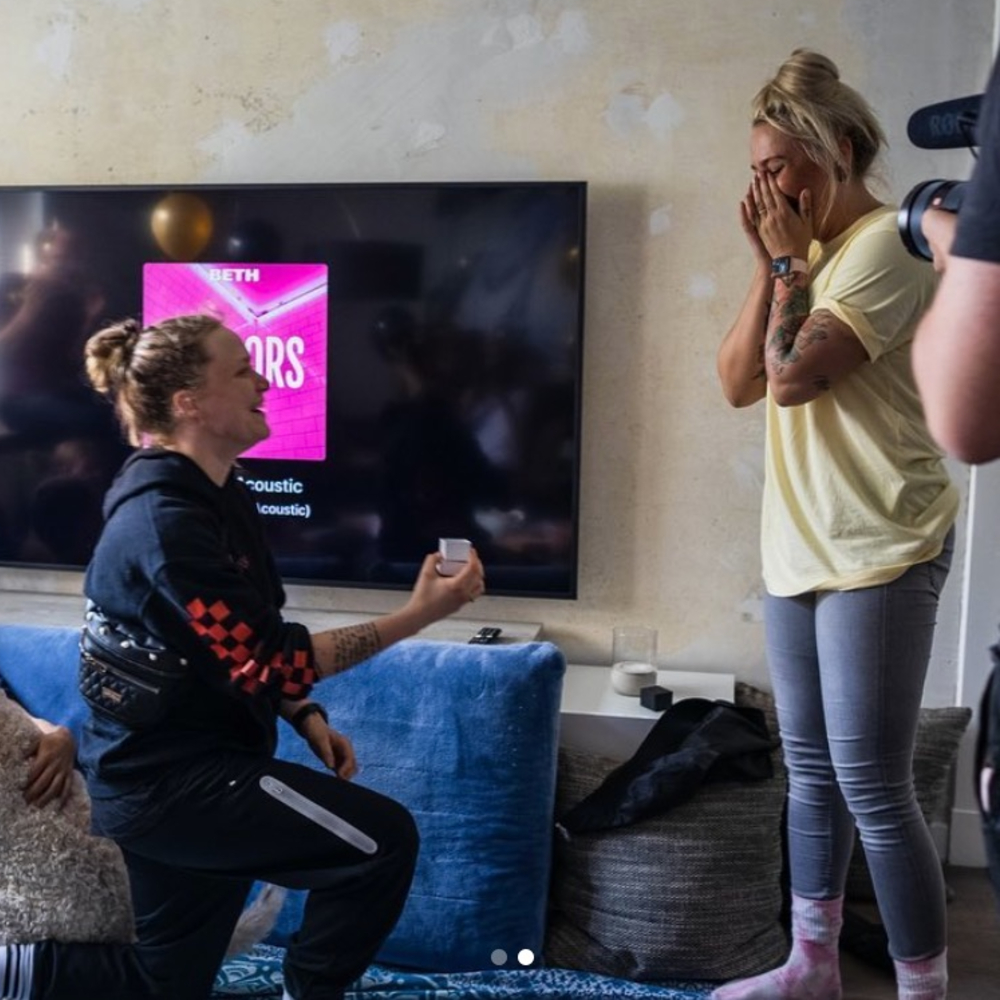 Lui proposed to Saskia after five months of dating in JanuaryCredit: MDWFeatures / @saskiamichalski 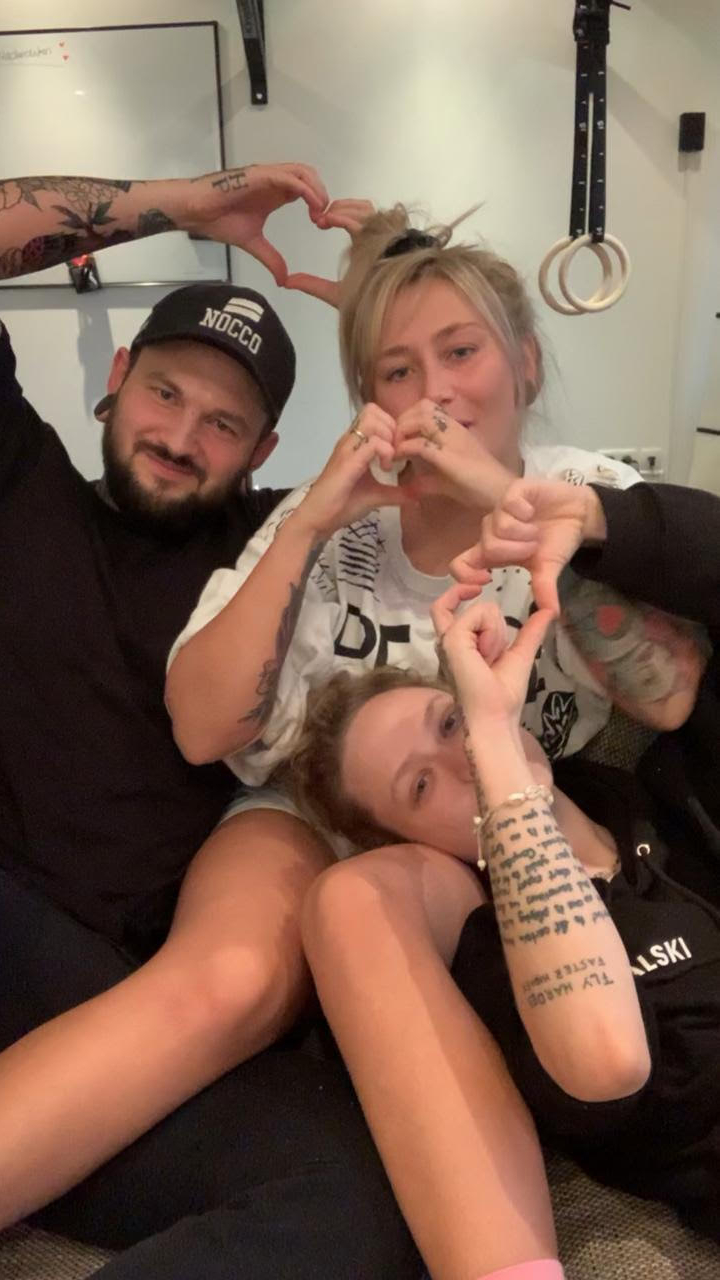 Although the majority of comments the throuple receive online are positive, they’ve also been told that their relationship will end in disaster.

Saskia explained: “Since we outed ourselves publicly, we have received a huge wave of love. People thank us for giving them strength and inspiring them.

“Some people even say that they were judgemental at first but changed their mind once they got to know us online.

“Of course, we get trashy and hateful comments too with people saying, ‘It can’t be real love,’ and that we’re ‘going to hell.’

What is polyamorous relationship and how does it work?

The word poly has Greek roots and means many.

This is the basis for a polyamorous relationship; it includes more than just two people.

The Oxford English Dictionary (OED) describes it as: “The fact of having simultaneous close romantic relationships with two or more other individuals, viewed as an alternative to monogamy.

“Especially in regard to matters of sexual fidelity; the custom or practice of engaging in multiple romantic relationships with the knowledge and consent of all partners concerned.”

It’s main difference between other forms of relationships, such as swinging and threesomes, is that there are typically feelings of love in a polyamorous relationship.

People who are poly believe it is possible to love more than one person at a time, and often emotions and forming a deep bond is key.

Often in polyamory there will be relationships of three or more people in an equal relationship with one another.

They can live together, or simply be in multiple relationships with the knowledge and consent of all involved.

There is no standard unit, and the people can be all male, female, a mix of genders, trans or gay.

Each polyamorous relationship will have its own boundaries and rules, if any, and there is no standardised rule of what – if anything – constitutes cheating.

“However, we truly think these people are just still on their journey to finding love and acceptance and we wish them the best.”

On a practical level, being in a throuple allows Saskia, Lui and Marcin to live in a luxurious apartment in Hamburg with their joint salaries – but believe their relationship allows them to feel more love than they ever thought possible.

“We all now have two life partners that are looking out for us and taking care of us,” said Saskia. “Love is not a limited resource and you can’t put rules onto love.

“We need to stop thinking we can decide what love is supposed to look like for others.

For more relationship stories, this bride was left raging after wedding photographer crops out her FACE in ‘cheap’ picture album.

And these scorned exes share the ‘crazy’ ways they found partners were cheating… from text mishaps to a VERY indecent proposal.

Plus this wife broke hearts after revealing why she takes a bite out of her man’s packed lunch every day.