A MUM has thrown her daughter the “cheapest wedding ever” after refusing to spend more than $1000 (£700) on her big day.

Shelley Watson has been penny pinching for years and was not about to change her ways for daughter Ashley’s wedding to groom Colby Cosgrove. 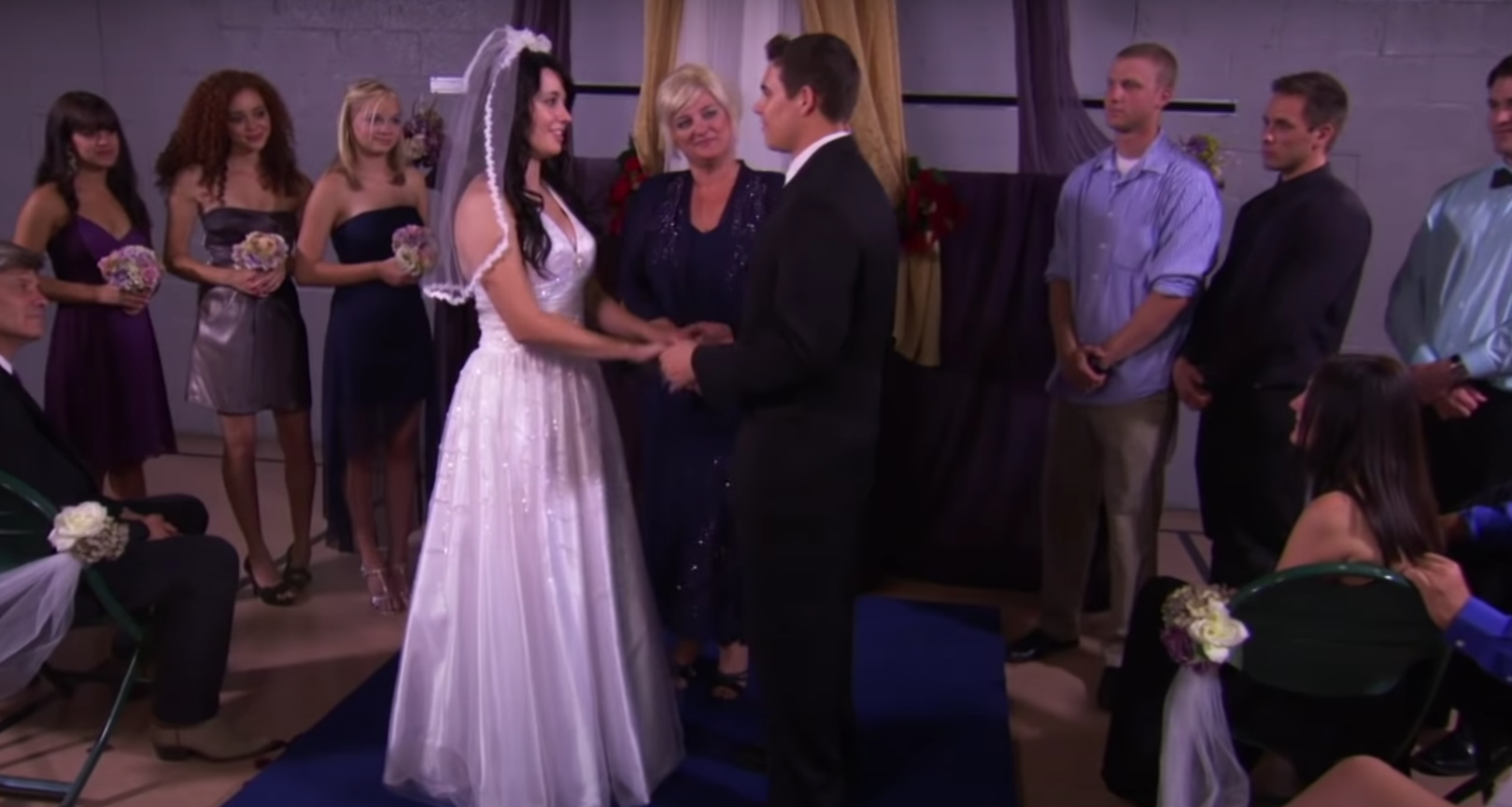 Shelley Watson refused to spend a penny over $1000 on her daughter Ashley’s weddingCredit: TLC 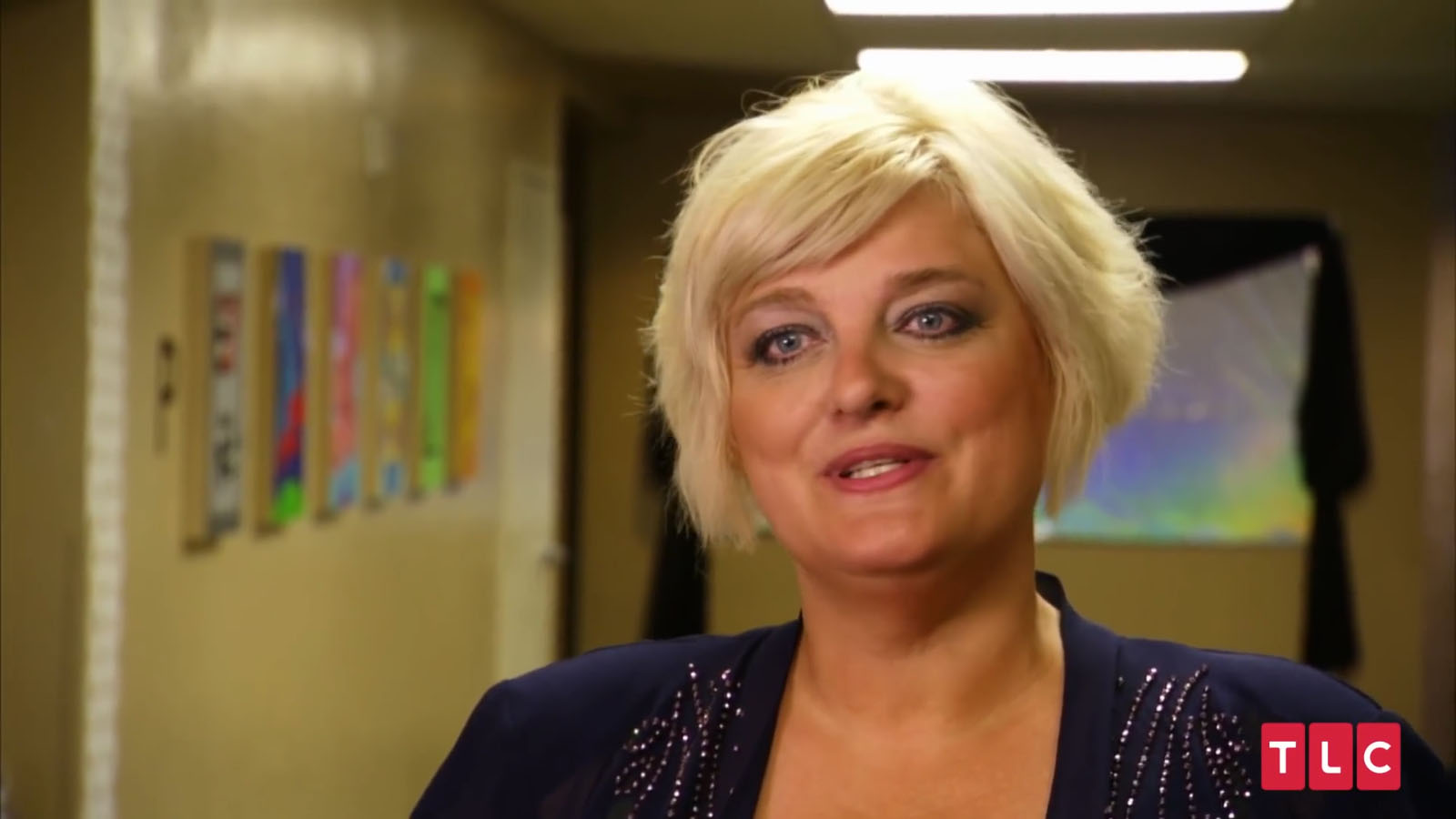 Shelley is well known for her cheapskate waysCredit: TLC

The mum, who appears on TLC’s Extreme Cheapskates, is determined to cut costs wherever she can, beginning with the venue.

Rather than splash out thousands on a grand country house Shelley takes her daughter to the local school gym.

“The best part about it is it’s free because my friends work here, it’s the perfect place to get married” Shelley says.

However, not everyone is convinced. 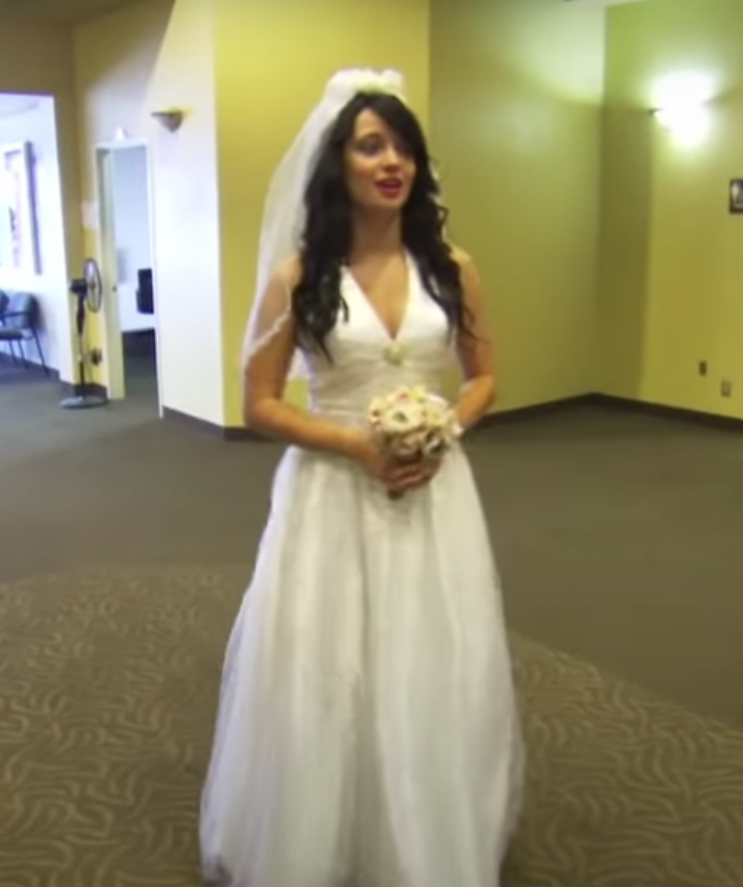 Ashley’s dress was just $75 from a pawn shop,Credit: TLC 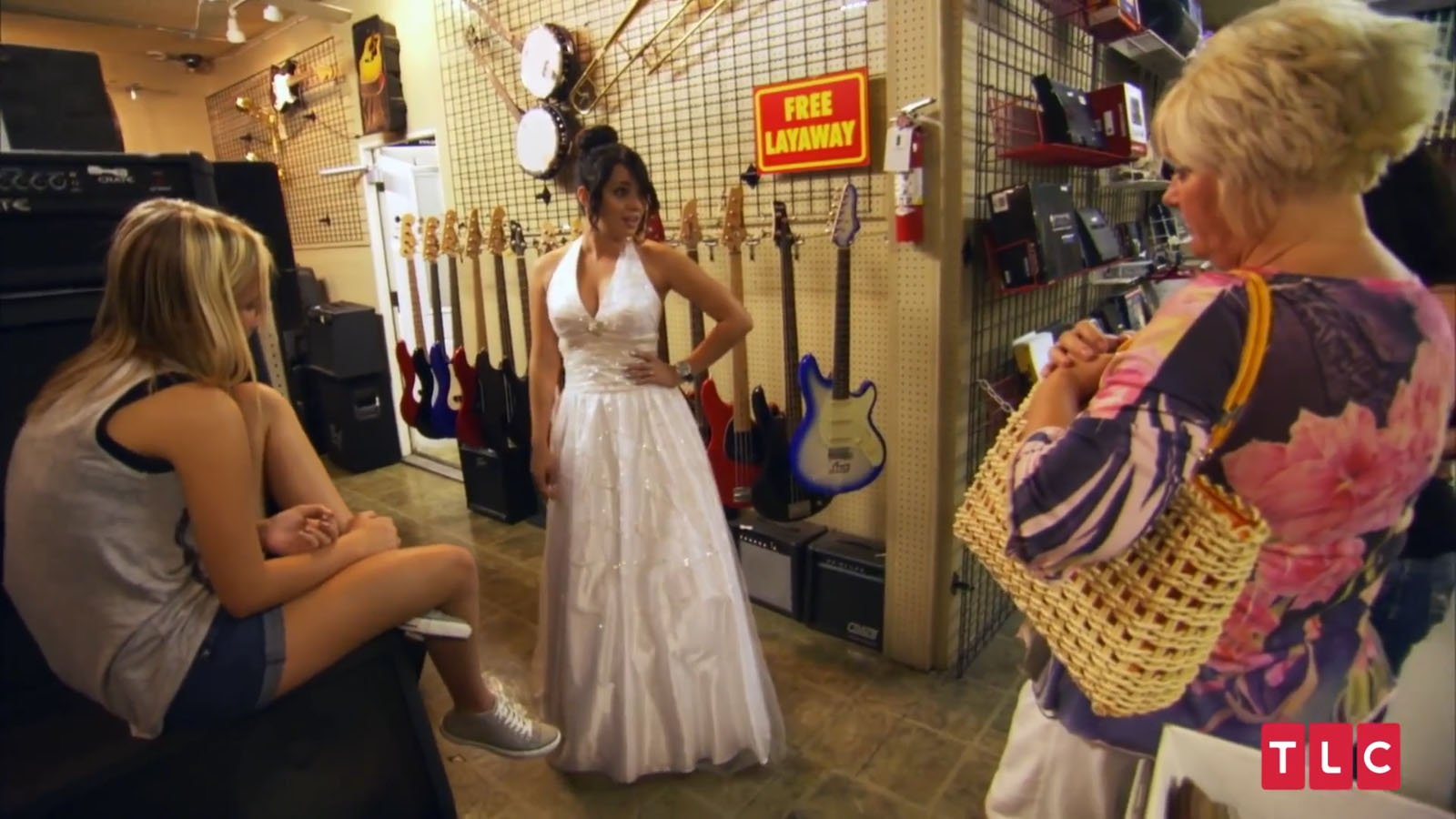 Shelley getting an extra discount because it was stained with rat urineCredit: TLC

Denise, Colby’s mother, says: “I thought it was a f***ing joke, nobody in their right mind is serious about having it in a gym. It’s ridiculous.”

“This is going to be the cheapest wedding ever” Ashley agrees.

When it comes to flowers, Shelley has come up with a budget solution, heading to a holiday warehouse

Shelley explains: “It’s a seasonal distribution company that would have flowers and those flowers are out of season right now so they would be cheaper. 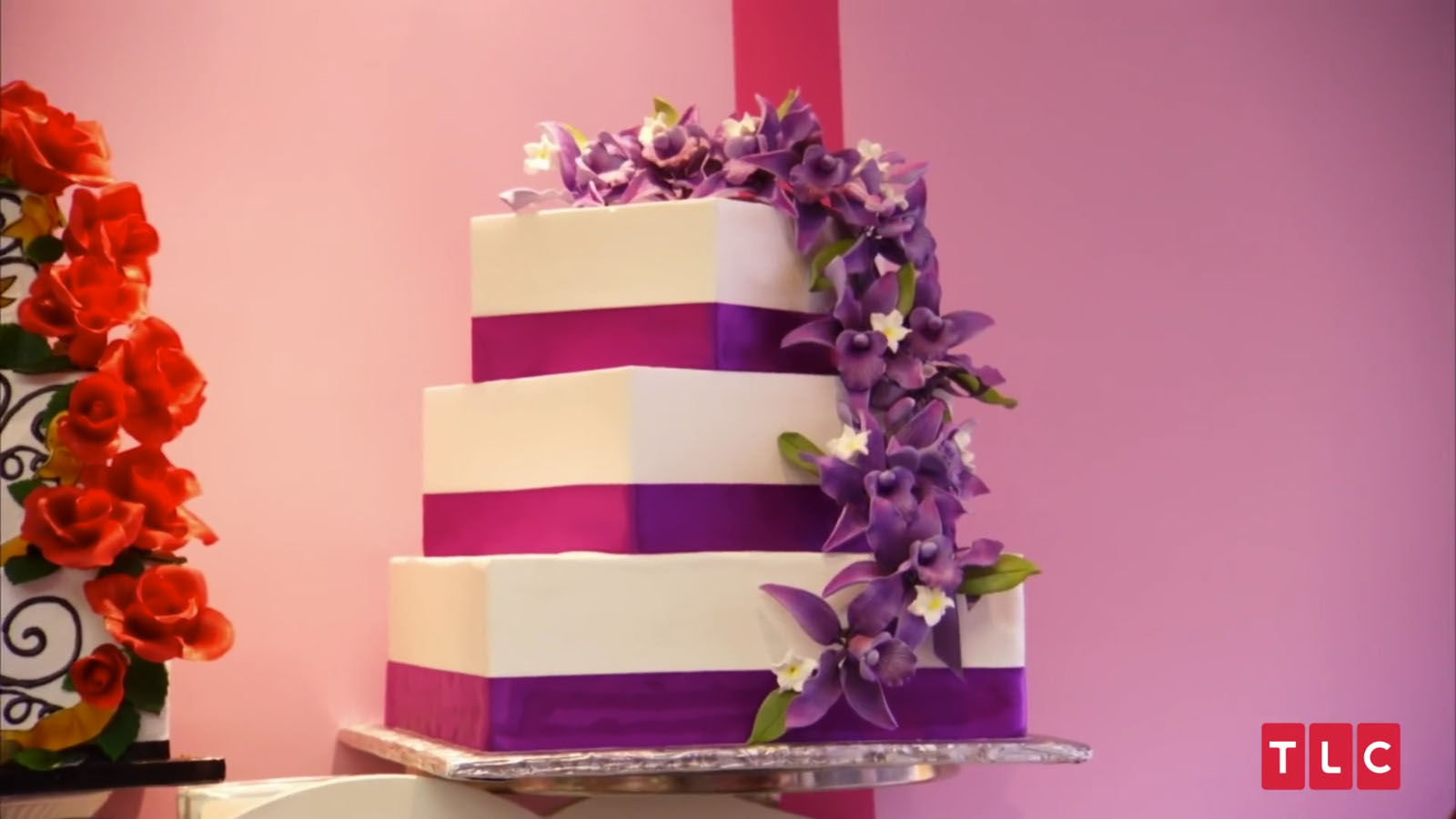 Rather than spend money on a cake, Shelley borrowed a display cake from a bakeryCredit: TLC 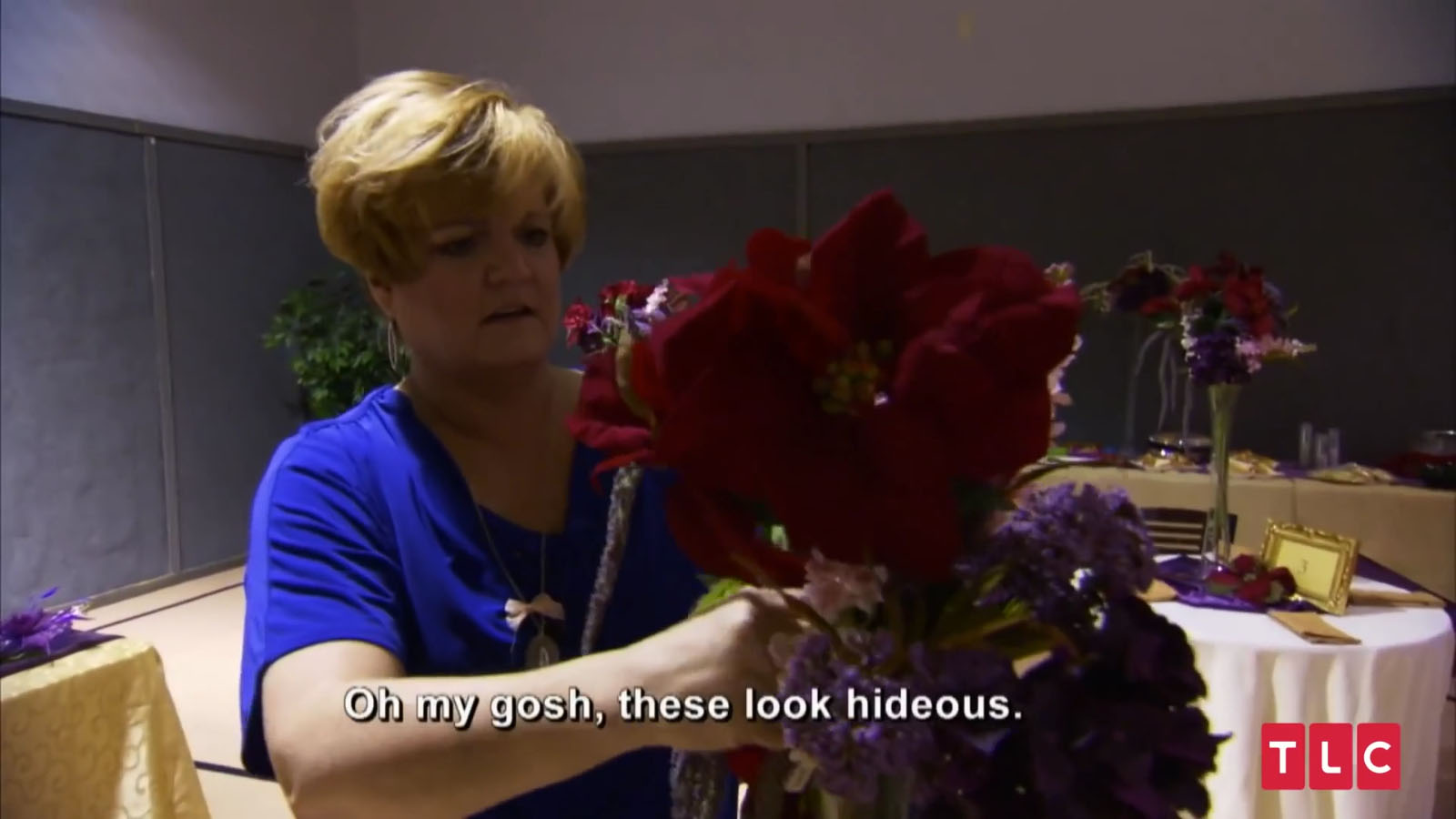 The mum secured the flowers for the wedding for less than $10 because they were Christmas bloomsCredit: TLC 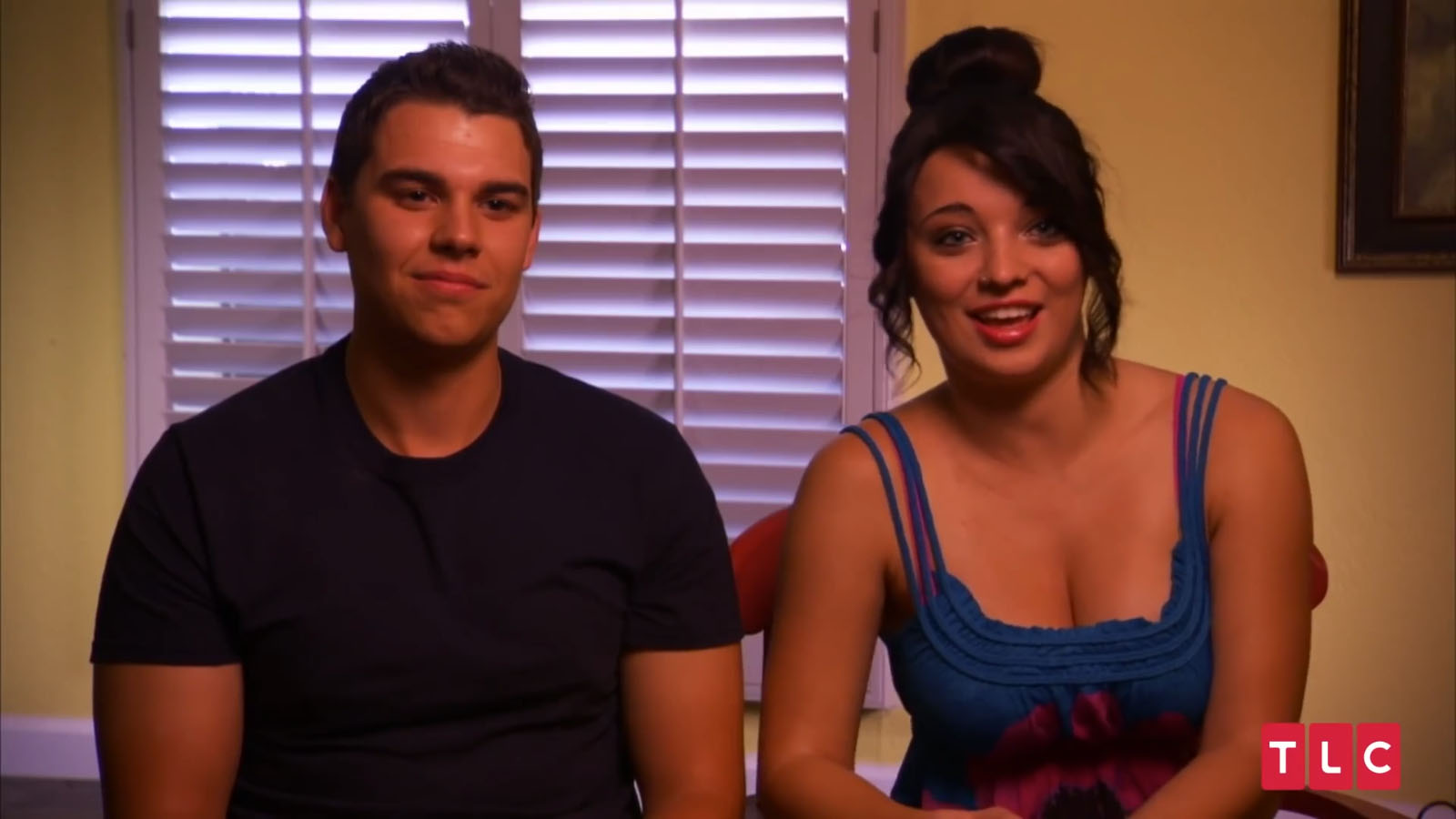 “They could have Christmas flowers.”

The mum bags an entire box of festive poinsettia for under $10 (£7) dollars, much to her delight.

When the mother and daughter visit a local bakery, Shelley is horrified to hear the sky high costs of a wedding cake.

But the thrifty mum soon comes up with a solution. 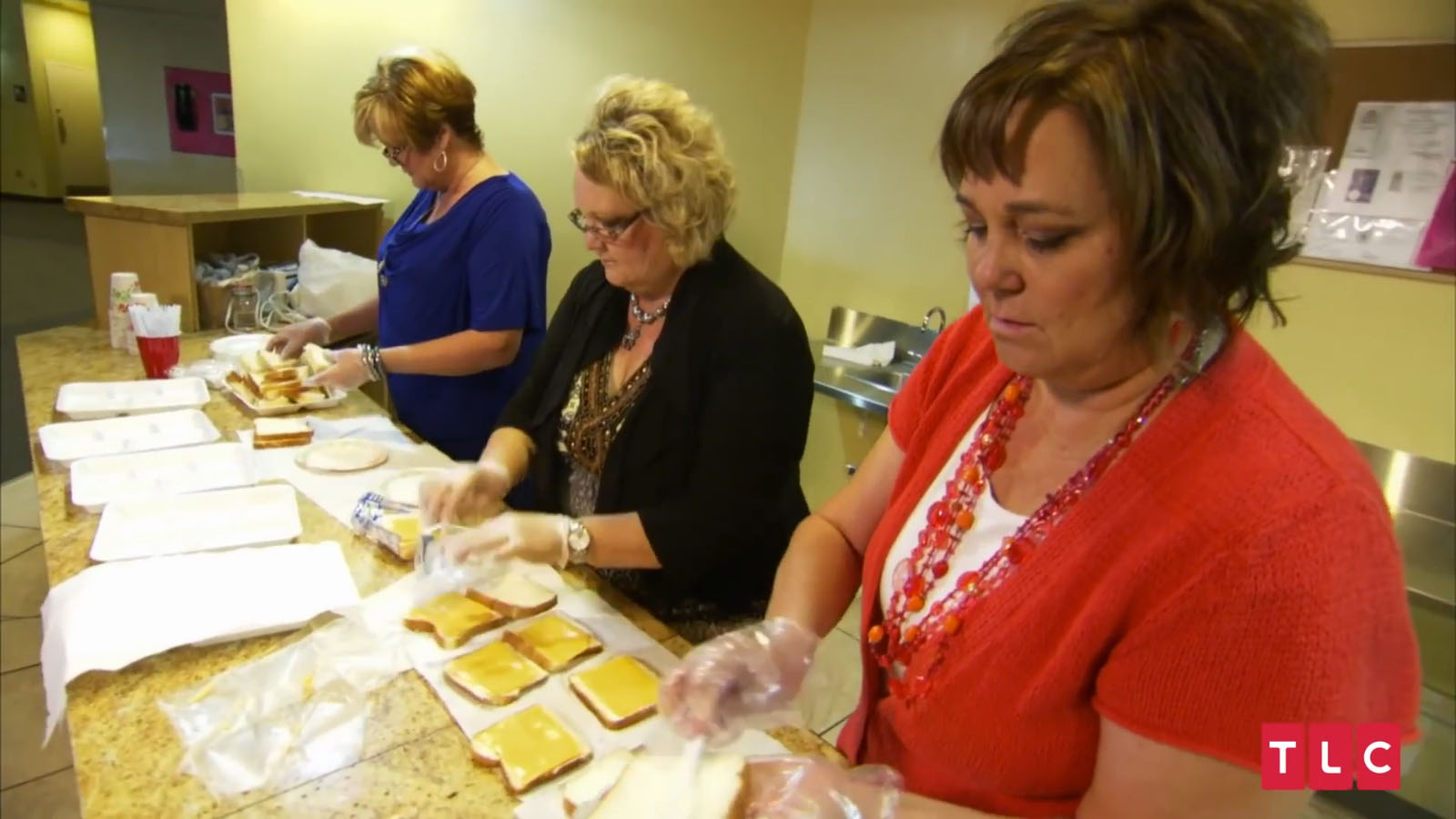 Guests are treated to burger cheese sandwiches as well as being encouraged to bring their own food and boozeCredit: TLC

She will bake a cake to give out to guests and they will simply borrow a display cake from the bakery.

“I think the display cake was the better option for their wedding because it didn’t cost us anything, it was free”, she says.

While Ashley was dreaming of picking out her dream wedding dress at a boutique, her mum has other ideas, taking her to a pawn shop.

Ashley has the choice of three dresses, and miraculously she finds one, but sister Britney points out it is covered in rat urine.

But this is music to Shelley’s ears as she is able to shave off even more from the cost, bagging the dress at a bargain $75 (£53).

When the big day finally arrives Shelley’s friends are roped in as caterers, preparing burger cheese sandwiches and serving them on school trays. 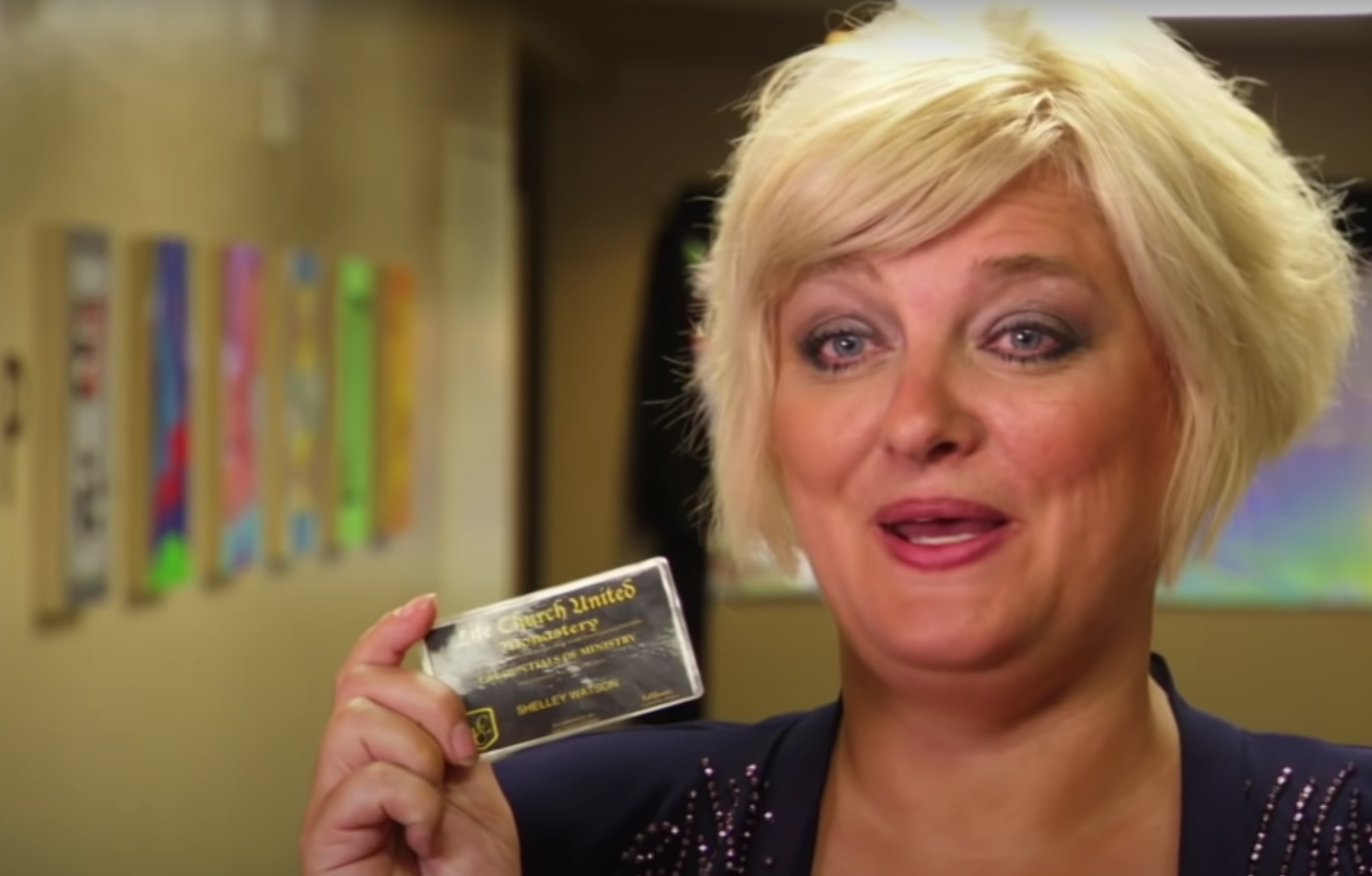 And Shelley saves $300 by officiating the ceremony herselfCredit: TLC

The couple didn’t realise Shelley would be marrying them until they made it down the aisleCredit: TLC

Groom Colby, who got ready in the boys’ loos says: “I’m not totally psyched about where and how we’re getting married, but I am excited to make that commitment to Ashley.”

As the organ music is played through a laptop, Ashley makes her way down the aisle only to be met by Shelley at the end.

She says: “The biggest secret about this wedding that I have not told anybody yet is that I am an ordained minister and I am going to officiate this wedding.”

In a final money-saving move Shelley saves another $300 (£200) by officiating the wedding herself.

In other wedding news, this mother-in-law wore an identical dress to the bride.

And this bride asked for wedding ring advice online – but gets savagely trolled for the ‘horrifying’ state of her nails.

Plus this bridezilla DUMPED her sister from the bridal party after she gained 1.5 stone during lockdown.