A WOMAN explained that she found another woman’s dress at her boyfriend’s house on her “weekly search” and decided to put it on and invite him round to see his reaction.

The TikToker explained that she usually looks through her fella’s things and this time she found a red minidress.

The TikToker explained that she does a weekly search of her boyfriend’s houseCredit: tiktok/@123pam321 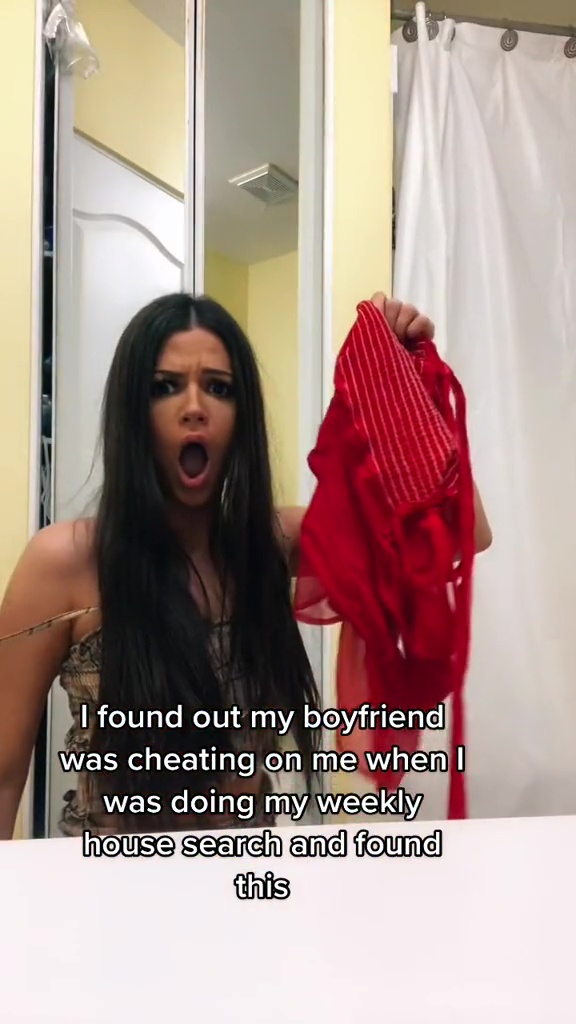 She explained that she realised he was cheating when she found another woman’s dressCredit: tiktok/@123pam321

The savvy girlfriend went online and found a girl he followed on Instagram was pictured wearing the dress.

In the video, she said: “I found out my boyfriend was cheating on me when I was doing my weekly search and found this.”

While the “weekly search” concept is highly dubious, she recreated her exploration with a few hilarious clips.

After having a dig around the woman came across a red minidress that wasn’t hers.

She said: “After a deep Instagram search dive, I found a girl he was following wearing it.”

Once again performing a reenactment of the scene, she showed herself crying into a Burger King takeaway and looking on her computer.

She said: “I put it on and asked him to come over to see his reaction.”

She then posed in the frock and positioned herself on her bed ready for his response on arrival.

Fellow TikTokers were impressed by the ballsy response to uncovering his deception.

Another said: “I want to see his reaction.”

Sadly, the influencer didn’t reveal what her bloke’s response was when he realised he had been caught red handed, but we would have loved to be a fly on the wall. 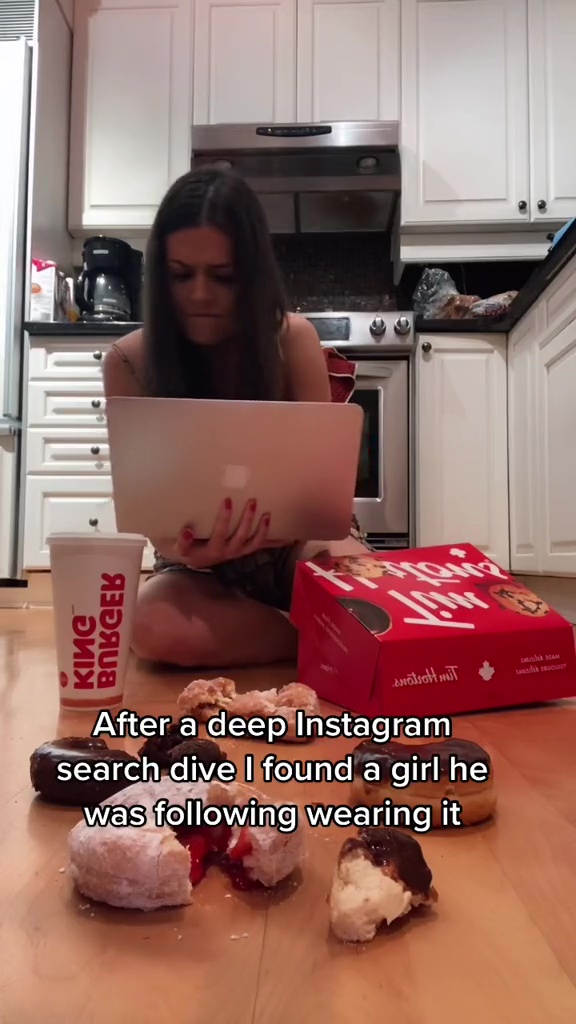 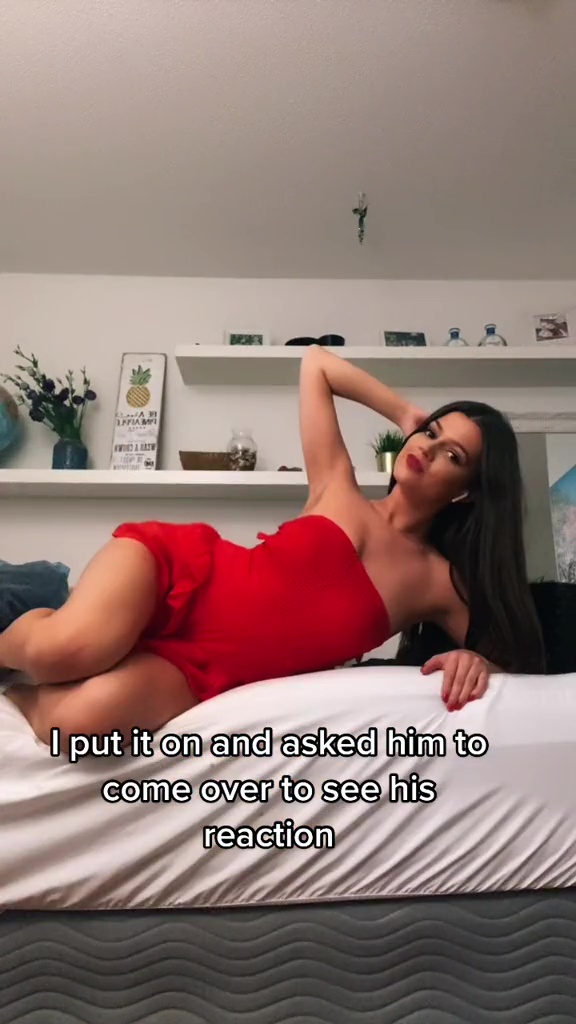 She then put on the red frock and invited him over to see his reactionCredit: tiktok/@123pam321

For more relationship stories, this woman’s  boyfriend was desperate to buy her Christmas present without any help – but it couldn’t have gone more wrong.

And this savvy young couple borrowed mum’s ring and “fake engagement” to get room upgrade and a fancy dessert at The Shard.

Plus this woman showed up to her Tinder match’s house for first date and there were police EVERYWHERE – but she still went out with him.

Woman reveals stomach-churning moment she ‘found out partner was cheating’

Tags: BoyfriendcheatingdressTHE TIKTOKER explained that she was doing her 'weekly search' of her boyfriends place when she discovered another woman's dress.ThoughtWomans