A WOMAN has revealed she feared her husband wanted a divorce when he asked for a “serious chat” – but then announced he bought her a CASTLE as a gift.

Jude Edgell was on a beach walk with husband Terry when he made her childhood dream come true by buying a fairytale castle.

Jude was shocked when Terry revealed that he had bought her a castleCredit: WNS

The stunning castle was snapped up for £775,000 but the only snag was that it was a “bit of a wreck” needing years of work.

Terry, 56, made the announcement after telling Jude, 58, he wanted to have a serious chat – and she feared he wanted to separate.

She said: “I thought he was going to say divorce and he was very quiet, but he said: ‘It’s too late, they accepted a bid on the castle’.

“I didn’t believe him, so I checked on Rightmove and it said ‘sold subject to contract’. I said: ‘Is that us?’ and he said yes.”

The couple were looking for a holiday home in Spain – but decided to view 200-year-old Penllyn Castle near Cowbridge, Vale of Glamorgan, out of curiosity.

Businessman Terry later secretly put a bid in for the building before making the shock announcement of his big surprise spend on the beach walk.

Jude, from Aberdare, South Wales, said: “I wasn’t cross, I was happy because I’d always loved it but I was very scared as well, I knew it was going to change things.

“I’ve always known about the castle, I have lived by it, but never been in it.

“I remember when I was about 25 riding by it and I thought: “Oh my god, I can’t believe people live in houses like that.”

“When I walked into the drawing-room on that first day all the hairs came up on the back of my neck, and I still get that pull now, that connection.”

Terry, originally from Buckinghamshire, works long hours as CEO of Premier Forest Group – so the majority of the project is down to Jude.

She set up a team of specialist trade workers including a site manager, specialist conservation architect, archaeologist, heritage specialists and an engineer. 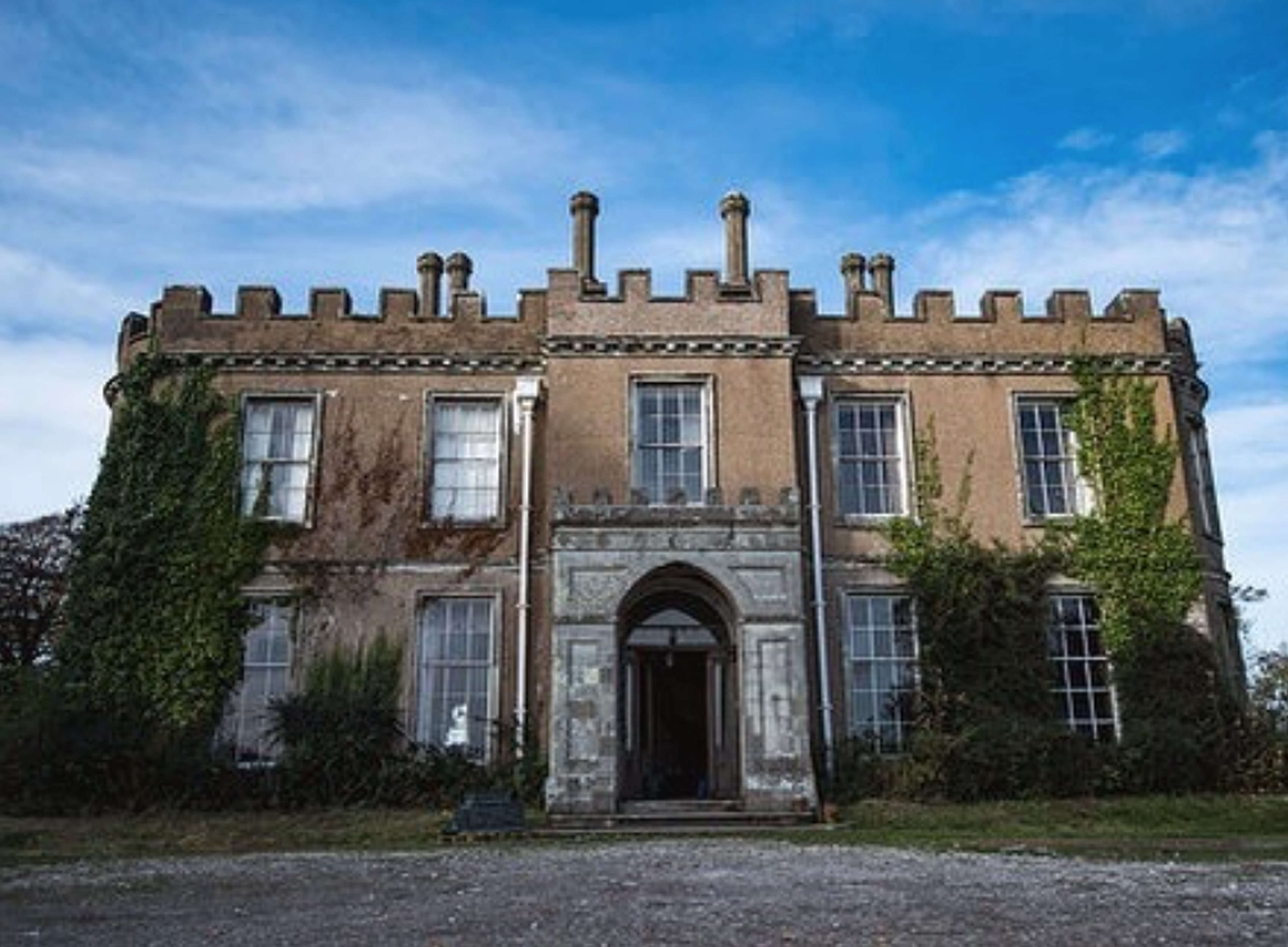 Jude was shocked and had to check on Rightmove that her husband was telling the truthCredit: WNS

Jude said: “I’ve also never had so many sleepless nights in my life, I feel totally overwhelmed, out of my depth, dealing with the size of the property, the problems, the fact that it’s listed.

“It’s really important to me that long after my days that it’s been done properly, I want it to be there for 100, 200 years, it’s safeguarding it for the future.”

The project has now been ongoing for three years and the couple are looking forward to more exciting home improvements in the hope of moving in in 2024.

The old castle even featured in a 2006 episode of Dr Who when actress Pauline Collins played Queen Victoria.

Jude found some scary monsters of her own and didn’t even realise the castle had a swimming pool – because it was overgrown with brambles.

Jude explained: “There’s a little enclosed courtyard right in the middle of the house and we’ve had pre-planning permission to have a glass roof put over it. 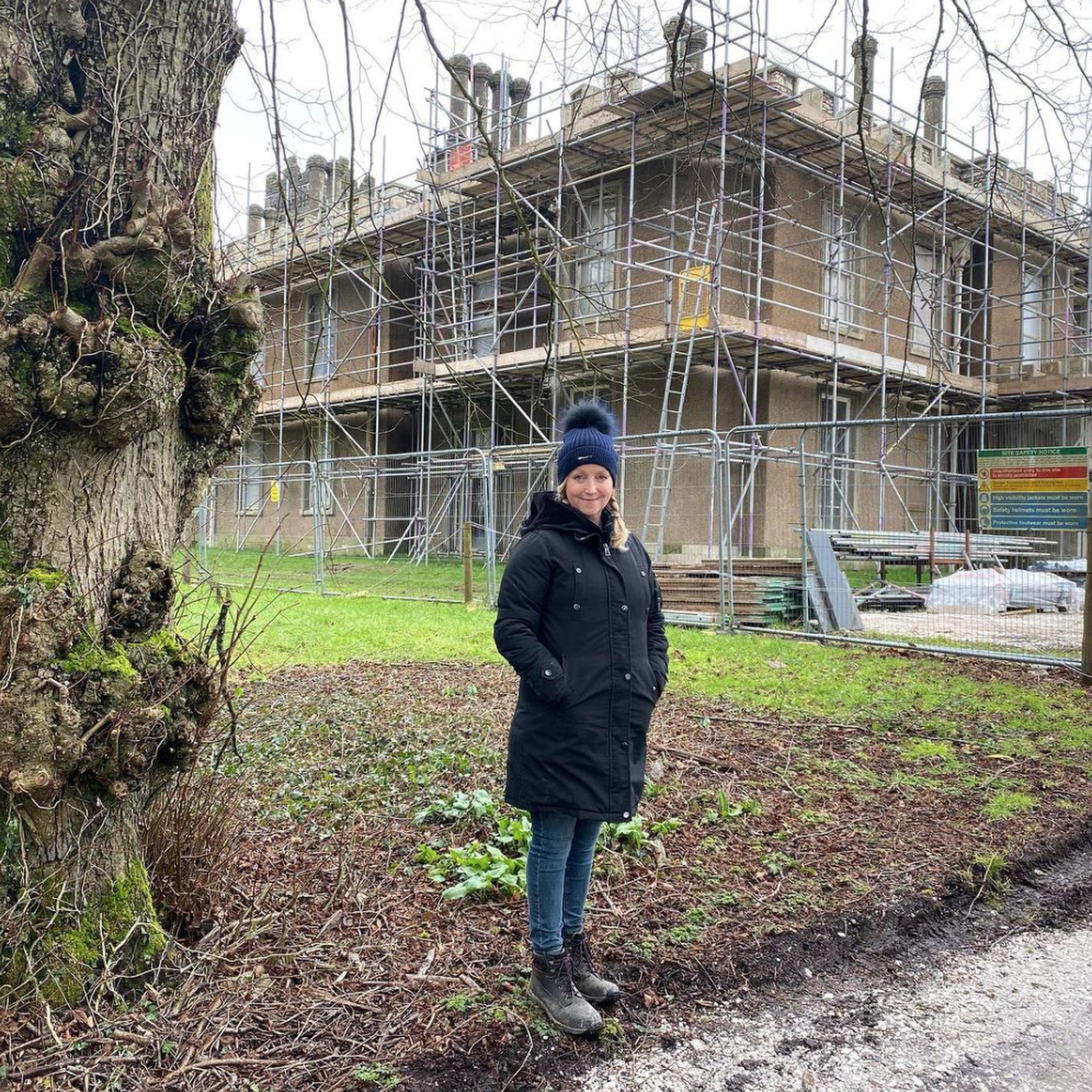 There’s a lot that needs to be done to the castle but it’s important to the couple that they do the work properlyCredit: WNS 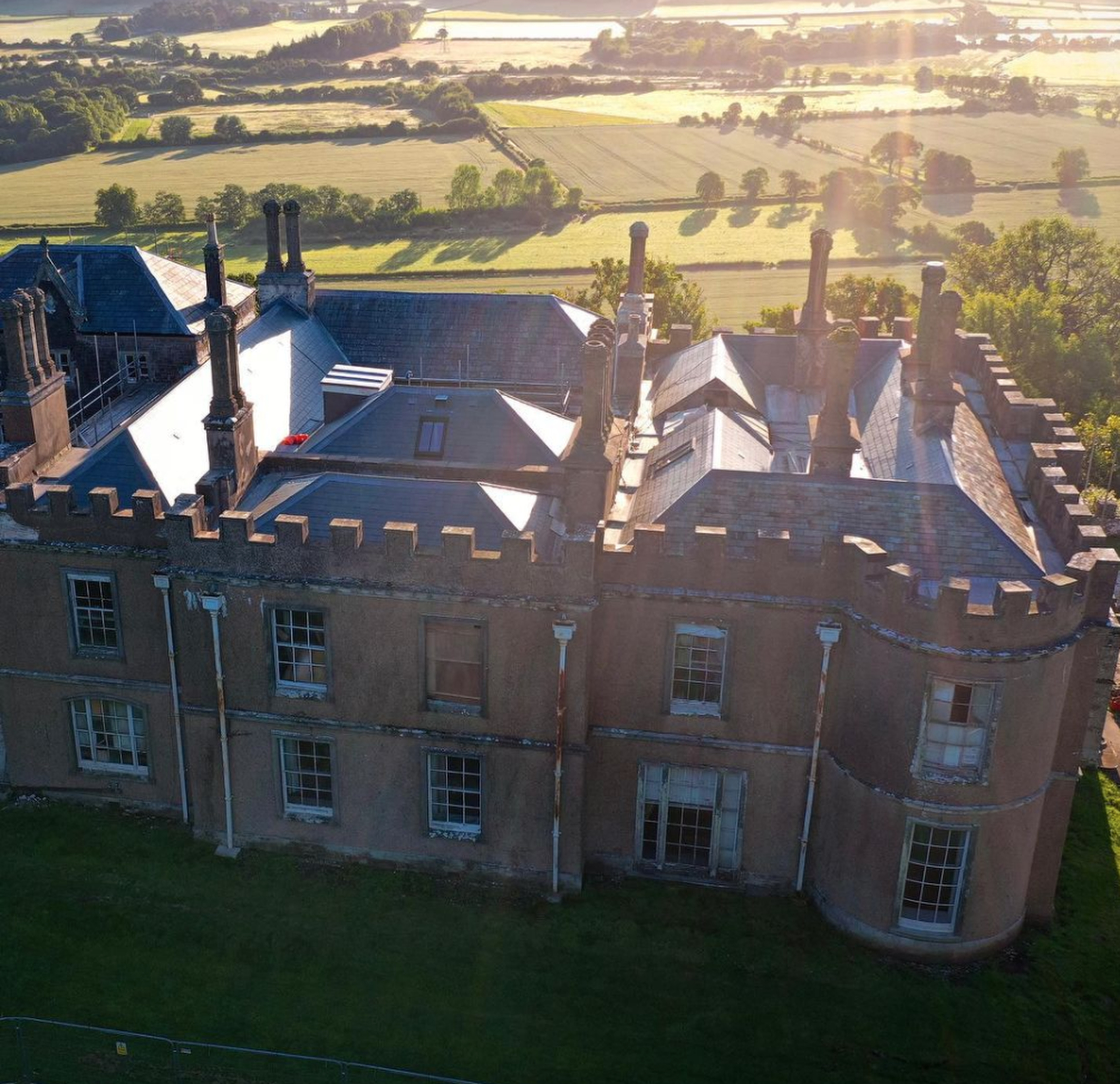 The house was built in 1790 for Lady Barbara VernonCredit: WNS

“Finding the swimming pool was a funny moment, they had a pool there and it had just been abandoned with just out a net over it and over the 20 years or so the brambles had covered it.

“We didn’t know it was there until our son Max stepped a corner luckily in the shallow end. The brambles gave way and he literally disappeared and dropped three-foot.”

The house was built in 1790 for Lady Barbara Vernon on the site of a Norman castle ruin. It was then left to her friend Miss Emilia Gwinnett.

Jude said: “I love the fact that a woman left it to another woman, and now we have a woman in charge of putting it back together.”

The couple say there is another two years of work left to do at the Grade II-listed property.

They are now hoping to restore the historic mirrors and crystal chandeliers inside.

Jude says the budget is a “rolling sum” – and added: “It will never be worth what it’s cost us in our lifetime. It’s a labour of love, it’s not about value.” 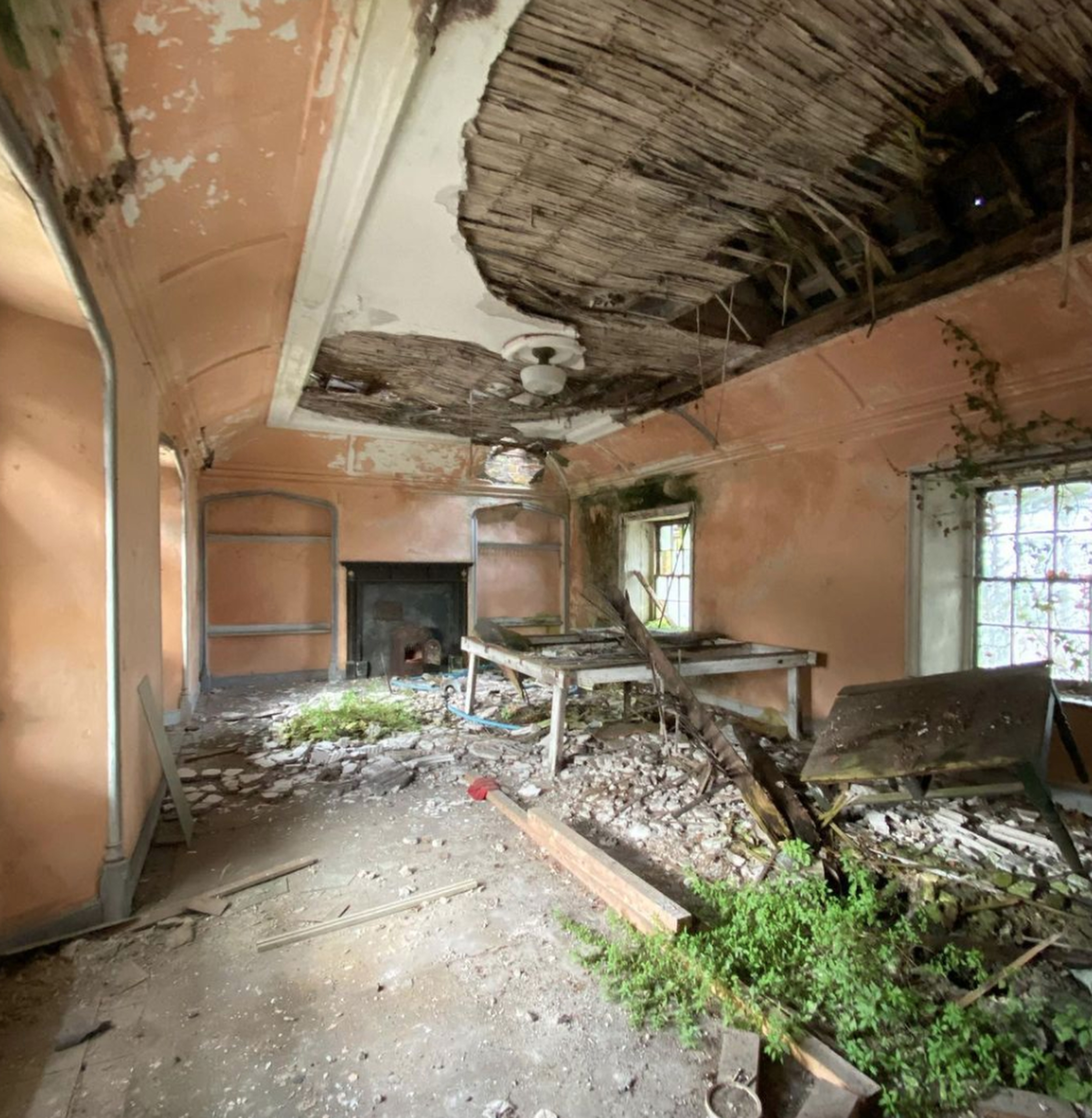 The couple are hoping to restore the historic mirrors and crystal chandeliers insideCredit: WNS 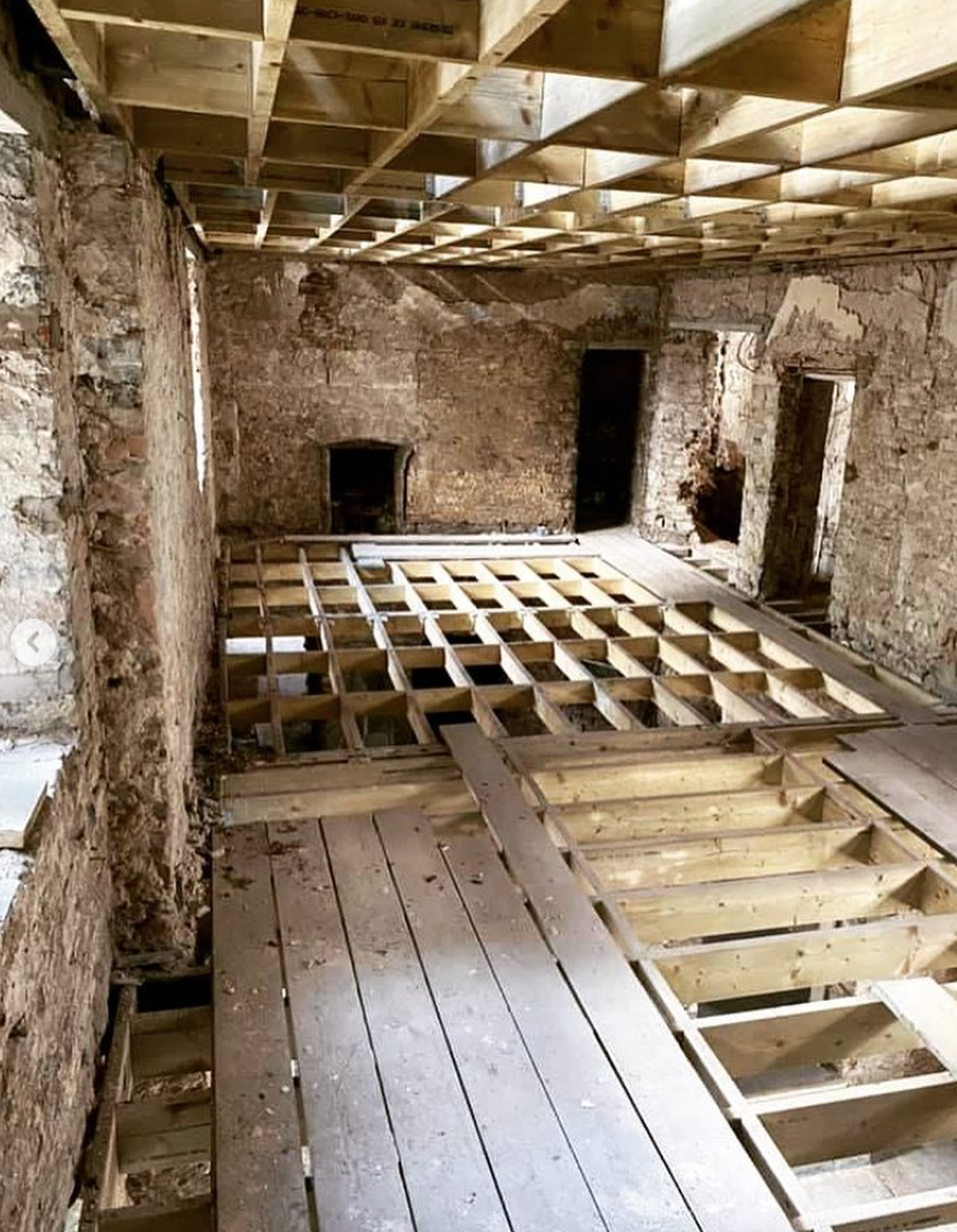 The couple have been renovating the castle for three years and have another two years of work to do on the propertyCredit: WNS 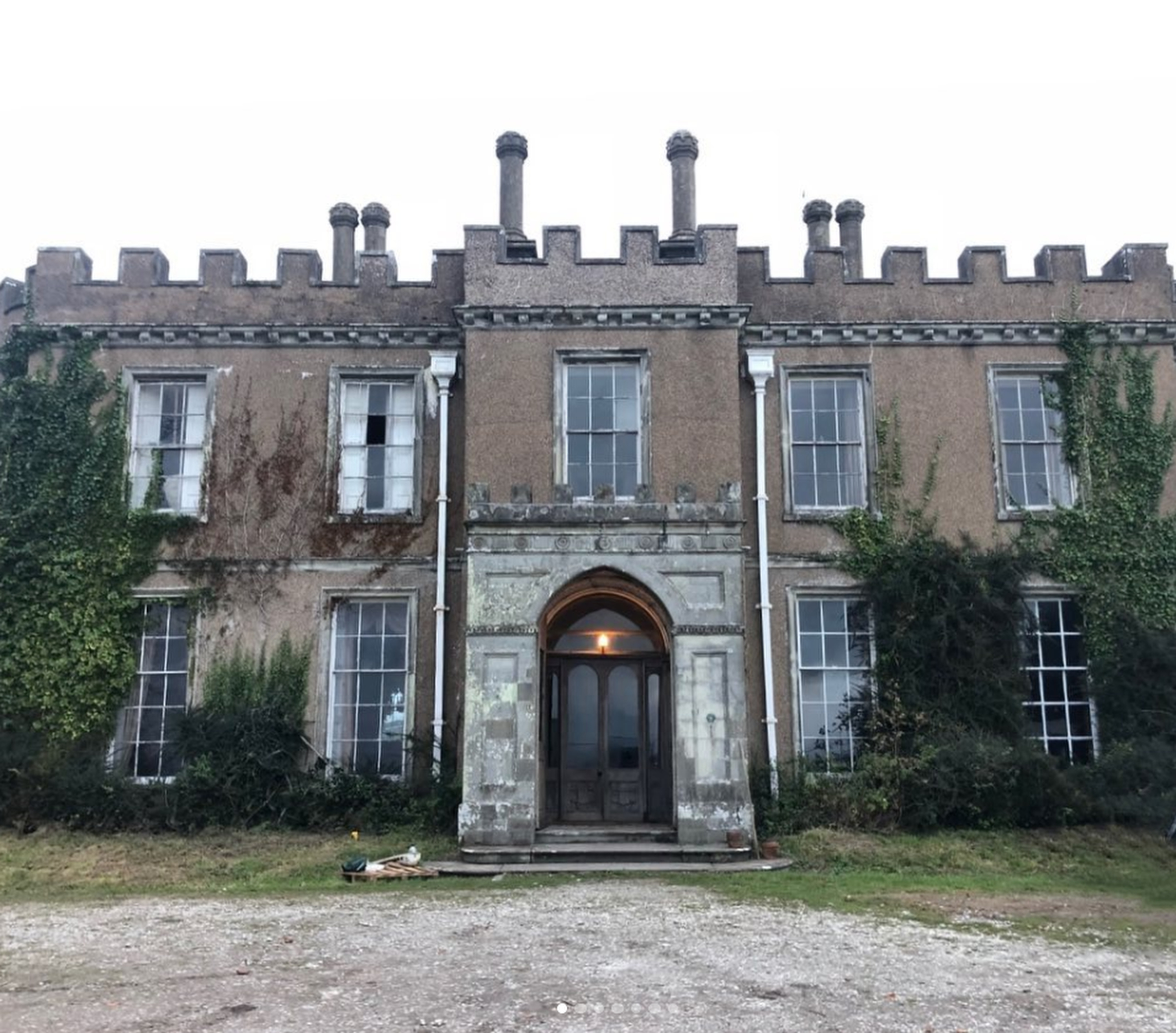 The couple are hoping to move into the castle in 2024Credit: WNS

Meanwhile, I turned a rusty old caravan at the bottom of the garden into a woodland haven, it’s like going on holiday.