But it did little to prepare Alice Levine for her new Channel 4 series, Sex Actually, where she found herself watching a couple bonking in their bedroom on the first day of filming.

Alice Levine, whose new documentary Sex Actually starts tonight on Channel 4, watched a couple bonking in their bedroom on the first day of filmingCredit: Robert Wilson – The Times 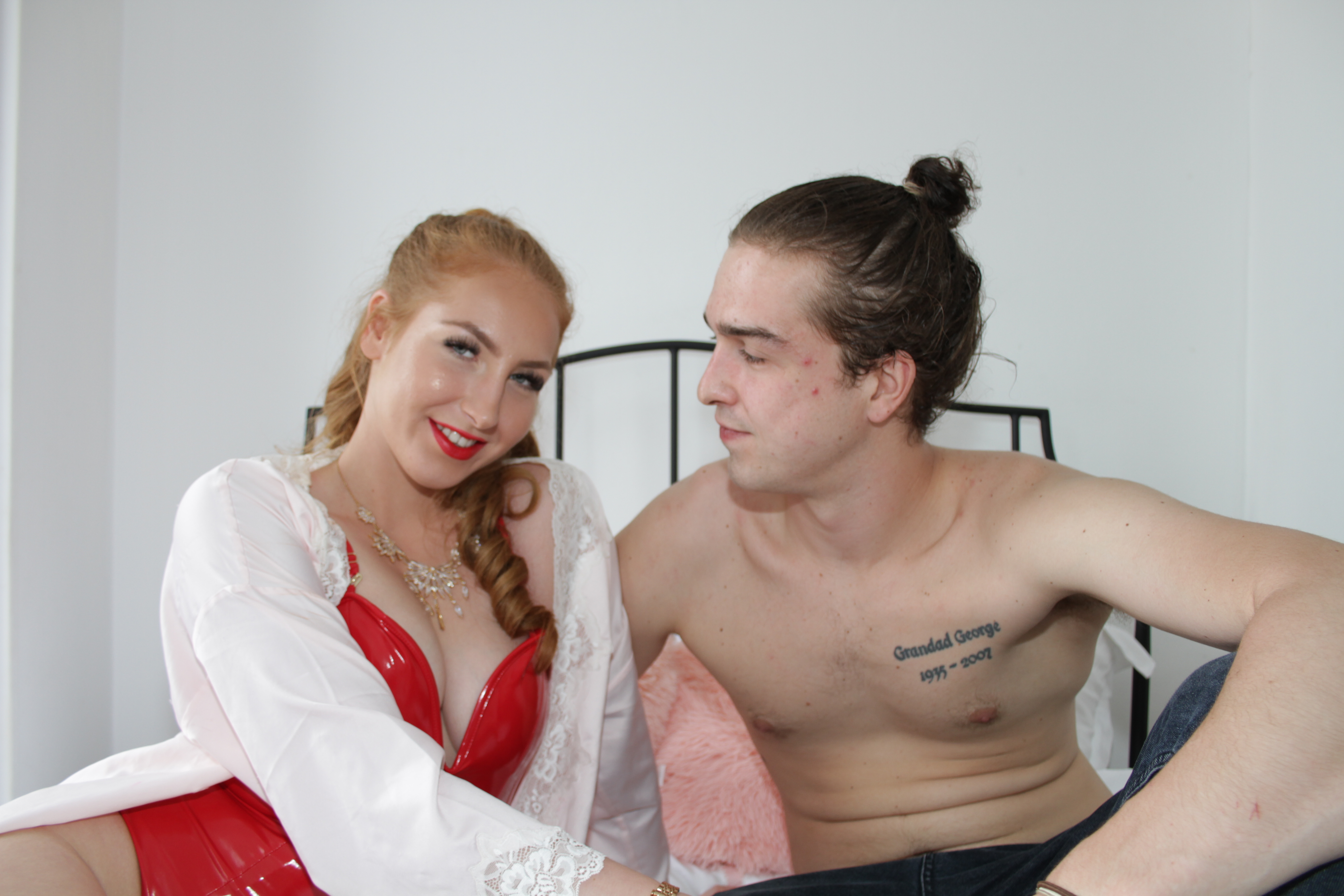 Kayla and Jack invite viewers into their bedroom and charge £1-a-minute for their live sex showCredit: Mindhouse Productions

Soon after, she was learning to flog naked bottoms and protecting her head with a helmet in a dungeon.

Sandwich shop worker Kayla, 21, and her boyfriend Jack, 27, a decorator, from the Newcastle area, started camming four months into their relationship to make some extra cash during lockdown.

They charge £1-a-minute for a live sex show. After a quick cup of tea, they invite Alice to watch them at it. And while she was impressed by their stamina and professionalism, she admits she did not know where to look.

She says: “I don’t know how you prepare yourself to be sat in somebody’s bedroom while they have sex. There’s no handbook for that. My sense of courtesy and propriety was like, ‘I can’t look away because they invited me to watch’.

“So I did a mixture of granting them some privacy by looking away at times, and also making it clear I was completely engaged. There was a momentary meeting of eyes at one point.

“Kayla was very maternal and she was really worried about how I was going to be during the show. She did catch my eye and give a smile, which was weirdly reassuring, actually. You never forget your first live sex show, as the old saying goes.”

With the growing sex-cam industry worth a £7billion worldwide, broke British couples signed up in their droves to make extra cash during lockdown.

Gay partners Cole and Callum, from Dundee and both in their 20s, make £170,000 a year together and regularly win awards for their content. Alice says: “It feels really timely, because it’s about the pandemic affecting people’s work and people trying to make ends meet in a different way.

“It’s a really great counterpoint to that story about pornography, which is that it’s inherently exploitative. These people have agency and they’re doing it with the person they love.”

Alice’s film also reveals how much work goes into camming. She says: “There’s a lot of technical stuff. That admin side of things isn’t particularly sexy, but it’s part of the job. If you’ve ever seen anybody take a selfie, that takes about an hour and a half. Just imagine you have not got any clothes on and how many photos you need to get that angle right.”

Alice’s adventures also see her meet couples who are into bondage and domination. Among them are married couple Jocelyn, 44, a model, and Hywel, 52, a photographer, who have a sex dungeon in their house.

It’s a really great counterpoint to that story about pornography, which is that it’s inherently exploitative.

Alice says: “That was surprising because they live in a chocolate box cottage, in the rolling hills of Wales, with a rose garden and a bucolic view. Jocelyn made us tea and homemade cakes then she said, ‘I’ve got to give you the house tour. This is our living room, this is our dungeon’. It was exactly as you would imagine. The stone was cold and drippy, they had some stocks in there and some chains.”

Hywel likes to tie up Jocelyn, who admits she “loves gags” and has a huge collection. But at the same time he wears a bike helmet for his safety because the roof is low and he is moving about a lot. Worried that Alice might also bump her head, Hywel dusts off an extra one for her.

“I realised quite quickly that Madam Storm actually is checking in with them quite a lot and that this is a very well-established dynamic.

“They were having a great time, but that was a conceptual leap for me. All relationships have some kind of power dynamic at play. What’s really happening about sub/dom relationships is all inequity is out in the open.”

People were very generous in sharing their world.

The series does not shy away from many of the more hidden aspects of sexuality — and Alice is thrilled to have shone a light under the duvet.

She says: “I was an outsider who wanted the experience of being on the inside. The point was to get into the nitty gritty of it and to get under the sheets. People were very generous in sharing their world.” 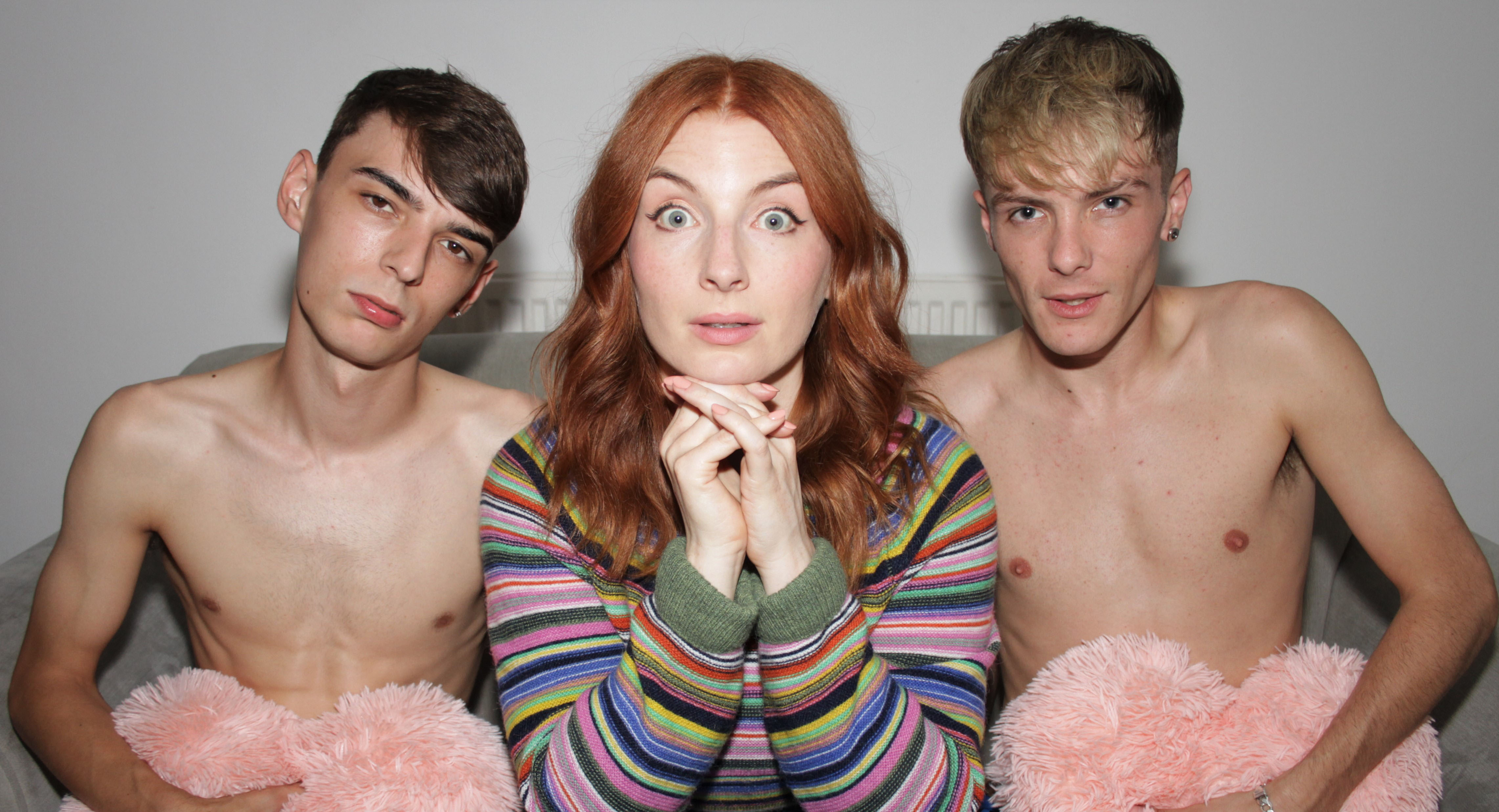 Alice with gay partners Cole and Callum, who make £170,000 a year together and regularly win awards for their contentCredit: Mindhouse Productions 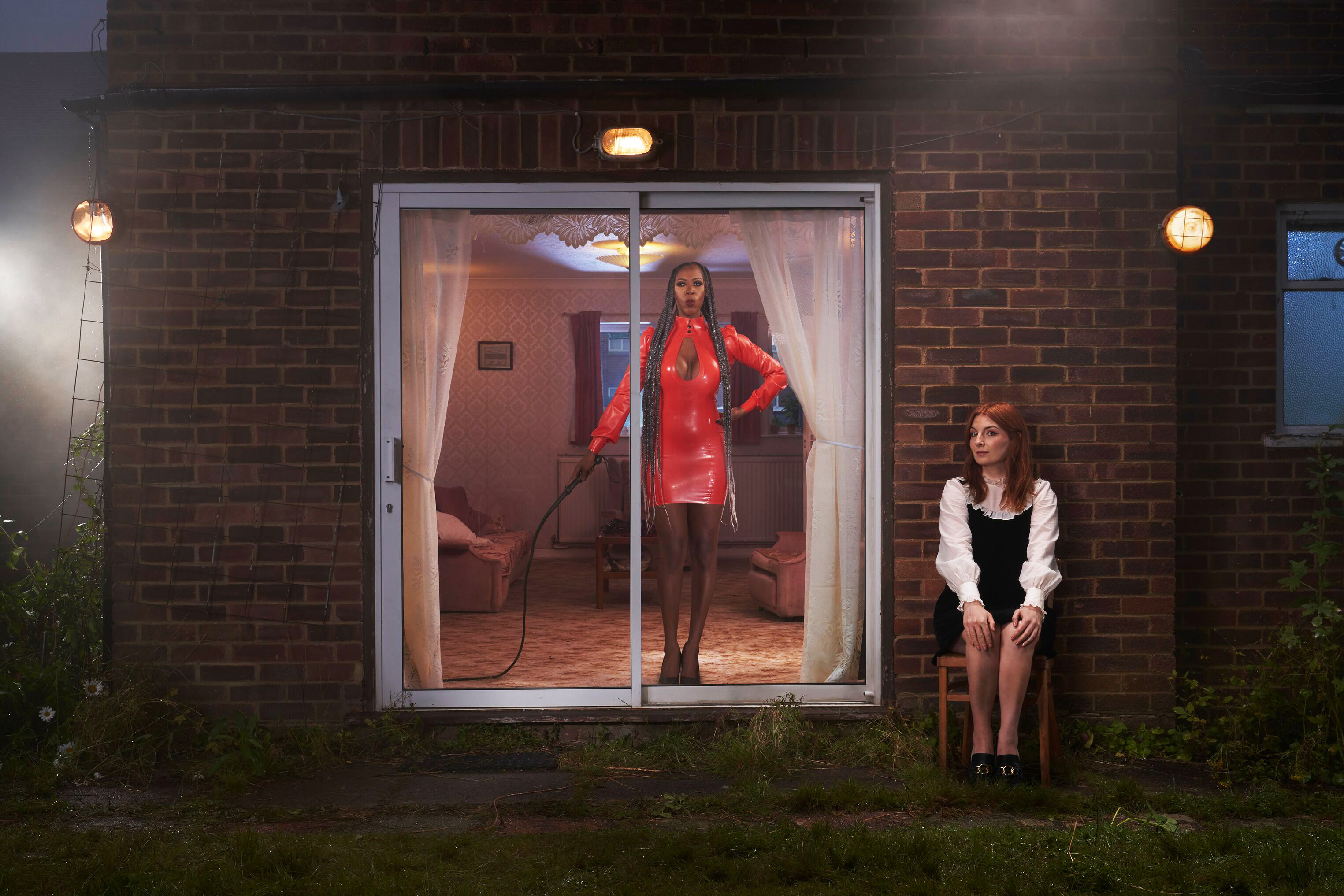