Racking up the mile high air miles is just one of my sexual fantasies (Picture: Matt Crockett)

It’s a lot harder to join the mile high club – a name for those who have had sex in an airplane – if you’re a Muslim woman.

I should know, I’ve tried once – well sort of. I’d never thought about it until I was on an overnight flight from London to Dubai, and it felt like something I should have already crossed off my bucket list.

I glanced around for hotties, but I also got the sense that they were probably saving themselves for the bikini babes onshore in Dubai.

I wear a hijab and so I think it sends them a loud, if unintended, signal to keep it moving. Guys never approach me with any interest, despite the fact that I’m a woman, too.

I tried smiling at one guy on the plane, and he didn’t notice. The air hostess did though, and looked at me as if to say ‘nice try’, before putting out the lights. As for the fella, he put his eye mask on, none the wiser, and I put my ear plugs in to drown out the sounds of snoring.

For me, it’s always the same. No matter what background men are from, they all make the same assumptions, that I – a Muslim woman – couldn’t possibly desire sex. They couldn’t be more wrong.

On the other hand, the ones who aren’t ignoring me, who might have a slight interest, seem so turned on by scoring a hijabi that they’re not concerned with exploring any of my turn ons.

I don’t think it’s a big ask wanting to get laid onboard a flight. I like the idea of it being in such a tight space and being at the mercy of more than one type of turbulence.

There’s also the knowledge of being ‘in it’ together, as you really only have each other to depend on in trying not to get caught. 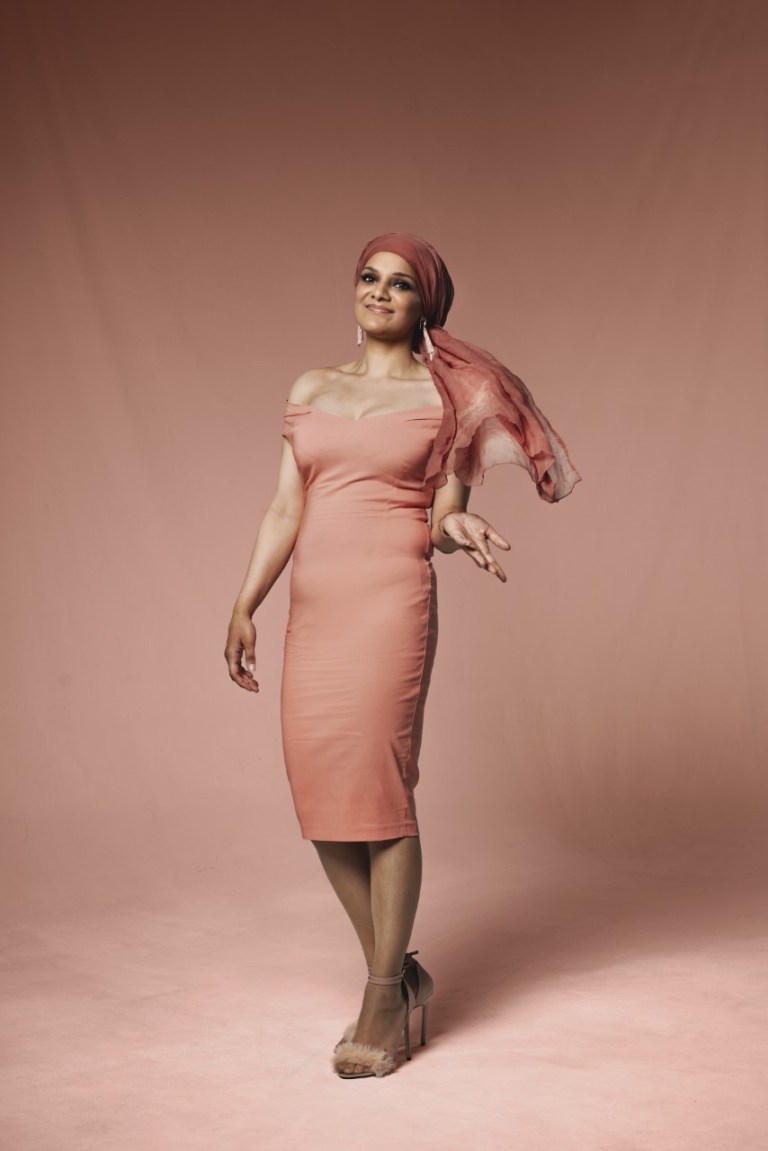 I am, confidently and happily, a sexual person (Picture: Matt Crockett)

Though the odds of me graduating from the mile high club may be low, nothing worth having is easy. I reckon I’d get away with it, and if I did get caught I could play the comedian card and say that it was for ‘research’.

I could pretend that I slipped and fell on a dick in the bathroom (not very plausible, but as many people who cheat would say, it can happen).

I could claim I didn’t know that any laws applied 40,000 feet high up in the sky. I’m not sure any of this would hold up under questioning but I want to experiment and live freely, so I’m willing to give it a go.

Interestingly, there’s a Las Vegas based air charter company who offer 45-minute flights aboard the ‘Love Cloud’ for the price of £735. This service is mainly for couples but can accommodate groups of three to four for less than an extra £200 per head (pardon the pun). I feel like I’ve earnt it but honestly, I will not be paying for this experience.

While going the official route tends to seem easier, litigiously speaking, half of the fun is in the risk and danger of doing something you’re not supposed to. Hopping aboard the ‘Love Cloud’ takes away the spontaneity of the fantasy.

By scheduling it in advance, it becomes a bit mechanical, with the pilot knowingly taking you up and down while you’re going up and down.

When I bring up my sexual fantasies, men usually want to take credit for them

I’ve thought about getting my mile-high club membership in a hot air balloon instead and, don’t get me wrong, I wouldn’t say no – but it’s a bit too open air and cold!

I was even propositioned on the London Eye once, but the guy in question was a player, and expected me to pay for the tickets – needless to say that things with him didn’t take off.

But racking up the mile high air miles is just one of my sexual fantasies.

My other fantasies are more down to earth. I really want to do it in a restaurant. I’d love to do it on top of a snooker table and also on a boat.

What I’m trying to say is that the men I’ve seen have always prioritised what they needed and wanted, both emotionally and sexually. And when I do bring up my sexual fantasies, men usually want to take credit for them – as if I had no real sexual desires and past experience because of my hijab, and they’ve ‘enlightened’ me. They’re surprised I even toy with such desires.

All of this is to say that I am, confidently and happily, a sexual person. I’m just also a Muslim woman. The two don’t need to be mutually exclusive. In fact, they can happily come together in one person – me!

I hate that as a society we don’t talk more openly about sex or our desires. Pleasure is really important to me and I get that it’s a personal thing, but so often it feels like these things are dismissed.

In my debut memoir, Sex Bomb, I write about all of the things I didn’t know about love, sex, romance and how to be satisfied growing up. Inadvertently, it may be a ‘how not to’ manual for my readers.

While it doesn’t come with a step-by-step guide to risky sex locations, there are a lot of takeaways for other people who might be struggling with relationships, self-worth and love. And remember, if at first you don’t succeed – there’s always the return flight.

Now I know what I deserve, I am looking for the guy of my dreams. He’s really tall, psychic, funny and gorgeous. He will be looking to take our relationship full throttle as we keep each other on a high altitude.

So, if you happen to bump into me looking suspicious at the airport, avoiding eye contact or with something stuffed under my burka, it’s not a weapon of mass destruction – it’s just my sex bomb.

LIANNE Wynn, a teaching assistant, 35, lives in Leatherhead, Surrey, with her husband Martin, a sales co-ordinator, 37 and their...

Couple marries after falling in love during Covid quarantine in hotel

Is it normal develop feelings for your friend’s partner?

My toyboy man might be 15 years younger but he struggles to keep up with ME, says Denise Welch