DATING can be tricky for most people, but this woman seems to have it easy and pays her man to do anything she wants.

Julie, 44, is a proud cougar and sugar mama whose man is 15 years her junior and earns a cool £11k a month just by being her boyfriend.

Julie is 44 and a proud cougar and sugar mamaCredit: @julie.withthebooty/Tiktok 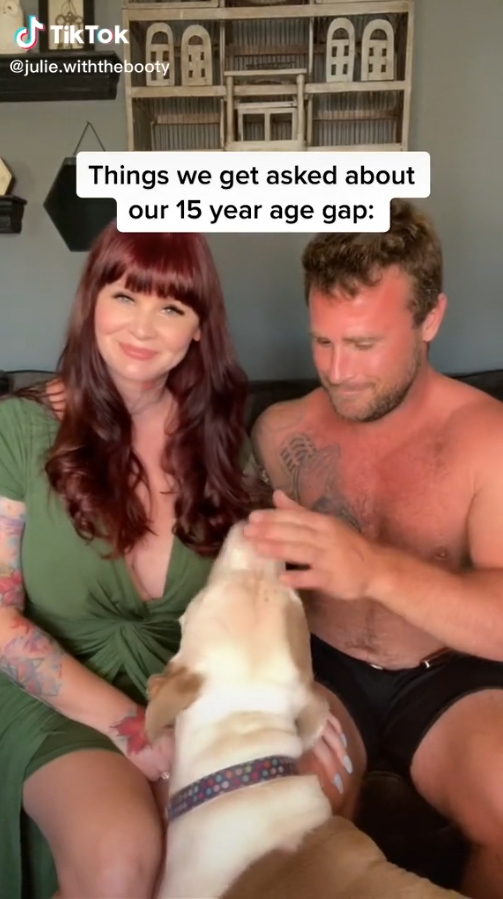 The 44-year-old, who posts under @julie.withthebooty, shares details about her relationship on TikTok where she proudly flaunts her youthful looks and playful personality.

She revealed that she only dates younger men because they can “keep up with her”, but there are benefits to dating an older woman too.

According to Julie, there’s “no drama” with an older woman and despite what people think she’s “never worried” that her man will leave her for someone younger.

In one clip on TikTok, Julie revealed some of the questions she often gets asked about her life as a sugar mama.

She admits that she buys her younger man “anything he wants” and in return, he does “anything I want.”

“I lowered it because last month he forgot to clean the pool,” she wrote on TikTok, but did not reveal what the previous amount was.

People joked in the comments that they’d happily clean the pool if it meant getting paid such a high amount.

Particularly if it means doing it in your knickers as her man was seen doing in the background of her video.

Julie says she’s often told she “doesn’t look 44” with some saying she looks like she’s in her “late twenties.”

“good genetics,” one person wrote in the comments. 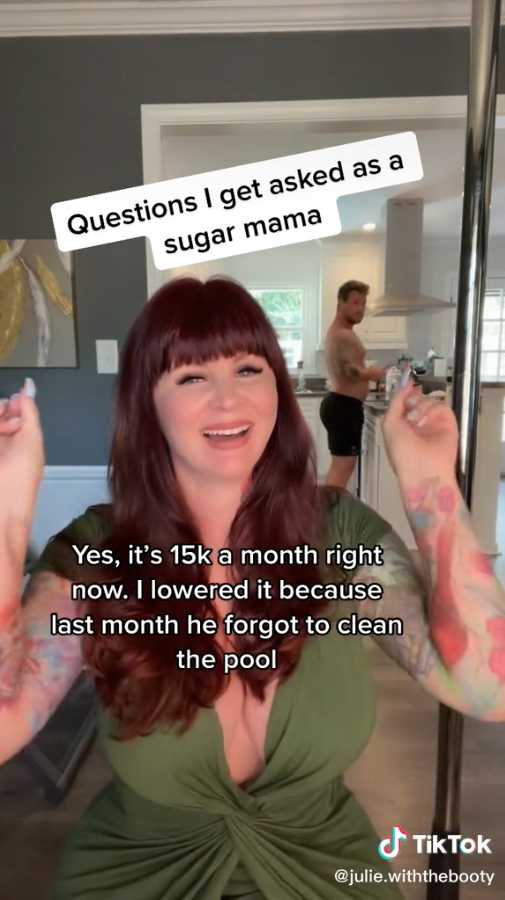 She says she pays him a monthly allowance to do whatever she wantsCredit: @julie.withthebooty/Tiktok 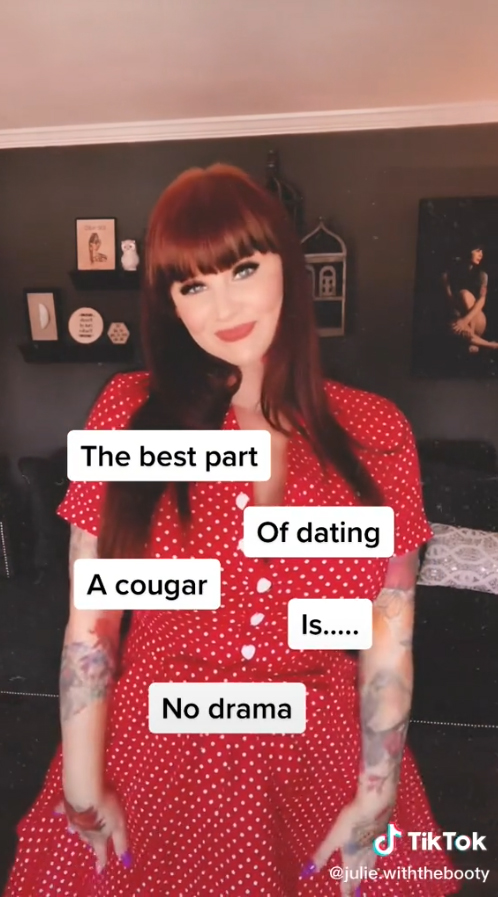 She says there are benefits to dating a cougarCredit: @julie.withthebooty/Tiktok

In more relationship news, this woman says, ‘I’m 41 and dating is a minefield – I had to dump a 22-year-old as he was my mate’s son & I’m sick of being catfished.’

And this man is 24 & married to a 61-year-old – people say it’s disgusting and she looks like his gran but he can’t stop snogging her.

And a man claims to be a sugar daddy who has lavished £10k on women. 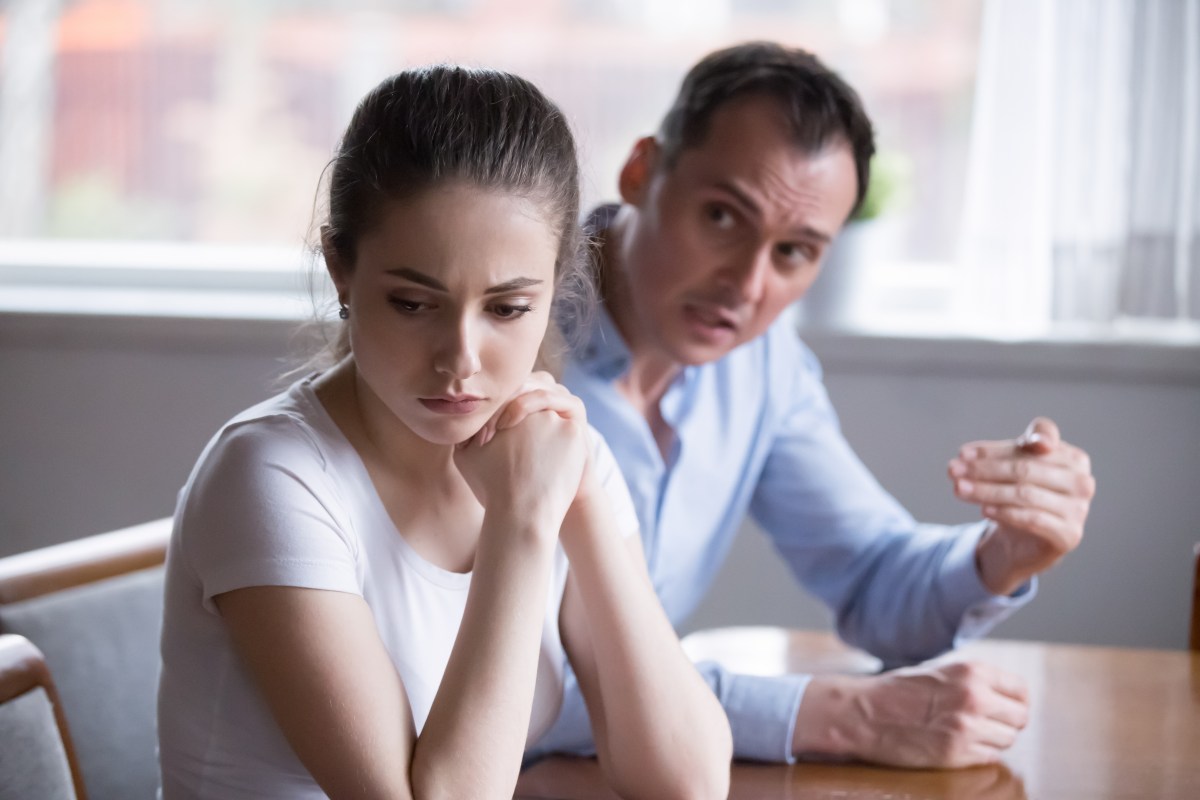 WE all have items with sentimental value we will never let go off - if we're moving countries or houses,...