EVERYONE wants to be pretty, right?

But one woman has revealed the downfalls of being attractive, when she found herself uninvited from her brother’s wedding, because her sister-in-law thought she was too pretty and wanted all the attention on her.

A woman has taken to Reddit to reveal she was uninvited from her brother’s wedding, after her sister-in-law said she was too pretty and didn’t want the attention away from herCredit: Getty

The woman took to Reddit to explain that she has been uninvited from her brother’s upcoming wedding, after the bride-to-be informed her that she wanted ‘all eyes to be on me, not you’.

Although she said that she’d be happy to ‘skip makeup and wear a simple dress’ so as not to outshine the bride on her big day, her sister-in-law wasn’t having any of it.

According to the dismissed wedding guest, her sister-in-law has always been jealous of her appearance, regularly commenting on her clothes and make-up.

Not only this, but her sister-in-law is clearly jealous, as she often tells her she should dress her age – despite her only being 24. 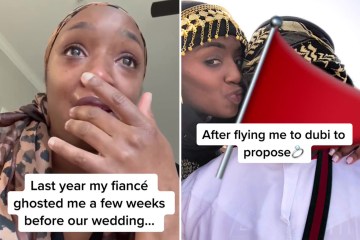 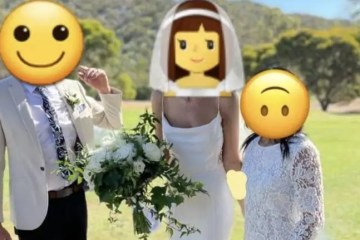 The woman revealed that she has never risen to such remarks – even when it’s been implied that she’s ‘shallow’ for wearing makeup.

But now that the sister-in-law is due to get married next month, the woman explained that she has had some ‘awkward encounters’ with her fiancé.

Taking to Reddit, she explained: “Like when I was wearing a slightly low-cut dress, he kept glancing towards my chest. He’s also stared at my legs in the past. And he’s usually confident and extroverted, but kind of gets shy and stumbles while speaking to me.”

“My sister-in-law recently spoke to me in private and asked me to not come to the wedding.

“She said ‘I deserve to be the most beautiful person at my wedding, and you’ll spoil that for me. I want all eyes to be on me, not you.’

“I told her I’d skip makeup and wear a simple dress, but she made it clear I couldn’t be there.

“Since I know she doesn’t like me, I didn’t argue with her. I don’t even like social situations so this was a win for me.

“Later I told my husband what she’d said, and informed him that I wasn’t going.

“He got angry, called her and said that was a cruel thing to do, and said he wouldn’t attend either if I wasn’t invited (I hadn’t asked him to do that, I had mentioned the whole thing pretty casually).

“Later my SIL sent me a long text calling me a b**ch for snitching to him, and wanting to ‘flaunt my looks’.

“So was I the a**hole because I told him the reason? I know she’s insecure about her looks, so maybe I should’ve come up with another excuse.”

While the woman now feels slightly guilty for telling her husband about the conversation, many fellow Reddit users feel that it’s her sister-in-law who should be feeling guilty, not her.

One person wrote: “Why should you hide the truth from your husband for your sister-in-law who has disrespected you on a consistent basis? Wouldn’t he have noticed at some point that you weren’t joining him at the wedding?

“Did she expect this to stay secret? Your sister-in-law is angry because her man is weak in the knees over you. This is a her problem, not a you problem.”

Another said: “You should go on vacation with your hubby while the wedding is happening and blow up social media with bikini pics. Then again, I’m petty…”

A third commented: “What was she supposed to tell her husband the morning of the wedding when he noticed she wasn’t getting ready to go? SIL needs to grow up.”

Ellen says heterosexual relationships need to be a balance of masculine and feminine energies (Picture: Ellen Schultz/SWNS)A relationship coach has...