AN iPhone repairman got more than he bargained for after finding a $100 bill and a surprising note inside a device he was fixing.

The technician shared a clip to TikTok sharing the shocking note he found inside the phone cover, after a bloke came in and dropped off his mobile for what seemed like a routine repair. 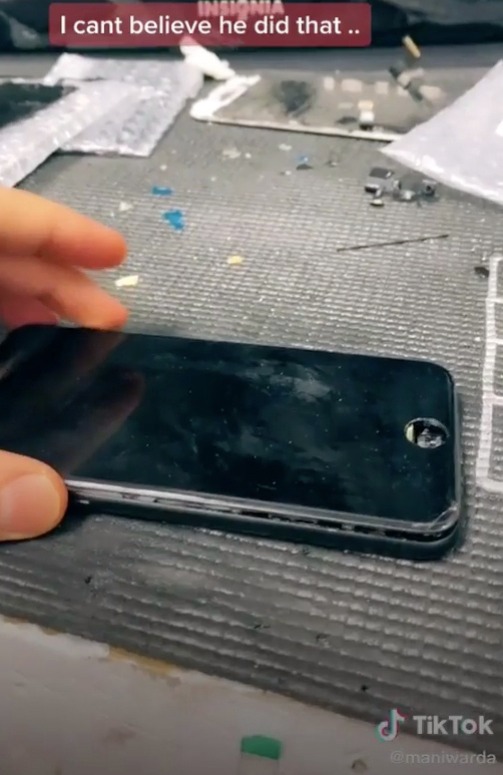 An iPhone repairman got more than he bargained for when a customer brought in a device to fix Credit: maniwarda/TikTok

The phone expert says: “So this customer and his wife came in earlier and they gave me his phone to fix.

“Anyway, I came in the back, I opened it up and this is what I found inside.”

Inside the case was $100, and a note pleading not to fix the phone. 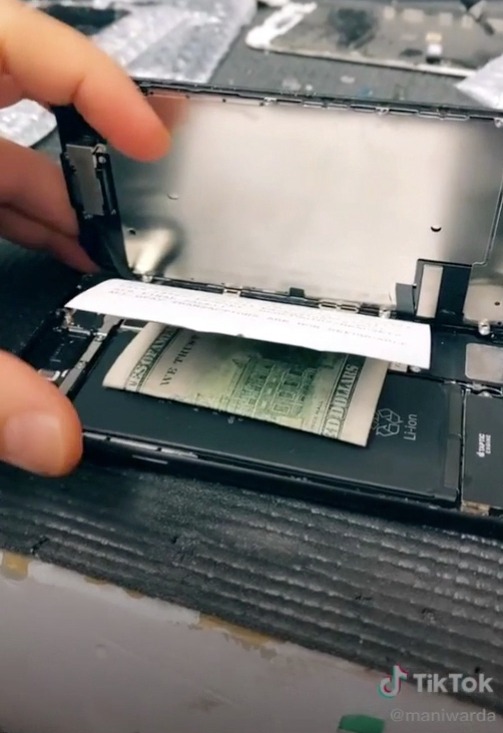 The technician opened up the phone to find a surprising note and a $100 billCredit: maniwarda/TikTok

The message said: “Please tell my wife the phone is unfixable.

“She wants to check the phone history. $100 dollars is yours, thanks.”

The repairman captioned the video “unbelievable” and “can’t believe he did that”, as he asked his followers: “What do you guys think I should do?” 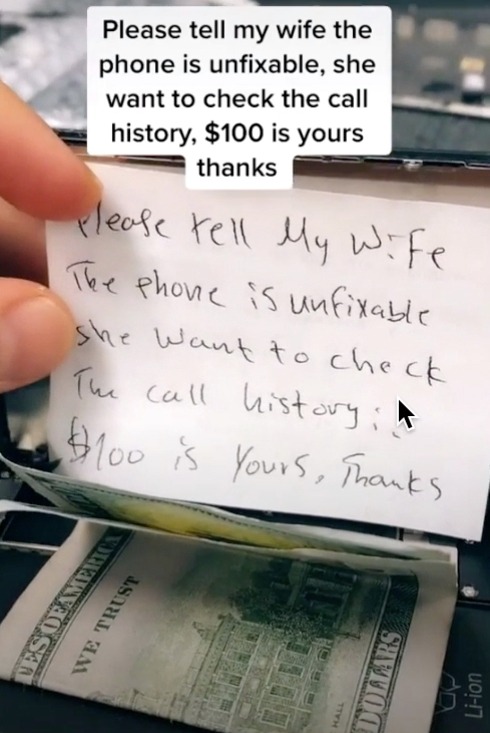 It seems the husband had been unfaithful and was trying to cover his tracks Credit: maniwarda/TikTok

The TikTok clip has been viewed more than two million times, as people were divided over how the worker should respond.

One person said: “Keep the hundred and tell her.”

Someone else thought: “Keep the hundred and respect the bro code.” 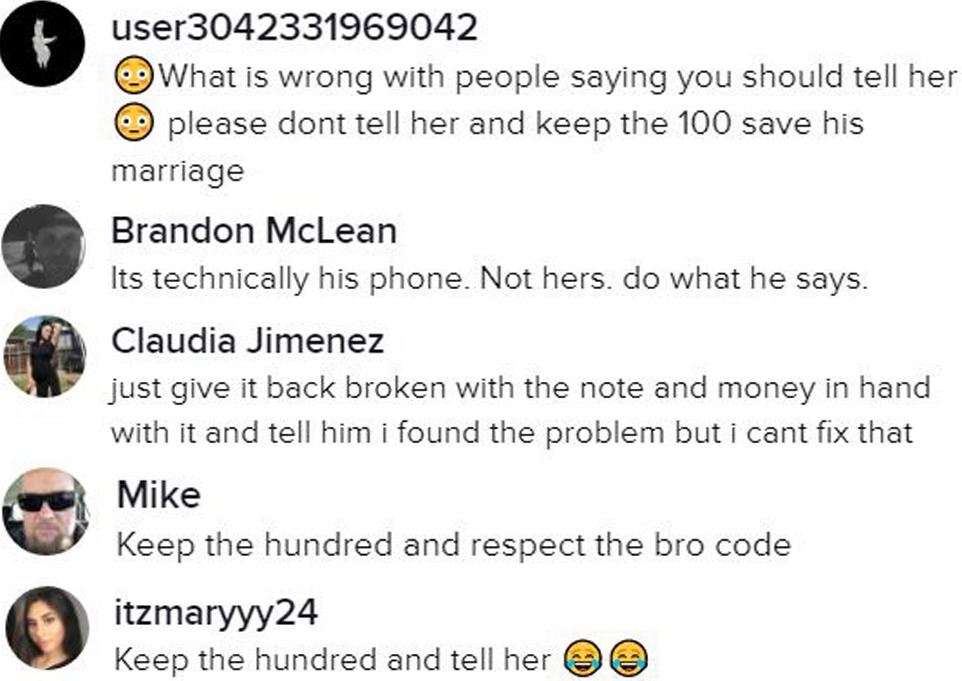 The clip has been viewed more than two million times and it divided opinion Credit: maniwarda/TikTok

A third commented: “Just give it back broken with the note and money in hand with it and tell him I found the problem but I can’t fix that.”

This person thought: “It’s technically his phone. Not hers. Do what he says.”

Horrified, this person pleaded: “What is wrong with people saying you should tell her. Please don’t tell her and keep the 100 save his marriage.”

Meanwhile woman stunned after she texted builder to ask why he walked out part way through a job and gets a very creepy reply.

Meanwhile this woman has the best comeback for a creepy bloke who asked to see her wearing a bikini she was selling.

And a woman receives a wrong number text about someone’s cheating boyfriend and sends the perfect response back.