I’ve been on 100 virtual dates during the pandemic

They say you have to kiss a lot of frogs to find your prince, and this old wives tale certainly rings true when it comes to Jodie Weston’s lockdown dating life.

The DJ and influencer, 27, may have been on 100 virtual dates with potential suitors during the coronavirus pandemic – but she says she is still on the hunt for her ‘Mr Jodie.’ 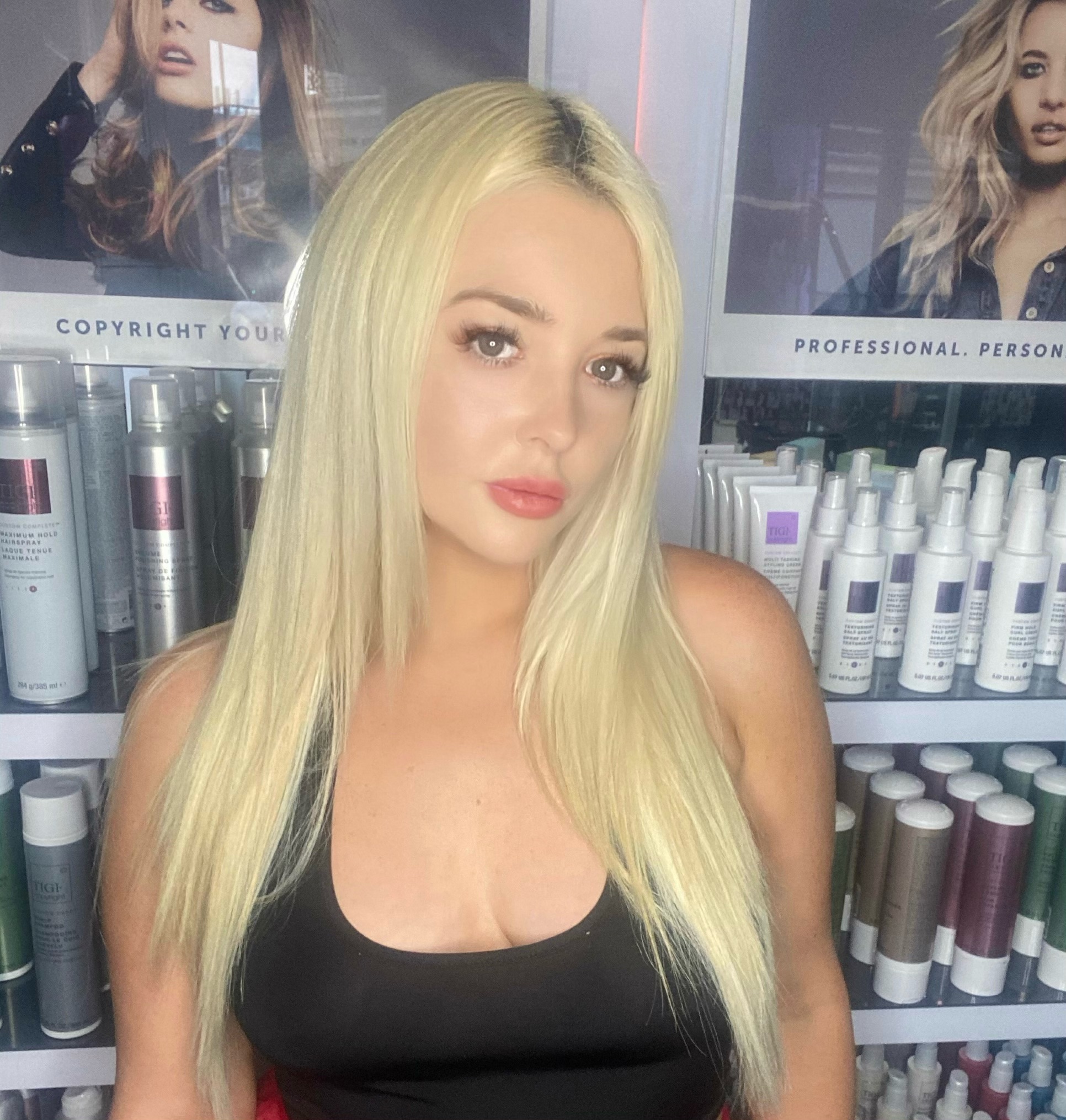 Jodie has been on a whopping 100 virtual dates during the pandemic Credit: Supplied

The glamorous blonde, from London, has become a ‘pro’ at dating during lockdown and has had her fair share of virtual dating disasters.

From one guy surprising her in a hideous Rudolph jumper at Christmas to another wallowing about his romantic history, she’s seen it all.

But Jodie, who rose to fame on TV show Rich Kids Go Skint, revealed ‘there’s never a dull moment’ as she continues her search for an ‘ambitious and loyal guy, with a pretty face’.

Admitting she’s endured some awkward virtual dates on Facetime and Zoom, Jodie said: ‘The first few minutes are always a little bit awkward but you get to see how they push through it. 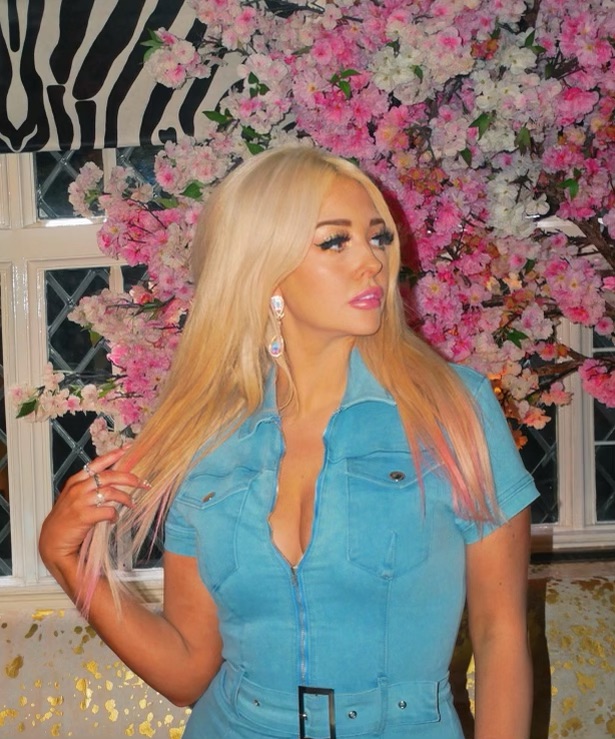 One of the worst experiences was a bloke whose wigged slipped while chatting to her Credit: Supplied

‘At the beginning, it was kind of bog standard dating with questions like “how are you? Where do you come from? What do you do? and what are your life goals?”

‘Then I decided to make it a bit more exciting and I started suggesting activities like cocktail making and I even did a paint by numbers on Zoom with one guy.’

Jodie said many men joked about doing virtual dates when she first started chatting to them, but she decided to ‘steal the idea’ and suggested it to her prospective suitors.

She admitted she loves being able to find out what people are like without meeting them.

But she joked she has been left pretending the ‘postman is knocking on the door’ or using ‘bad internet connection’ as her regular excuses to escape the most awful dates.

‘When these guys are in their own homes talking, you get a real sense of their character and their personality,’ she said. 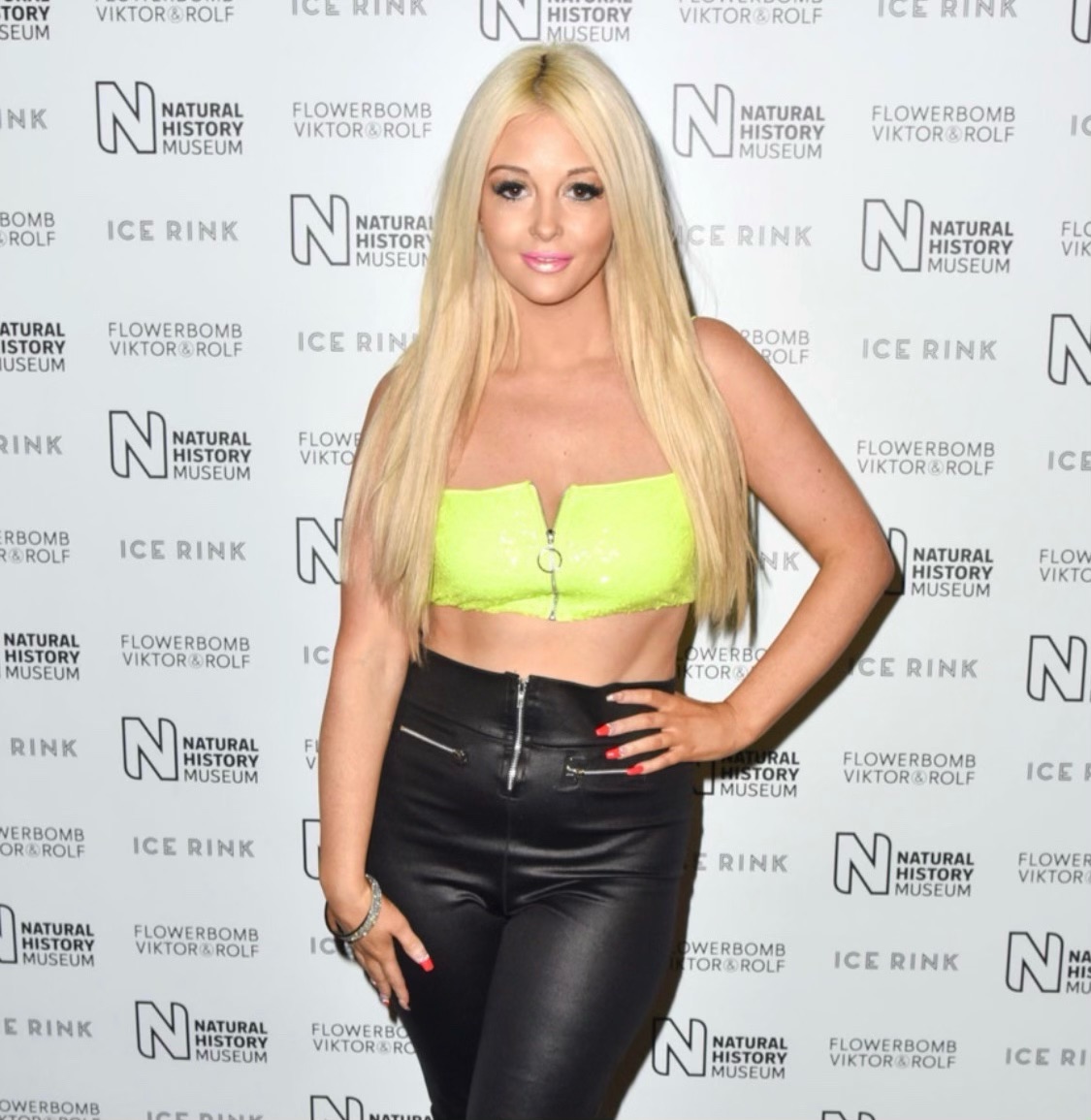 The glamorous blonde, from London, has become a ‘pro’ at dating during lockdownCredit: Supplied

‘And the other positive is that if it’s a really dry date, it’s not too awkward as it’s not in real life and you can quickly come up with an excuse to leave.

‘Lockdown has been boring so this has definitely been a way to spice it up. The guys have come from all different avenues – some from Hinge and some were friend recommendations.’

Despite 100 virtual dates with potential suitors, Jodie’s hunt for love continues as she only had ‘real dates’ when restrictions briefly eased, with six of her virtual encounters.

And the couple she intended to meet didn’t always go to plan as lockdown rules meant her dates were often cancelled and the men would ‘invite her over’ instead.

This was a huge red flag for Jodie, who shares her lavish lifestyle online, as she said it often put her off dating a guy again as she ‘knew what they’re hinting at’ by inviting her over.

She said: ‘There were a couple of guys I was gaining momentum with and getting on with so we would arrange to meet and then it would get cancelled because of covid.

‘Some guys would say “don’t worry, you can come over instead” and I always had to say “no, you might still be a serial killer.” 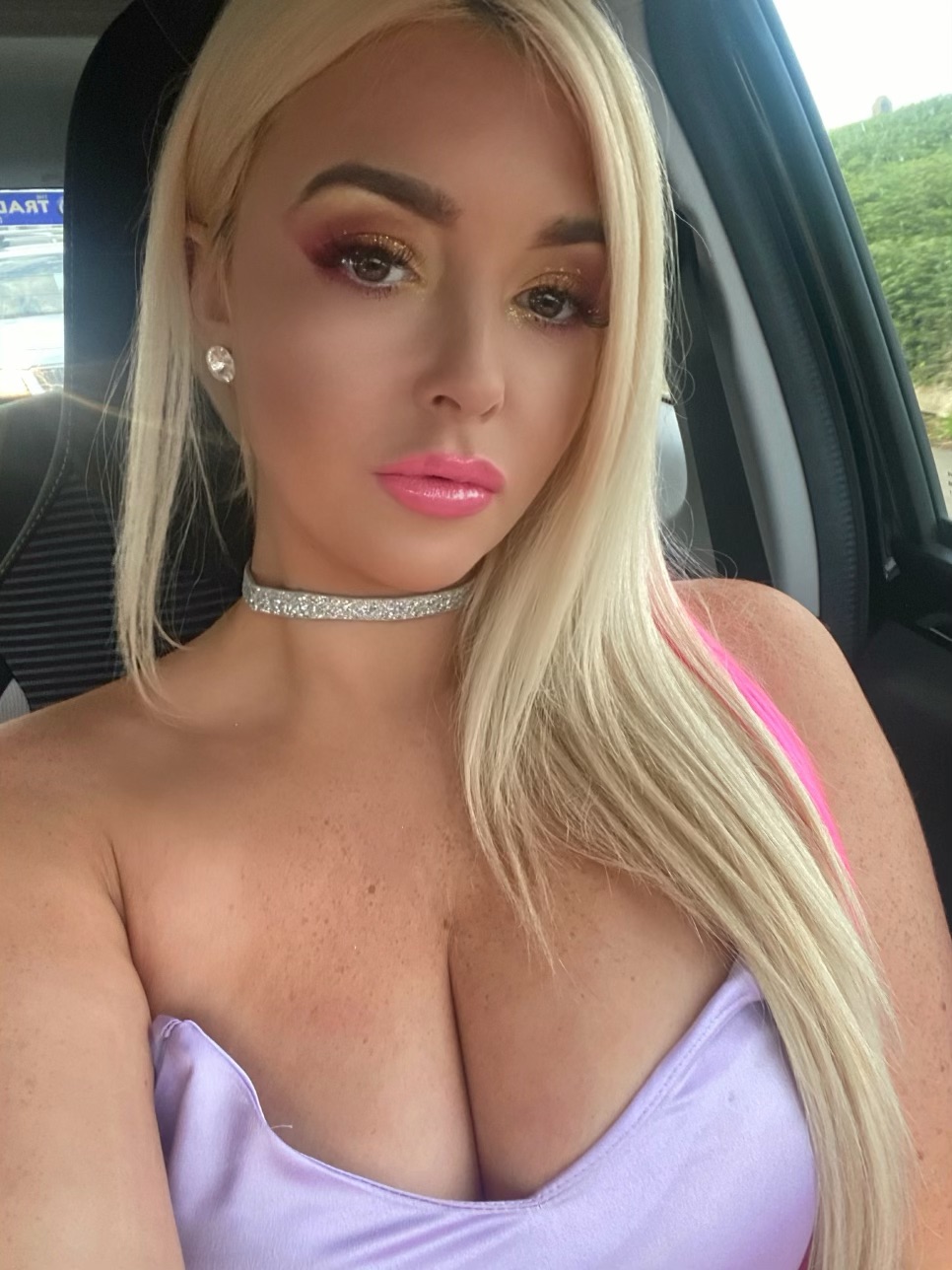 ‘A lot of guys have used virtual dating so that the next time they see you – instead of it being in a restaurant or a bar, they say “come over” – they think the zoom date acts as a first meeting.’

But this doesn’t faze Jodie who admits she is looking for love, but is happy to keep virtually dating to keep herself busy too.

Jodie admitted she isn’t feeling too hopeful about her love life at the moment but isn’t too concerned as even the worst virtual dates have ‘killed the time.’

‘I am definitely wanting a Mr Jodie now,’ she said.

‘But some of them, even if they were acting like clowns during our virtual dates, I would just keep talking to them to entertain myself.

‘The ones that have been entertaining have killed the time and they’ve brought a bit of joy to my day and it’s not like groundhog day!’

While Jodie continues to question whether ‘the one’ is really out there for her – she said virtual dating has helped her pinpoint exactly what she’s looking for in a relationship.

Insisting there’s a fine line between having a ‘sense of humour’ and being a ‘clown’, Jodie said she knows what she wants.

But unfortunately one of her favourite Zoom dates – which was chatting online to a guy from her local area – ‘fizzled out’ after they met for a second date during the eased restrictions.

She said: ‘We just kind of got into a conversation on Zoom. So we went on a second date to a restaurant near me.

‘But then I found out that he had loads of baby mama drama and it kind of fizzled out from there as I could just tell he had too much baggage.

‘The worst date I had was when I realised I was talking to a guy with a hair piece on. It kind of fell off a bit during our Zoom date. 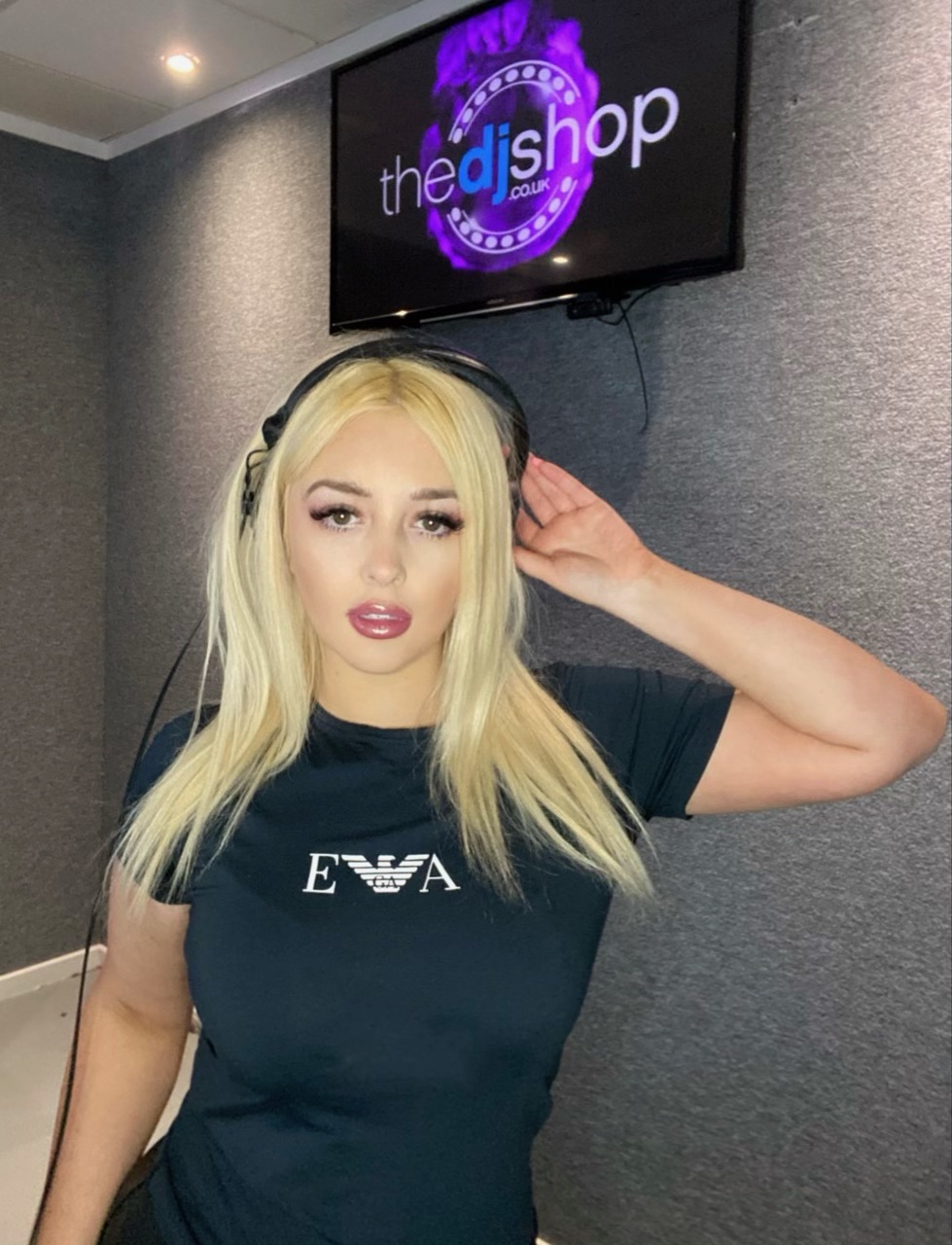 While another bloke wore a Rudolph-themed jumper and jiggled his belly while dancing Credit: Supplied

‘It was so obvious – it fell slightly – just enough so I could tell that there was this big bald bit in the middle of his hair. He didn’t say anything and he just went bright red!

‘I’m not evil so I didn’t cut the call off straight away because I think that’s bad karma but obviously I wanted to laugh and I ended the call about 10 minutes after that.

‘I didn’t hear from him again, I guess he was too embarrassed!’

Then another one of Jodie’s ‘weird’ virtual dates included a guy appearing on her screen wearing a festive Rudolph jumper.

In his defence it was nearly Christmas but Jodie said the ‘jumper with the red nose’ was one thing but the ‘dancing and shaking his belly’ was too much for her.

While revealing there’s a lot of ‘strange people out there’, Jodie said it was fun when people tried to ‘cheers’ on the screen when they shared lockdown drinks together.

‘The guy who came with the Rudolph jumper was one of the funniest and weirdest ones, said Jodie.

‘He came on with this jumper with a big red nose on it and then at one point, he was dancing around and shaking his belly. I was like oh my god, I didn’t know what to do.

‘There was one guy who was really awkward; he was slagging off his ex-girlfriend about how she was so high maintenance and argumentative.

‘Then he was telling me about someone he had virtually dated the week before, and how she was really stuck up. I was just sitting there awkwardly so he didn’t sell himself very well!’

After 100 virtual dates, Jodie believes it is a ‘good way to screen suitors’ and thinks it would be a good idea to continue this in the ‘real world’ when life is more normal.

Insisting that she’s not ‘super picky with appearance’, Jodie said she wants to meet someone who is ready to settle down and is loyal.

‘I’m looking for someone who doesn’t want to live in Peter Pan land, which is quite hard to find in London because a lot of guys want to be single forever,’ she said.

‘I don’t mind height but the guy has to have a pretty face, not a lot of facial hair and they have to know what the gym is but they don’t have to be a bodybuilder.

‘I just have to be attracted to their face and then it’s all about the personality and how it blends with mine. Obviously I’m a bit mad so they have to be able to handle me and my ways!’

Dating during the pandemic may not appear to have been successful for Jodie, but she said it’s good to ‘sift through the rubbish’ as there’s ‘nowhere to hide in an intense Facetime call.’

Describing virtual dating as a ‘make or break type of situation’, Jodie said this experience has taught her how to keep her options open and made her realise that a date is never ‘a loss.’

She said: ‘A date is always a win, even if you don’t get on with them, at least you’re trying and you’ve got some funny stories to tell your friends – especially if they were a weirdo!’

‘One of my best virtual dates was with a DJ. He was a guy from Hinge, that was a DJ like me, so we both went on our decks and we played a song each back to back. It was pretty fun!’

And Jodie’s lockdown love story may be about to turn a corner as she has managed to bag an online blind date for Valentine’s Day.

The twist is that neither of them can turn their cameras on at first so Jodie and her potential suitor have the chance to really connect before seeing each other.

Only after an hour into the Zoom date, they are allowed to turn on their cameras and see each other for the first time.

Jodie and her date will play Never Have I Ever, beer pong and Power Hour, where you create a playlist and every time a new song comes on you have to drink. Only time will tell!

Plus this woman’s dating profile went viral after a man pointed out an awkward photo detail.

While this woman blasts ‘creepy catfish’ who sent her abusive messages after dud date & told her he’d stick to ‘skinny girls’.

And this creepy date demands naked pictures before meeting girl ‘to know what I’m getting into’. 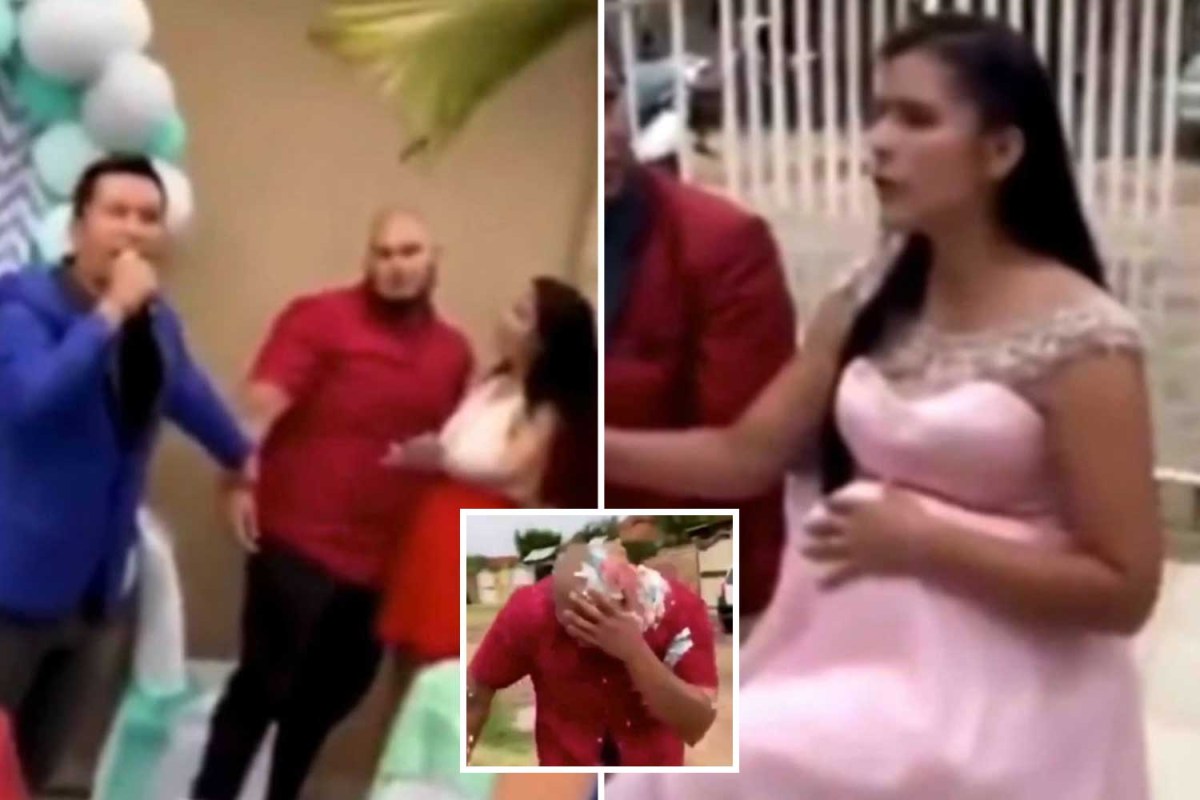 A BRUTAL video appears to have captured the moment a husband claims his pregnant wife is carrying somebody else’s child...

Stuck in an accidental situationship? This is how you get out of it

Singletons reveal ‘genius’ hack that makes them match with Olympians