AS a best friend, it’s basically your job to eat countless tubs of ice cream with your pal and wipe away their tears when they’re going through a break up.

That said, one bloke took matters to all new extremes when he hid in the back of his bestie’s car for “moral support” when she was dumping her boyfriend. 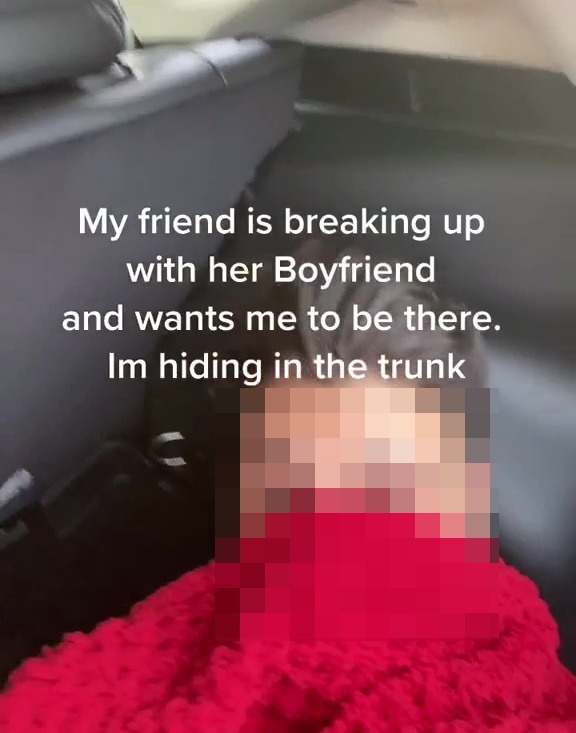 But unfortunately for him, the couple managed to patch things up and he claims they even had SEX inches away from him.

In a viral TikTok video which has been viewed over 50m times, the man filmed himself covered up in a red blanket in the boot of her car.

He explained: “My friend is breaking up with her boyfriend and wants me to be there. I’m hiding in the trunk.

After having an intense conversation in the front seats, the couple moved to the back where her boyfriend reminded her of the “good times” they shared – including a trip to Chicago. 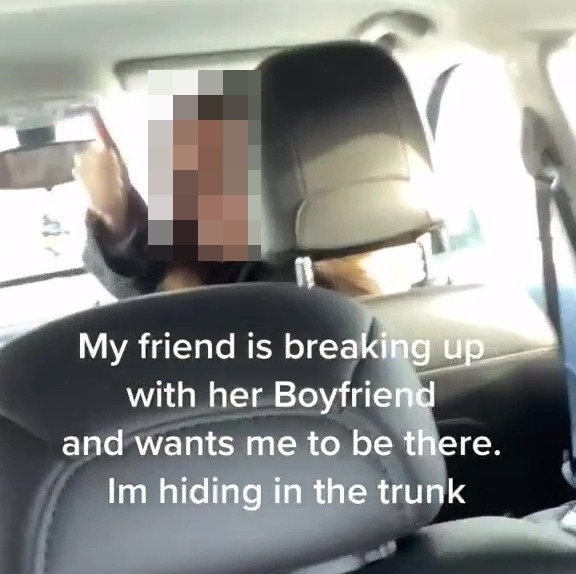 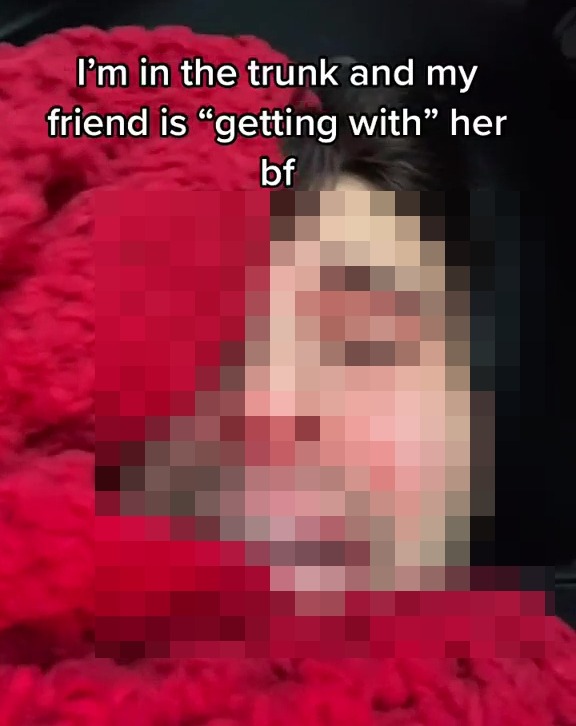 However, he then claims the couple had sex inches away from him

The walk down memory lane then leads to the couple kissing – and before he can plan his escape, the hidden best friend claims they start having sex inches away from him.

Describing how the car started shaking and the windows had fogged up, he added: “Dear God, help me.”

When they’re done, the boyfriend leaves the car and tells his girlfriend he loves her.

Once the coast is clear, the best friend dramatically sits up and says: “ARE YOU KIDDING?” 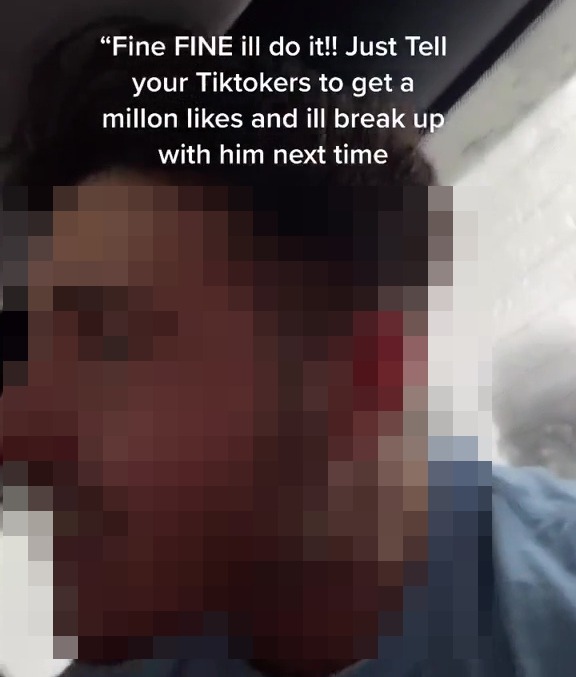 She replied: “He caught me in a moment… I was vulnerable.”

As the bloke urged her to still break up with him, she said: “Fine FINE I’ll do it.

“Just tell your [TikTok followers] to get a million likes and I’ll break up with him next time.”

The videos racked up over 100,000 comments from TikTok followers – but some questioned whether the whole thing was staged.

Another added: “Sureee that’s a break-up.”

“Confused,” a third wrote. “If you’re in her trunk, why would she go to the passenger seat?”

And this couple met on Married At First Sight & now they’re having a baby after falling pregnant 4 months later.

Plus this lad shared a list of stuff which instantly give men ‘the ick in a girl’… and it’s bad news if you like flared leggings.