MANY parents spend hours sifting through baby books and online lists in hope to settle on the perfect baby name.

But one woman apparently got her name an entirely different way – and it was all thanks to her dad.

TikTok user Kristina claims she was named after her dad’s mistressCredit: TikTok/@keepingitkristina

The American woman detailed her origin story on TikTok and revealed the unusual way she got her name Kristina.

It wasn’t a relative or a celebrity who inspired her parents either, but the woman her dad was having an affair with – and her mum had no idea.

You see, the couple had supposedly made a deal while Kristina’s mum was pregnant – if she were a boy her mum could name her after her father, but if it was a girl, well, her dad could choose the name.

Kristina explained that she was born via a c-section which meant her mum was still pretty out of it after the birth – so her dad allegedly took it upon himself to fill out the birth papers.

Her mum only learned of her daughter’s name after her man had completed the paperwork – but she had no idea who she was named after.

“When my mum came to I guess she didn’t really hate the name so she just kind of went with it and you know everything was fine for a few months until my mum found out that my dad was cheating on her… and guess what the woman’s name was. Kristina,” she said.

“So if he messed up and called her the wrong name, he could say he was talking about me.”

So if he messed up and called her the wrong name, he could say he was talking about me.

Naturally, the story shocked many who viewed the clip with many dibbing it “rough” and “selfish.”

“Wow… Just wow. Soooo… that was pretty selfish,” one said.

Someone even said they would have changed their name if it had happened to them, while other shared similar stories.

One person admitted: “My dad named me after a girl he had a crush on in middle school.” 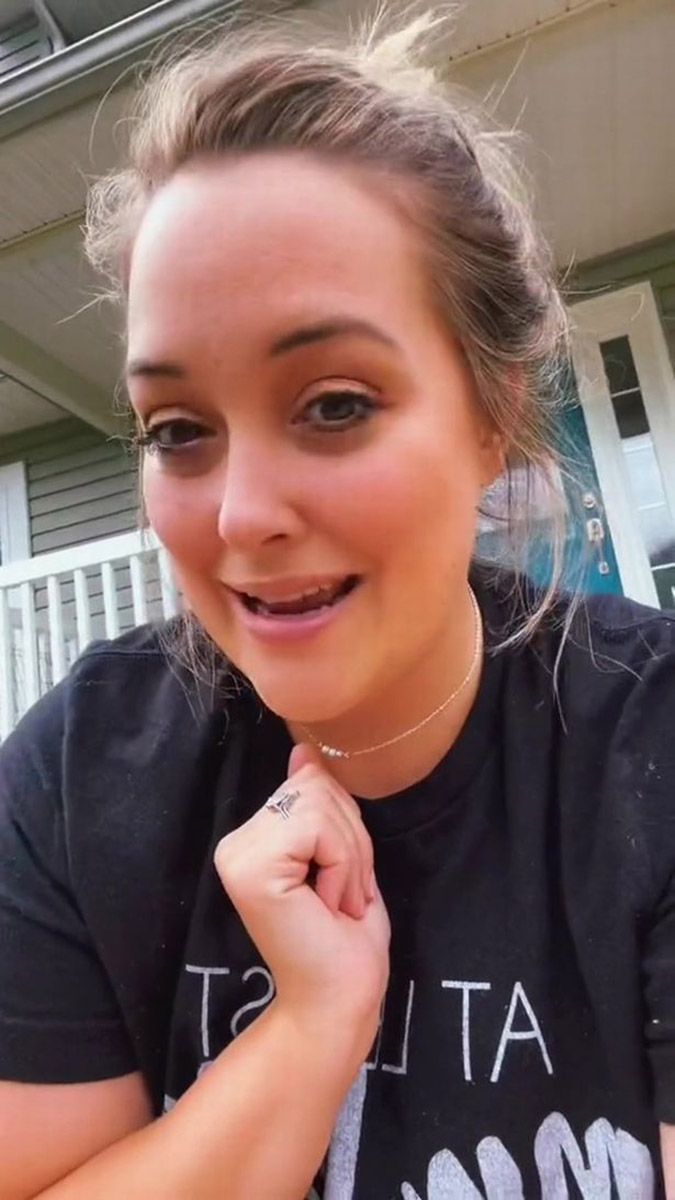 She shared the story on TIkTok where people were left shockedCredit: @keepingitkristina/TikTok

And this woman changed her mind about having sex with her Tinder date when she smelt the skid marks in his pants, then he tried to sue her.

Plus a scorned woman gets revenge on her cheating Tinder match by inviting HIS WIFE to their date.

Woman reveals how her boyfriend hid his cheating activities from her