WHEN it comes to baby names, there’s a reason people decide to keep their favourite choices a secret.

But unfortunately for one UK-based woman from the UK, she found out the hard way after her sister-in-law stole BOTH of her unusual baby monikers.

An anonymous woman, from the UK, expressed her devastation after her sister-in-law stole her TWO favourite baby names. Pictured, stock imageCredit: Getty

Taking to Reddit, the “devastated” woman explained how she has known her sister-in-law for 10 years – even before she hooked up with her brother – and the pair of them would often talk about everything including baby names.

“I have only ever had two baby names that I’ve loved – let’s call them Sarah and Joe, and I’ve had them picked since my early teens (I’m now 28) so SIL definitely knew them – everyone in my family did, it wasn’t a secret in anyway,” she wrote.

She recalled: “Fast forward a few years, SIL drops our friendship, marries my brother and gets pregnant.

“The name is a secret and no one is told until she arrives that she’s called Sarah, a few years later another baby comes along – again another secret name and boom! This one’s a Joe!”

The woman went on to explain that the fake names Sarah and Joe are bad examples because the monikers she had chosen were “obscure, old English names.”

They were “certainly not names you would coincidentally stumble across on a baby name Google search,” she added.

After the sister-in-law’s announcement was made, she told how she was left “devastated” and said that it was “gut-wrenching” the first time, and “heartbreaking” the second – particularly because her heart was set on both names and she had no back ups.

But to make matters even worse, she revealed that her sister-in-law “denied any knowledge” of knowing they were both her favourite baby names and “didn’t seem to care at all” by the devastation she’d caused.

The woman went on to question whether she was wrong to be “resentful” towards her sister-in-law because she knows it’s not fair to try and “save a name” – but admitted that what she’s done just “doesn’t feel right.”

And many took to the comments section to agree that the sister-in-law was in the wrong and appeared to have acted out of spite.

“I’m childfree and usually think that issues like this are silly, but honestly your SIL is a massive AH, especially since she did this to you twice AND she’s lying about not knowing that you wanted those names for your children,” wrote one.

I was devastated to say the least, it was gut wrenching the first time and heart breaking the second

A second penned: “Do I think she chose the names because they were names you picked? Probably. Is that a messed up way to choose your kids’ names? Definitely.

Is it okay for you to be resentful about it? I mean, feelings are feelings…you can’t control your emotional reaction.”

Meanwhile, a third commented: “Sure, you can’t call dibs on names but intent matters. I think if you and a friend/relative both come up with the same name independently, that’s fair game.

“If somebody goes out of their way to one-up you by deliberately targeting names they know you wanted to use, then they’re being an AH.”

However, others admitted they felt “torn” with how to feel about the unfortunate scenario.

“I am usually of the mindset that no one can save a name and if you tell someone a name and they use it that’s on you,” one penned. “I also got the sense you sensed some bad vibes, and there was implication in your post that she intended to name them these names not only because she liked the names but to hurt you.”

“But at the same time, it’s just a name and being gutted or holding a grudge for so long isn’t helpful. I have no judgement for you, other than to find other names for your potential future children and trust no one with them and to let it go.”

Another agreed: “You can’t call dibs on a name. Nothing is stopping you from still naming your children those names if you are still attached to them.” 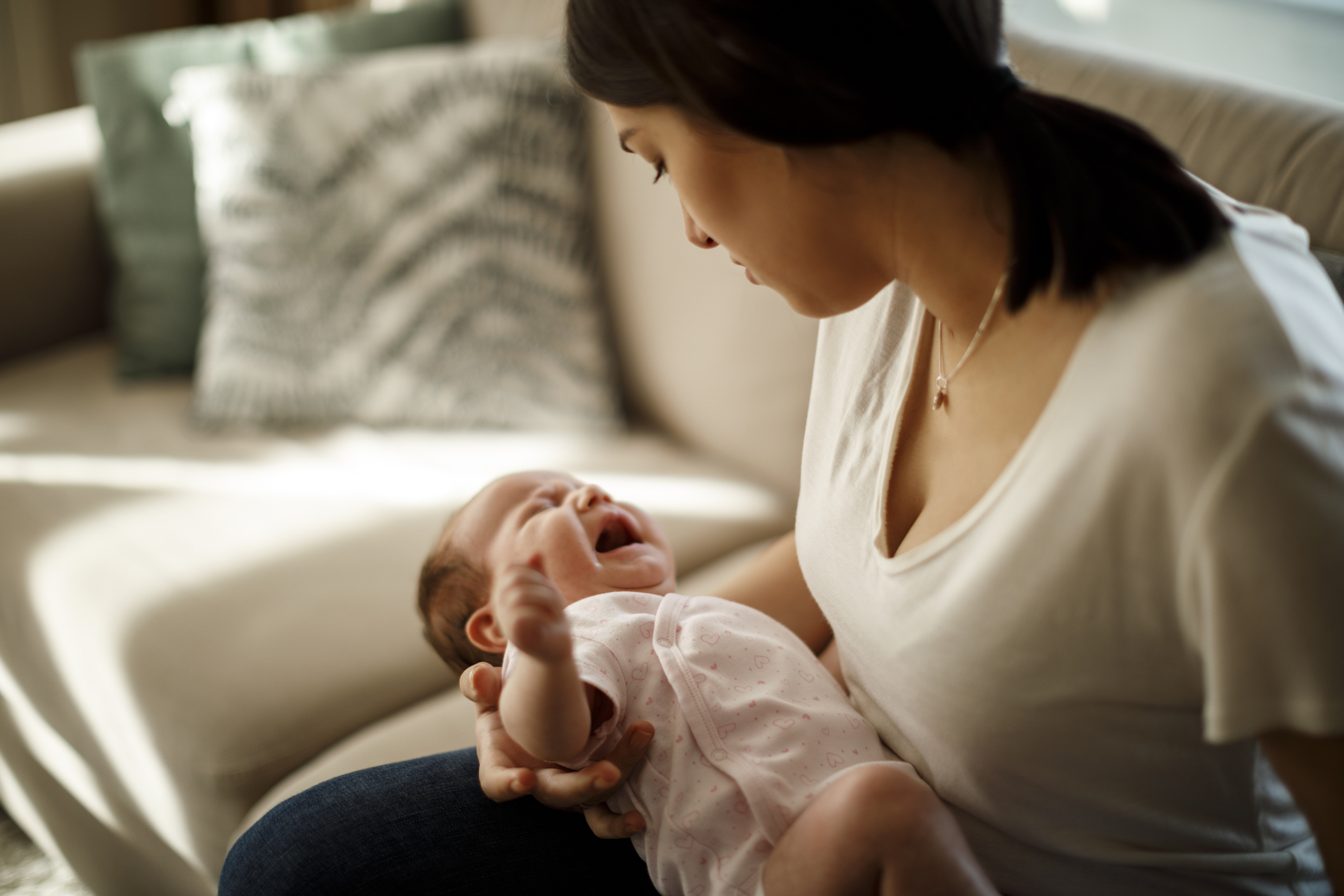 The upset woman went on to say how she was “heartbroken” by the situation. Pictured, stock imageCredit: Getty

On the topic of baby names, one pregnant woman expressed her shock at some of the “awful” names women give their kids.

These are the most popular baby names for tots born in January.

And this mum has given her tot the world’s longest name, with 1,019 letters.

I’m 24 and my husband’s 54, people say I’m with him for the money or I must have some hidden trauma but it’s true love

A WOMAN shared that she's fed up with people assuming she has trauma or is after money because she is...

Why you should bring up therapy on a first date

How to know when it’s time to end your relationship

‘My partner is miserable after our dream move abroad’