PICTURE the scene – you’ve been messaging a guy for a few weeks, everything seems to be going well, you’ve met up a couple of times and then BAM. They stop replying to your texts.

So what do you do? Personally, we like to summon our girlfriends for an emergency brainstorm before consuming a tub of ice cream the size of our head. 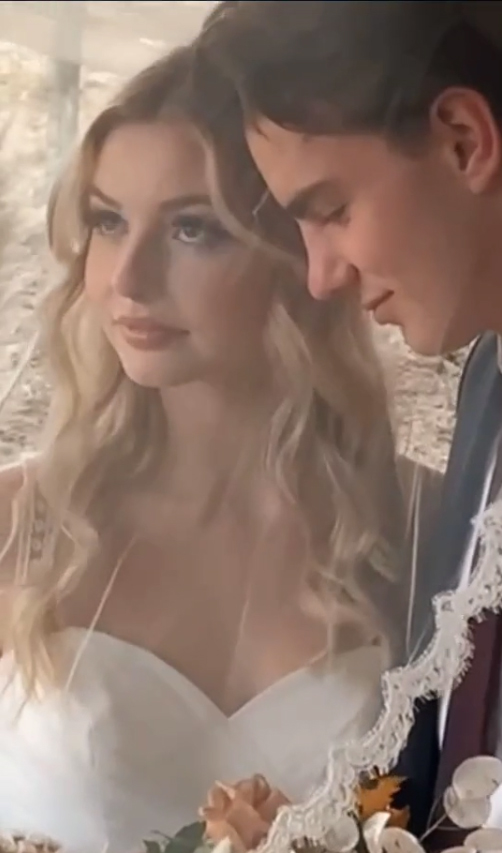 She had modelled for a wedding planning business

Although this method may work for some, others like to take a more practical approach to get their guy’s attention again.

In a new viral TikTok trend, women have been sharing the “crazy” things they’ve done to get a guy to text them back.

And while we can absolutely relate to the girl who faked an interest in fitness, we’re in total awe of the singleton who staged an entire WEDDING to show her guy what he was missing.

Kicking off the trend, TikTok user Kenny Galley joked that she had a “toxic” moment when she posted photos of her fake nuptials on social media.

She captioned her viral clip: “Remembering the time I fake getting married and a photoshoot to get revenge on my ex.”

Despite being accused of going “too far” by stunned viewers, Kenny said it was a case of “go big or go home”.

In a follow-up video Kenny explained how she worked as a bridal model for a wedding planning and floristry business – but that didn’t stop her from posting the photos on her private social media pages.

The stunning snaps showed Kenny posing next to her “husband” at their reception while surrounded by her stunning bridesmaids.

She said: “I did send this to people on social media and Snapchat to get reactions.

“Me and my friends would do something like this which is how I got the idea.”

Pretended to be pals’s new boyfriend

Meanwhile, social media star Hannah Stocking also proved herself to be the world’s most devoted friend when she pretended to be her pal’s new boyfriend in the wake of her break-up.

Mining along to Gnarles Barkley’s 2009 hit “Crazy”, Hannah wrote: “When my friend is recently single and I tried to make her ex jealous.”

After dressing up as a guy, Hannah and her pal drove around town pretending to be an item and even faked a kiss through their face masks.

And if you thought that was extreme, just wait until you hear about Laneise’s lapse in judgement.

In a video that’s racked up 1.5m “likes”, the woman confessed that she once faked a pregnancy to try and get her ex back.

She wrote: “The time I faked a gender reveal because I wanted my ex to think he got me pregnant and I kept the baby from him just so he would text me.”

In the convincing clip, Laneise got one of her friends to film her letting off a blue sparkler in the street to signify she was “expecting” a boy.

“I have a lot of crazy stuff I did,” she admitted.

But not every video in the trend was so high stakes – on the other end of the spectrum is TikToker Rochelle.

Asked a stranger to pose with me

Revealing one of her pettiest moments, the star admitted how she once asked a total stranger to pose as her boyfriend.

She wrote: “When I went to see Christmas lights and asked a random guy to be my boyfriend so I could put it on my Snapchat story and make another guy jealous.”

Amazingly, the kind stranger agreed – and Rochelle posted a photo of her holding his hand and described him as her “everything” for all her friends to see.

But our personal favourite has got to be the woman who shot straight to the gym after her crush said he liked “sporty girls”.

Admitting that she “hates sport”, the woman shared a clip of her lacklustre gym session.

At the time, she captioned the cringe clips: “Every workout counts. The only bad workout is one that didn’t happen.” 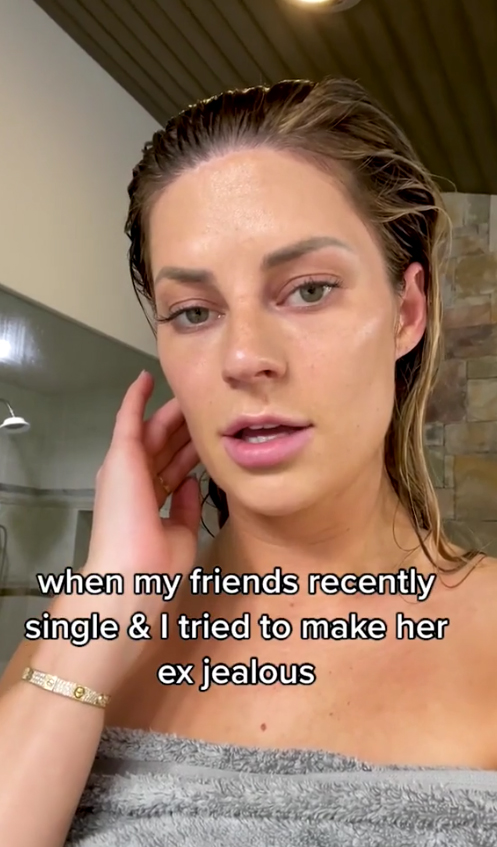 Hannah Stocking posed as a her pal’s new love interest while she was going through a break-upCredit: @hannahstocking/Tiktok 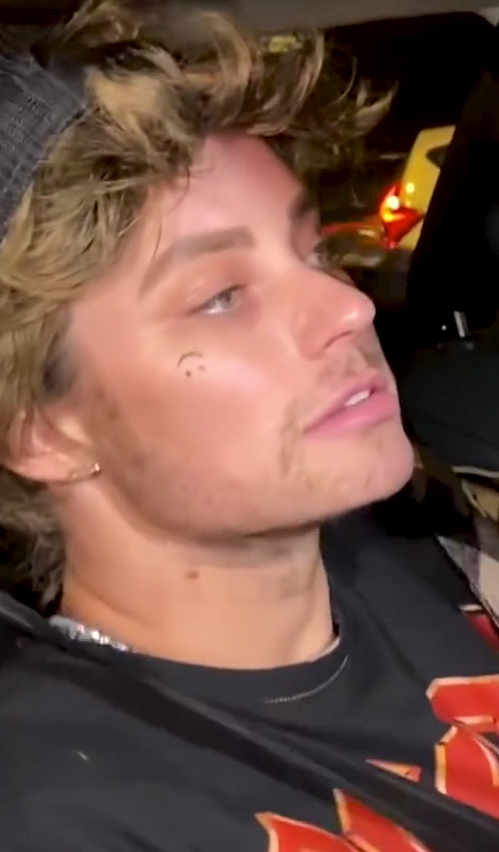 The pair even exchanged a fake kiss through face masksCredit: @hannahstocking/Tiktok 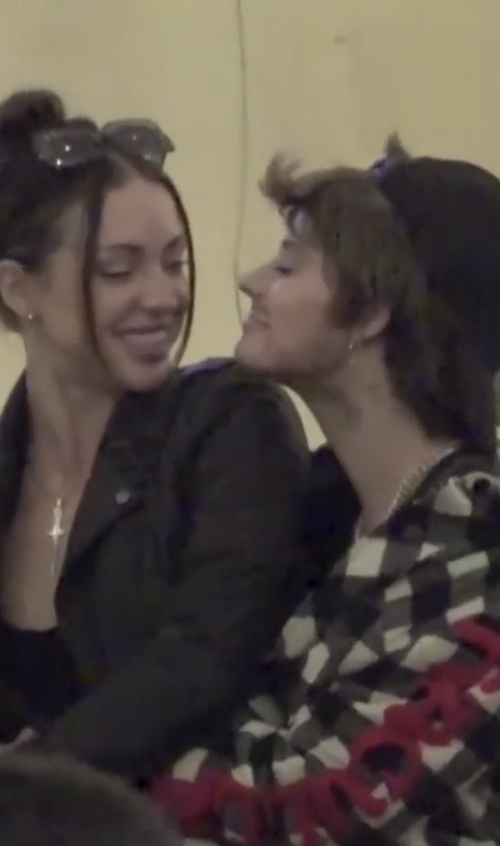 The pair were hoping to make her ex jealousCredit: @hannahstocking/Tiktok 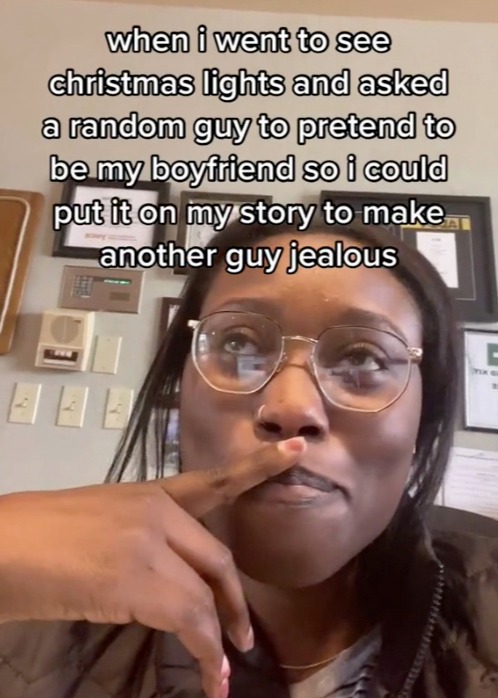 Rochelle asked a total stranger to pose as her boyfriend 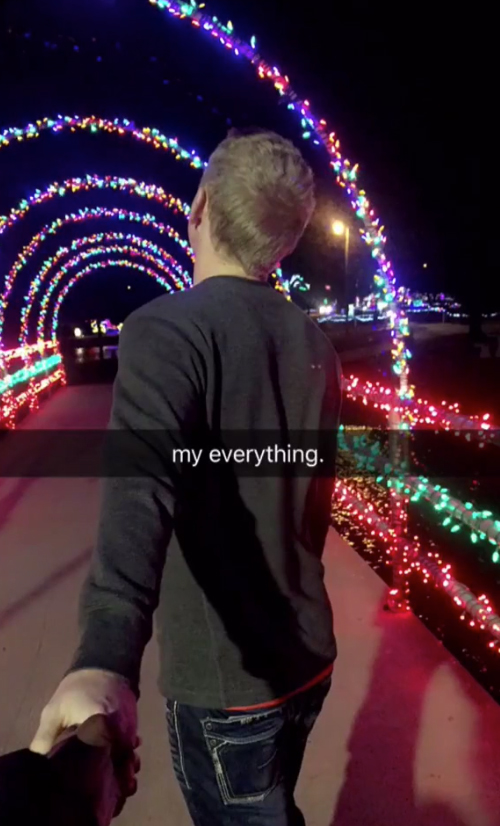 Amazingly, the stranger agreed to it 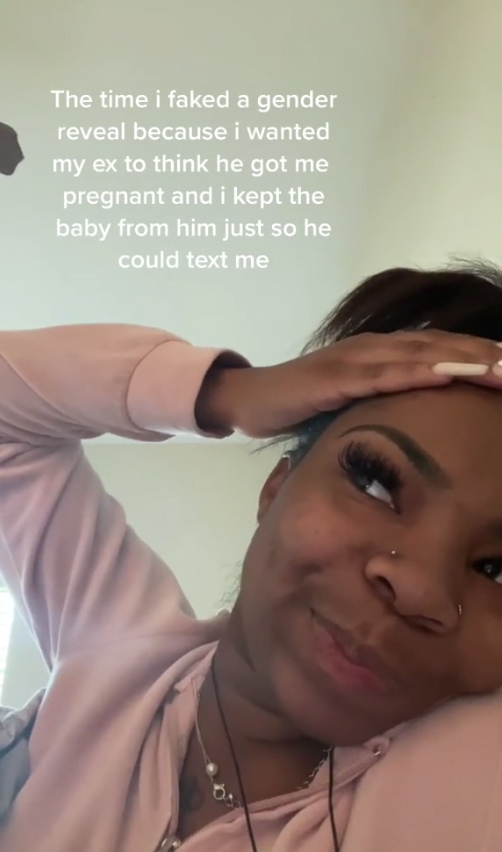 This woman admitted to faking a pregnancy 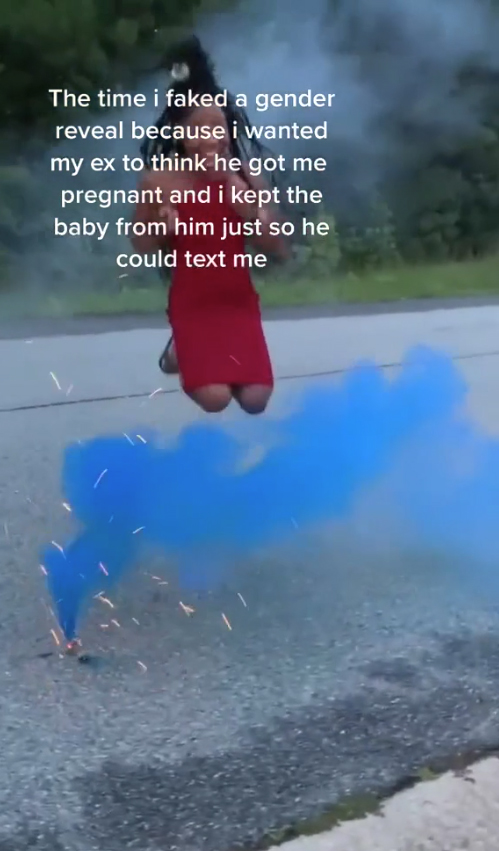 She threw a fake gender reveal to get a text back 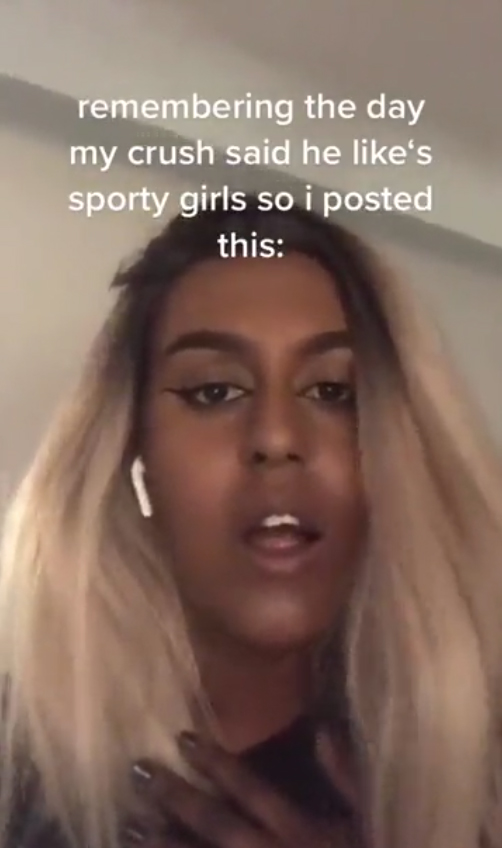 The woman now cringes over pretending to love sport 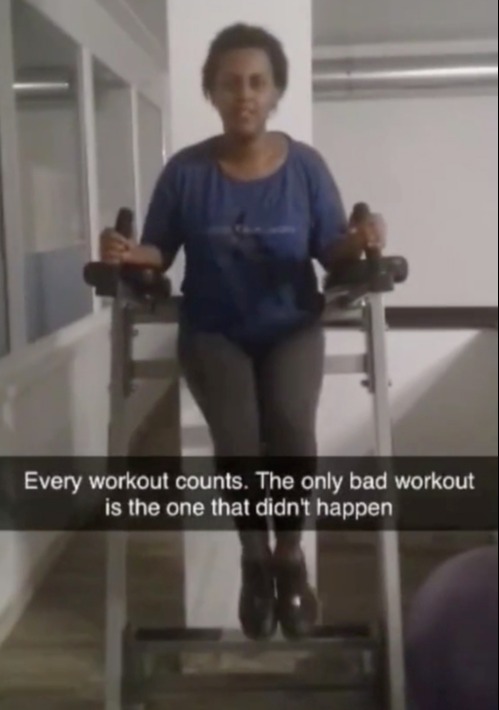 Dating when you’re fat is so hard, men constantly add me just to troll me – I feel sorry for them, I know I’m stunning