MANY couples choose to pay for a videographer on their big day so they can cherish the moment forever.

But for one couple, tragedy struck when their wedding video was somehow erased so they never got to watch it back.

Husband Drew wanted to surprise his wife on their 14th wedding anniversaryCredit: TikTok/@earthsassassin/

But some 14 years later, the doting husband managed to track down a copy and surprised his wife with it on their anniversary.

Not only did he find the video they thought was permanently lost, but he rented out an entire cinema to play it for her too – which, naturally, left her in tears.

Husband Drew secretly filmed her reaction as the pair sat comfortably in the cinema seats as they settled in to watch what she thought was their favourite movie.

After introducing his wife Kayla, he revealed that she has “never seen a video of our wedding ceremony” as they were told “shortly after” that it had accidentally been deleted.

“A couple of months ago a friend found the video with a bunch of old tapes at our church and gave it to me, ” he wrote on the screen.

“I rented a theatre and asked if they can play of for me instead of a movie.”

Adding: “Let’s see her reaction to what we thought was lost forever.”

Drew kept the camera on Kayla as she watched the giant screen in front of her.

As the video starts to play, Kayla grabs Drew’s hand before putting her face in her palms as if she were crying.

It was the look of “pure happiness” according to Drew who said it was a “successful surprise.”

And Kayla certainly looks happy as she wipes away happy tears before leaning into her husband for a smooch. 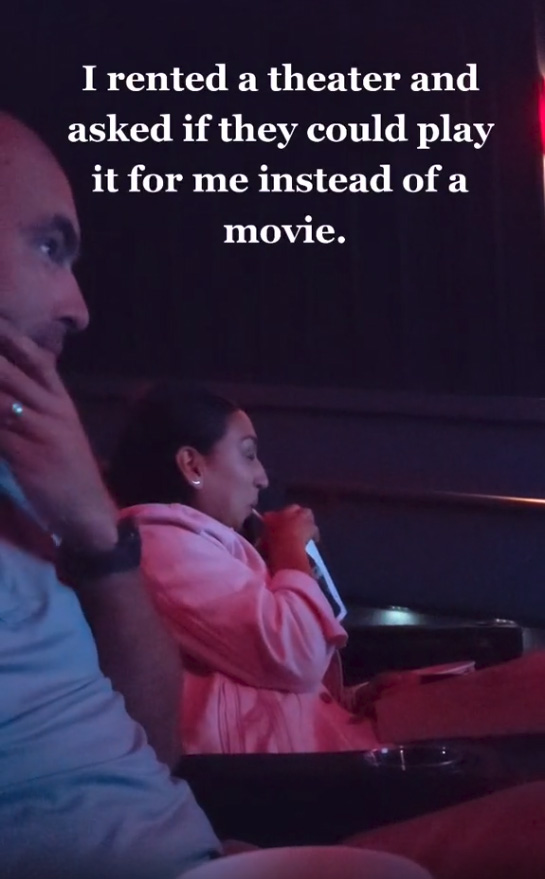 Drew filmed her reaction and shared in onlineCredit: TikTok/@earthsassassin/ 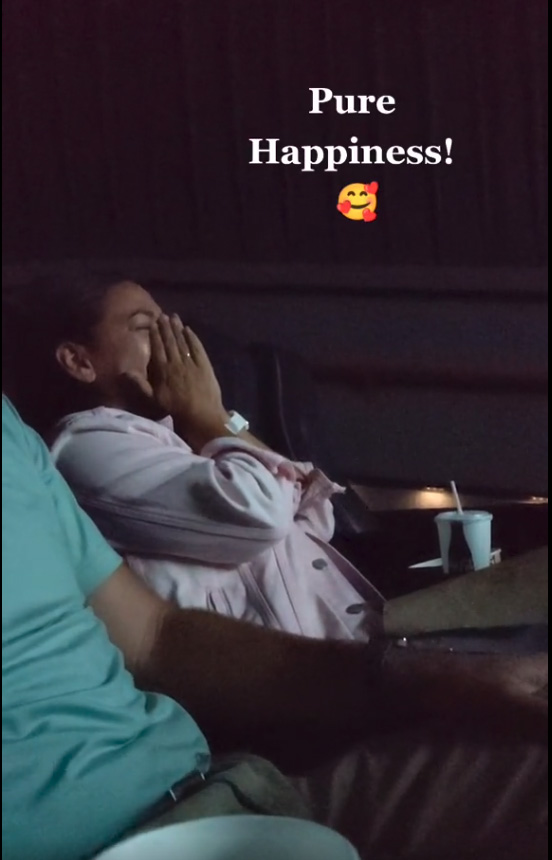 In other wedding news, one bride was savaged online for dying her wedding dress BLACK just three months before her wedding.

And this bride raises eyebrows by revealing her entire bum in very racy wedding dress design on her big day.

Plus, a man who had saved up £14k for an engagement ring was slammed by his fiancé for not buying her a ‘real’ diamond.