DATING can feel like a minefield, and we’ve probably all sent an accidental message before.

For Paolo Lujan, his friend Vanessa matched with a man on Tinder, and accidentally sent her first reaction to his voice note message.

Paolo and friends could not hold back giggles at Alex’s voicenoteCredit: Instagram

In a Tiktok which has nearly a million views, the awkward reaction to his first voice note is enough to make anyone cringe.

As the voice note, from a smooth male voice asks: “Her Vanessa, this is Alex, nice to hear your voice before, whereabouts are you staying in Vancouver?”

“She wanted to respond and accidentally sent this.”

He wrote as his friend played the voice note she accidentally sent, which was of them all laughing.

“A snapshot at Vancouver’s dating scene,” he captioned the video.

Viewers almost wanted the ground to swallow them up, whilst others said: “That is the correct response.”

“Not the group laugh,” said another, clearly cringing at the mass reaction.

Many couldn’t hold back laughter at the entire situation, writing: “HAAHAHAHAHAHHAAHHA THAT WAS A VALID RESPONSE.”

While, it seemed Alex had been busy on the dating apps as a few said they had matched with him too, admitting: “I MATCHED WITH THE SAME GUY THAT SENT THE SAME MESSAGE!!!”

“OMGGGG I’VE TALKED TO THIS GUY TOOOOOO,” shared another.

In another Tiktok, Paolo shared more texts from the same man as him and Vanessa also matched on Bumble, another dating app and his friend sent him the first Tiktok they made of his voice note and their accidental reply.

“I meant to say something but then it just sent. I thought I had a re-do.” she explained.

Alex awkwardly replied to Vanessa with: “Haha thank you for the free exposure.”

Paolo told fans that the man she had matched with, Alex then deleted his Bumble and blocked Paolo’s friend, Vanessa.

A commenter summed it up, saying: “Guess he couldn’t handle the heat.” 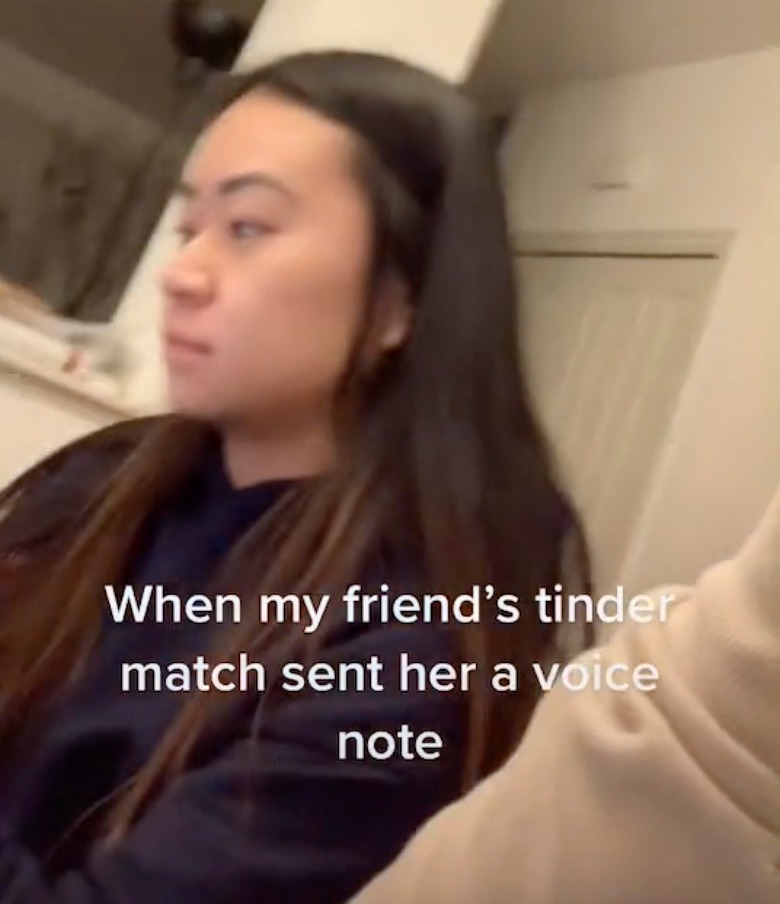 Vanessa managed to match with Alex on Tinder and BumbleCredit: Instagram 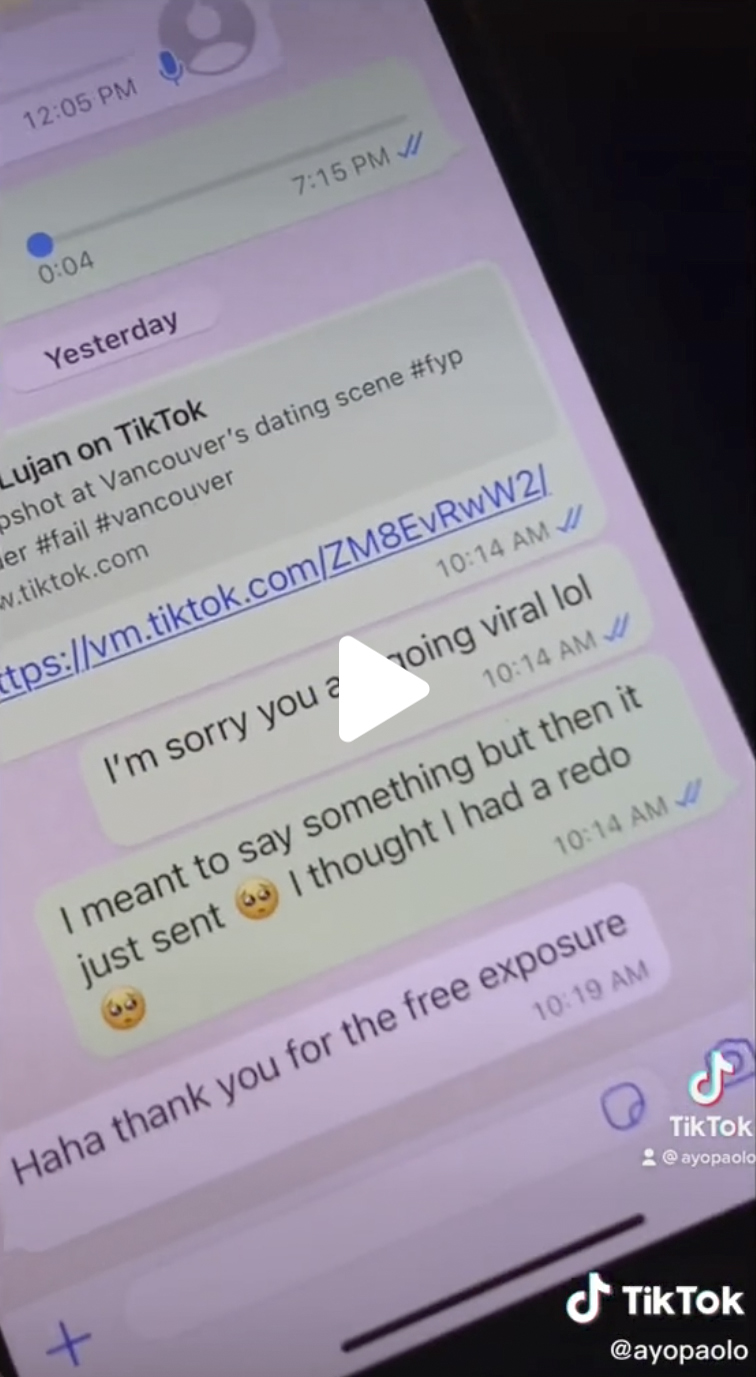 Commenters on the TikTok had matched with Alex and received the same voice noteCredit: Instagram 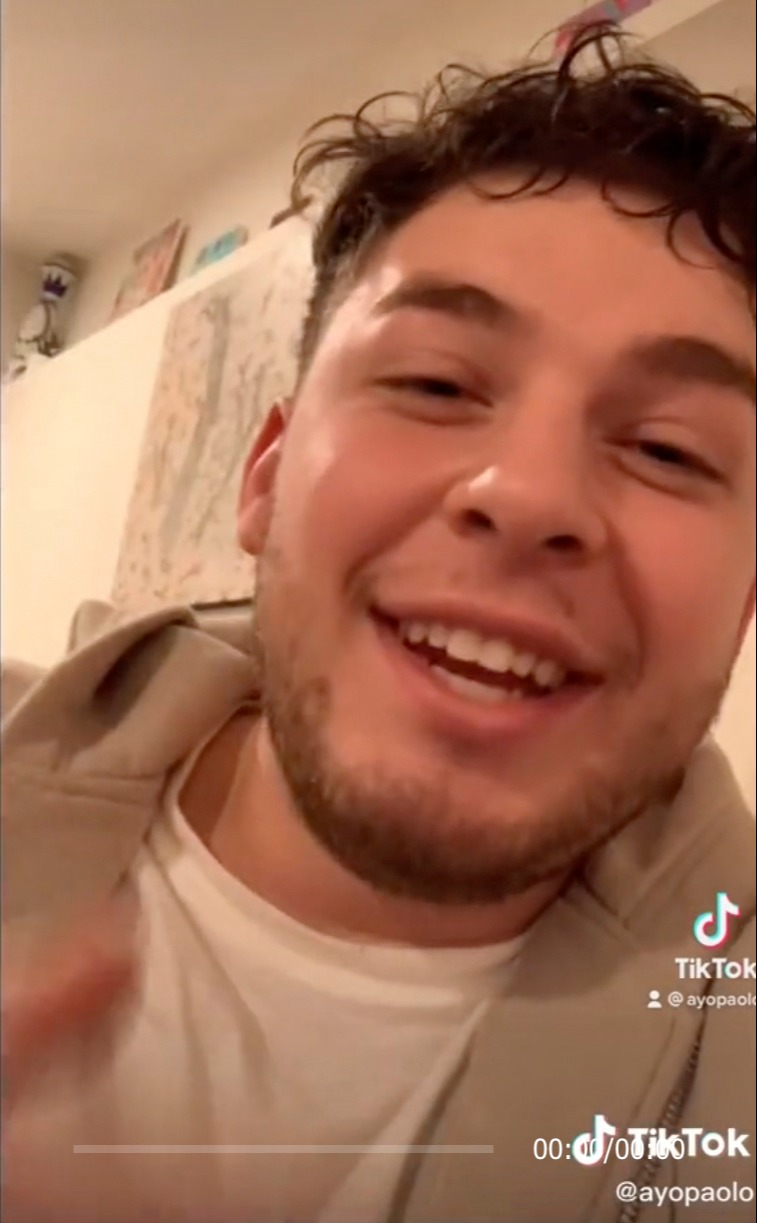 Paolo could’t help but laugh at the awkward situationCredit: Instagram

For more dating stories, check out me and my Tinder date I’d just met were forced to isolate after we both tested positive for Covid but it wasn’t all bad