Ethiopia’s prime minister has given Tigrayan rebel forces 72 hours to surrender before the army begins an offensive on the capital of the wartorn region.

As army tanks gathered around the city of Mekelle, Abiy Ahmed posted a message on Twitter on Sunday night which read: “We urge you to surrender peacefully within 72 hours, recognising that you are at the point of no return.”

Army chiefs earlier warned civilians in the capital of the wartorn Tigray region to “free themselves” from rebel leaders or be offered “no mercy” in a coming assault on the city.

The Ethiopian military said tanks would be deployed to encircle Mekelle, the highland capital of the northern Tigray region, and that it may also use artillery on the city, state media reported on Sunday.

Tigrayan made no comment on the ultimatum, but it will deepen international concerns as the conflict goes into its third week without any sign that hostilities will cease soon.

Ethiopian forces are advancing steadily from the north and south towards Mekelle, which lies on a plateau at an altitude of more than 2,500 metres. 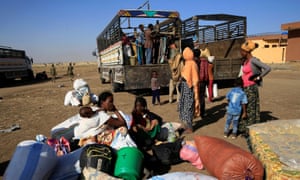 Hundreds, possibly thousands, of people have been killed in the conflict so far and many more have been displaced. More than 36,000 have fled into neighbouring Sudan, and large numbers are on the move within Tigray to avoid the fighting.

The warning to the half million inhabitants of Mekelle may prompt many to abandon their homes, adding to the growing humanitarian crisis.

“The next phases are the decisive part of the operation, which is to encircle Mekelle using tanks, finishing the battle on mountainous areas and advancing to the fields,” Col Dejene Tsegaye told the state-run Ethiopian Broadcasting Corporation.

Tsegaye said the Ethiopian military had so far avoided any targets that might risk civilian casualties but said that in the case of Mekelle “it might be different”. 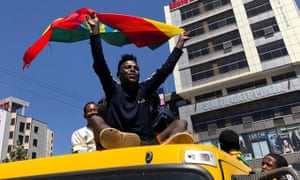 “We want to send a message to the public in Mekelle to save themselves from any artillery attacks and free themselves from junta,” he said, referring to the Tigray People’s Liberation Front (TPLF), the ruling party in the region. “The junta is now shielding itself within the public and the public must isolate itself from the junta. After that, there will no mercy.”

Redwan Hussein, a spokesman for the government’s taskforce on Tigray, said there was still time for the TPLF leadership to surrender. “The government will take maximum restraint not to cause major risks for civilians,” he added.

Debretsion Gebremichael, the leader of the TPLF, promised “fierce fighting” that would make federal forces “pay for every move”, and warned that an assault on Mekelle would not be the conflict’s endgame. “As long as the occupation force is in Tigray, fighting will not stop,” he said.

Officials in Addis Ababa, the capital of Ethiopia, have been clear that the “law enforcement operation” will continue until the TPLF is ousted and federal authority reasserted over the region.

On Saturday, the Ethiopian government rebuffed an African diplomatic push to mediate.

Last week, Abiy Ahmed, the Ethiopian prime minister, said government forces were preparing for a “final push” on Mekelle to end the conflict within days.

However, a confidential UN assessment of the military situation in Tigray, seen by the Guardian, suggests Ethiopian national forces are meeting heavier resistance than official communications have made clear and may face a protracted “war of attrition” in Tigray. 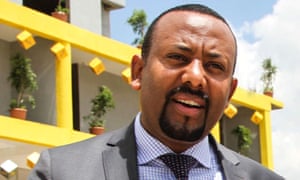 Though heavily armed regular troops have steadily advanced towards Mekelle, the paramilitaries and militia deployed in their wake are still struggling to clear and secure territory, the assessment says, raising the prospect of a lengthy guerrilla war.

“Although Tigray regional forces may have initially been backfooted by the EDF’s swift advances, the terrain in eastern Tigray is easier to defend … and if they make a stand, they have the capability to stall the EDF advance,” one analysis reads, warning that this will then “change the dimension of the conflict from one of rapid movement into one of attrition”.

Information has been difficult to obtain and confirm, with communications cut to Tigray and journalists banned.

Abiy’s government has claimed the capture of a string of towns in recent days, including the ancient city of Aksum and the town of Edega Hamus, 60 miles north of Mekelle. This would mean federal armoured columns now have a single major ridge to cross before reaching the plateau around the city.

“The defence forces are currently marching on the campaign’s last goal,” the Ethiopia State of Emergency Fact Check, a government agency, said on Sunday.

Ethiopian officials said resistance to federal forces was stronger on the longer road leading to Mekelle from the south, along which rebels have destroyed bridges and laid hidden explosives.

The war is the culmination of months of rising tensions between the TPLF and the ruling coalition in Addis Ababa. When national elections were cancelled because of the pandemic, the TPLF held polls anyway, in a move that aggravated tensions.

Abiy, who is Africa’s youngest leader and won the Nobel peace prize last year, launched his operation after accusing the TPLF of attacking a military camp and trying to seize military hardware.

Ethiopian planes have launched airstrikes and Tigrayans have fired missiles into Amhara and Eritrea, which has supported the offensive to remove the TPLF. At least one massacre has been reported: it has been blamed on retreating Tigrayan militia targeting a community seen as loyal to the central government, but there is no confirmation of this.

There are concerns that even if Abiy achieves his aim of forcing out the TPLF and imposing federal authority on Tigray, violence will continue.

Though they number only 6 million out of a total of 110 million people living in Africa’s second most populous country, Tigrayans effectively ruled Ethiopia for decades.

Until Abiy took power two years ago, they were the strongest force in a multi-ethnic coalition. Abiy, whose parents are from the larger Oromo and Amhara ethnic groups, freed thousands of political prisoners and pledged to end domination by one ethnic group.

“Even if the EDF are successful in their mission to take Mekelle,” the UN assessment warns, “this will not necessarily end the conflict. It is likely that a protracted asymmetric conflict and insurgency would continue. From a humanitarian perspective, the longer the conflict is drawn out, the more severe the crisis will become.”

On Saturday, Abiy said on Twitter that the safety and wellbeing of the people of Tigray was of paramount importance and the federal government would do everything to “ensure stability prevails in the Tigray region and that our citizens are free from harm and want”.

The government-appointed head of a newly named interim administration for Tigray, the academic Mulu Nega, said new local elections were planned to restore peace to the region once TPLF leaders were ousted.

When you ask Ronald Ssenyonga, a 21-year-old Ugandan, to tell you about his arrest, he asks: “Which one?” Like many...

Congo in Dialog – a photographic chronicle | Artwork and design

Evaluation: why ‘ultimate’ offensive could not finish Ethiopian battle | Ethiopia