A land divided by climate extremes: what the IPCC report says about New Zealand | New Zealand

The first major assessment of its kind in seven years from the UN’s Intergovernmental Panel on Climate Change has found the globe’s ocean, land and air temperatures are rising, and the human influence is “unequivocal”.

But what does the IPCC’s Sixth Assessment Report say about changes in New Zealand, and what can we expect for the future?

As the globe heats, Aotearoa New Zealand will become a land divided by weather extremes – rain will batter the west and south leading to floods, while high temperatures will bring drought and fires to the east and north.

This weather is already playing out. This year, Westport on the South Island’s west coast was devastated by flooding, while last year saw record high temperatures in the north, leading to a prolonged drought.

Prof James Renwick, a lead author on the IPCC report and a New Zealand climate change commissioner, said that as the climate warmed, the tracks of storms were moving towards the poles in many regions, notably across the southern hemisphere.

“At the same time, the high-pressure regions in the subtropics are expanding polewards. The net effects for New Zealand are that the west and south will see increases in precipitation in winter and spring, while the north and east will see reductions.”

“Our agricultural systems – including horticulture, viticulture, arable cropping and livestock – are sensitive to these changes, due to their dependence on stable, long-term climatic conditions in which current land-management and land-use decisions and practices were developed, and through impacts on production, quality and yield.” 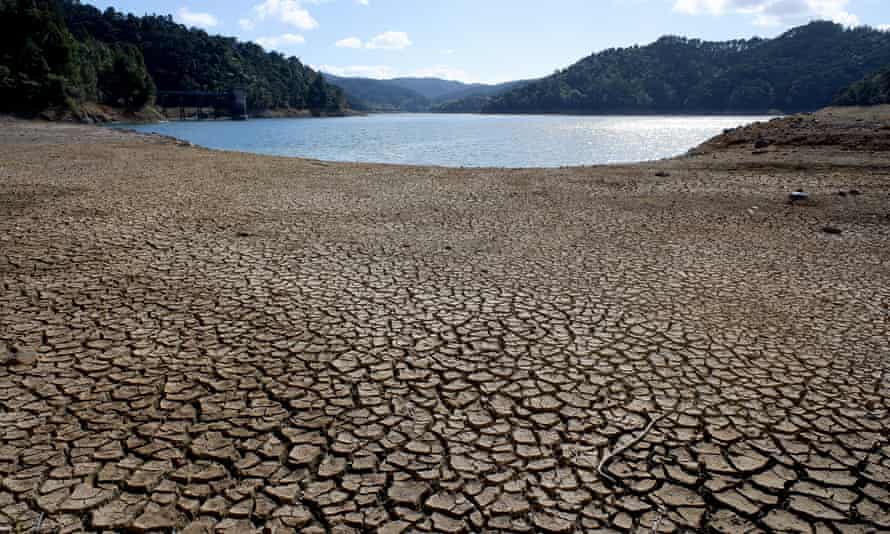 The Cosseys dam in the Hunua Ranges at about 50% capacity during a drought in April last year in Auckland. Photograph: Phil Walter/Getty Images

New Zealand’s cities – home to 90% of the population – can also expect to suffer.

Bronwyn Hayward, a member of the IPCC core writing team, said: “While we need more regional data for New Zealand, cities get a special mention as hotspots where the experience of localised heat and flooding will be more intense than global averages.”

Sea-level rise poses a risk to New Zealand’s 15,000km of coastline, putting tens of thousands of houses in danger of more frequent and extreme flooding and erosion and exposing $14bn worth of local government infrastructure to damage.

A research fellow at the Antarctic Research Centre, Lauren Vargo, said New Zealand would also see decreases in glacier ice and seasonal snow, leading to impacts on water resources, hydropower and tourism, and increases in ocean warming, which will affect resources like seafood.

The report says the top 700m of the ocean has warmed since the 1970s, with the science showing it is “extremely likely” that human activity has been the main driver.

The report was “scary and sobering”, Vargo said.

The report predicts that the ability of forests and other green spaces to absorb carbon dioxide will be weakened with extreme temperatures and droughts.

A principal scientist at the National Institute for Water and Air, Sara Mikaloff-Fletcher, said this was “particularly significant for Aotearoa New Zealand because our forests and land-use offsets roughly a third of our total greenhouse gas emissions”.

“We must begin to come to terms with how changes in climate impact our forests and their ability to absorb and store carbon.”

Where to from here?

While the country’s share of global greenhouse gas emissions is small, its gross emissions per person are high and it is one of the world’s worst performers on emission increases. Its emissions rose by 57% between 1990 and 2018 – the second greatest increase of all industrialised countries. Earlier this year, data showed New Zealand’s emissions had increased by 2% in 2018-19. 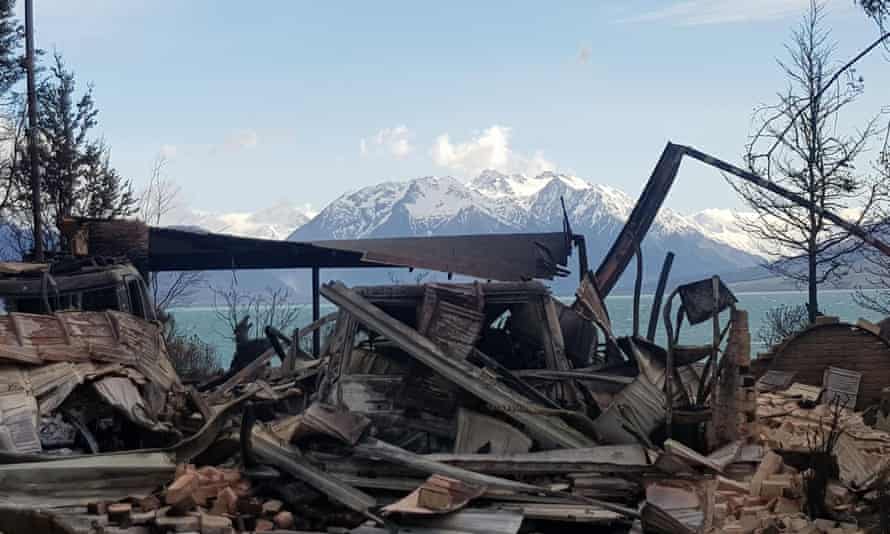 In 2019, New Zealand passed multipartisan climate legislation setting a net-zero-by-2050 target for CO2 emissions, and set up the Climate Change Commission to map out a pathway there. The government is legally bound to formulate a policy response to the commission’s report, which was released in June – but has not outlined what those policy steps will be.

Cradock-Henry said mitigation would now be insufficient to address the changes in climate presented in the report.

“The report is a stark reminder of the need for adaptation. Adaptation will require strategic and even radical adjustments to practices, processes, capital and infrastructure in response to climate change, and must begin now.”

Greenpeace has called upon the government to dramatically reduce the carbon footprint from agriculture, New Zealand’s biggest climate polluter.

“If New Zealand is to retain the ‘clean, green’ image that so much of our export market is built on, the government must cut climate pollution from intensive dairying and catalyse a shift to regenerative organic farming,” its spokesperson, Christine Rose, said.

Responding to the report, the minister for the environment, James Shaw, said every sector of the economy, community and government must act to avert the climate crisis.

“We must use this chance to review progress and make sure the actions we are committing to will cut emissions in line with what the latest science requires,” he said. “Anything less will not be enough.”