What links an Italian broker accused of extorting the Vatican, South African brothers accused of absconding with bitcoin worth more than $3bn from their investors and a disgraced Turkish banking mogul who served time for harbouring his nephew after a murder?

They all recently became citizens of Vanuatu.

Since January 2020, each of them – along with more than 2,000 other people – has purchased citizenship of the remote Pacific island nation of Vanuatu, home to just 300,000 people.

A months-long investigation by the Guardian has detailed for the first time how, for US$130,000 each, Vanuatu sold passports – and with them visa-free access to the UK and EU – to thousands of individuals, including some high-profile former politicians, and also to people linked to sanctions, or facing serious allegations, or with warrants out for their arrest.

The citizenship-by-investment (CBI) scheme is not illegal and many countries around the world offer CBI programs. There are many legitimate reasons for applying, including improved freedom of movement or tax-free offshore banking privileges.

The sale of passports brought in more than US$100m to the Vanuatu government last year, with analysis by Investment Migration Insider finding it accounted for 42% of all government revenue in 2020. Revenue from the program has enabled Vanuatu, one of the poorest countries in the world, to reduce its debt stock.

But security experts have also raised concerns about the program, warning it could create a back door for access to the EU and UK and Vanuatu’s taxation laws make the country an attractive site for money laundering.

By obtaining access to internal government documents, through Vanuatu’s freedom of information laws, the Guardian can reveal a few of the highest-profile, as well as the most notorious individuals who gained Vanuatu passports through the country’s development support scheme.

In response to the Guardian’s inquiries about the individuals included here, Floyd Mera, the director of Vanuatu’s Financial Intelligence Unit, said: “Reading your list, most have allegations, pending investigations and ongoing court proceedings. A few have cases against them only after obtaining Vanuatu citizenship … If there are substantial convictions against any of these names, their citizenship may be revoked.”

He added: “Going forward, the FIU will conduct enhanced checks on the names provided in your list. If any of these persons have criminal convictions, FIU will promptly inform Citizenship Office of the updated information.”

Raees Cajee, 21, and his 18-year old brother, Ameer, are founders of Africrypt, a cryptocurrency investment platform that the brothers told investors in April 2021 had been hacked and crypto-tokens stolen. Lawyers for investors have since alleged that the brothers “disappeared” with bitcoin valued at roughly $3.6bn (£2.6bn).

Documents obtained by the Guardian show that Raees purchased Vanuatu citizenship in October 2020, with Ameer following suit in January 2021.

In November 2020, investors reportedly began noticing strange transfers from their bitcoin wallets – siphoned off via various “dark web” technologies designed to render them untraceable, according to the specialist law firm representing Africrypts’ investors.

In May, Raees established a UK-based shell company, Clandestine Limited. On the UK’s Companies House he listed his nationality as “Citizen of Vanuatu”. As the scandal broke in June, Raees resigned.

In an interview with the Wall Street Journal from an undisclosed location, Raees Cajee categorically denied they had absconded with the funds or any other wrongdoing, claiming they were forced to flee due to “death threats”, allegedly including by “organised crime syndicates”.

They are reported as saying the firm’s portfolio was never as much as $3.6bn and that no more than $5m is currently missing. A lawyer for the brothers told the BBC that his firm was working to prepare a dossier to demonstrate to the authorities that Africrypt had been hacked and the brothers had been the victim of theft. He was reported as saying that Raees and Ameer Cajee would cooperate with any future inquiries by the authorities.

Libya’s former UN-backed prime minister Fayez al-Sarraj purchased Vanuatu citizenship for himself and his family in January 2020 while still in office. The application was made under his wife’s name. 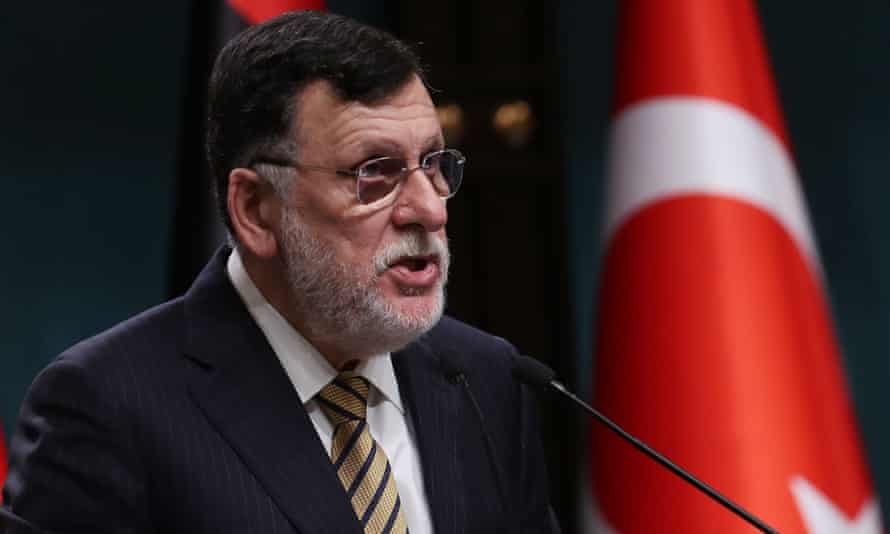 In December 2019, amid an escalating civil war, Sarraj’s rival, Tobruk-based general Khalifa Haftar, announced the beginning of a new offensive in what he declared the “final battle” for the capital.

The assault on Libya’s capital failed, but Sarraj went on to resign from his position as prime minister of the Tripoli-based government of national accord in March 2021. He has since reportedly left Libya.

There is no suggestion by the Guardian that Sarraj or his wife have been involved in any wrongdoing or criminal activity, or did anything improper in buying a Vanuatu passport.

However, Sarraj’s probable status as a politically-exposed person (PEP) means that he would likely have faced more difficult hurdles or even been barred from applying to many countries offering citizenship-by-investment programs in the Caribbean or EU.

A politically-exposed-person is defined as someone considered more susceptible to bribery and corruption by virtue of their position.

Mera, from Vanuatu’s Financial Intelligence Unit, said: “We include information on applicants who are politically exposed persons to the [Citizenship Commission] Screening committee.” But Vanuatu’s regulations “only prohibits persons with criminal/conviction records” from being granted citizenship.

Alaa Ibrahim, the former Syrian governor of Damascus countryside, is named in the list, having obtained Vanuatu citizenship in November 2020 while still a senior serving regime figure.

Ibrahim, who served as governor for more than four years, applied alongside his wife, Rim Najib, and three children.

The family are related to the ruling Assad dynasty – Najib being the first cousin of president Bashar al-Assad himself.

In December 2020 Assad dismissed Ibrahim from his post, before ordering the provisional seizure of the family’s entire assets less than 24 hours later – the first time a seizure order had been issued against a former Syrian official. The decree did not mention any reason for the dismissal and subsequent seizure.

On paper, Vanuatu prevents citizens of Syria, Iraq, Iran, Yemen and North Korea from obtaining citizenship unless they can prove they have been a resident outside these countries for more than five years.

Mera said: “This applicant provided his written affidavit attesting that he has left Syria for over 6 years (has submitted his Lebanon residency permit) and has obtained his funds legitimately through his employment in Lebanon.” He added Vanuatu’s FIU would investigate further.

Ibrahim was residing in Syria in the weeks and months before he obtained citizenship, according to state-controlled media, which reported on him touring resettlement camps during this time. Ibrahim could not be reached for comment.

He was also sentenced to three years in prison in 2011 for harbouring his nephew, Cem, after Cem murdered 17-year-old Münevver Karabulut in 2009. After the killing, Cem went into hiding and was sought by police for more than six months. Garipoglu was charged with harbouring his nephew during this time and was found guilty. When asked how Garipoglu was able to pass Vanuatu’s compliance checks, which require a police clearance, showing the absence of a criminal record, the director of Vanuatu’s Financial Intelligence Unit said it would further investigate Garipoglu’s application, adding there was “nothing in our databases and no Interpol notices” against his name.

Gianluigi Torzi has not only been granted a Vanuatu passport, he has already had to surrender it to police.

Torzi, an Italian businessman accused of extorting the Vatican of €15m ($17.75m) in relation to the purchase of a luxury London property, was forced to surrender his Vanuatu passport to UK authorities in May. Torzi has denied wrongdoing.

This formed part of a conditional bail package that saw Torzi, 42, put up £1.1m ($1.6m) following his arrest by British authorities the same month on an Italian warrant for fraud and money laundering charges.

Through a complex web of offshore structures and shell companies, Torzi is alleged in 2018 to have extorted the Holy See through his role as broker in the purchase of 60 Sloane Avenue, a luxury property development in London’s high-end Chelsea.

The purchase has since snowballed into a major Vatican financial scandal.

The judge declared Torzi a flight risk without large security, subsequently stripping him of his passports – including that of Vanuatu, his lawyer told the Guardian.

Torzi’s lawyer, Francesco Meduri, told the Guardian that Torzi had originally purchased Vanuatu citizenship “exclusively for business motives”. He denied that it was ever obtained with the purpose of escaping justice and the Guardian does not suggest otherwise.

Torzi had already been flagged on a global anti-money laundering watchlist at the time of his Vanuatu application, and was previously a suspect in a number of criminal investigations but never prosecuted. According to reports he has said that all the criminal cases against him have been archived and the entry in WorldCheck naming him – a database that shows politically-exposed persons and high-risk individuals and organisations – is a mistake.

Abdul Rahman Khiti, a Syrian businessman obtained Vanuatu citizenship in January of this year. Just a few weeks earlier, the US imposed sanctions on a number of Khiti’s businesses. The companies are owned jointly alongside his brother, the sanctioned Syrian MP Amer Khiti, whom the new designations were aimed at further curbing. 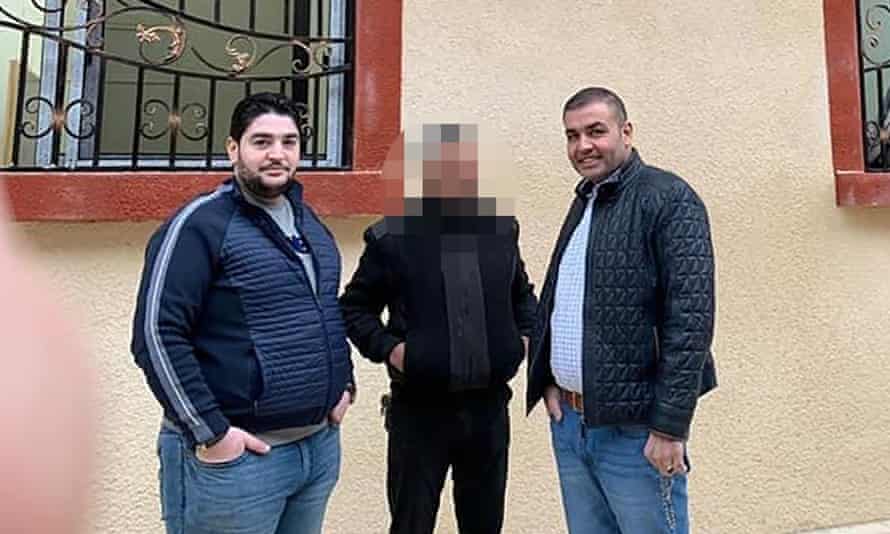 Abdul Rahman Khiti, left, poses with his brother, Syrian MP Amer Khiti, right, in front of a Syrian Ministry of Defence recruitment office in Douma amid Amer’s election campaign in 2020

Abdul Rahman’s identity was able to be verified by connecting him to his wife – another co-applicant – through their social media footprint. His wife’s name is also listed as a joint shareholder in a number of his sanctioned businesses, according to documents.

The Khiti brothers can be seen in pictures living an opulent lifestyle despite Syria reeling from its worst economic collapse in modern history – travelling in private jets, racing sports cars and breeding thoroughbred horses.

Ronald Warsal, the chairman of the Vanuatu Citizenship Office and Commission, said: “Abdul Rahman Khiti’s application was lodged prior to sanctions on a number of his business and by the time his application came before the screening committee and the FIU there was no adverse finding against him and the commission approved his application.”

Warsal said that Khiti also provided proof of his residency outside Syria for five years prior to applying. He added that the Citizenship Commission would be further investigating Khiti’s citizenship.

Mishra is embroiled in a multimillion-dollar cattle- and coal-smuggling case in western Bengal, thought to be the biggest in the country’s history. He has claimed that he left India in September 2020 after threats to his life. 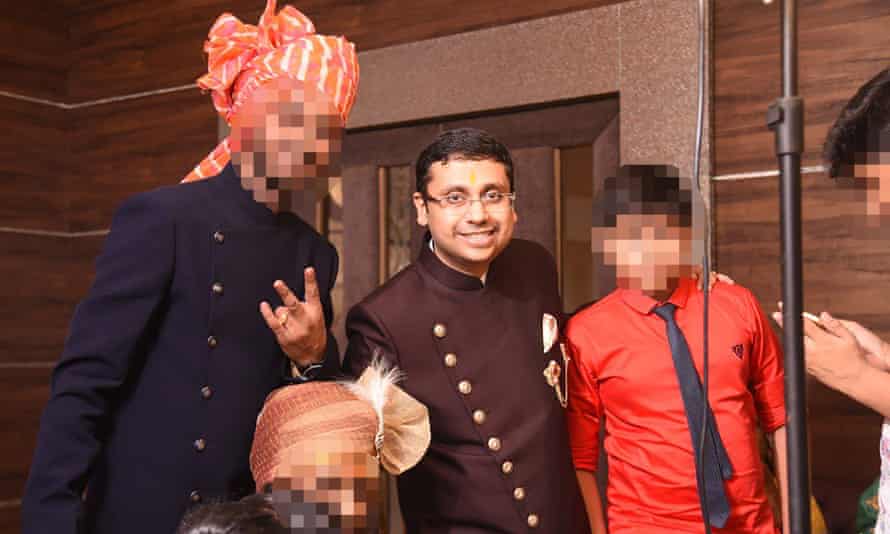 According to reports, Mishra filed an affidavit in the Calcutta high court saying he left India in September 2020, before investigation into the cases had begun. After obtaining Vanuatu citizenship in November last year, Mishra renounced his Indian citizenship.

His lawyer was reported as saying: “There is no question of fleeing here because he left India before the probe started. In fact, he is pleading that he wants to come back.” He has since requested to appear before India’s Central Bureau of Investigation remotely, citing the pandemic.

Warsal, of Vanuatu’s Citizenship Office, confirmed to the Vanuatu Daily Post this month that the allegations against Mishra surfaced after he became a citizen of Vanuatu.

Mera, of Vanuatu’s Financial Intelligence Unit, told the Daily Post that “no adverse or associate adverse information was found” against Mishra during the checks completed as part of his application process.