The New South Wales premier says the state’s construction industry will “definitely” return by the end of July, but has suggested the state will not adopt Victoria’s model of capacity limits on work sites because they “cause confusion”.

Brian Seidler, executive director of the Master Builders Association in NSW, said talks with the government had been ongoing since the industry was caught off-guard by an announcement on Saturday that the construction industry would face a shutdown in the wake of spiralling case numbers in Sydney.

“I was on the phone for seven hours on Sunday. We were advised maybe half an hour before the announcement of what was going to happen,” he said.

“It’s happened now and what we need to do is demonstrate to the government and to NSW Health that the building industry can do its business in a safe manner without exposing our workforce, clients and the public to Covid-19.”

The shutdown has also left some Sydney residents living in half-completed homes thanks to delays on renovations. On Saturday, much of Nicole MacGregor’s Blacktown home was gutted in anticipation of a renovation.

But the shutdown meant work stopped unexpectedly, leaving exposed wires in her home while workers rushed to do as much as they could for all of their clients.

Then, on Sunday night, a burst hot water pipe meant she lost water and power in the home and had to scramble to arrange emergency work on the house.

“We’ve got no power, no water until we can get someone out to fix it, we’ve got one bathroom we can use, no kitchen, it’s chaos,” she said.

Seidler and other industry figures are pushing the government to introduce a “staggered” return to construction before 31 July, and it’s understood some senior figures within the NSW government want the state to introduce rules similar to those used in Victoria during previous lockdowns where sites were capped at 25% capacity.

But on Tuesday Berejiklian seemed to pour cold water on that. While she said the industry would “definitely” return in some form by the end of the closure on 31 July, the premier also said the ban was enforced as “too many workplaces” including government projects were failing to enforce Covid safety plans.

She also said she did not support percentage caps on sites because they “caused confusion”, while chief medical officer Dr Kerry Chant said the government would announce plans for the return of the industry before the end of the month.

“I want to stress the government is working very hard with communities to make sure construction can go back to work safely after July 30, and we will be having more say about that in the coming days,” she said.

In the meantime the shutdown has caused havoc for small and large players in the industry, as well as those relying on builders.

“I’m upset, I feel as though I’ve had my right to work taken away from me,” Casula builder Fahad Hamid told the Guardian.

Hamid, who started his owner-operated building company with a friend in April, said he had been shocked when watching the government’s press conference on Saturday.

“I was speechless, just shocked, like ‘is this actually happening’, I feel as though as an industry were have done everything to comply with the rules, we’ve had check-in codes on site, hand sanitiser, everything that has been asked of us, and I know all of my friends in the industry have been the same,” he said. 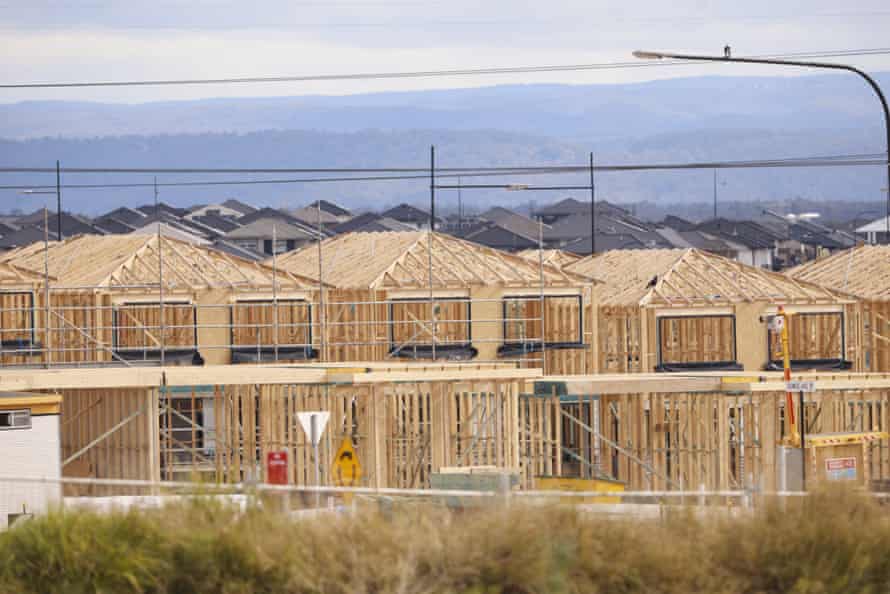 Hamid said that while he was looking at what government support was available to him, it would not meet the shortfall in building progress payments he will now not receive for at least a fortnight.

“I’m basically sitting in the office now just wondering where we’re at, and it’s not just us, it’s the suppliers, everyone.”

National cabinet’s pandemic exit strategy only considered modelling for the “transition” phase over the next six months, with the Doherty...