Good morning. Victorians are set to find out today how long the state’s lockdown will continue, while problems with the vaccine rollout continue. We also have the latest on international cyber-attacks and how Peppa Pig is changing children’s accents.

Aged care workers are eager to be vaccinated but are being hampered by failures with the government’s “messy and confusing” rollout. Both industry and staff unions have warned the government the most significant barrier for aged care workers continues to be the lack of vaccination teams visiting staff in their workplaces. Kasy Chambers, Anglicare Australia executive director, accused the government of attempting to shift blame on to workers for the low rates of vaccinations. “Instead of getting easy access to vaccines, they were left to navigate a messy and confusing rollout,” she said. Meanwhile, a woman in her 50s from south-western Sydney has died of Covid – the fifth death linked to the current Delta outbreak. Sydney media reported the woman was the mother of two of a group of removalists who allegedly travelled to the state’s central west for work after one had initially tested positive to Covid.

The Morrison government has joined with the US, the UK and other countries to accuse China of “malicious cyber activities”, in a move likely to inflame tensions in the relationship with Beijing. “The Australian government has determined that China’s ministry of state security exploited vulnerabilities in the Microsoft Exchange software to affect thousands of computers and networks worldwide, including in Australia,” the ministers said in a statement. Diplomats hope that by publicly calling out the links between hacking groups, Beijing will be forced to close them down. Officials were understood to have presented dossiers to the Chinese government justifying their attribution. Sources said Chinese officials tended to respond with surprise and ask for further information. China was quick to respond, describing the allegation as a “huge lie” in the state-owned Global Times.

The latest from The Pegasus Project revealed at least 50 people close to Mexico’s president, Andrés Manuel López Obrador, were included in a leaked list of numbers selected by government clients of the Israeli spyware company NSO Group before his election. Edward Snowden has called for a ban on spyware trade or face a world in which no mobile phone is safe from state-sponsored hackers. Catch up on the latest here.

Australian MPs have been given the option of remotely connecting to parliament to appear by video link. Photograph: Mike Bowers/The Guardian

Scott Morrison has suffered a 15 percentage point drop in public perceptions that he is good in a crisis and an increasing number of people believe he shirks responsibility and is out of touch with ordinary people, according to the Guardian Essential poll.

The energy giant Chevron has conceded its carbon capture and storage (CCS) project has failed to meet a five-year target to bury at least 80% of emissions from a gas reservoir. 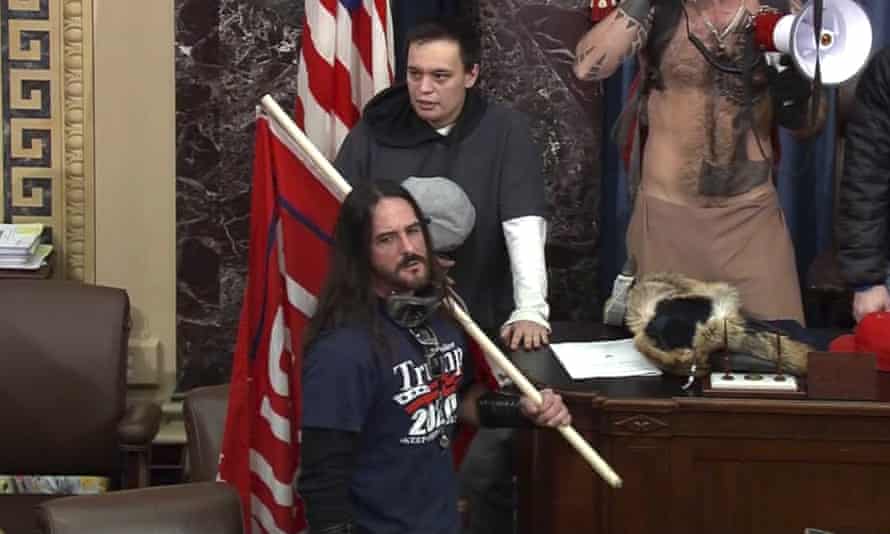 Prosecutors pushed for 18 months, although they said Paul Hodgkins deserved some leniency for pleading guilty to the obstruction charge. Photograph: AP

A Trump supporter was sentenced to eight months in prison for his role in the 6 January insurrection in Washington, a punishment likely to set a benchmark for later cases. Paul Hodgkins is the first rioter to be sentenced for a felony crime in connection with the attack and among 570 people charged with taking part in the riot.

Germany’s flood alert system has been criticised for its “monumental failure”. More details have emerged of how early warnings about record rainfall and expected floods did not make their way to the communities most at risk as the death toll passes 150.

The Duke of Sussex has agreed on a publishing deal to write his memoirs and said he would do so “not as the prince I was born, but as the man I have become”. 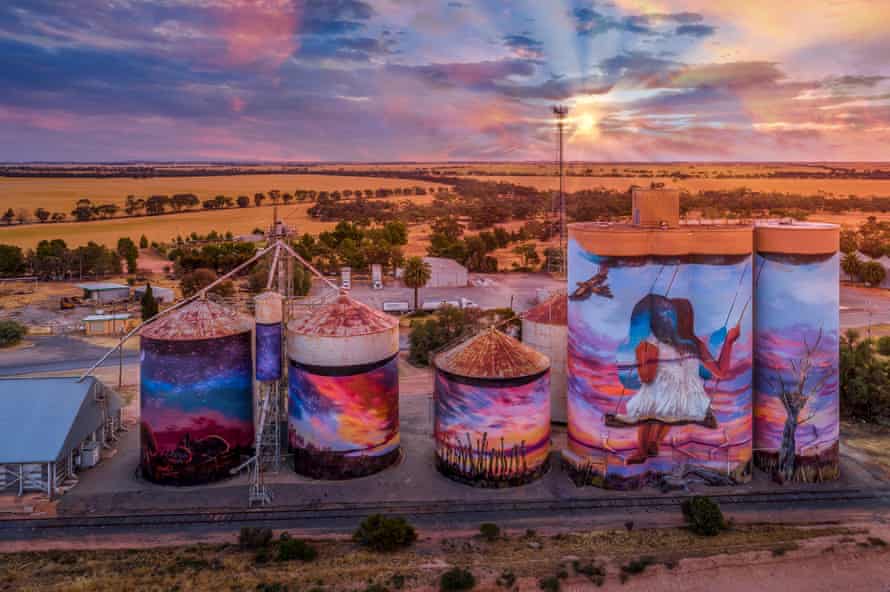 Dreaming of a road trip post-lockdown? Silo art has turned the Australian outback into a vast outdoor gallery. Dotted across the country, the gigantic murals give those exploring the land an insight into the people who live there. Here’s a taste of what can be seen across the outback.

Dying at just 30 years old, Paige Clark’s partner bargained with doctors to leave hospital and play his last show. She has never seen a person more alive. “When you think of a young man dying, you might not think of a person on a stage, in front of a crowd of thousands, wearing both his festival wristband and his hospital admission one. But I do. When I think of someone dying, I think of what it means to light up as brightly as Adrian did that day.”

Meriam and Wuthathi woman Terri Janke has spent 20 years finessing protocols that could empower Indigenous people to protect their arts and culture. Her new book, True Tracks, is a resource for respecting Indigenous knowledge and culture and discusses how the Australian legal system offers limited protection for Indigenous traditional design. “We are living in a country that has amazing world cultural heritage, and we need to be really respectful of it,” she says.

“Just how fast is the economy running right now?” asks Greg Jericho. “We could look at GDP and the unemployment rate, but these bring with them so many caveats that they are little more than guides because nothing now is anything like normal. The borders are closed while at the same time we have a record amount of government spending and record low interest rates in effect acting like steroids. Trying to discern how fast the ‘real’ economy is, is difficult.”

What happened when a powerful phone-hacking tool was sold to governments around the world? Listen to part 1 of a major international investigation that introduces our new Today in Focus host, Michael Safi, who chats with investigative reporter Stephanie Kirchgaessner about how NSO Group’s clients have apparently selected journalists, activists and politicians in advance of possible surveillance.

Opals star Liz Cambage is under a code of conduct and integrity investigation, Basketball Australia has confirmed. The governing body said on Monday that Cambage is being investigated for an alleged altercation during a pre-Games practice match against Nigeria.

British paralympian Olivia Breen says she has been left speechless and outraged after being told that her competition briefs were “too short and inappropriate” by an official at the English Championships.

The ABC reports that self-harm and the use of mental health services has increased since the Covid pandemic began, but suicide rates have not. More than 200,000 Queenslanders are on a waiting list for the Pfizer jab, but are unable to book in as the state only has enough Pfizer supplies for second doses and critical frontline workers, reports the Courier Mail. The Sydney and Victorian lockdowns could cost the country $10bn, and threatens to derail the national economic recovery, according to the The Age.

The Victorian premier, Daniel Andrews, will announce how long the state’s lockdown is expected to last.

And if you’ve read this far …

Parents across the US say their children are acquiring British accents, thanks to Peppa Pig.