Isabel calls the shots at one of the most famous music studios in the world (Picture: Carsten Windhorst)

It’s perhaps the most famous music studio in the world, made famous especially because of the iconic Beatles album cover that features the zebra crossing outside and goes by the same name.

But what’s it like being managing director of Abbey Road studios? Isabel Garvey knows, helping to push forward the boundaries of pop music, and mixing with some of the biggest stars in the world.

She spills all below.

What was your first day of working at Abbey Road like?

I was a nervous wreck. People often ask me what it’s like to cross that zebra crossing – which is now grade II listed – and walk into Abbey Road Studios every day. It sounds terribly clichéd but that never gets old.

You always feel, ‘I can’t quite believe I’m walking into this building.’ On day one, multiply that by about a million.

Also, although I joined EMI in 2004, I had never worked in a studio before. I felt a heavy responsibility. This is a piece of British cultural history. I’m now at the helm.
I could really mess this up!

What’s the most unusual or star-studded moment you’ve witnessed on the zebra crossing?

You do have the funny moment where tourists ask you to take a picture of
them on the crossing, which I always oblige. I’ve seen a lot of people on that crossing.

Artists coming in don’t really do that. It tends to be, bizarrely, the politicians and film stars. There was once Bon Jovi and Prince Harry crossing. That felt like a bit of an odd one. That happened when they were both here
for the Invictus Games. 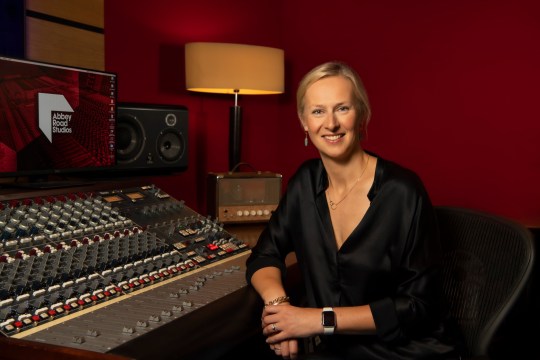 Isabel is used to working with some iconic music equipment (Picture: Carsten Windhorst)

Universal had recently acquired EMI and with it Abbey Road Studios. Part of the brief was ‘here is a brand that has recognition worldwide and yet nothing much has been done with it outside of north-west London’.

My background was very digital – and it’s important we think about Abbey Road not just as a physical building but in a digital world.

Do you have a daily routine?

When I come into Abbey Road it’s all about the coffee but also it’s a lovely time
if you are in the studio early because often orchestras are warming up. It’s also that time when those happy accidents happen.

I do remember early doors walking the corridors and bumping into Paul McCartney. The beautiful thing about this place is that famous artists are coming in to do a job. It all feels natural to be grabbing your cup of tea with Noel Gallagher on one side.

The facts for a studio engineer at Abbey Road

Salary: £21,350 is the entry level at Abbey Road Studios. That would be for our most junior engineer.

Regular hours? I am mainly Monday to Friday but our engineers work some pretty wacky hours. We are open for as long as people want to create music.

Short and sweet advice: Let your passion shine through.

Mistakes, you’ve made a few?

We built three new studios nearly five years ago. When we launched, I was eight-and-a-half months pregnant. We decided to put the microphone for where I would do my speech halfway up the stairs in Studio 2.

My son was a very big baby. By the time I got to the top of the stairs, I just gave this breathy speech. It was awful. I thought, ‘What the hell was I thinking? Why did I put it up there?’ I can still hear that speech in my head.

Any advice for anyone who works here?

I would say, never tell an engineer what your favourite track is because they will always pick it apart. I still haven’t got my answer right. With the different engineers I’ve tried a few different ones.

I’ve tried Where The Streets Have No Name but then I clearly got someone who wasn’t a U2 fan and they said, ‘Yeah, but I hate that beat two minutes in,’ which was something I’d never noticed before and now I can’t unhear it!

The Lady Madonna piano, which Paul McCartney played on the Beatles classic, is still there. Are there all sorts of incredible artefacts?

There are oodles of artefacts. Everyone always laughs because they are just sitting in corridors. Everything works in this building, no matter whether it was
a 1940s piece of equipment or last year. The most asked-for microphones are the Neumann ones. 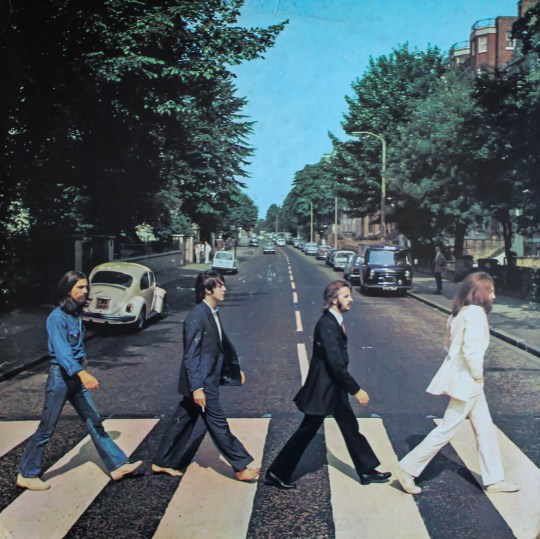 The studio will forever be associated with the famous Beatles album of the same name (Picture: Alamy Stock Photo)

How have you been able to raise awareness of music engineering as a career with the Abbey Road Institute?

We have a scholarship running with two students studying at the Abbey Road Institute, which we launched in 2020 on the back of the Black Lives Matter movement.

That was particularly taking students who are of black origin but also from underprivileged backgrounds to give them the opportunity to study production and engineering.

‘Be as creative as the people who come into the building every day. It’s so humbling to see people come in and then leave having made an album or track, and meanwhile I’ve been on Excel’

We did a huge exercise last International Women’s Day and we’re repeating it this year to inspire women to come into the industry as a career path.

Abbey Road is 90 years old and the pandemic was the first time it closed its doors – even in World War II it stayed open. How hard was that decision?

That was a very weighty decision. We had to do it. It was March 23, 2020, when we shut and I remember walking away just feeling physically sick. You’re thinking, ‘Oh my God, this building has never been closed.’

At the same time we were lucky. We were only closed for eight weeks. We found a way to operate through Covid. To be able to come back in and hear music in the corridors was so emotional. It really felt like we were surviving.

What was your Abbey Road fan-girl experience?

Meeting Bono – he’s a charmer. U2 were in here filming a BBC special a few years ago. We had a good old natter about how good it was to have an Irish person at the helm.

I tried to be a little bit professional and not show I was such a fan but hearing them live in Studio 1 at such close quarters was dreamy.