Guards who protected the British Embassy in Afghanistan were among those unable to escape the country in time, it was revealed today.

They were unable to reach evacuation flights despite buses being arranged to collect some of them as they were ‘not given permission to enter’ the airport.

He spoke to the Foreign Affairs Committee, but did not offer further details on the difficulties the guards faced nor specify how many of them remain in Afghanistan.

The final British evacuation flight from Afghanistan left on Saturday, with those still in the country facing an uncertain future.

Speaking today, Mr Raab confirmed he has ordered a ‘full review’ of the closure of the UK’s embassy in Kabul, amid concerns over the details of UK-linked Afghans falling into the hands of the Taliban.

Asked about the evacuation of the guards, Mr Raab told MPs: ‘We wanted to get some of those embassy guards through but the buses arranged to collect them, to take them to airport, were not given permission to enter.’

The @FCDOGovUK is sending Rapid Deployment teams to Pakistan, Uzbekistan & Tajikistan to reinforce our Embassy staff to process arrivals from Afghanistan, including British Nationals and the Afghans who supported us. (1/2) 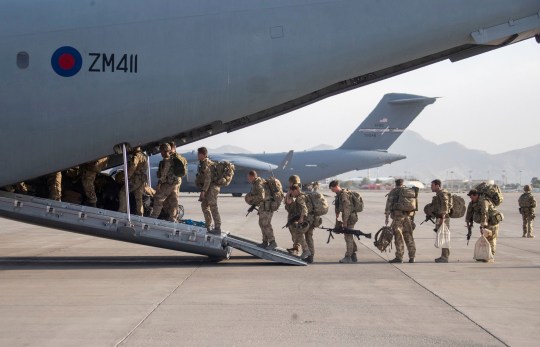 On the closure of the embassy, Mr Raab suggested the failure to destroy sensitive data was ‘regrettable’ and it reflected the ‘pressure on the ground’.

He said: ‘We had a five-day schedule approach for closure of the embassy and it got brought forward because of the situation on the ground.

‘I have nonetheless asked for a full review of what happened to make sure we can learn lessons.’

It comes after a former British Army commander said the ‘moral’ fight to rescue his former Afghan comrades will go on amid the ‘catastrophic’ aftermath of the US and UK withdrawal.

Major Ian Simpson MBE believes the UK should have done far more to safeguard Afghans who risked their lives to assist international forces. 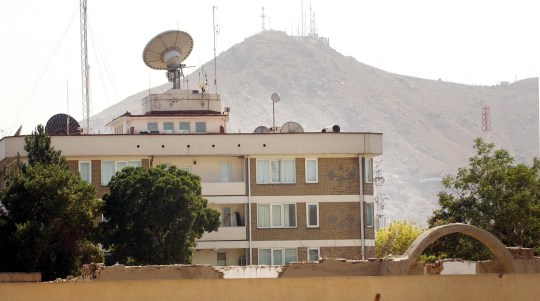 Between 800 and 1,100 Afghans eligible for repatriation to the UK have been left behind, according to Government figures, although Labour has said it is aware of 5,000 cases.

Mr Raab said: ‘All of those whose names The Times passed to us and who worked for us are now in the UK.’

An MoD spokesperson said previously: ‘During Operation Pitting we worked tirelessly to safely evacuate as many people out of Afghanistan as possible, airlifting more than 15,000 people from Kabul including thousands of ARAP [Afghan Citizens’ Resettlement Scheme] applicants and their dependents.