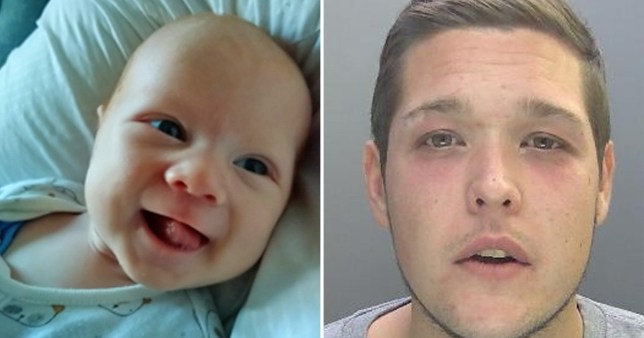 Teddie Mitchell was left with injuries to his brain, spine, eyes and ribs after Kane Mitchell, 31, attacked him (Picture: Cambridgeshire Police)

A man who murdered his partner’s 12-week-old baby by striking his head against a hard surface has been sentenced to life in prison.

Kane Mitchell, 31, must serve a minimum term of 18 years after killing Teddie Mitchell while the child’s mum Lucci Smith, 29, was out on a school run in St Neots, Cambridgeshire.

The infant was left with brain, spinal and eye injuries and fractures to his skull, ribs and collar bone after the violent attack on November 1, 2019. He died in hospital 10 days later.

He said he believes Mitchell did not intend to kill the baby but had meant ‘really serious harm’ as a result of his ‘sudden temper and frustration with Teddie’.

Matthew Jewell QC, mitigating for Mitchell, said his ‘spontaneous loss of temper’ may have been in response to the child’s cries.

It was not a case in which there was an ‘ongoing catalogue of neglect’, he said.

Mitchell, of no fixed address, was sentenced to life on Friday after he was found guilty of murder and of causing or allowing serious harm to a child.

Smith, from St Neots, was found guilty of cruelty to a child after delaying calling an ambulance for her injured son. 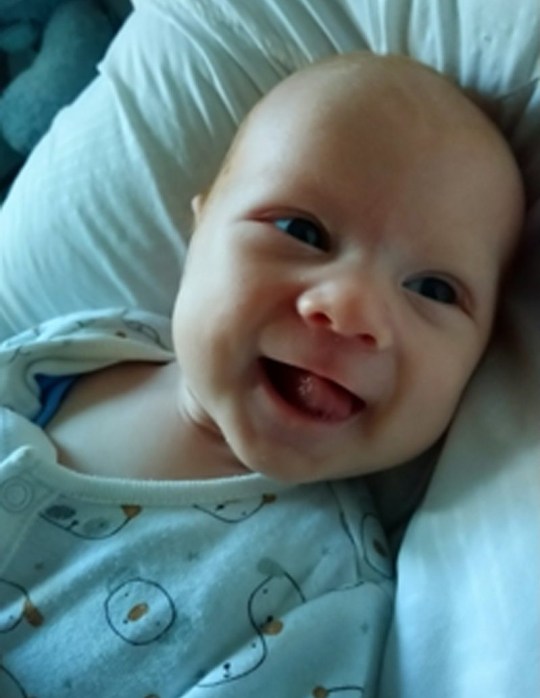 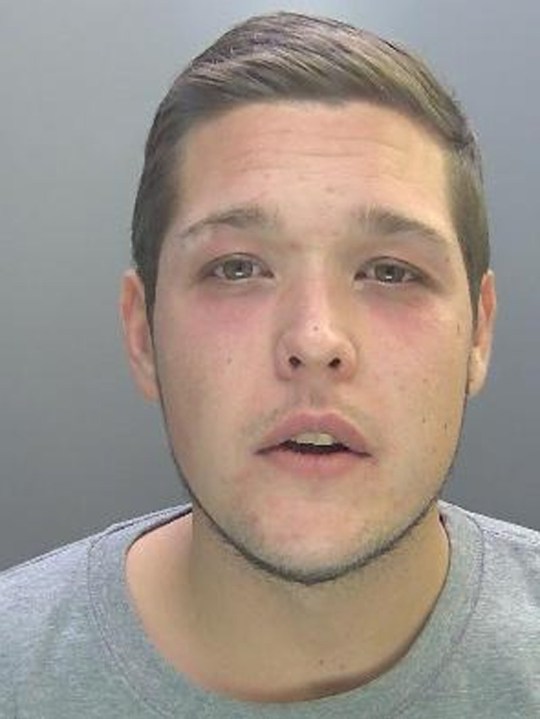 Mitchell flew into a ‘sudden temper and frustration with Teddie’, the court heard (Picture: Cambridgeshire Police) 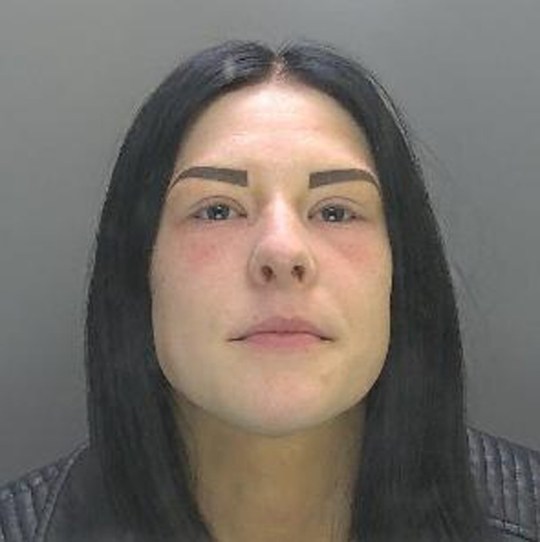 Judge Knowles said Teddie’s injuries were a ‘direct result’ of Mitchell’s actions and that Smith ‘was unaware’ of what happened – but ‘it was obvious to her something was seriously wrong’.

He added: ‘Her failure to obtain earlier medical help couldn’t have saved Teddie – it could have spared him some pain and suffering.’

There is evidence that Smith ‘cared about… and loved’ Teddie, and that Mitchell was an ‘overbearing partner’, the judge added.

Smith was handed a two-year community order, with Judge Knowles noting she already spent several months in prison while remanded in custody ahead of her trial.