The animals live and breed at Tweedmouth Cemetery In Berwick, Northumberland (North News)

A colony of badgers is digging up graves which is devastating grieving families.

The animals live and breed at Tweedmouth Cemetery In Berwick, Northumberland, resulting in the graveyard being dug over and covered in mud.

Northumberland County Council has reassured residents it is carrying out daily inspections of the churchyard.

But the animals are protected by law, meaning it is difficult to remove them.

Alana Brown, who lives a short walk away from the graveyard, has captured the badgers on her camera and has even spotted as many as 40 at one time.

The 39-year-old beauty therapist said: ‘The problem has existed for roughly around 17 months.

‘It’s a hard one because nobody wants to harm the badgers and they are protected but nobody wants our loved ones burial spots damaged either.

She added: ‘I know people affected by it. It’s a very small town where everybody knows each other.

‘There’s one family in particular who have had a relative’s grave been dug and disturbed on 18 out of the last 21 days which is extremely distressing.

‘I’ve seen people lying on top of the graves and people on their knees which is really not nice at all, but the badgers will continue to increase in numbers.’ 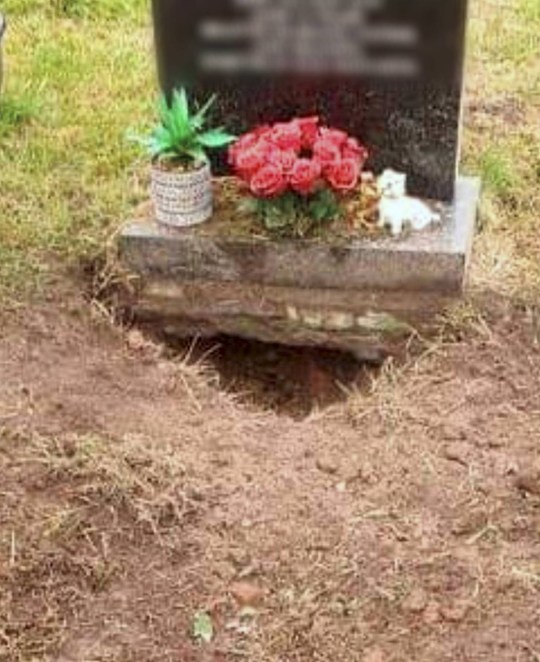 A grave which has been dug up (North News)

Badgers are known for being diggers when building underground habitats or hunting for food, but in other parts of the country, there have been reports of human remains being unearthed.

Ms Brown said: ‘The whole place is overrun with weeds and brambles, we’re talking seven and eight feet in some places.

‘Obviously the badgers are loving it because they love that sort of habitat and they are having such a fabulous time but we don’t want them disturbing graves.’ 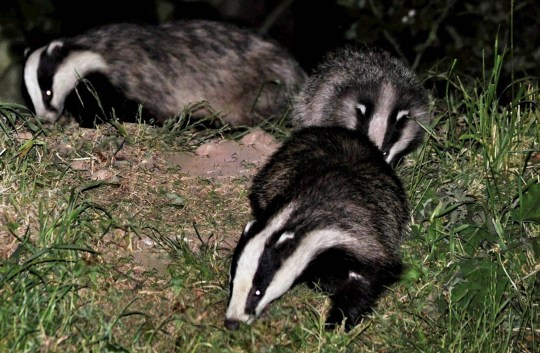 A colony of badgers are causing havoc (North News)

In response, the council has urged residents not to take matters into their own hands.

A Northumberland County Council spokesperson added: ‘We have consulted with ecologists and Natural England about the situation at the cemetery and what actions can be taken to minimise the impact of the badgers’ activity.

‘At present, due to the legal constraints, we are only able to inspect the cemetery on a daily basis and to identify and repair any damage caused.

‘We fully understand people’s concerns, and the distress that this might cause to families who have loved ones buried there.

‘Please be assured that we are monitoring the situation very closely, and taking appropriate action – we would urge people not to take matter.’