A few of the edible creations which went on show (Pictures: Rex)

Sir David Attenborough is surrounded by some of his favourite things in this remarkable near-life-sized cake.

The 4”5’ showstopper was unveiled by artist Stephanie Would at the Cake International show in Birmingham.

Row upon row of culinary delights lit up the city’s National Exhibition Centre this weekend.

Stephanie, 37, collaborated with four cake artists from across the UK on the edible version of the naturalist and broadcaster.

Stephanie, 37, who runs Cake Nation in Bradford, and has previously won a silver and gold award at the annual cake show.

She said: ‘Elsa, who helps me, printed off many images of David Attenborough to work from. First, we started off making the outline which would become the sponge.

‘The face was the trickiest part to get the minute details of his face – and creating a portrait in anything is always very difficult. 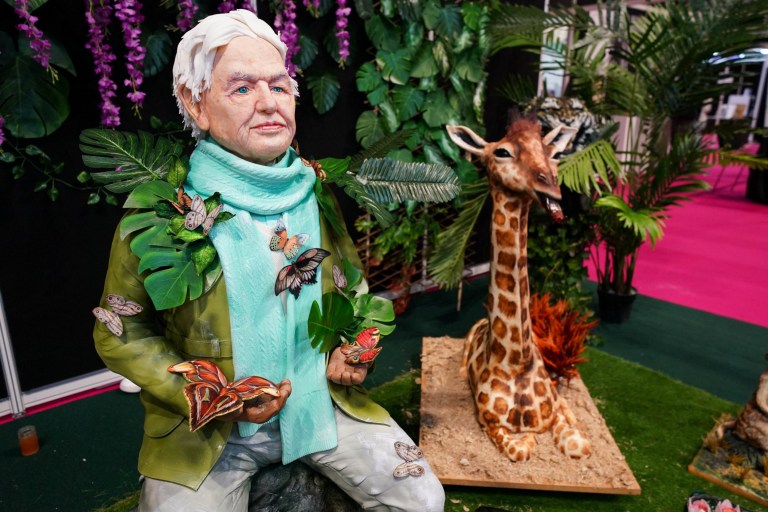 Sir David is surrounded by some of his favourite (Picture: PA) 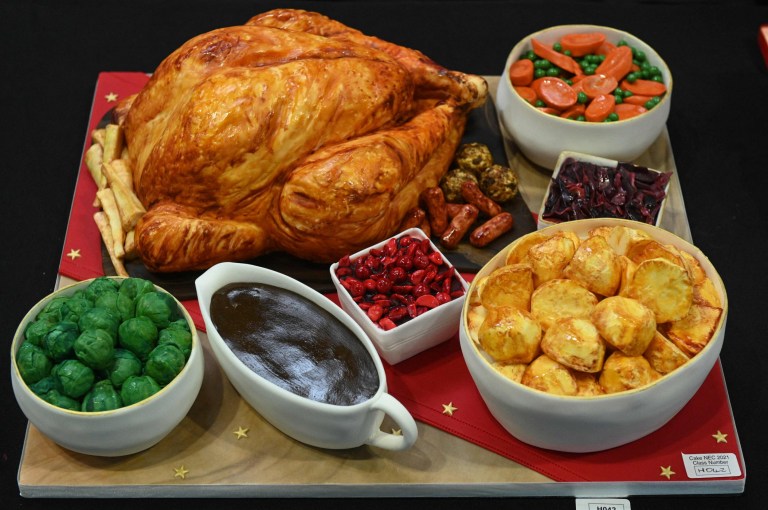 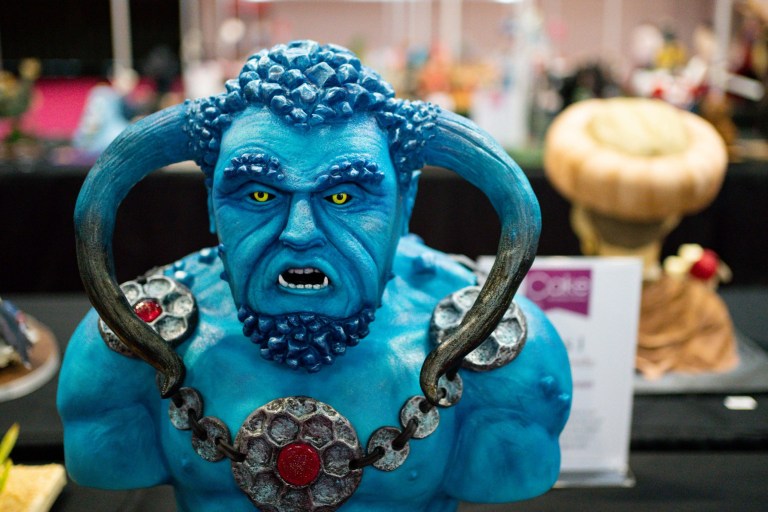 How do you think this one looks? (Picture: PA) 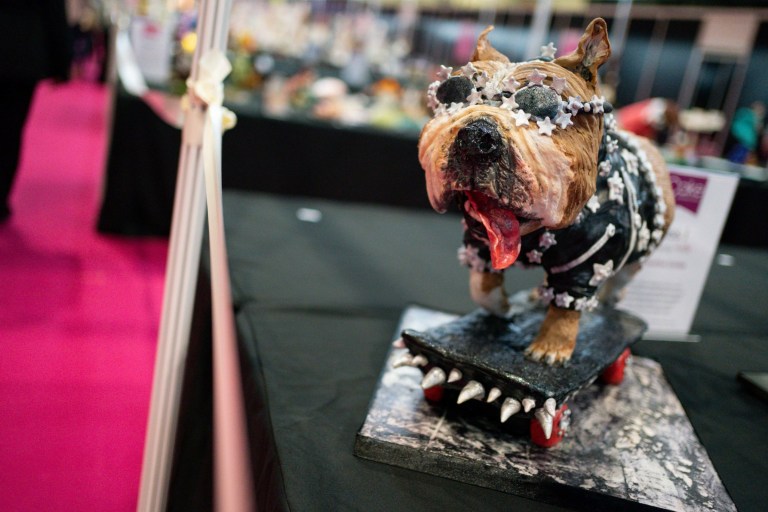 A skateboarding Bulldog cake entered on the first day of the contest (Picture: PA)

‘The tricky bit was baking from everybody’s homes, then putting in together.

‘I don’t have any type of industrial warehouse or ovens; it is all baked piece by piece then added slowly together.

‘We have had pieces travel from all over, from Ireland to Bradford.’ 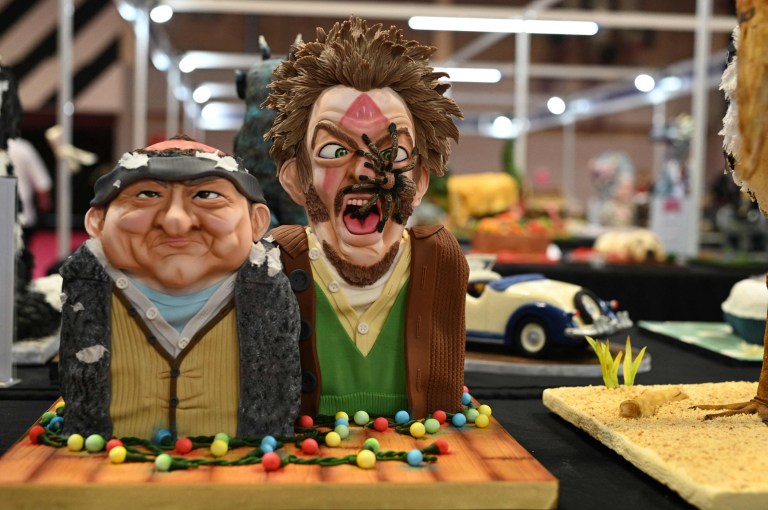 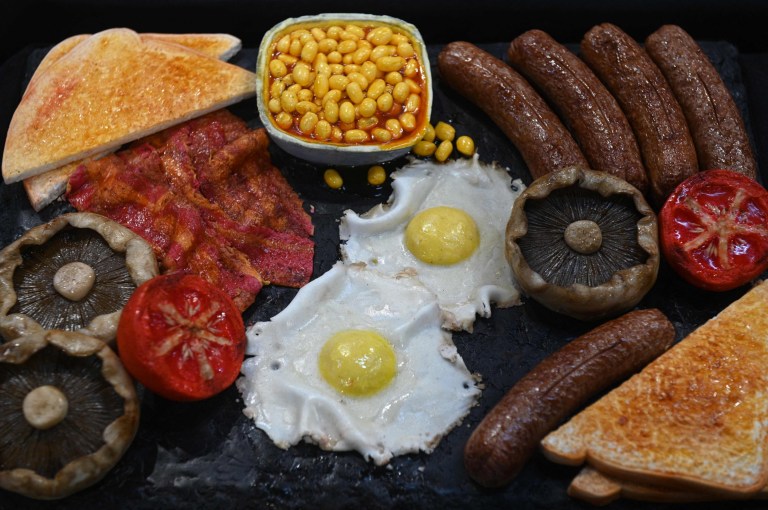 A full English breakfast exhibit is displayed in the ‘decorative’ class (Picture: AFP) 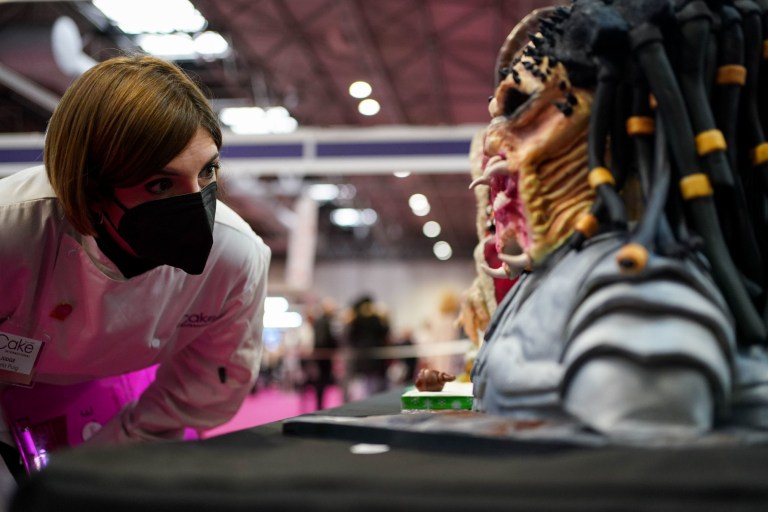 The edible effigy ‘Into the Wild’ features Sir David surrounded by his favourite things – animals and nature such as plant life, butterflies and even a giraffe.

A Medusa from Clash Of The Titans, created by Emma Jayne Cake Design, was also showcased in the event’s decorating contest. 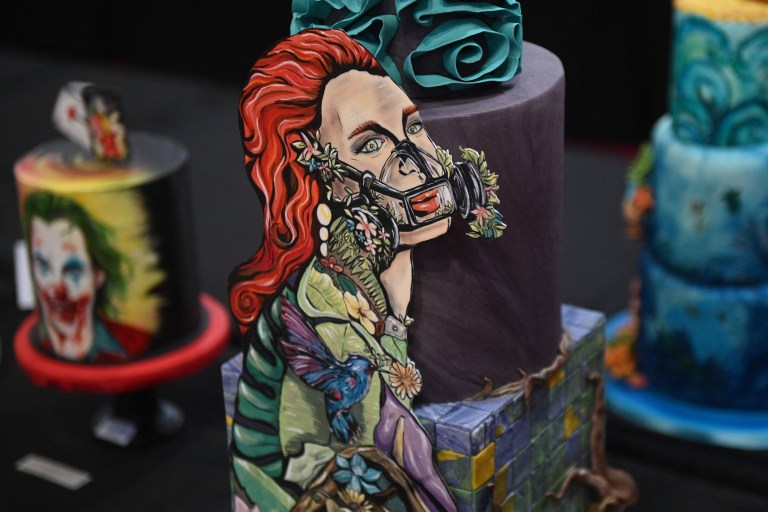 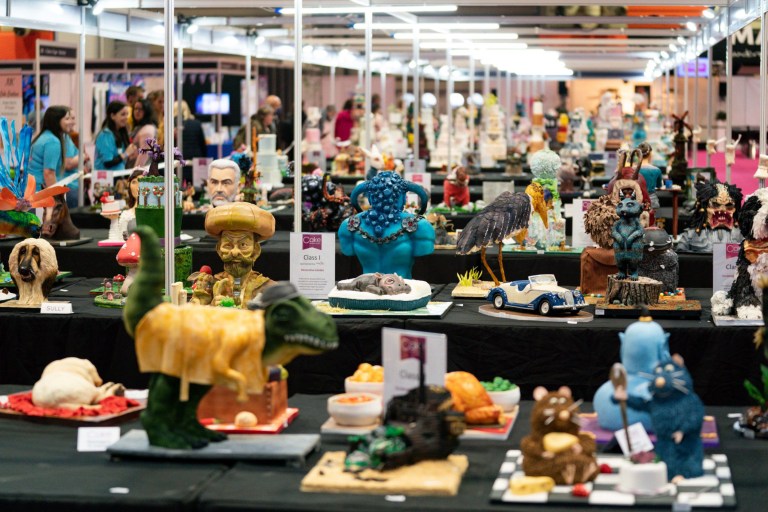 Other extravagant baked goods on display included a nod to the 1990 Christmas classic Home Alone – featuring iced versions of the film’s antagonists Harry and Marv.

There were also cakes disguised as a full English breakfast and Christmas dinner. 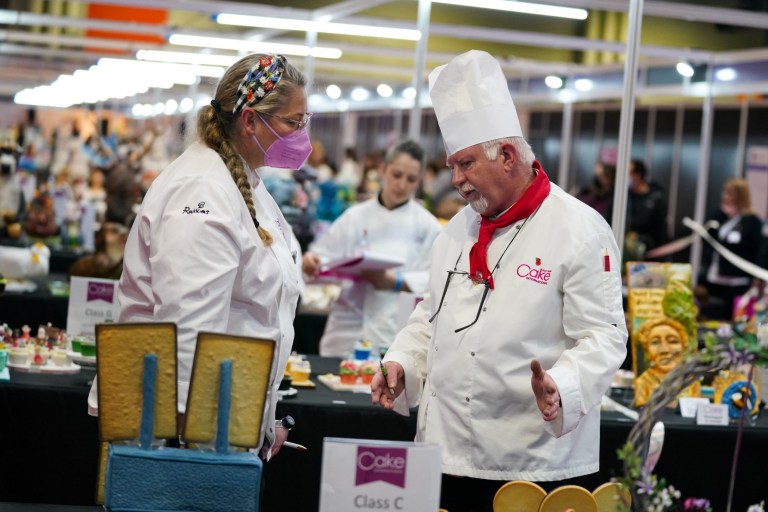 Judging had numerous remarkable creations to pick from at NEC Birmingham (Picture: PA) 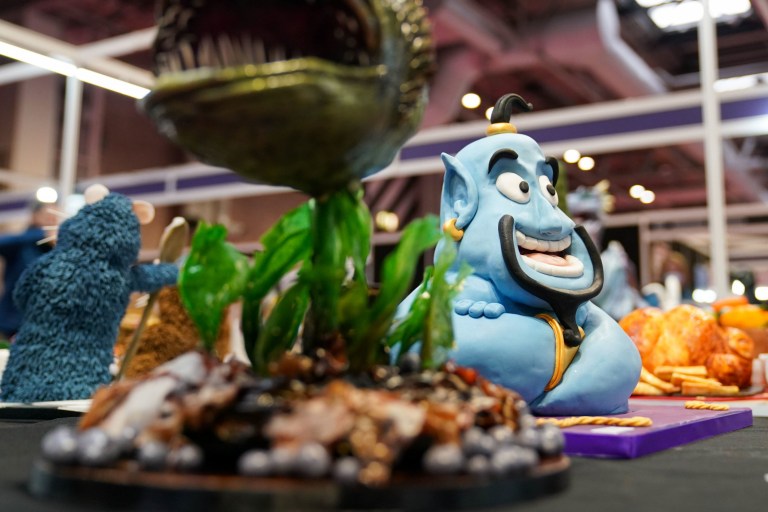 A grinning Genie from the Disney movie Aladdin (Picture: PA)

Another baker created a cool Bulldog riding on a skateboard while wearing shades surrounded by stars.

The show began yesterday at the NEC Birmingham, and runs until Sunday.

At the COP26 climate change conference in Glasgow, Sir David told world leaders this week that humanity is ‘in trouble’ due to burning fossil fuels, destroying nature and releasing carbon into the atmosphere. 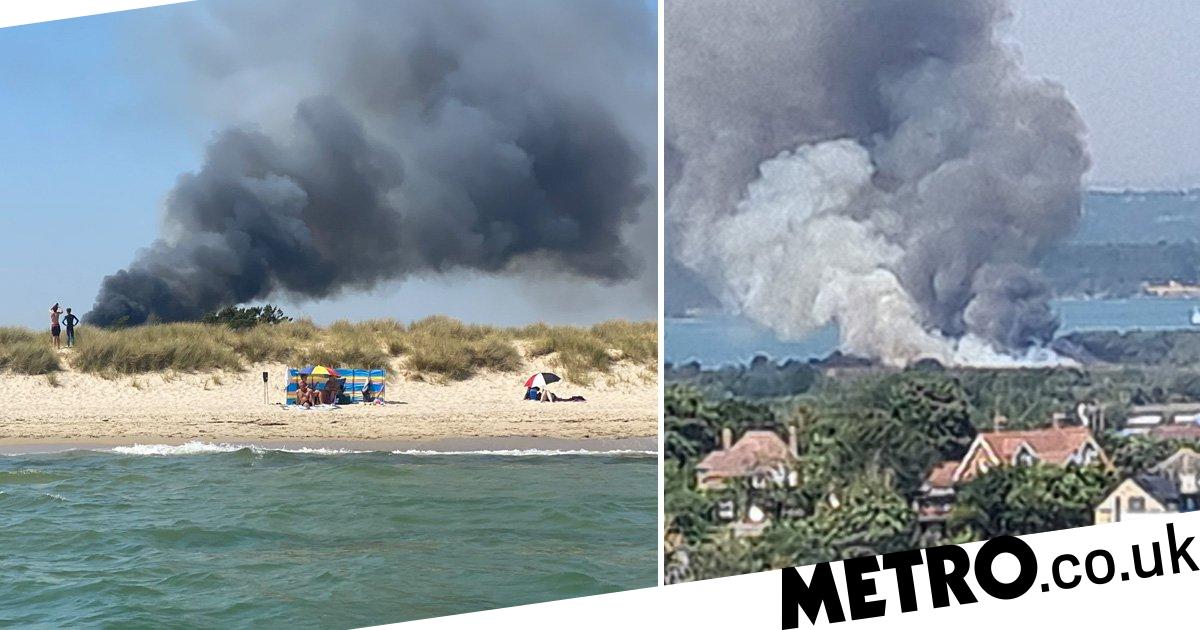