A BEAUTICIAN who unwittingly bought a stolen dog reunited her with the owner 200 miles away. 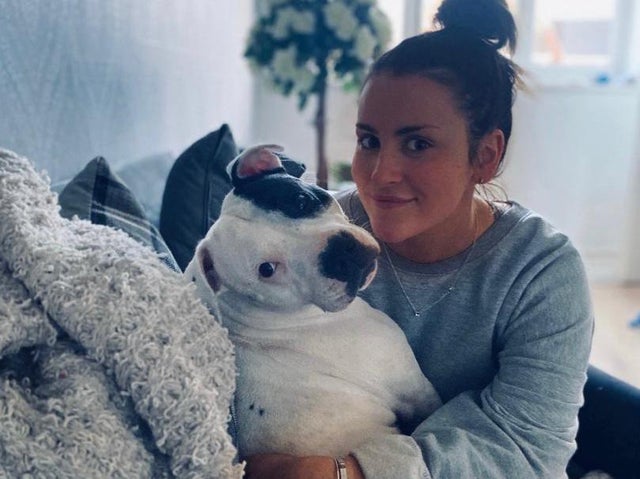 Tayla Smyth did the right thing and gave Molly back 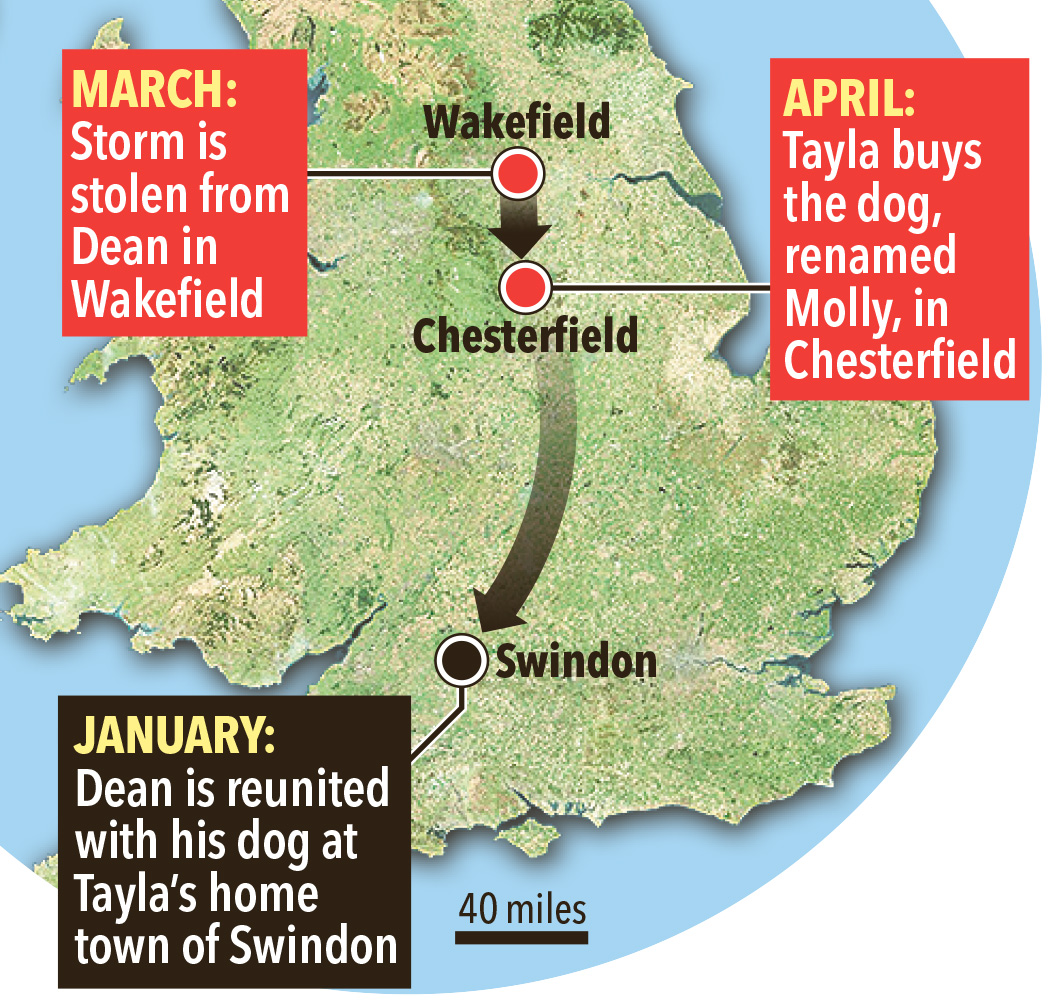 Molly the dog moved across the country and back

But a visit to a vet then uncovered a surprise microchip.

After Tayla contacted the police, Molly’s overjoyed owner Dean Allen, 48, got in touch.

He got the train from Wakefield to Swindon for an emotional reunion on Sunday.

Tayla said: “Molly was my whole life. She didn’t leave my side. 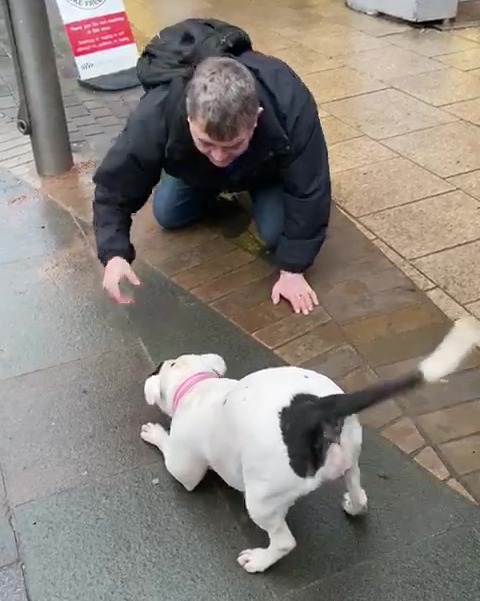 Dean suspected Molly had been stolen 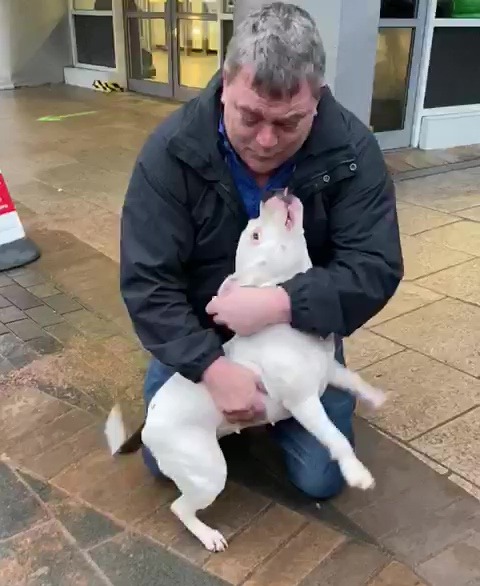 Tayla captured the moment Dean was reunited with Molly 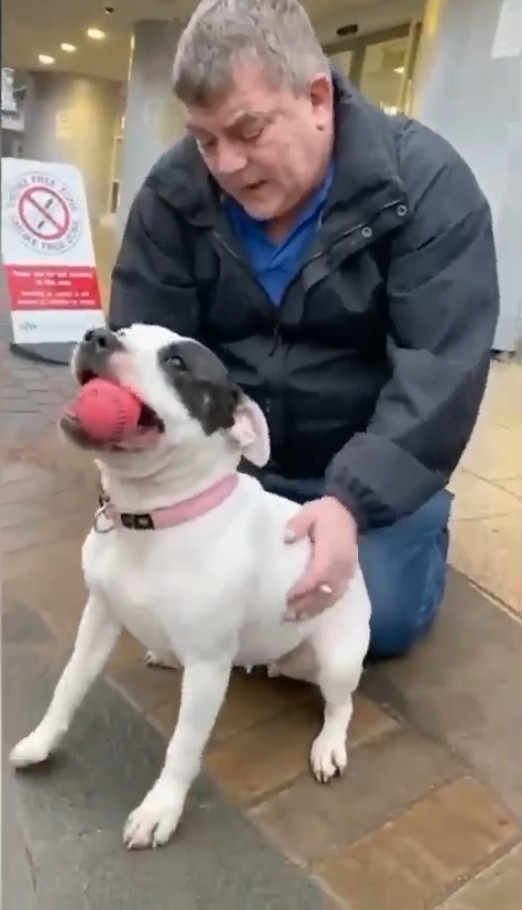 Dean was overjoyed to be reunited with Molly

“Giving her back felt like giving away my baby. I’m absolutely heartbroken — but it was the right thing to do.”

Dean’s white Staffie, called Storm, went missing last March after failing to return with a ball in his local park.

Tayla then paid £500 for her on Gumtree two months later and drove 160 miles to Chesterfield to get her.

She recalled: “The guy insisted I come the next day. I asked if she was chipped but he said he hadn’t got round to it.

“She looked a little thin, but I just thought she was well exercised.

However, the dog is nearly six and is believed to have been bought and sold twice before Tayla got her.

Last December, she hurt a claw and the vet found the chip.

Dean said: “I was sure she must have been stolen because she never ran off without coming back.

“I’d given up hope of ever seeing her again. 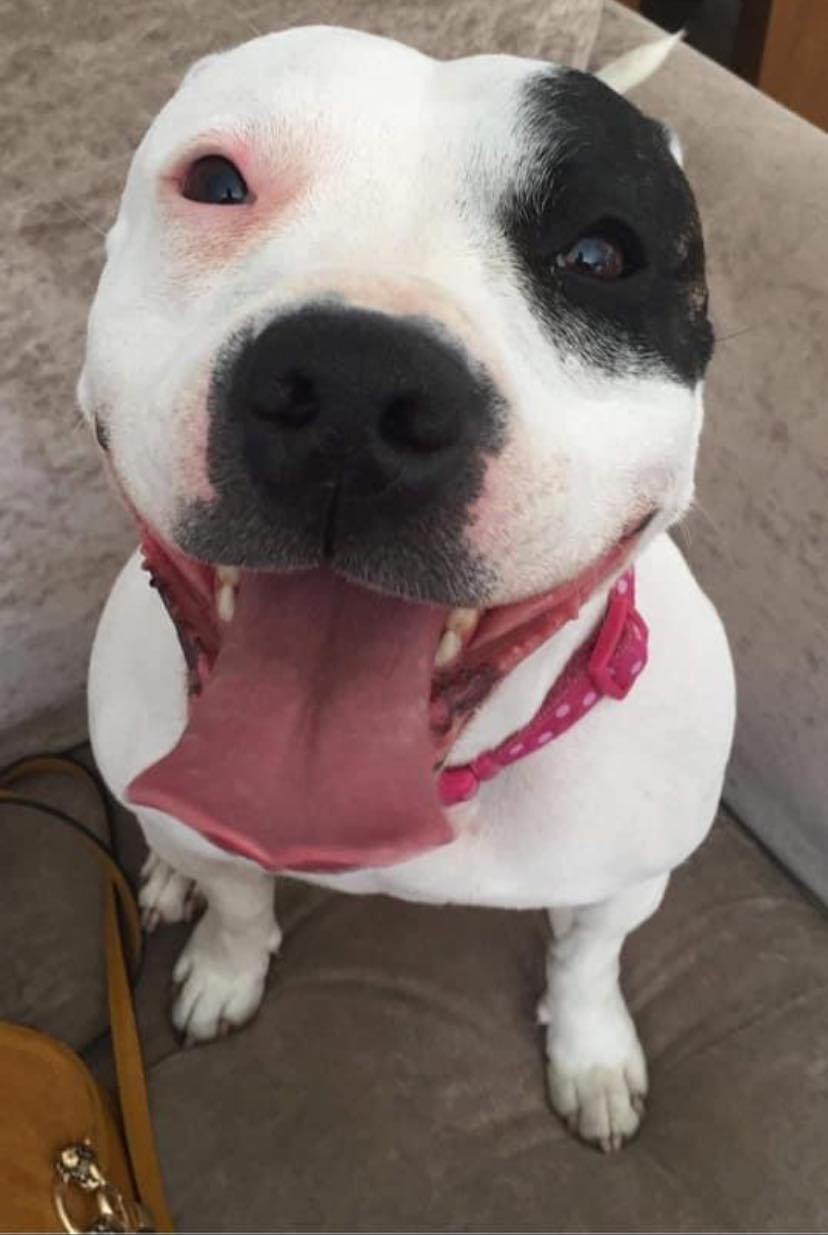 “Words can’t express how grateful I am to Tayla. She’s done an amazing thing.”

Experts say 2020 was the worst year on record for dog thefts as crime gangs cashed in on a huge surge in demand for lockdown pets.

Oakley the pig loves to wag his tail, play fetch and thinks he’s a dog

FROM naughty elves being “given the sack” to a scared Santa being branded “Claustrophobic”, we’ve heard them all.  Up to...

Journalists ‘at No 10 Christmas party are trying to bury story’