Arthur’s Area will provide ‘a fun-filled space for young supporters to enjoy prior to kick-off’ (Picture: Getty)

Birmingham City FC has renamed a section of its stadium in memory of six-year-old Arthur Labinjo-Hughes.

The club’s Family Zone will now be called Arthur’s Area, providing ‘a fun-filled space for young supporters to enjoy prior to kick-off’.

There are also plans to install a giant flag and memorial bricks outside St Andrew’s stadium, as well as a memorial garden ‘where supporters can take a quiet moment to remember him’.

Arthur was killed by his stepmother and father after enduring months or cruel abuse, including being poisoned with salt.

In one of the photos released by police as part of the criminal case, the young Birmingham City fan can be seen beaming in a Blues shirt.

The same picture has since been turned into a mural in Digbeth, with fans of both Birmingham and local rivals Aston Villa contributing towards its creation. 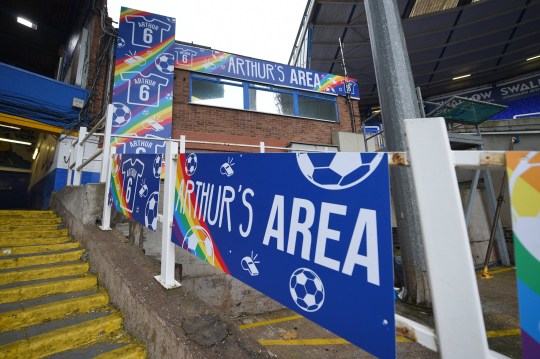 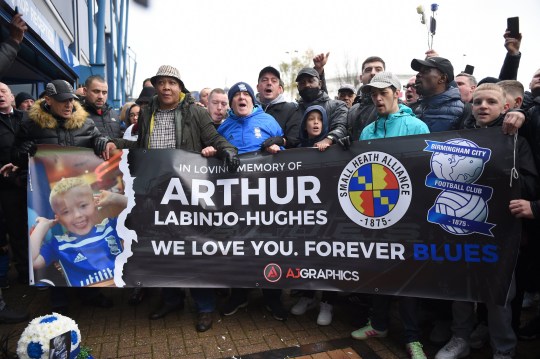 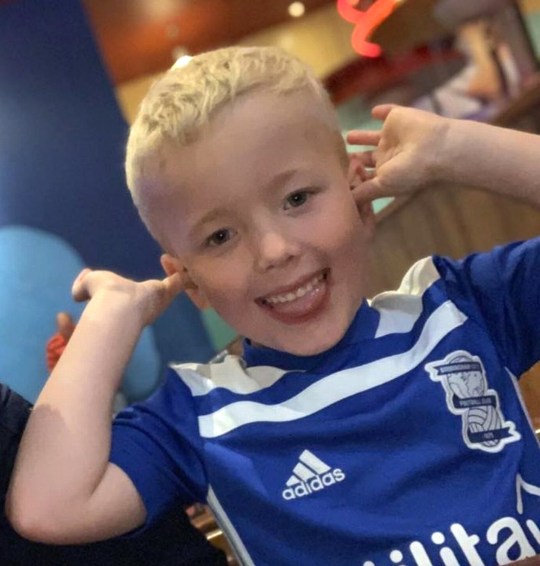 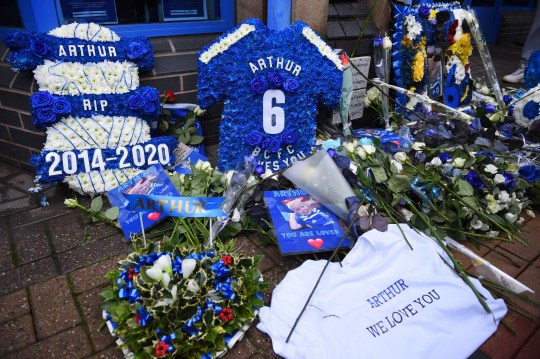 Flowers and wreaths laid in tribute to the six-year-old (Picture: Getty)

West Midlands Mayor Andy Street tweeted a picture of the mural, saying: ‘It says so much about our city and region the way everyone has come together in the face of such tragedy and heartbreak.’

Birmingham City said: ‘The lasting image of Arthur, shared across social media and used by a number of news outlets in recent weeks, depicts a smiling, happy boy wearing a Blues shirt, and we as a Club will strive to keep that memory alive in people’s hearts and minds forever.

‘Arthur Labinjo-Hughes, you are loved.’

The match programme for the game against Cardiff on Saturday will feature Arthur on the front cover, with £1 from each sale going to children’s charities in Birmingham.