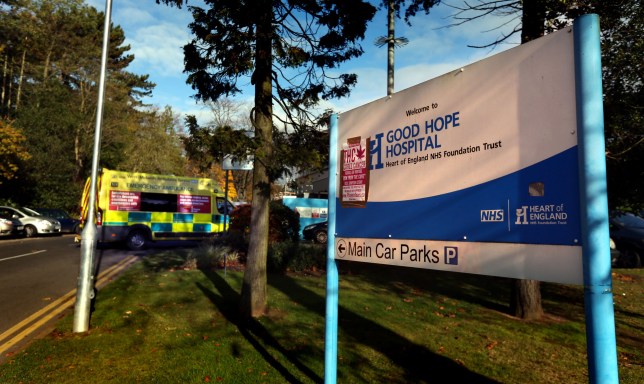 A dead patient was left on a ward for five hours as a hospital struggled to cope with staff shortages during the pandemic.

Another patient being cared for by University Hospitals Birmingham NHS Foundation Trust died after a fall that was ‘potentially avoidable,’ a new report has found.

The Care Quality Commission (CQC) inspected the standard of care at the trust, one of the largest in England, and its findings laid bare the impact of the pandemic.

In one part of the trust, nurses were caring for up to 17 patients at a time.

Inspectors also highlighted issues surrounding infection control after hearing reports of patients without Covid-19 being placed on wards where there were Covid-positive patients.

CQC inspectors said deceased patients at Good Hope Hospital in Sutton Coldfield, one of the hospitals run by the trust, were ‘not always transported from the wards in a timely manner’.

‘On ward eight, a patient had passed away at 6.45am, at 11.35am the patient still had not last offices completed or been transported from the ward due to low staffing levels,’ the report states.

‘This was reported by several staff members and it caused them distress.’ 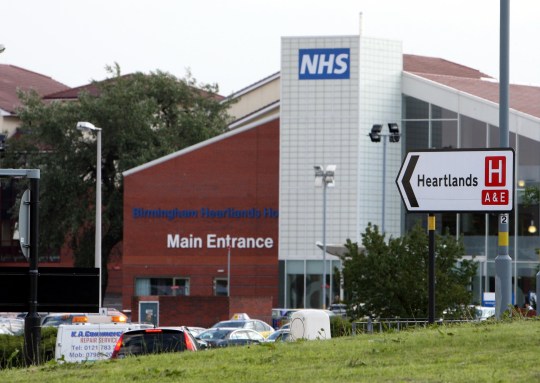 The document also highlights how another patient died and others suffered harm after potentially avoidable falls.

The inspection report states: ‘We were provided with examples of potentially avoidable falls due to low staffing numbers. On ward 11, a patient fell and passed away after sustaining an injury.

‘At the time of the fall, the ward was short-staffed, and all staff were busy with other patients.

‘An investigation report was produced as a result which highlighted staffing as a concern.’ 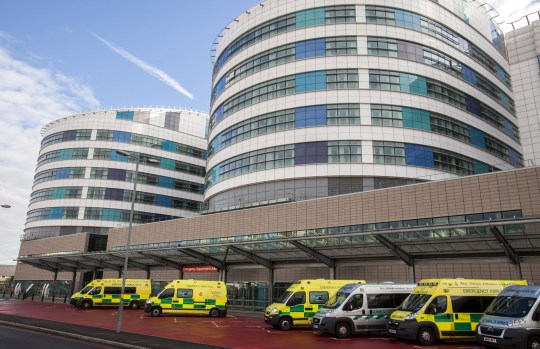 CQC inspectors conducted unannounced inspections at three hospitals run by the trust on December 2 and 9 2020.

They found that the service did not have enough nursing staff to keep patients safe. This sometimes meant that patients had to wait to be supported to eat meals.

Staff were also frequently found to have worked ‘hours’ beyond their 12 hour shifts to ensure patients were safe.

Some relatives complained that patients were discharged ‘in a worse condition than when they were admitted’.

CQC has made recommendations for the trust, including ensuring that nurse staffing is adequate to keep patients safe.

A spokesperson for University Hospitals Birmingham NHS Foundation Trust said: ‘There are some issues raised in the reports, all of which we were aware of prior to the inspection, which we recognise as requiring further work and this is ongoing.

‘The effort of our staff to provide care to what is now well over 11,000 Covid inpatients, during the most difficult period in the history of the NHS, has been and remains quite extraordinary. It continues to be our focus.’