Zahid Naseem kept trying to convince police he did not know what happened to Christina Abbotts (Pictures: Faking It/PA)

Interview footage shows a City banker who murdered an escort lying through his teeth to police, claiming he had no idea what happened to her.

He had he paid her for a night of sex before launching his cocaine and champagne fuelled attack. He is currently serving a life sentence for her murder.

Now, videos have been aired on Discovery’s new series Faking It, showing Naseem trying multiple times to lie about what happened that night.

Although he insists he is in shock and has no idea how Ms Abbotts ended up dead, body language and linguistics professors explain how he gives himself away.

When an interviewer asks Naseem how the £3,500-a-night escort got her injuries, he replies: ‘I just don’t know, that’s why I’m shocked.’ 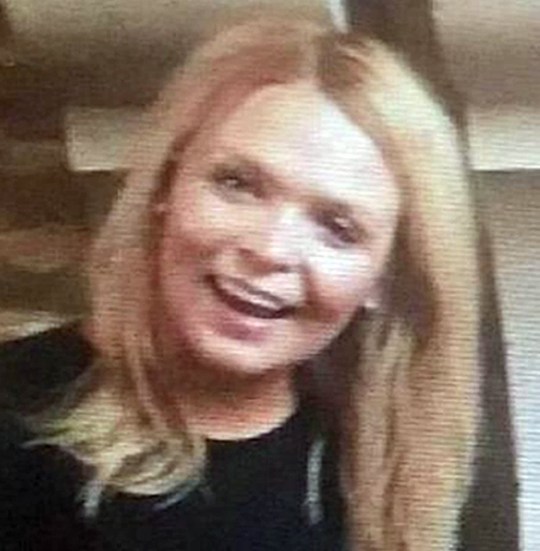 The show then cuts to Doctor Cliff Lansley, who says: ‘The claim he doesn’t know is being contradicted by a single-sided shoulder shrug. This is subconscious, it’s not intended for you to see.’

Naseem is also seen blinking his eyes too often, leading Dr Lansley to conclude the freelance investment consultant is ‘very clear about what happened in that room and he’s lying’.

At one point in the interview, Naseem shifts his sitting position to slump sideways in the chair and fakes a sad face to ‘get police on his side’.

Dr Lansley says: ‘When the brows raise and the mouth arches, it creates a signal of sadness. And when we feel it, that’s what happens. 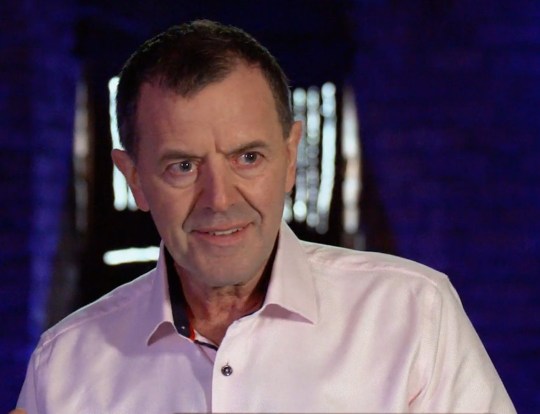 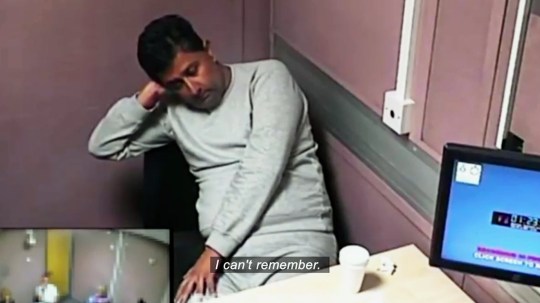 At one point, Naseem shrugs his shoulder and fakes a sad face while being questioned by police (Picture: Faking It)

‘But when you want to pose sadness, you can create the same arch and pretend you’re sad to get pity and some mercy when you’re in the wrong by jutting your chin and pursing your lip.

‘If you ask a child to pose sadness, they do what we call a sulk, and this is what he’s doing.

‘He’s doing a sulk pose on his mouth. His chin raises and his lip pouts out with a little frown.

‘This combination is what we can pose sadness or sulking. It’s not going to convince anyone to have pity at this point.’ 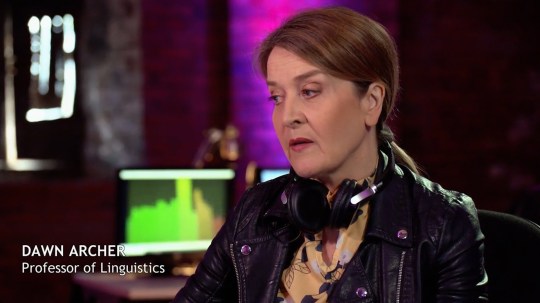 On top of his dishonest body language, the dad-of-two also lets the truth slip with the way he speaks.

Professor of linguistics Dawn Archer tells viewers Naseem was ‘really struggling’ with the line of questioning.

‘That’s a long time to pause before answering. He’s either unsure of what to say and/or he’s thinking about what to say next.’

Naseem tried to fool investigators from the very beginning.

When police broke down the door of Ms Abbotts’ flat in Crawley, West Sussex, Naseem lay on the couch naked in a dressing gown. pretending to be asleep or unconscious.

Bodycam footage shows cops and paramedics calling his bluff, telling him they can see his eyes flickering and they know he can hear them.

Naseem was later arrested for murder and jailed for life in December 2018, despite pleading not guilty.

Faking It airs at 10pm on Saturdays on Quest Red or discovery+.