Boy, 14, tortured and made to strip after refusing to sell drugs 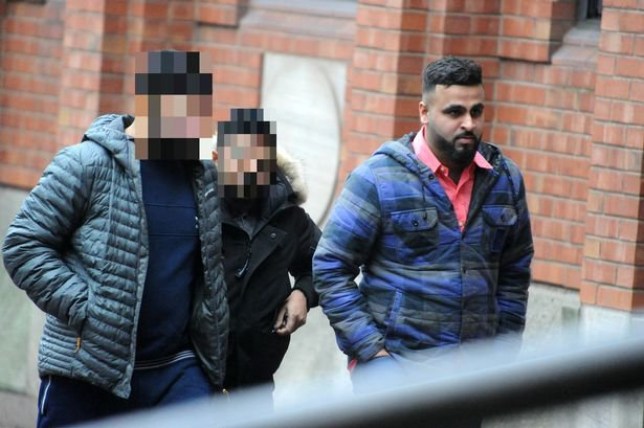 A 14-year-old boy was kidnapped, tortured with a stun gun and forced to strip naked by three gang members after refusing to sell drugs for them.

The boy had been recruited to sell cannabis for a gang including Cameron Wynne, 18, Clinton Prowell, 21, and Hamzah Ahmed, 26, for a few days before deciding he no longer wanted to be involved, Hull Crown Court heard.

He was walking alone along Greenwich Avenue in the east of the city when a black car with tinted windows screeched to a halt next to him and Wynne told him to get in the back.

Prosecutor Ian Cook said Wynne and Prowell both battered the boy in the car, even getting out at one stage to kick him through the open rear door, before picking up Ahmed and another unknown male.

He added: ‘While in the back of the car the unknown male pulled out a stun gun and used it upon the victim several times.

The youngster was taken to a park in Burnham Road where he was again repeatedly prodded with the stun gun.

Mr Cook went on: ‘He was then told to strip naked, to which he did. The defendants then saw that he was bleeding and let him run away. The total length of duration was in the region of one hour.’ 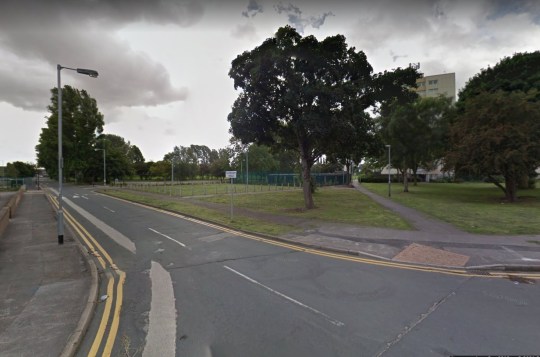 The youngster was taken to a park in Burnham Road (Picture: Google)

The terrified boy desperately tried to flag down passing cars before a passer-by found him cowering next to a road sign crying.

She took him in and gave him some clothes then called the police. An ambulance also attended and took him to Hull Royal Infirmary.

It was not until his second interview with police that the youngster finally mustered the courage to name his attackers and Wynne, Prowell and Ahmed were later arrested.

Police are said to know the identity of the fourth male involved but it is believed that he has fled the area.

Mr Cook said: ‘The victim told police that he knew the three men well and was asked to supply drugs for them.

‘He had been dealing drugs for three or four days with a gang that included these defendants.’

The prosecutor added: ‘He is constantly looking over his shoulder.

‘He now suffers from depression. He has attempted to take his own life on three occasions because he couldn’t cope with the worry and stress he was feeling.

‘He did on one occasion run away and said he wanted to disappear and never go back home. He thought the defendants were going to kill him and he cannot get the fear out of his head.’

Wynne, from Hull, Prowell and Ahmed, both of no fixed address, all pleaded guilty to kidnapping and assault occasioning ABH.

They will return to Hull Crown Court on Wednesday, February 10, to be sentenced.