A LANDSCAPE gardener from Norfolk who was serving as a volunteer medic with Ukrainian forces has been killed by Russian troops while out on patrol.

Craig Stanley Mackintosh, 48, is believed to have been shot dead on Wednesday last week when his squad was ambushed. 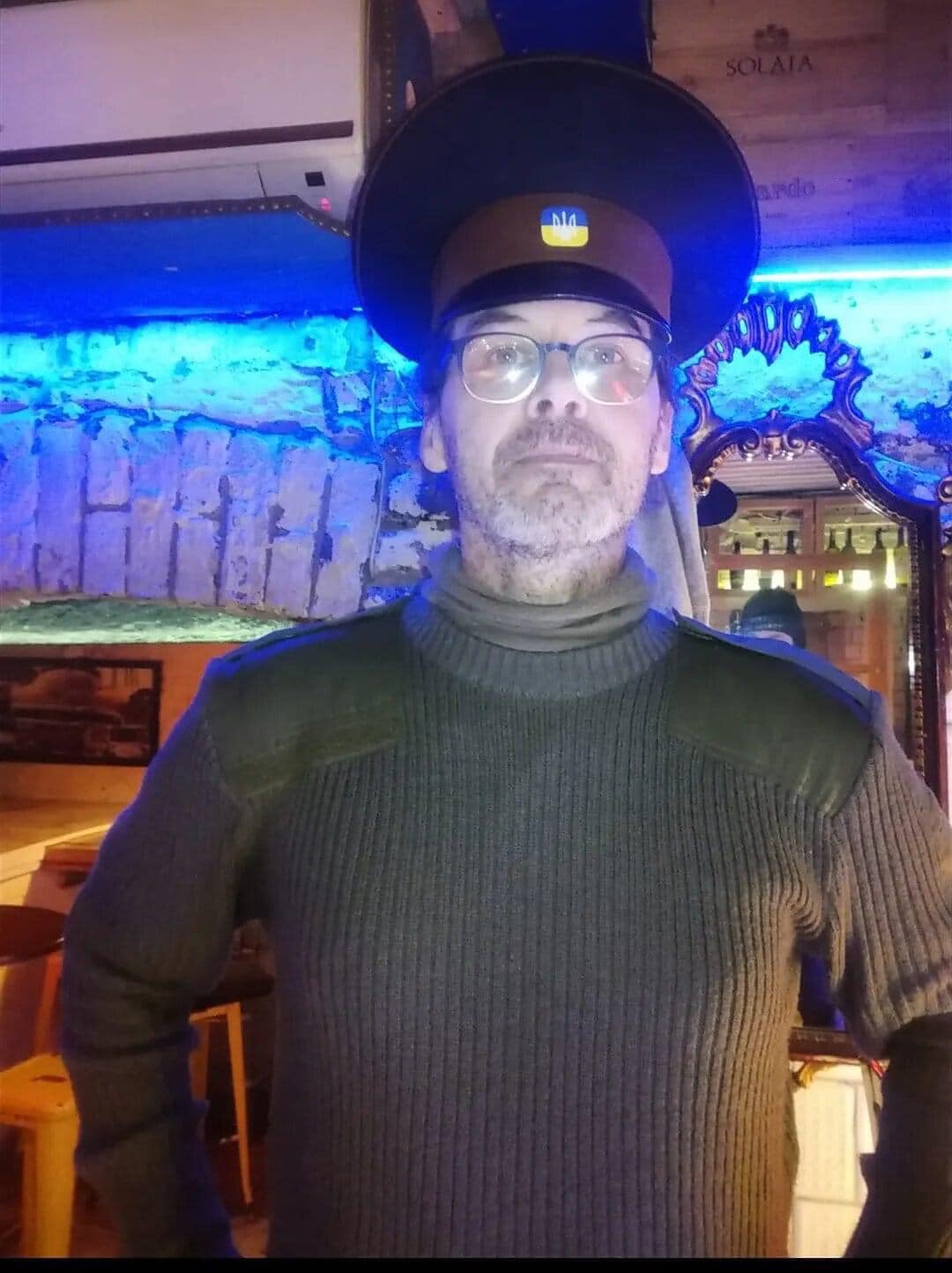 It is believed that he was hit in the neck while trying to help an injured comrade in a vehicle hit by a tank shell near the Ukrainian city of Kharkiv.

His sister Lorna Mackintosh revealed in a Facebook post that he had “died in action saving lives as a true hero”.

Mr Mackintosh of Thetford, Norfolk, who had two daughters and two step-daughters had served in the Territorial Army between the ages of 16 to 23 when he had the ambition of becoming a full time soldier.

But an inoperable cyst near his brain meant he failed a medical examination to join the British Army, and he became a landscape gardener and a tree surgeon. 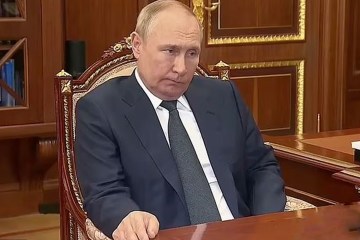 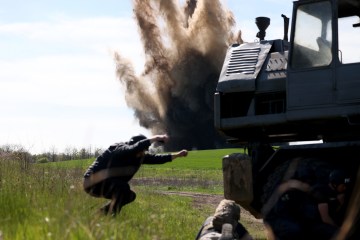 After an accident involving a chainsaw left him in constant pain, he decided to volunteer to join the Ukrainian war effort as a medic, leaving the UK on March 24.

He returned briefly in April for a spell of leave before starting a second tour with a volunteer squad in Ukraine at the beginning of August.

Lorna of Thetford said: “He told us this would be his ‘last hurrah’ before ‘coming back to Blighty to be a gardener’ in October.”

She added: “It had always been his dream to serve in the armed forces, and watching the conflict unfold and seeing the devastation, he decided he wanted to go out to help people.

“Craig was the kind of person who would see a difficult situation and try to make someone laugh. He was a real morale booster and very funny.

“He was well-known and well-loved and earned the respect of entire villages – all he wanted to do was to help people.”

His family have now launched a gofundme appeal to try to raise the money to bring his body home.

Writing on the gofundme page, which has so far raised more than £4,100, Lorna said: ” Please help us bring this war hero home.

“Our brother bravely volunteered to go to the (Ukraine) as a medic to help save lives in this war torn country. In the line of duty, helping others he lost his life.

“This selfless man is currently stranded in a morgue in Ukraine and there is no help to get him home. We have spoken to an international funeral provider and it’s going to cost around £4,000 to have him repatriated back to the UK.

“He gave his life to save others and he needs to come back home to have the service he deserves. A true hero’s service surrounded by his family and friends. Please, please help to bring our hero home.”

In another Facebook post, she added: “Craig touched the hearts of many people here and in the Ukraine and will always be remembered as a true hero”.

Mr Mackintosh’s other sister Claire said: “We still don’t understand the full picture. We’ve been offered scraps of information from kind-hearted volunteers giving us what they know.

“We feel there has been a serious lack of support to help return his body to England and to those volunteering on the front lines.”

Turner Funerals of Thetford is making arrangements to bring Mr Mackintosh’s body back to his home town. 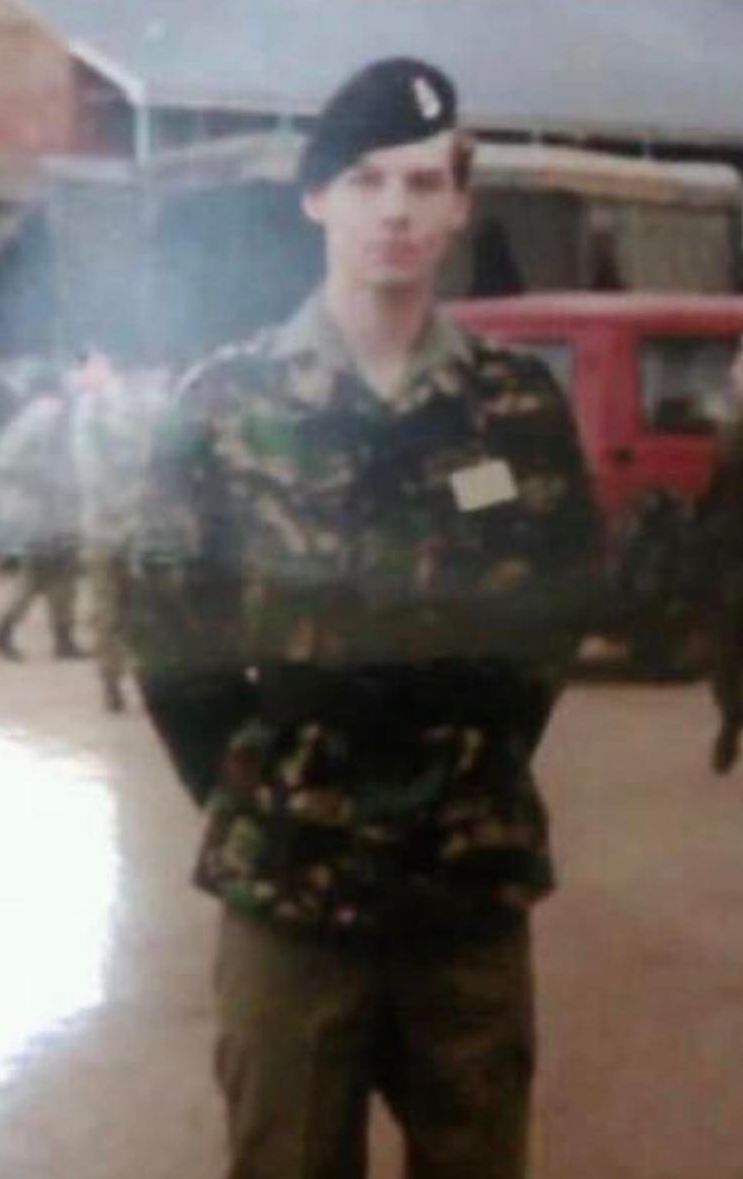 The firm’s director Lydia Turner said her partner Mal Offen and another member of staff would be driving more than 1,700 miles through France, Germany and Poland to collect his body from a mortuary in the town of Lozova.

She said: “It is impossible to fly to Ukraine so we will be driving there. We are having to fill out a lot of paperwork. But the British Consulate is helping us to get everything we need.

“The main thing is that his family were worried about him being on his own on the trip back here. We have been able to assure them that that we will accompany him all the way.”

Mr Mackintosh’s friend George Dyson who served with him as a medic in Ukraine said on social media that he had been killed when his unit was “pinned down” and taking casualties.

He said his friend was “assisting in helping his fellow soldiers and running across open ground” when he “was unfortunately shot by Orcs”.

My Dyson added: “This man deserves a medal and more. I spoke to Craig every day leading up to going back into Ukraine for a second time.

“He was great guy with a big heart and had an amazing sense of humour. I’ve just spoken to one of the guys that was attached to Craig’s team and he said that Craig fought with great bravery and honour and was a very brave man.

“I send my deepest condolences and sympathy to his family, friends and loved ones. RIP Brave warrior”