It includes “operational surges and intensification of activity” in the war against crime, targeting the force’s 13,785 wanted fugitives.

There is a focus on suspects wanted for sex offences on women and girls. Robbers and burglars on the run will be hunted down and tried and tactics used to bust County Lines gangs will be “ruthlessly” employed to crack London’s drug markets.

The response to fraud, which accounts for half of all crime, will be beefed up. Better intelligence will be used against organised crime gangs.

Police warned the court service to prepare for a surge in prosecutions.

Sir Mark said “getting the basics right” will be a guiding principle. He joked he wanted “more trust, less crime and high standards” tattooed on his head for the next five years. 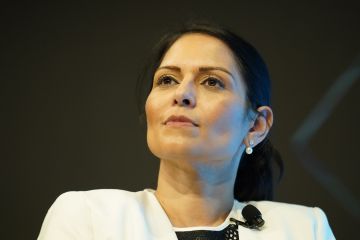 He joked that he wanted “more trust, less crime and high standards” tattooed in his head for the next five years.

The Met boss said he wanted to get back to a visible presences on the streets with the “strongest ever neighbourhood policing.”

And he added: “We are going to go to every residential burglary. It is a horrendous crime.”

A host of scandals led to the ousting of predecessor Cressida Dick and the Met being put in special measures.

Sir Mark said the force had “let the public down” and conceded the Met has a “systemic” issue with racism and misogyny.

He is using extra police numbers at his disposal to boost the anti-corruption command and vowed to root out “toxic behaviour” and “attack it with vigour.”

Oxford maths graduate Sir Mark said better computer data would also be used with the Met “at risk of Woolworths policing in an Amazon age.”