The cost of UK groceries could be set for a huge increase (Picture: Getty)

The surging cost of carbon dioxide could add £1.7 billion to the cost of British groceries, according to new analysis.

Everything from beer to bacon could see a price hike if the cost of CO2 rises in line with other energy bills.

It comes as Brits are set to be hit with unprecedented rises to their energy bills from the start of this month.

A ‘typical’ household will now spend £2,500 a year on energy after a steeper rise was prevented by the government.

New research has shown that the UK’s food and drink sector could end up footing the mammoth extra bill if liquid gas prices rise.

According to data from the Energy and Climate Intelligence Unit (ECIU) the price of a tonne of liquid CO2 is 3,000 per cent higher than what it was a year ago.

It comes as the UK faces a cost-of-living crisis, which has seen commercial energy prices rocket over the last year. 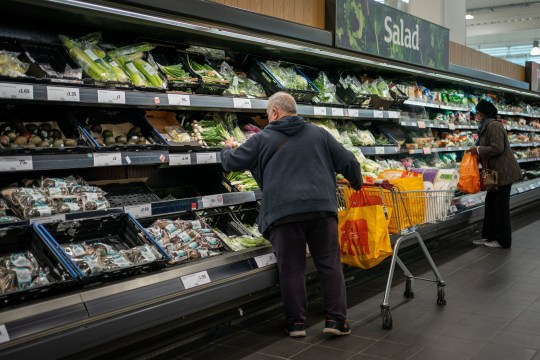 Fruit and veg could be about to get a lot more expensive (Picture: PA) 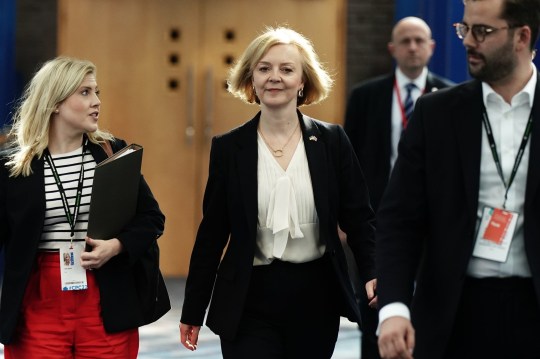 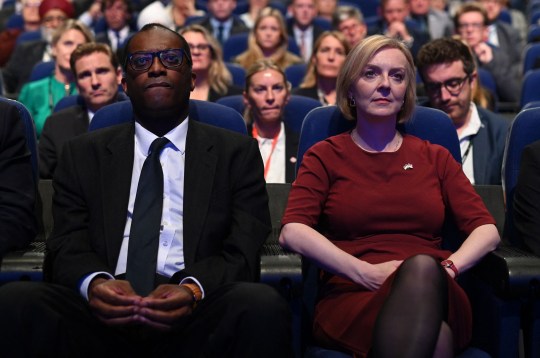 Chancellor Kwasi Kwarteng and PM Liz Truss have already made a u-turn on a decision to ditch a 45p tax rate cut (Picture: Getty)

Liz Truss has already announced support expected to cost £150bn in the long-run in order to prevent energy bills from soaring to the £6,500 levels analysts were forecasting.

Rural homes, which are typically larger and harder to insulate, will likely pay more, as will households with disabled people or young children.

This figure for a ‘typical’ user has been worked with reference to a limit of 34p per kWh of electricity and 10.3p per kWh of gas for dual-fuel customers on a standard variable tariff.

But most households are not ‘typical’ and the final bill will actually depend on how much energy is consumed.

People have been urged to report their metre readings but are facing lengthy waits on on the phone and crashed websites.

Soaring prices resulted in CF Fertilisers proposing to halt production at its ammonia site, where CO2 is created as a by-product, in August.

CO2 is used in a raft of sectors but particularly in food and drink, including in the slaughter of pigs and chickens, to add fizz to beer and soft drinks, and in packaging foods safely.

There are new fears that gas prices could rise further, or even that supplies will be cut off, leading to further increases in the price of liquid CO2 or a repeat of last year’s shortage.

Businesses in the food and drink sector are already paying significantly more for energy than even a few months ago.

In the first quarter of 2022, businesses like pubs, farms, and supermarkets paid 71% more for gas than in the first three months of 2021.

Fay Jones, MP for Brecon and Radnorshire and chair of the Farming APPG, said: ‘The price of gas is adding thousands of pounds to families’ energy bills.

‘Now, like last autumn, it could affect supplies of CO2 and of fertilisers, and drive up the price of everything from beer to bacon.’

‘It could bring the food and drink system to its knees.

‘Rising energy costs are creating an extra cost of hundreds of millions of pounds in the food and drink industry that customers may struggle to avoid.

‘If high gas prices, or even blackouts, force factories to close it could create real problems for farmers and the food and drink industry.’