Brits flood web with memes and joke ‘sovereignty is coming’ as Brexit deal nearly completed after 4.5 years of wrangling

BRITS are flooding social media with memes and jokes as Brexit negotiations go down to the wire after 4.5 years of wrangling with the EU.

Boris Johnson is expected to address the nation this morning as the UK stands on the brink of a historic deal. 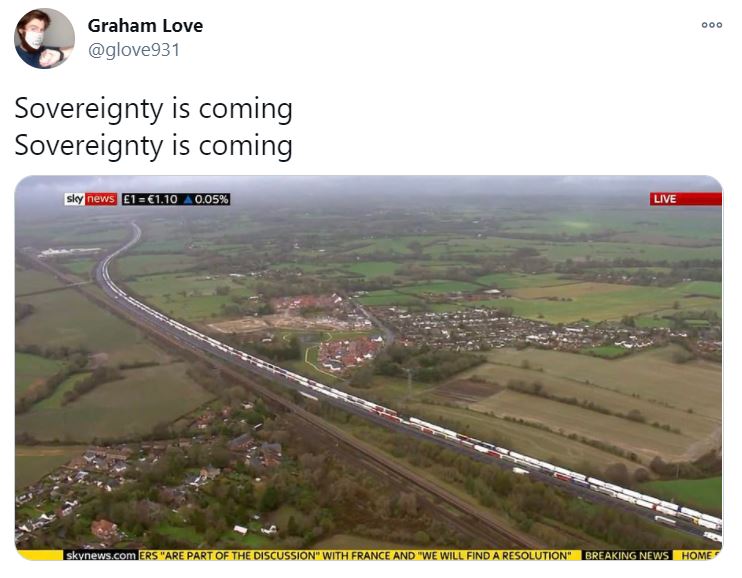 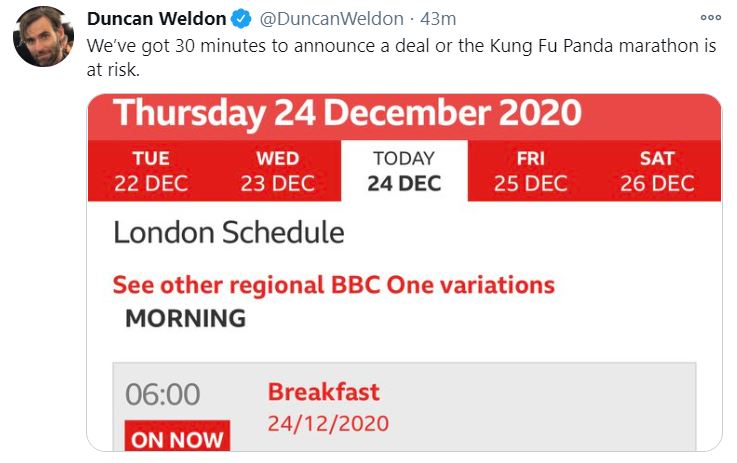 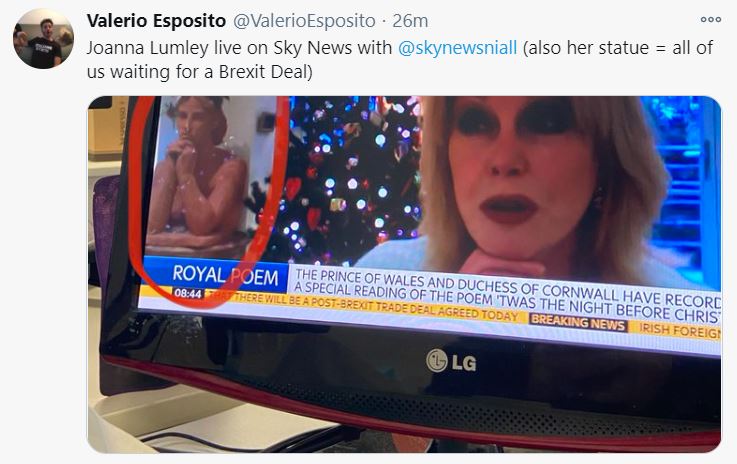 The pact, set to be sealed hours before Christmas, will allow us to trade freely with the EU without tariffs or quotas and brings to an end four bitter years of Brexit wrangling.

Last night one Twitter user used a snap of truckers trapped in Dover to point fun at the future after Brexit.

The screenshot of Sky News shows an aerial photo of the thousands of trucks stranded in gridlock in Kent.

Several social media users joked that Brexit could ruin their Christmas Eve as if a deal is reached – as coverage would eat into the BBC’s planned Kung Fu Panda marathon.

One Twitter user wrote: “We’ve got 30 minutes to announce a deal or the Kung Fu Panda marathon is at risk.”

While a third said: “Panda wants to steal our fish. (Presumably to make maki sushi rolls with.)” 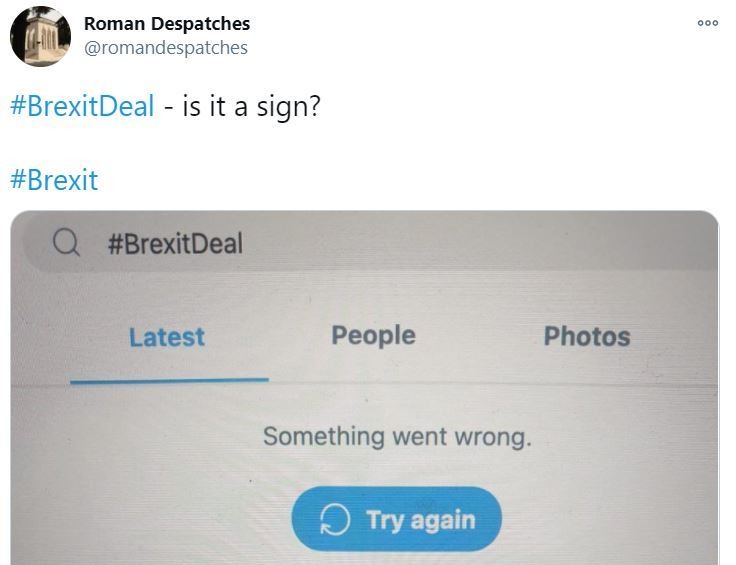 Brits took to social media to joke about a deal nearing the finish lineCredit: Twitter

Another man was suspicious as to why the delay in reaching a deal co-coincided with the movie marathon.

He said: “There is a marathon of Kung Fu Panda 1, 2 and 3 on BBC in 10 minutes and apparently Brexit talks have been paused. Coincidence? I think not.”

Meanwhile this morning Brits spotted something in Absolutely Fabulous star Joanna Lumley’s home that they could relate to.

The actress appeared remotely on Sky News this morning beside a very bored looking statue.

One woman joked: “Joanna Lumley live on Sky News with @skynewsniall (also her statue = all of us waiting for a Brexit Deal.)”

And a Boris Johnson parody page gave its followers a glimpse at what sort of deal could be in store.

The page posted a very burnt looking dish, fresh out of the oven, saying: “At last! My oven-ready #Brexit deal is finally done. #BrexitDeal“

Meanwhile an Irishman last night joked about Boris purposely timing the deal just so it would have a cool name.

He said: “D’you think they’re deliberately delaying the Brexit deal news until after midnight so they can go full ‘Good Friday Agreement’ on the name and make it sound real monumental and cool, like ‘the Christmas Eve Armistice.’” 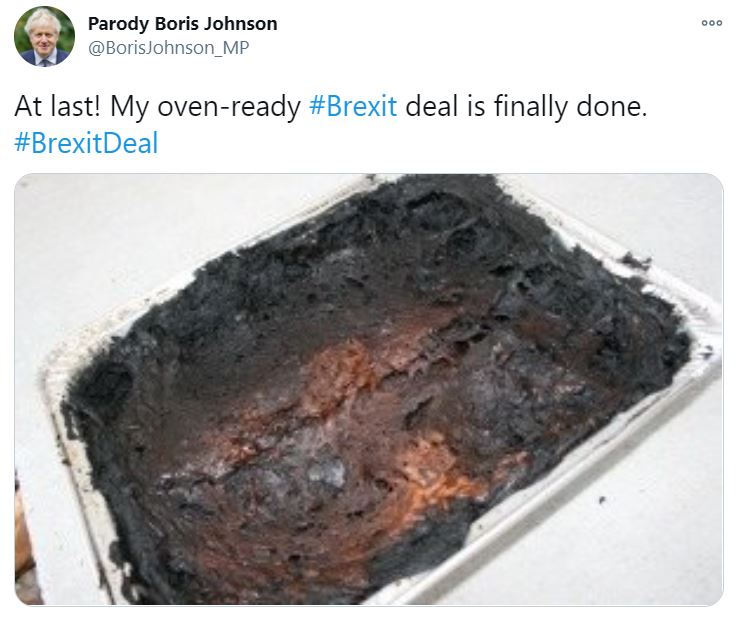 A parody page gave its followers a glimpse at what sort of deal could be in store.Credit: Twitter

Several Brits were worried a deal could eat into the BBC’s Kung Fu Panda marathonCredit: Twitter