Controlling boyfriend who stabbed £5.5m Lotto winner in the face & left her to die had previously knifed boy, 11

A CONTROL freak who stabbed his £5.5million Lotto winner girlfriend in the face before leaving her to die had previously knifed a child.

Violent Stephen Gibbs, 45, has been jailed for viciously attacking ex Emma Brown – but it’s now been revealed the brute stabbed an 11-year-old boy 16 years ago. 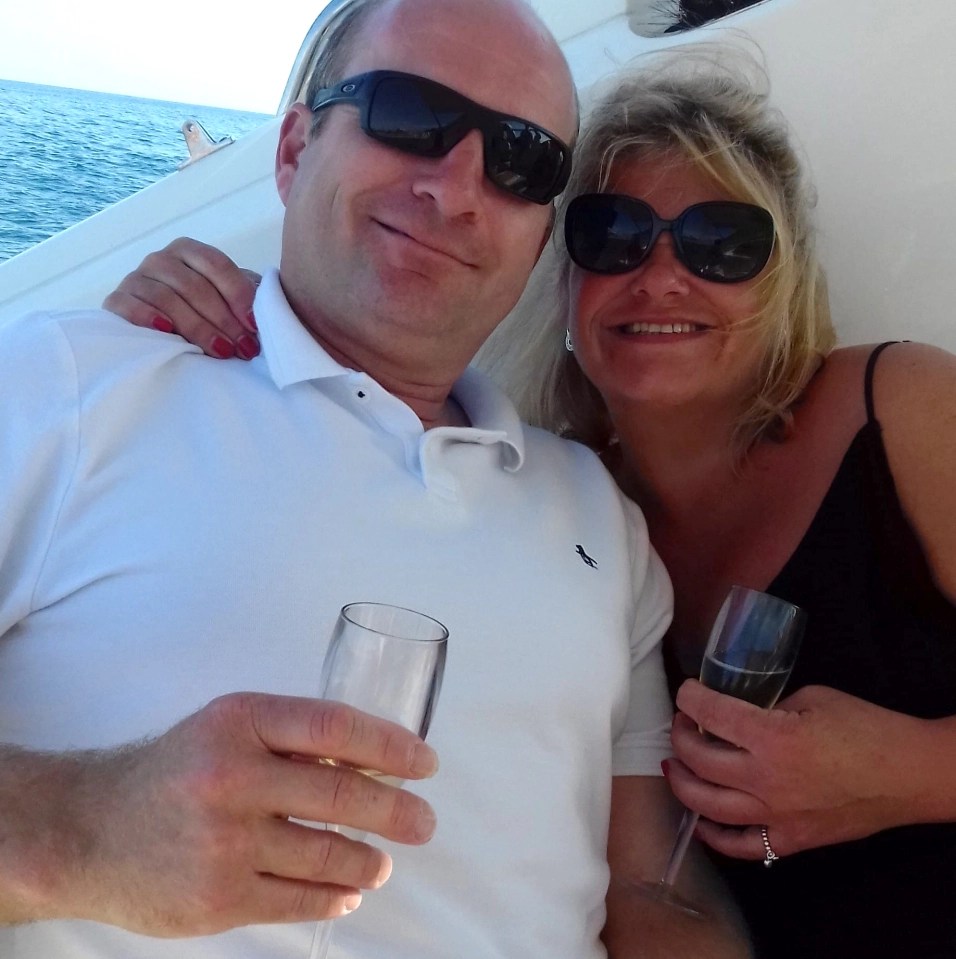 The court heard how Nicola was the intended victim, but fuming Gibbs instead plunged a kitchen knife into Luke’s back before stabbing himself and jumping off a multi-storey car park.

“When he doesn’t get his own way he’s not happy. He would start smashing things up.”

He then began a relationship with Emma Brown, 50, in 2010 – but things took a turn for the worse when she scooped a Lotto jackpot in 2017 as controlling Gibbs resented the life-changing sum of money.

Instead of taking up her offer to travel the world, he became annoyed at Emma being “more in control of her own life”.

Gibbs also became convinced she was cheating on him and fitted a tracker on her Mercedes to keep tabs on her.

When Emma told him she wanted to end their relationship, raging Gibbs grabbed her by the neck and slammed her against a wall.

He then grabbed a nine-inch kitchen knife and stabbed terrified Emma in the face seven times.

Horrifying CCTV showed a silhouette of the monster as he repeatedly knifed his girlfriend while she told him: “Tell my mother I love her.”

Gibbs then fled in Emma’s car – leaving her dying on the patio of their luxury home in South Wales.

She was only saved when neighbours heard a faint cry of “help, help” coming from the property.

Gibbs has now been jailed for 13 years with a further five on licence after he pleaded guilty to attempted murder on the first day of his trial.

Merthyr Tydfil Crown Court heard how Emma suffered multiple lacerations to her face, a fractured arm, bruising to her body, has partially lost the sight in her right eye and only has very limited sensation in her face.

In a brave victim impact statement, she said: “We were together for 12 years, I never thought he was capable of doing something like this to me.

“I used to be the life and soul of the party but now I can’t face being in a group of people. But I am conflicted because I’m also scared of being alone.

“I’ve been left with a lazy eye which has affected my confidence – I don’t know if I will fully recover from what has happened.”