COVID jabs are poised to double to a million a day to get all over-50s vaccinated by the end of April.

The pledge came as Boris Johnson said last night the lifting of lockdown would be “cautious but irreversible” so families and businesses can have certainty.

Boris Johnson declares this lockdown should be the last with a bid to vaccinate 1million a dayCredit: Getty – Pool 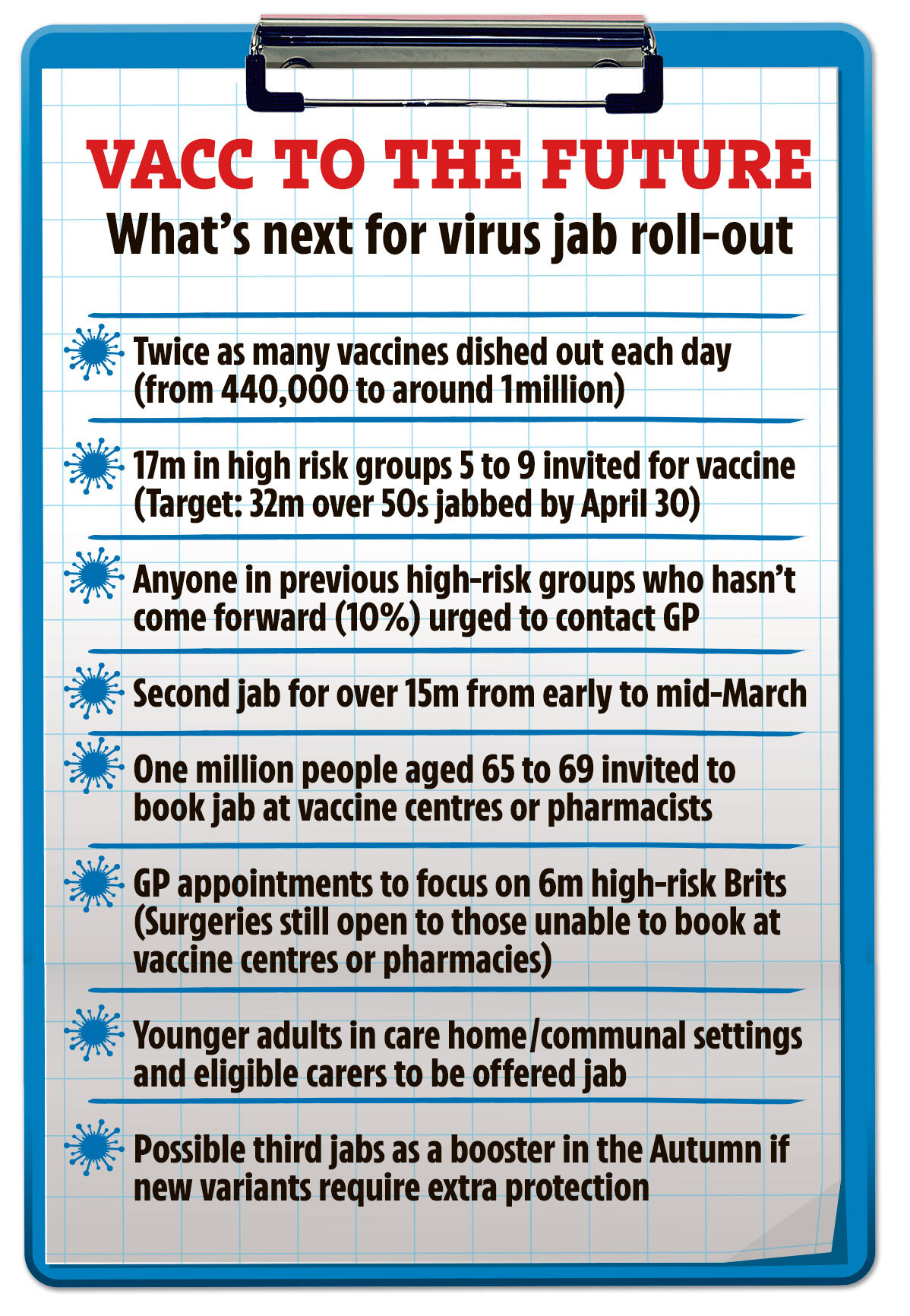 The Prime Minister also declared this lockdown should be the last, with daily Covid cases plummeting to the lowest number since October.

He added that Brits should be patient but optimistic their lives will soon be set on a gradual path back to normality.

Britain’s world-leading vaccine programme has smashed its target to vaccinate 15 million by mid-February. But Boris said there should be no “ease-up” and the nation must power on to immunise all 32million over-50s by the end of April.

NHS England boss Sir Simon ­Stevens pledged to double jab ­numbers to a million a day to hit the next milestone.

The PM hailed the “unprecedented national achievement” on vaccines — but warned: “It is no moment to relax”.

He told a Downing Street press conference: “We must be both optimistic, but also patient.

“Next week I will be setting out a roadmap saying as much as we can.

“Because we want this lockdown to be the last. We want progress to be cautious but also irreversible.”

The PM will reveal his route out of lockdown next Monday but cautioned the country not to expect a Big Bang lifting of restrictions.

Instead, they will be lifted carefully to avoid Covid rates resurging and the country being plunged into a dreaded, fourth lockdown, he said.

Schools are expected to reopen on March 8, followed by non-essential shops, hairdressers and finally pubs and restaurants.

Boris is waiting to see data spelling out how much the vaccine has slashed Covid transmission rates before he decides how quickly to ease restrictions. 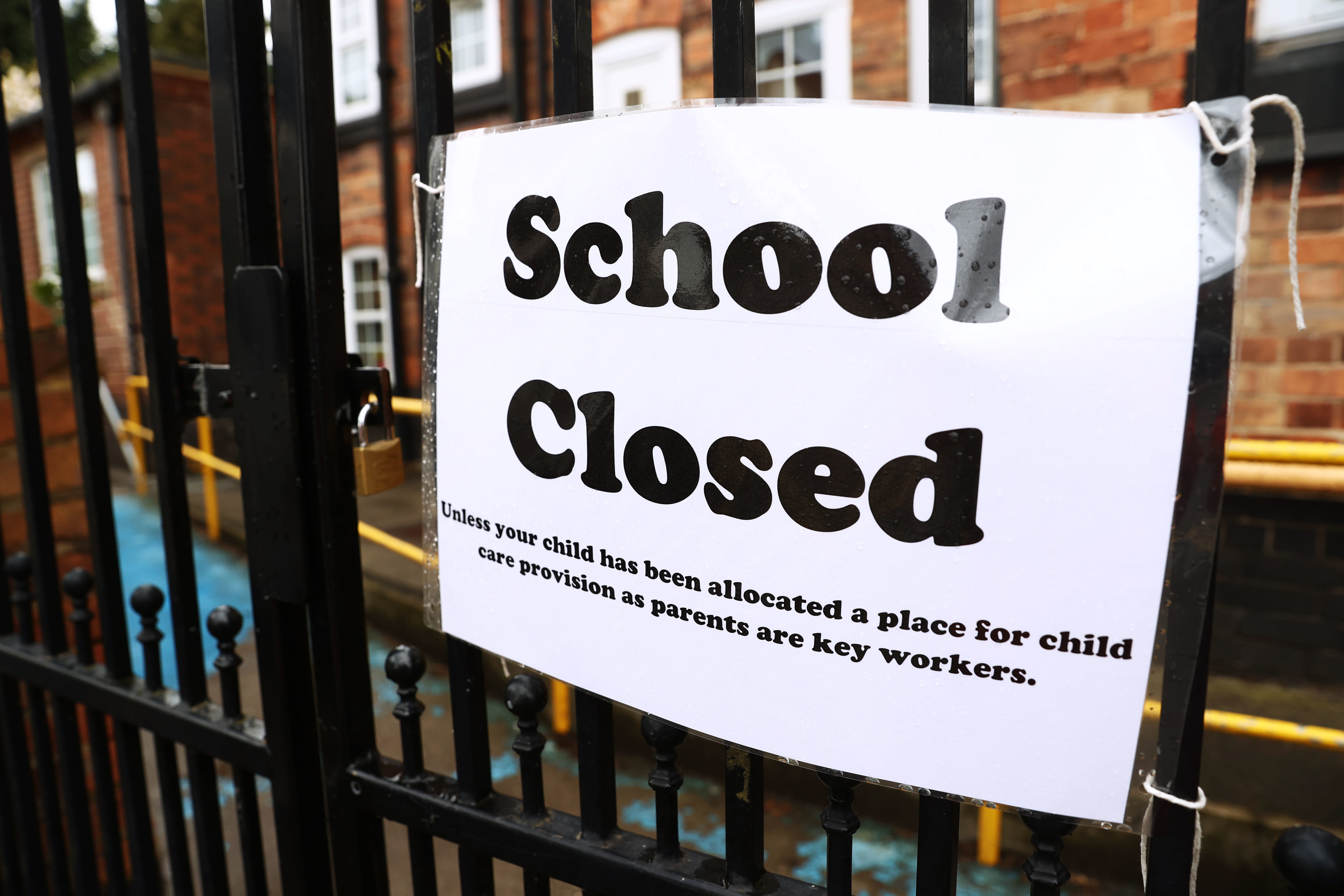 Schools are expected to reopen on March 8Credit: PA:Press Association 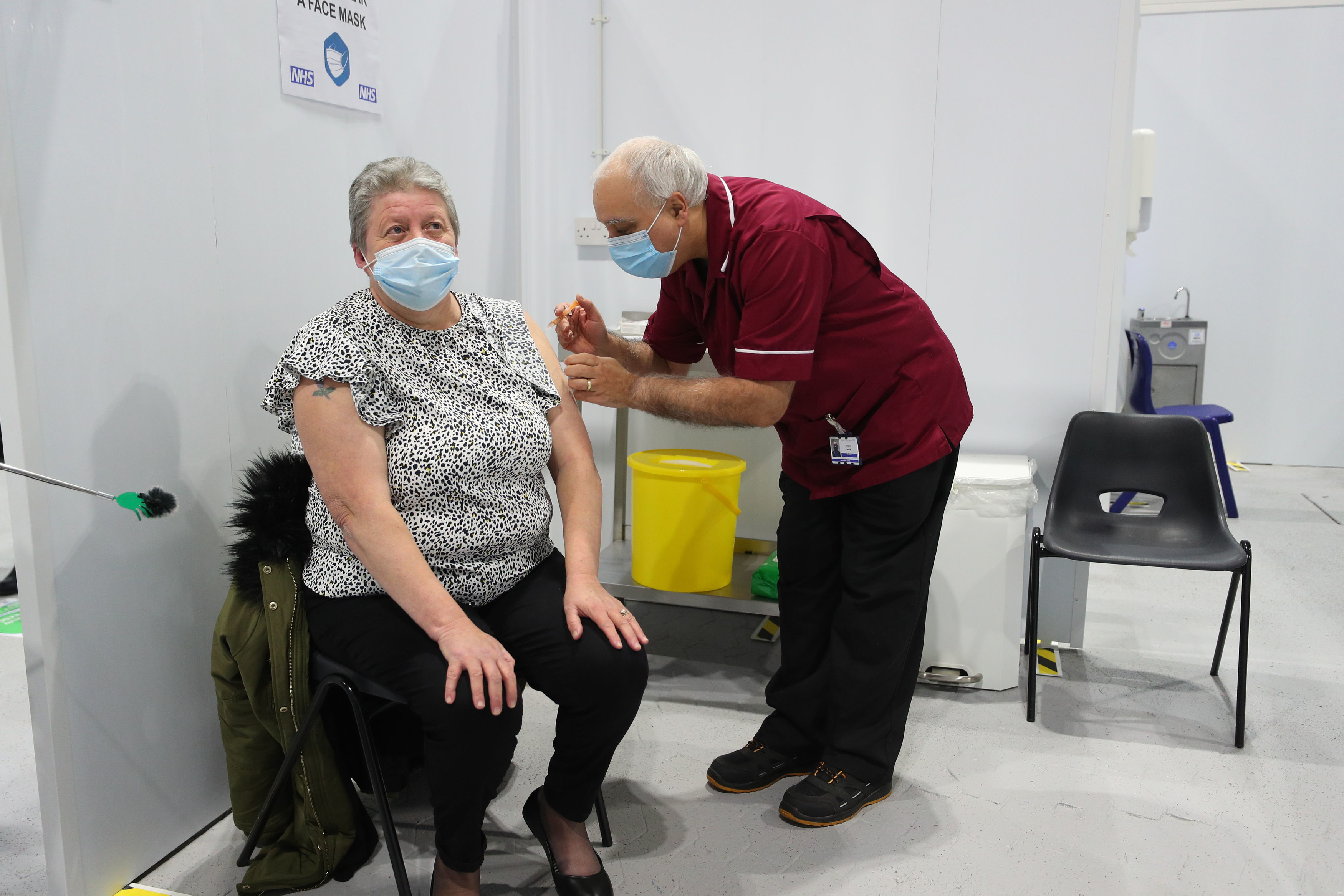 Those aged-50 and over will be offered the jab by the end of AprilCredit: PA:Press Association

The PM said he cannot guarantee there will not be another lockdown but he is “very hopeful”.

The scientific double whammy of vaccines and better treatments has Covid finally on the run, he said.

Having smashed its target to offer all over-70s the jab by mid-February, the UK is moving to Phase 2 of the rollout.

Some 17 million aged-50 and over will be offered the jab by the end of April.

Over-65s are getting their invitation letters this week.

At its best, Britain’s programme vaccinated 600,000 people a day. But Sir Simon vowed to double the numbers so he can hit the April deadline while those who have already had the jab get their second dose.

Over half a million have had both so far. Hailing his army of vaccinators protecting the nation, he said: “Today is definitely not mission accomplished. I have described the vaccination campaign as two sprints and a marathon.

“We have come through the line of the first sprint, and now have got a second sprint between now and April 30 to extend the number of vaccinations given to the higher risk groups of the population — before then moving on to the marathon, which will be vaccination for everybody in the country who is eligible.”

On the new April target, he added: “If supply increases then we think we can go faster.

“So it is a pretty substantial ramp-up in this second sprint that we’re about to embark on.”

NHS GPs have done the lion’s share of the jabs, Sir Simon said. 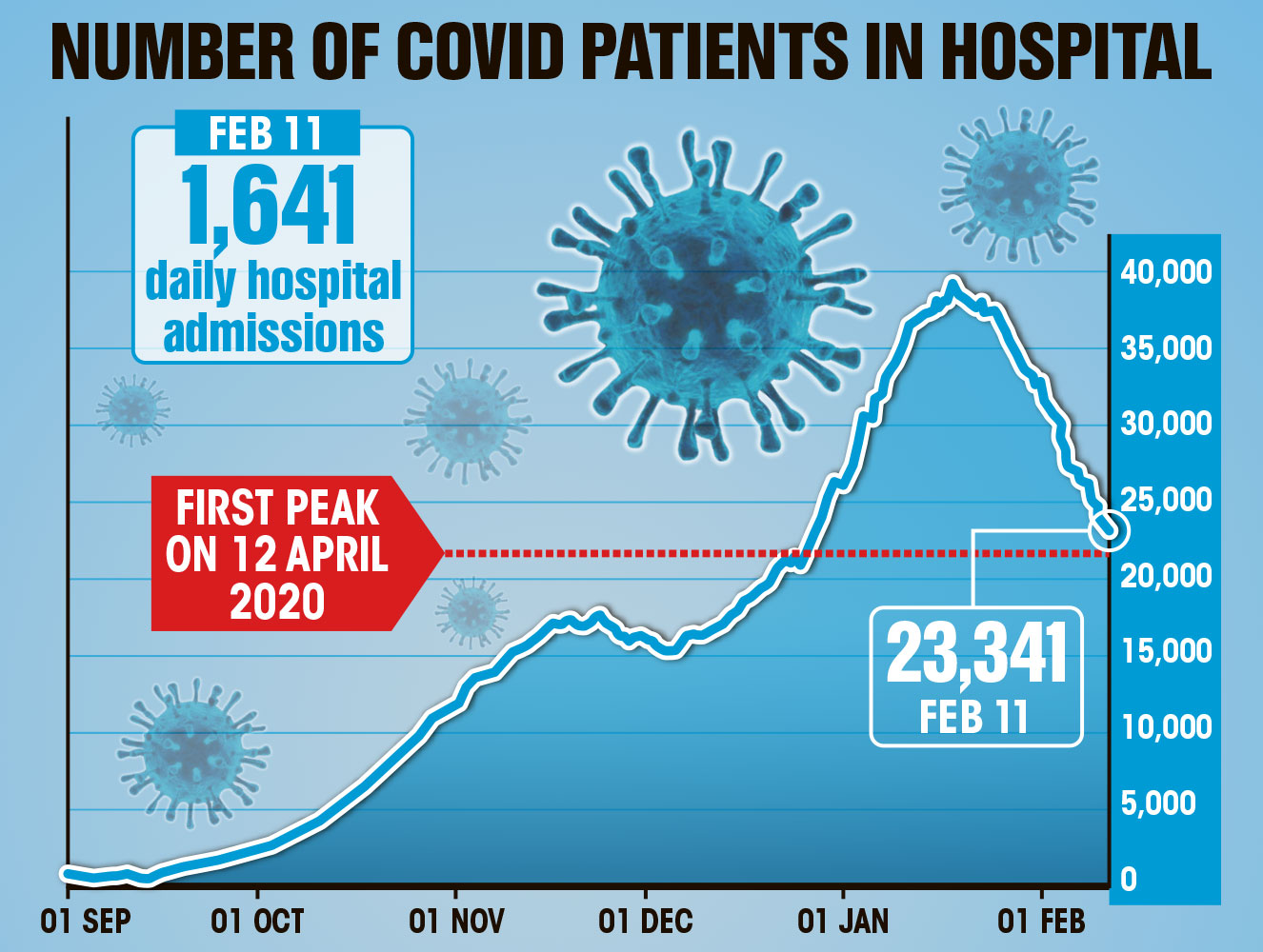 And they are chomping at the bit to go faster if new vaccines supplies can be snapped up, he said.

Turning to the PM at his side, he declared: “Give us the tools, the vaccines — and we will finish the job.”

The last time daily positive cases were that low was on October 2, when 6,969 were recorded.

Another 230 deaths from the virus were reported — the lowest daily death toll recorded since the start of the third lockdown.

Numbers on a ­Monday do tend to be lower due to a backlog in reporting over the weekend. But the latest figures are down considerably from the same day last week.

France has tried to claim the EU’s snail-paced Covid jabs rollout is going better than Britain’s.

Europe Minister Clement Beaune tore said his country had “fully vaccinated” more people. Britain has inoculated a quarter of its population — while in France the figure is just 4.4 per cent

But Mr Beaune said: “If we look at the number of people who have had both injections in the UK and the EU, France included, we see the number of fully vaccinated people is lower in the UK.”