CORONAVIRUS vaccine firms have slammed Government claims that there is a “shortage” of doses available to Brits.

Professor Chris Whitty warned that vaccine availability issues will “remain the case for several months” – but both Pfizer and Oxford/AstraZeneca have rubbished the claims. 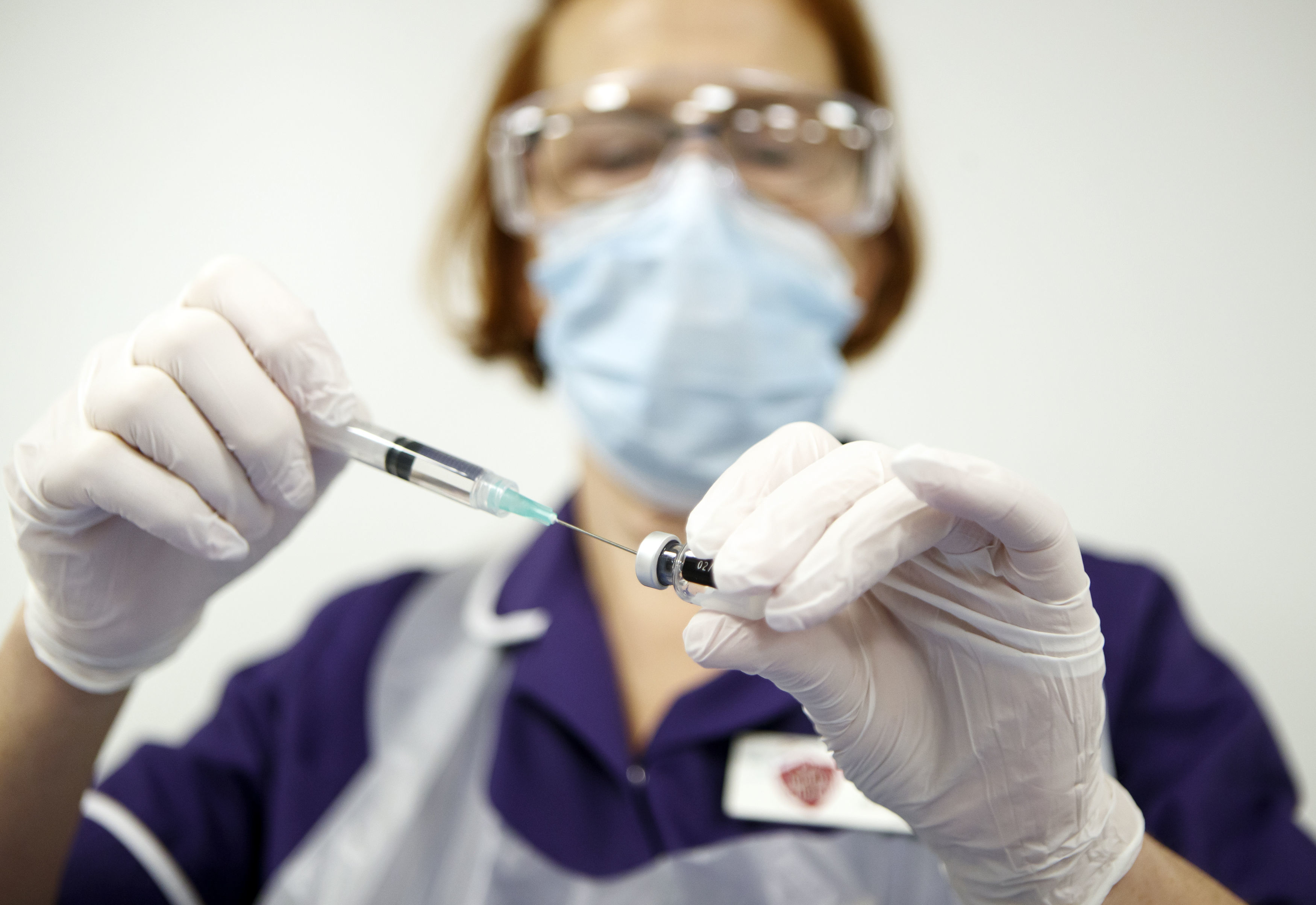 Covid vaccine firms have slammed claims that there will be a shortage of doses in the UKCredit: PA:Press Association 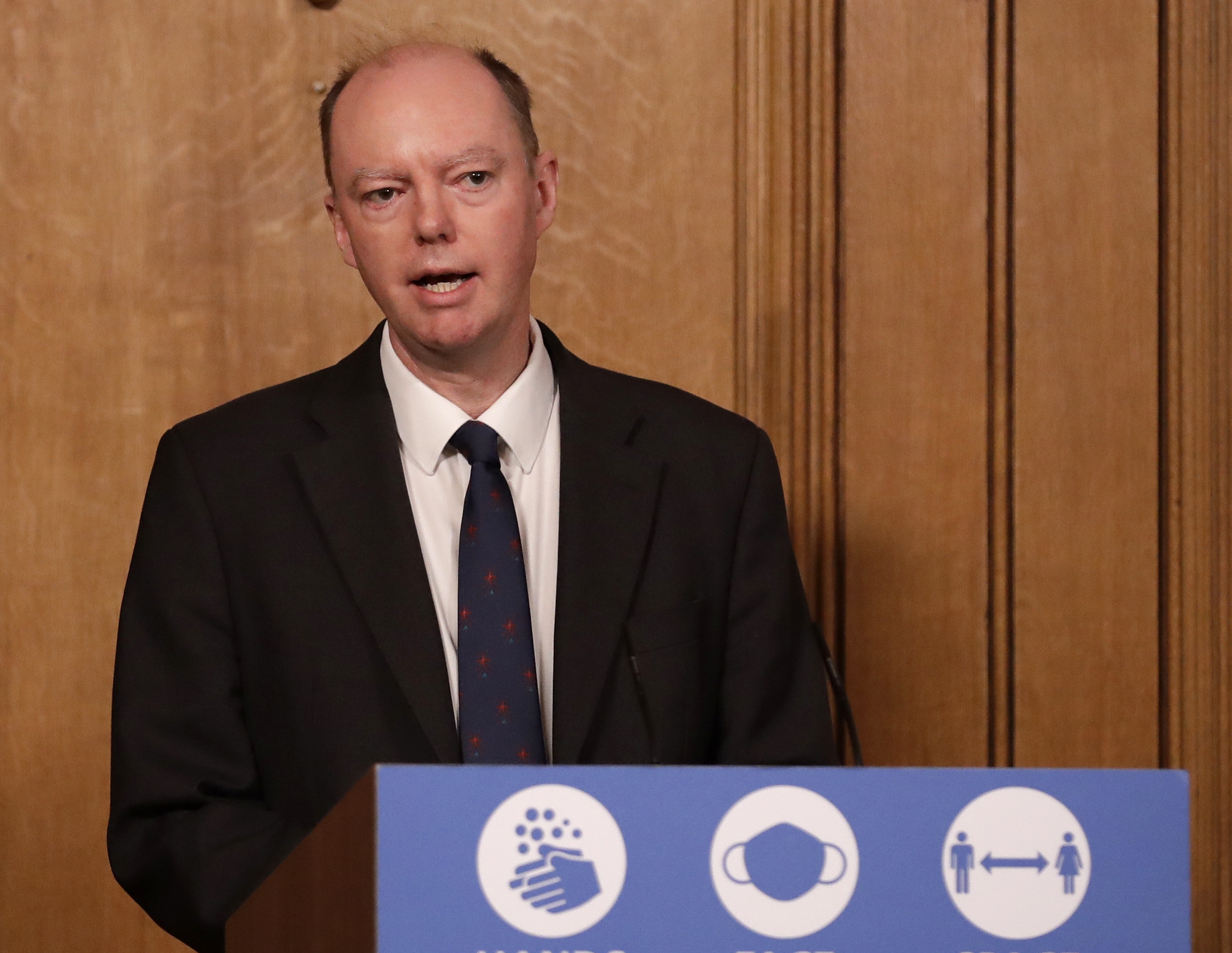 Government officials warned that there would be months-long gaps in the supply of the life-saving jab – which requires two doses per person.

Sir John Bell, a regius professor of medicine at Oxford University and member of Sage, also said that insufficient investment in the capacity to make vaccines has left Britain unprepared.

But Sir Richard Sykes, who led a review of the Government’s Vaccines Taskforce in December, said that he is “not aware” of a shortage in supply.

Meanwhile, The Sun has launched an appeal for 50,000 volunteers to help at Covid vaccination centres – in order to get as many people inoculated as possible.

We’ve called on our readers to join Jabs Army to made sure 15million people get vaccinated by March.

According to the Telegraph, at least one million Pfizer doses and some 530,000 Oxford doses will likely be given to patients across the country next week.

And by the middle of January, two million doses of the Oxford vaccine are expected to be supplied weekly, a source told The Times.

A member of the Oxford/AstraZeneca team said: “The plan is to build it up fairly rapidly – by the third week of January we should get two million a week.”

This comes after officials made the decision to get as many people jabbed with their first dose of the vaccine – rather than prioritising giving people two.

SHOT IN THE ARM

People who were told they’d receive their second dose three weeks after their first will now wait up to 12 weeks.

Chief medical officers Professor Whitty, Dr Frank Atherton, Dr Gregor Smith, and Dr Michael McBride said: “We have to ensure that we maximise the number of eligible people who receive the vaccine.

“Currently the main barrier to this is vaccine availability, a global issue, and this will remain the case for several months and, importantly, through the critical winter period.

“The availability of the AZ vaccine [Oxford/AstraZeneca] reduces, but does not remove, this major problem.

“Vaccine shortage is a reality that cannot be wished away.”

However, there is evidence to suggest that waiting a while longer between doses is actually better for immunity.

The report added: “With most vaccines, an extended interval between the prime and booster dose leads to a better immune response to the booster dose.

“There is evidence that a longer interval between the first and second doses promotes a stronger immune response with the AstraZeneca vaccine.

“There is currently no strong evidence to expect that the immune response from the Pfizer-BioNTech vaccine would differ substantially from the AstraZeneca and Moderna vaccines.”

And former Department of Health vaccination chief Professor David Salisbury said: “Every time we give a second dose right now, we are holding that back from someone who is likely, if they get coronavirus, to die.”

“I thought the difficulty was getting people vaccinated, and with the Pfizer vaccine that is quite difficult because of the conditions in which the vaccine has to be stored.

“But with the rollout of the AstraZeneca vaccine, that should be very, very straightforward.

“Going to pharmacists, going to care homes, going to GP surgeries, there should be no restriction on the distribution of that vaccine.

“If the Government said that there’s a shortage then that must be the fact.

“If there is a shortage, that’s a problem.”

Meanwhile, 53,285 new cases of the virus were recorded in the UK yesterday – signalling a 63 per cent increase in a week.

Another 613 more people have died from the bug in the last 24 hours, bringing the total number of fatalities to 74,125.

The figures come as the UK entered 2021 under a host of restrictions, with almost all of England now living under Tier 3 and 4 restrictions.

While millions stayed home to stop the spread of the deadly bug, hundreds joined illegal parties in Birmingham, Essex, Manchester and London.