A DAD was forced to switch off his mega Christmas lights display after his autistic daughter was abused in a row over parking.

Darren Lucas, 54, spent 11 months creating his winter wonderland and raised £1,500 for autism charities with the stunt. 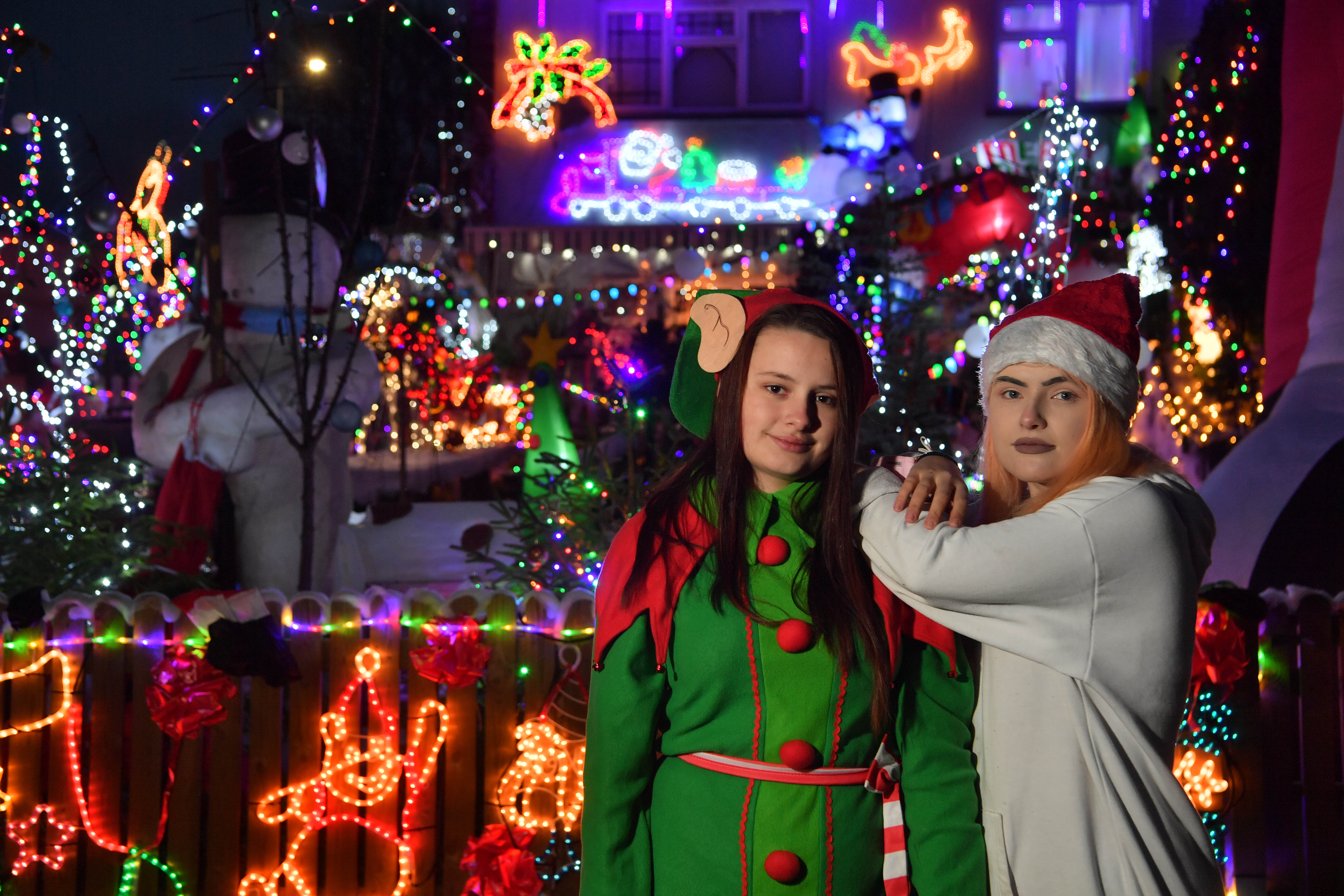 The Christmas lights on the house of Billie and Tiffany Lucas have been switched off amid safety fearsCredit: MEDIA WALES 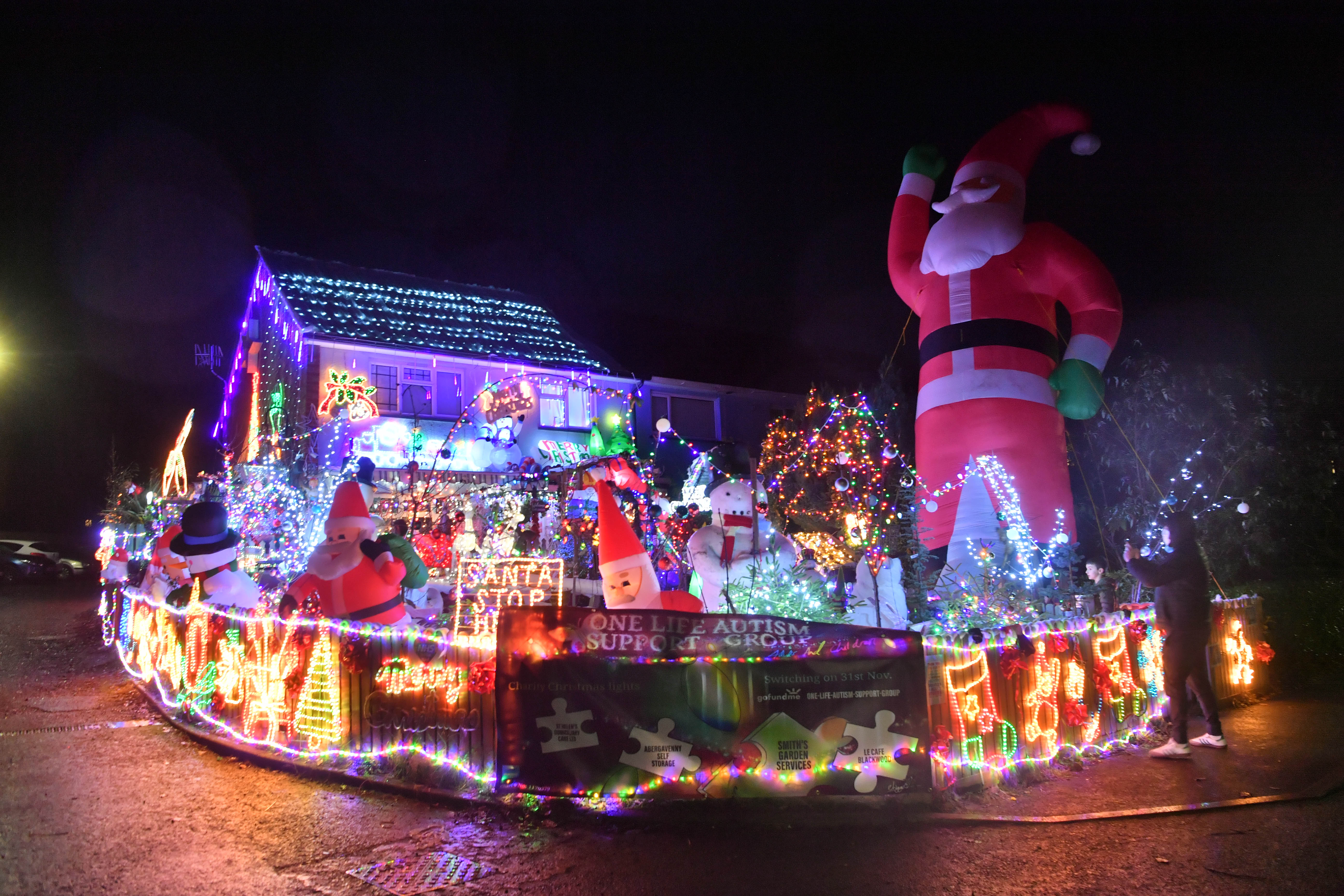 But the dad had to pull the plug after rowdy visitors flooded into tiny Govilon, in South Wales.

The row was sparked by the sheer number of visitors stopping locals from parking on the street.

He said: “We have had members of the public abused and spat at and rowing with the residents.

“It is not everyone but a small minority. We just feel so sad.

“All I want to do is get the message out there for autism awareness.”

Darren says visitors were asked to wear masks and follow a one-way system but some neighbours were not happy.

He also said his family had been subjected to “disgusting” abuse – with his severely autistic daughter reduced to tears when someone told her to “speak properly”, Wales Online reported.

Darren wrote on Facebook: “Some people can be cruel. Our neighbours are amazing but you get the odd one that does nothing but cause trouble.

“They just wanted an argument and constanty abused my children… they reduced my daughter to tears and she don’t usually cry but found the abuse too much.”

The family began planning their display in January, when they planted 17 Christmas trees and built fences and a log cabin.

Darren added: “People think we are mad but we want the garden to look like Christmas. 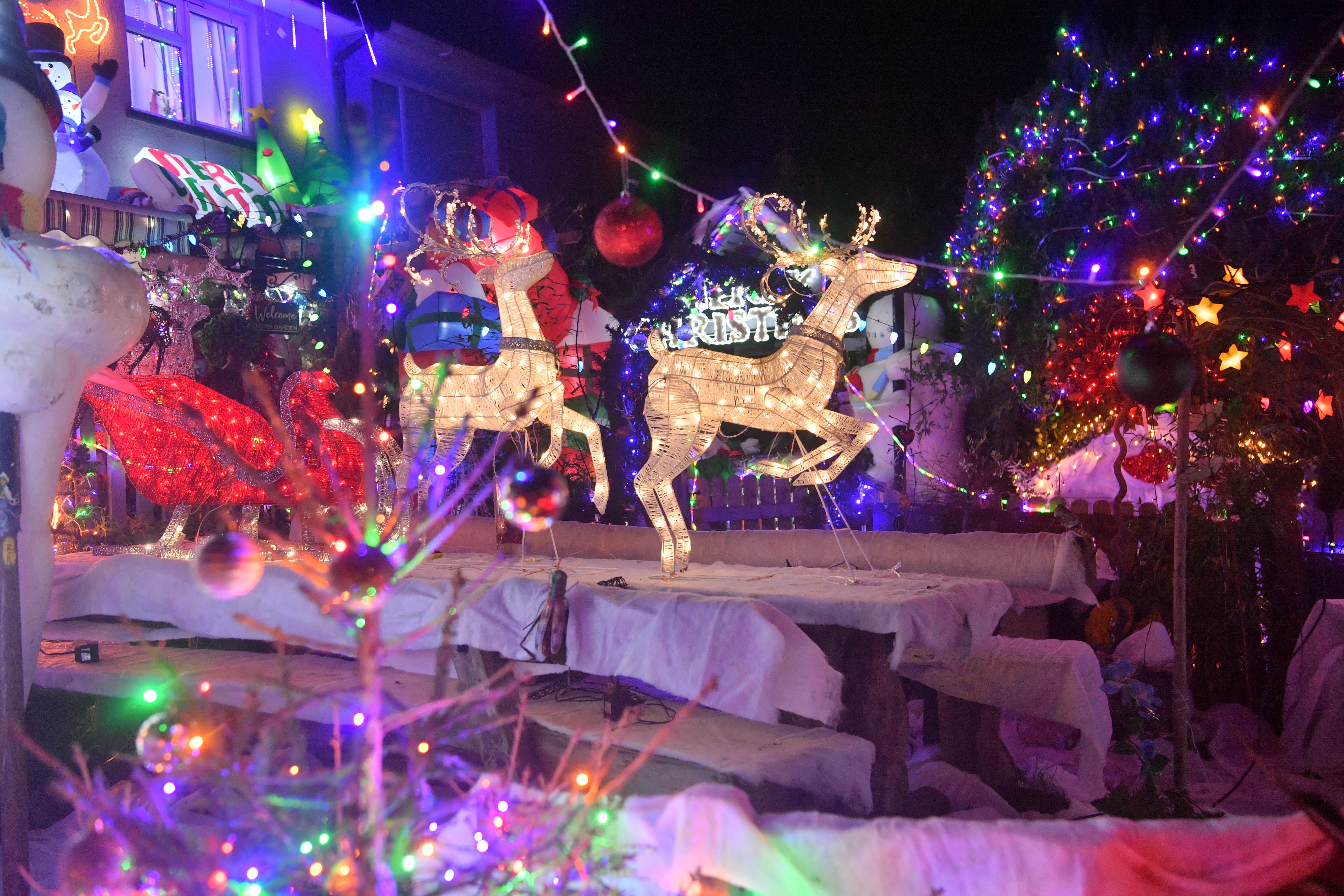 But Darren, who has family members with the condition, had to pull the plug after rowdy visitors flooded into tiny Govilon, in South WalesCredit: MEDIA WALES 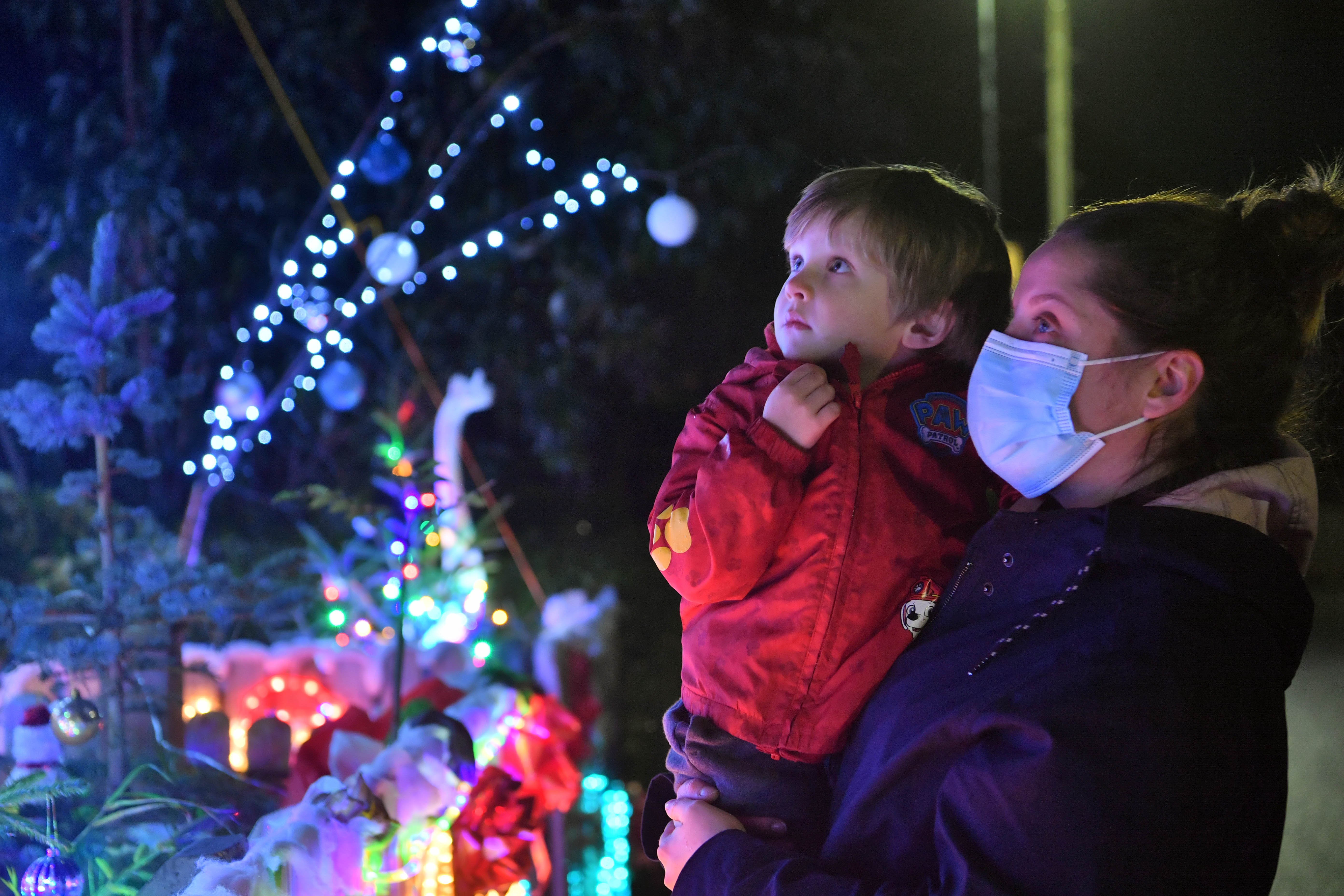 Darren said visitors were asked to wear masks and follow a one-way system but some neighbours were not happyCredit: MEDIA WALES 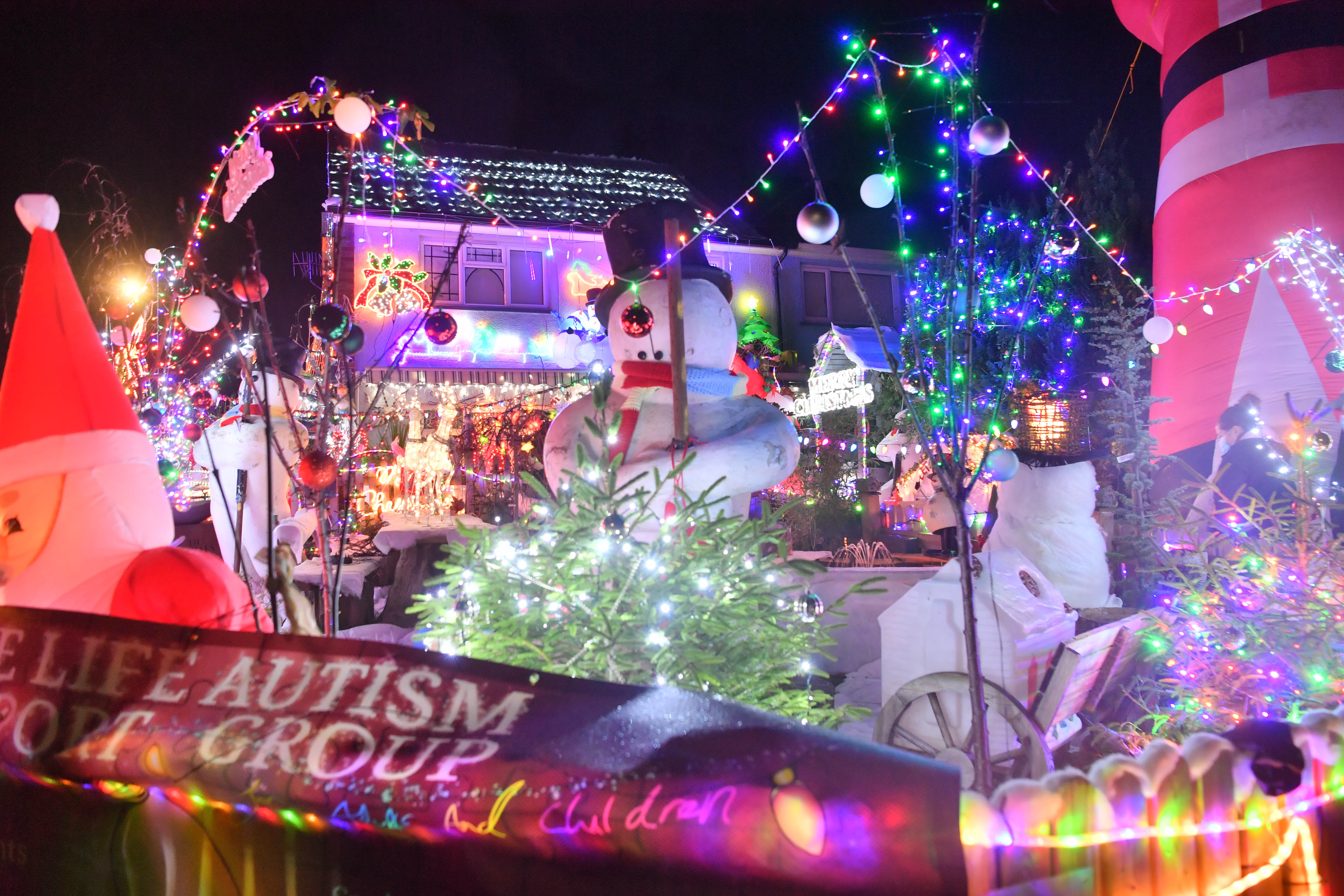 Darren said: ‘We have had members of the public abused and spat at and rowing with residents’Credit: MEDIA WALES 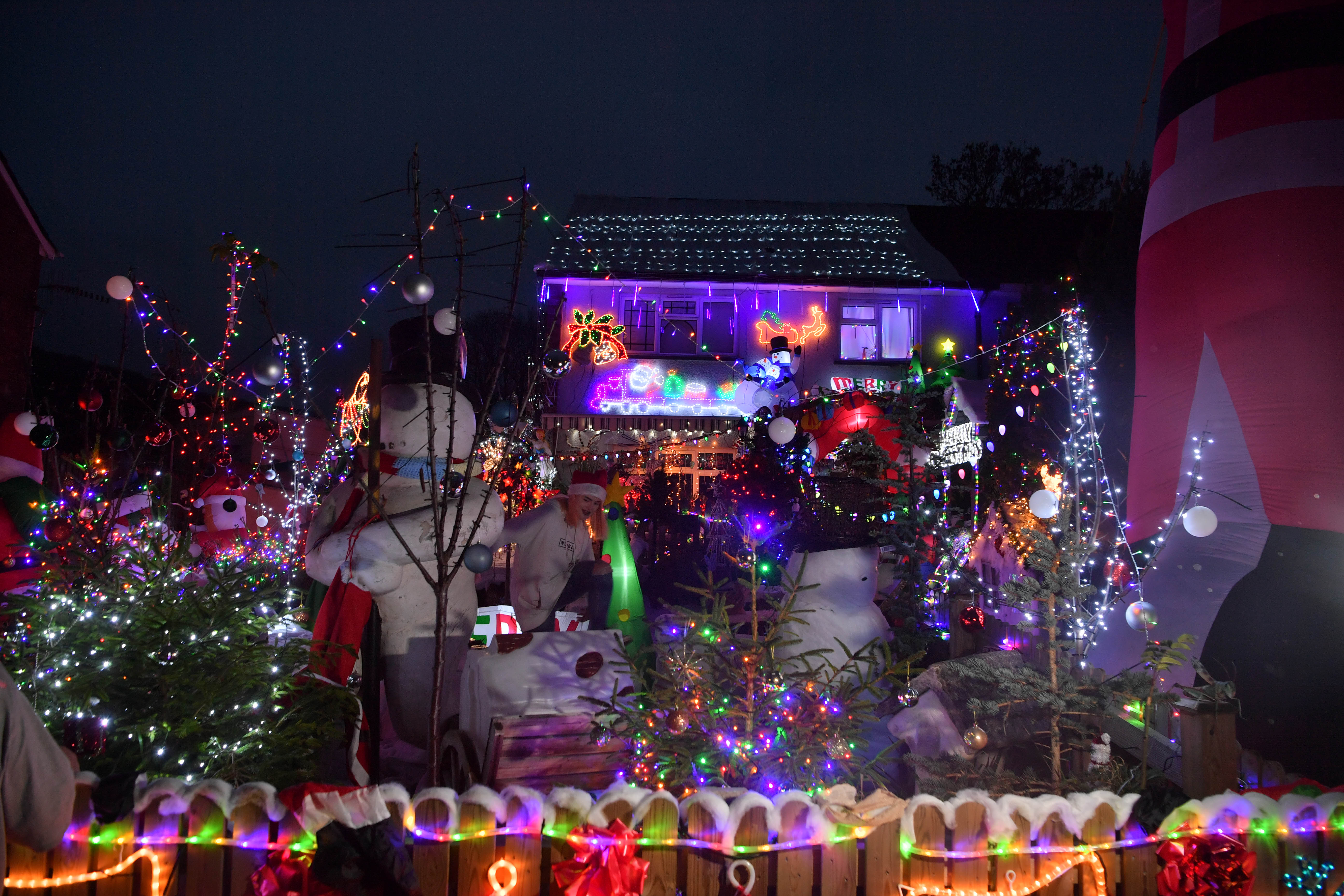 Darren says: ‘All I want to do is get the message out there for autism awareness’Credit: MEDIA WALES

“We didn’t realise how big it was until we started to light it all up.

“My son, all year he’s been scouring the internet looking at America where he can find unusual things.”

The family then hoped to move the display to a public place before restrictions in Wales changed and banned outdoor attractions.