Dad pictured snorkelling before being eaten by shark as son played 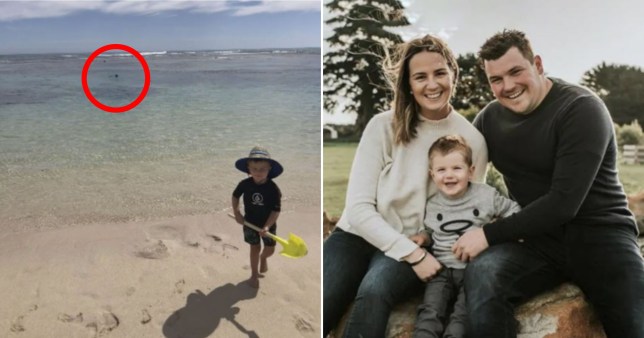 Duncan Craw (circled left) pictured snorkelling in the sea moments before he suddenly died in the water (Picture: 7news.com.au – Nine)

An adorable photo of a toddler playing at the water’s edge while his father snorkels in the sea behind him was taken just moments before his dad died and was eaten by a shark.

Taylia Craw snapped the picture of her two-year-old son Levi playing with a yellow spade with his father Duncan, 32, swimming in the background during a family trip in South Australia last Thursday.

The young family, from Victoria, had been camping at Port MacDonnell on the Limestone Coast when Mr Craw disappeared in the water as his wife and toddler enjoyed the beach.

His remains were later found in the water near the popular tourist spot.

It was initially believed he had been attacked by a great white shark after search teams discovered a torn wetsuit and flippers, according to 9News.

But further investigations suggested Mr Craw died suddenly from an undisclosed medical cause before his body was eaten by a shark. 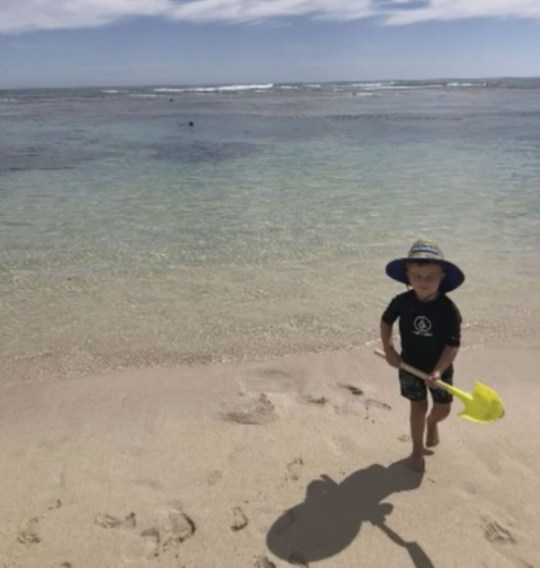 The adorable beach photo tragically turned out to be the last of the father and son together (Picture: Nine News)

His family said in a statement: ‘While we may never know for sure, based on the evidence we do have, we now believe it is most likely Duncan suffered a medical episode long before the arrival of the shark.

‘It brings us comfort to know that he would have passed away peacefully in the water.’

It added that Mr Craw was ‘the best father to Levi and a beautiful husband and best friend to Tay, his high-school sweetheart’. 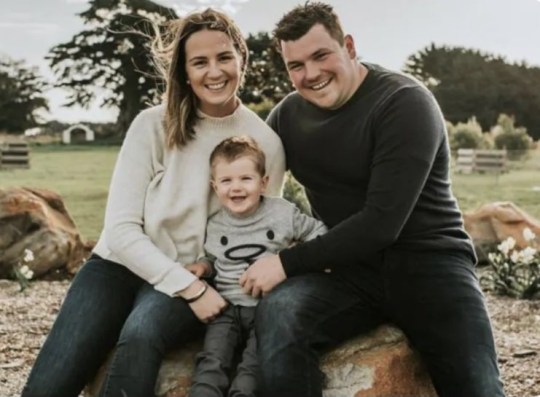 Mr Craw’s family said he was ‘the best father to Levi and a beautiful husband and best friend’ to wife Taylia (Picture: 7news.com.au)

A GoFundMe page named ‘Duncan’s Legacy for Levi’ has since been set up to help support his son’s future, raising almost $45,000.

It reads: ‘Levi now knows his daddy is in heaven, and Duncan’s family and friends are determined to ensure he will remember how much Duncan loved his little man.

‘While the love, guidance and presence of a father is irreplaceable, we believe that some additional financial support will help set Levi up for the future.’