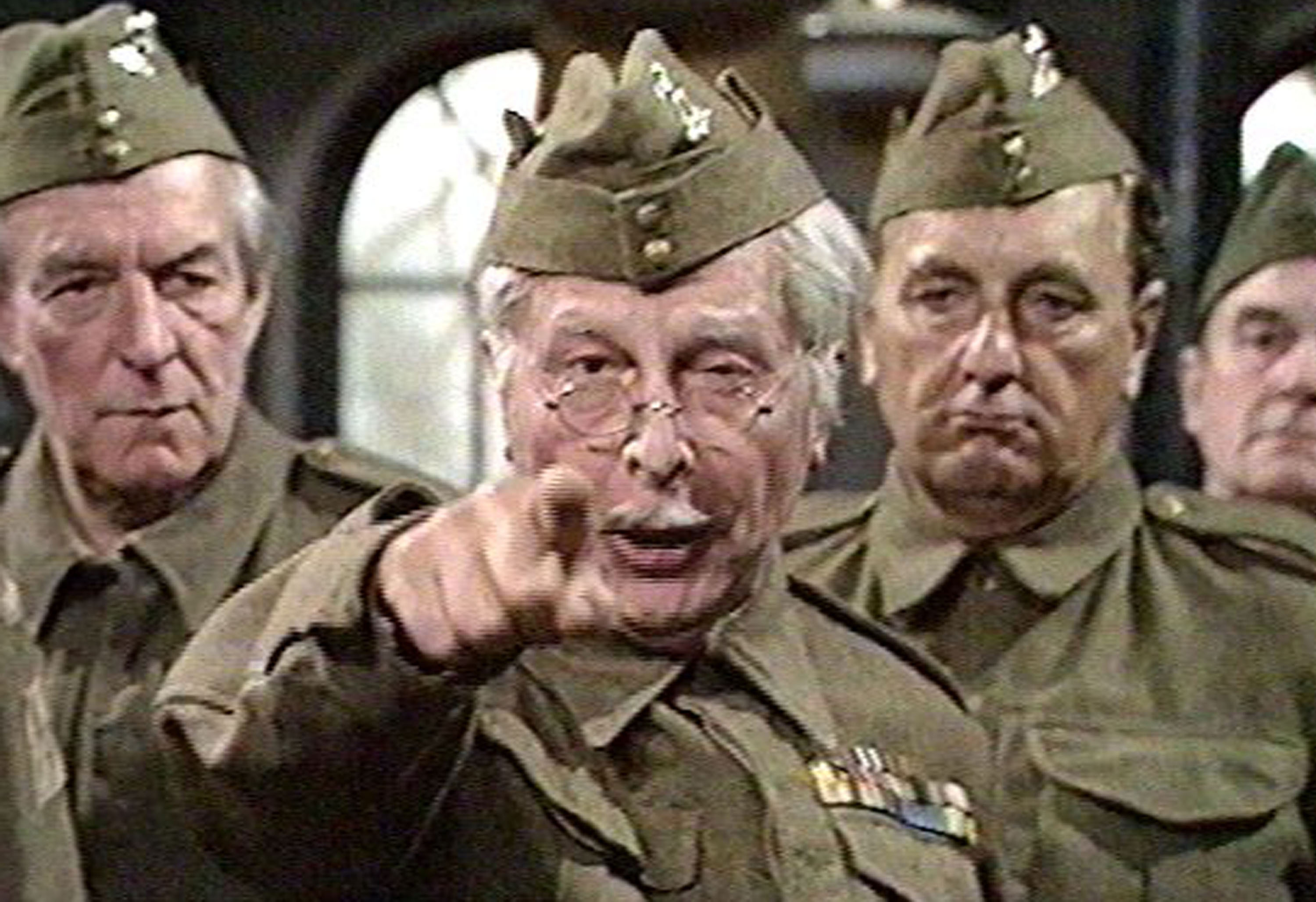 Viewers were left baffled after the BBC issued a warning to Dad’s Army viewers of ‘discriminatory language’Credit: Wenn

It also contains cheeky catchphrases such as Clive Dunn’s character L-Cpl Jones’s “They don’t like it up them”.

Fan Gavin Moffitt asked: “What has the world come to?”

Jean Snoad, 82, speculated: “The only thing remotely bordering discriminatory is when the French are referred to as ‘frogs’.

“Why must we erase history?”

Tony Pritchard, of the Dad’s Army Appreciation Society, added: “People are judging programmes made 50 years ago by what people think today.

“Where do you draw the line?”

Others feared the BBC could remove episodes from iPlayer — as it did with “offensive” Fawlty Towers classics last year.

The BBC said: “Attitudes have changed significantly and guidance was given due to a specific discriminatory remark.

WHO do they think they are kidding?

Those determined to take offence will always find something to offend them.

But the problem with putting such disclaimers on even the most innocuous programmes is that the warnings cease to have any meaning when applied to genuinely offensive content.

Or maybe BBC chiefs really do fear a strongly-worded letter from neo-Nazis upset at Hitler being called “shabby”.

The BBC comedy series, Dad’s Army ran for over nine years in the UK