A HUGE blaze has ripped through an industrial estate after “explosions”.

Residents in Dagenham, East London, have been warned to keep their windows shut as 80 firefighters race to put out the raging inferno.

A huge blaze has ripped through an industrial estate after ‘explosions’Credit: Twitter/@Ig1Ig3 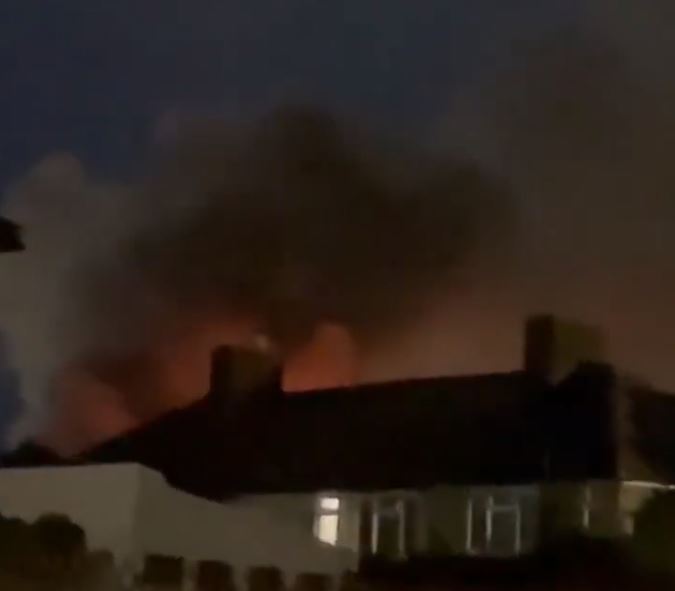 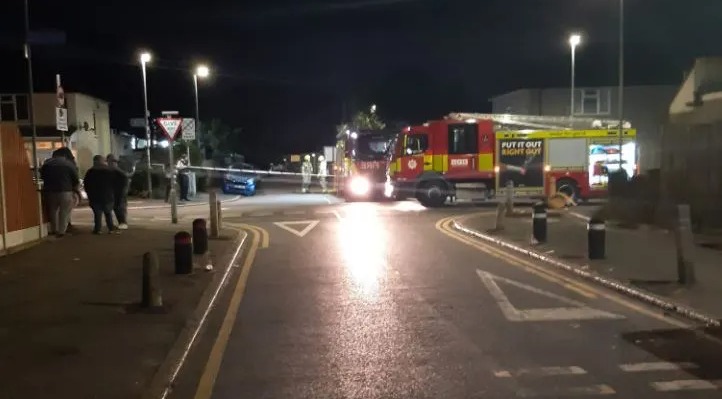 At least 80 firefighters and 12 units are on the sceneCredit: London Fire Brigade

More than 50 calls have been made in relation to the fire as plumes of smoke drift across rooftops in the area.

The cause of the fire is not yet known.

Locals have been taking to social media to share what they can see as flames engulf the building and surrounding areas.

One person said: “Huge explosion and fire in a factory on Kemp road, Dagenham just now. Hoping no one was inside.”

Another shared a video to Twitter of flames ripping across a unit near other buildings.

In a statement, LFB said: “Twelve fire engines and around 80 firefighters have been called to a fire at an industrial estate on Kemp Road in Dagenham.

“A range of industrial units and a number of vehicles are alight.

“The Brigade’s 999 Control Officers have taken more than 50 calls to the blaze.

“The Brigade was called at 1914. Fire crews from Barking, Dagenham, Hainault, Ilford, Romford, Tottenham and surrounding fire stations are at the scene.

“The cause of the fire is not known at this stage.”

Station Commander Paul Green, who is at the scene, told the Mirror: “Firefighters are tackling a significant fire involving a number of industrial units.

“Nearby residents are advised to keep their doors and windows closed while crews work to extinguish the blaze as there is heavy smoke in the area.”

A London Ambulance Service spokesperson said: “We were called at 7.51pm on Sunday 25 September to reports of a fire in Kemp Road, Dagenham.

“We have sent a number of resources to the scene including an incident response officer and members of our hazardous area response team (HART).”