A DISTRESSING video shows the moment a baby falls into a swimming pool before being heroically rescued by his dad.

In a CCTV video in Brazil, a small toddler waddles over to the pool edge.

The toddler starting by dipping her foot into the poolCredit: Youtube/ViralHog 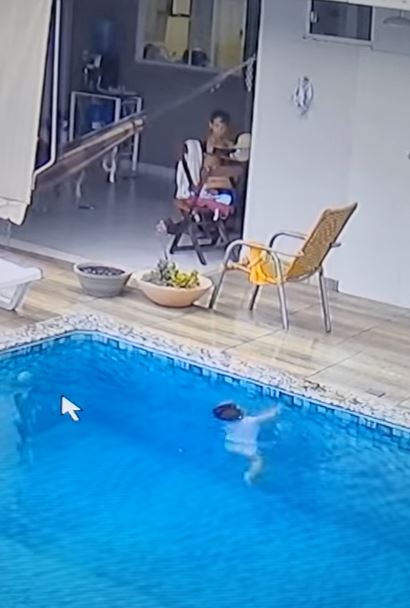 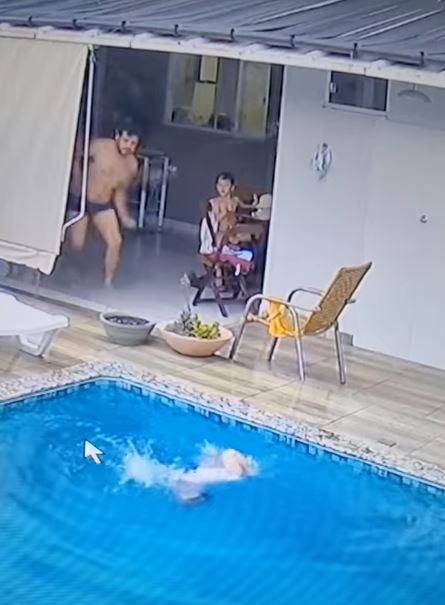 And begin to flail her arms as she struggledCredit: Youtube/ViralHog

Dipping her toe into the pool, which looks to be a few metres deep, the toddler climbs in.

Perhaps not expecting it to be so deep, she shoots completely underwater.

She begins to flail her arms as she rolls around in the water panicking.

Finally, a man, who appears to be the baby’s dad, jumps up from inside the house.

He leaps into the cool to scoop the baby up, thankfully not a minute too late, and then kissed her in relief.

One user said: “That could have ended badly ? but the baby was so lucky the adult was there.

“This is why open pools are a hazard to children and gates and measures of safety should be in place.

Another said: “These kinds of videos always get me tense ? Glad dad was there to save him or her.”

Other suggested they get a fence around the pool as well as teach the baby to swim.

One said: “It’s be wiser to just teach her how to swim as she was trying to float at first.”

Another sarcastically said: “It’s very smart to have a pool without a fence around it.”

And in a similar close call, a toddler sank to the bottom of a busy pool and lay there for four minutes before a girl, 9, got help.

A graphic video captured from a hotel CCTV camera shows the forgotten two-year-old as he sinks to the bottom of the pool.

Livonia Police Department in Michigan shared the video as a reminder to monitor children in the water.

In the beginning of the video, the child crouches by the edge of the pool and slides in.

He is seen flailing his arms as he struggles to keep his head above water from the moment he gets in the pool.

The toddler begins to sink under the surface of the water, as he moves across the pool.

He then sinks slowly to the bottom, completely unnoticed by everyone splashing and playing around him.

Eventually, a 9-year-old girl walks by the edge of the pool, and notices the boy at the bottom. 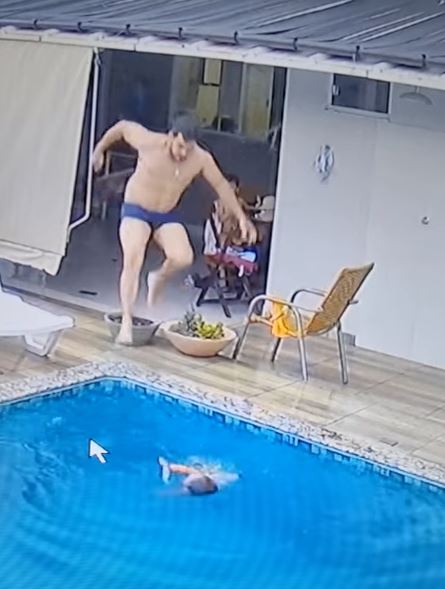 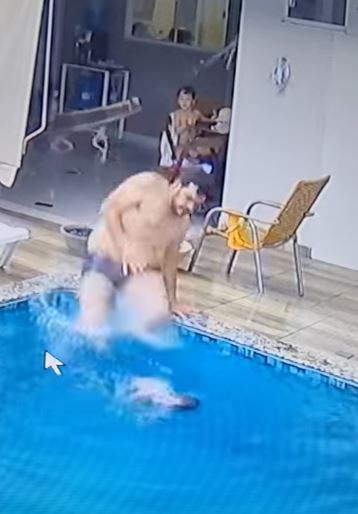 And was quick to jump in and save her 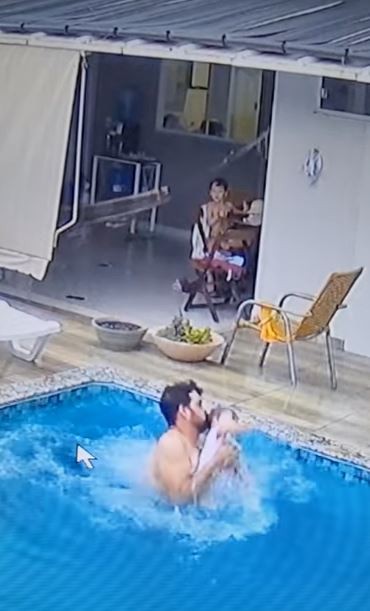 He kissed her in relief after swooping her up