Damion Simmons was filmed buying five and a half litres of fuel from a petrol station on the night he murdered Denise Keane-Simmons (Pictures: Met Police)

A controlling husband who planted a secret camera in his estranged wife’s bedroom sent her a voice note saying ‘I hope you suffer and die’ before he set her alight.

Damion Simmons, 45, poured litres of petrol over Denise Keane-Simmons, 36, before he murdered her at her home in Brent, north-west London, on April 16 last year.

The victim was found on her bedroom floor in Alric Avenue with extensive burns and smoke inhalation, and was pronounced dead in hospital.

At this point, she had also discovered the camera hidden in a lightbulb in her bedroom.

In a statement to officers that night, Mrs Keane-Simmons, who worked as a teaching assistant, said: ‘I feel anxious about leaving my house as his behaviour is so unpredictable and just want to live my life without that worry of Damion.’

But less than an hour after the police left, Simmons torched the house.

Hours before the murder, the man posted an intimate picture of her on Instagram along with her maiden name, job and the school where she worked.

On the same night, Simmons was filmed buying five and a half litres of fuel from a nearby petrol station.

Further CCTV footage showed him pouring petrol through the letterbox of the victim’s address and smashing a window to get inside, with the fire igniting 30 seconds later.

The couple had met in Trinidad where they married in February 2019, and Simmons then relocated to the UK to move in with his wife. 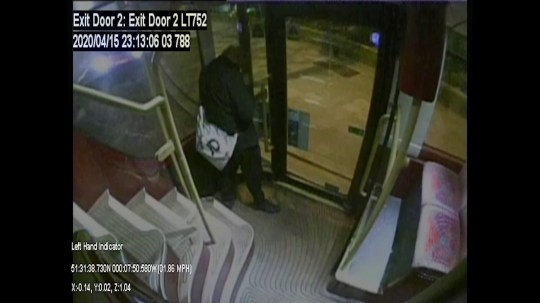 CCTV footage from a bus shows Damion Simmons, 45, who was convicted at the Old Bailey yesterday (Picture: Met Police) 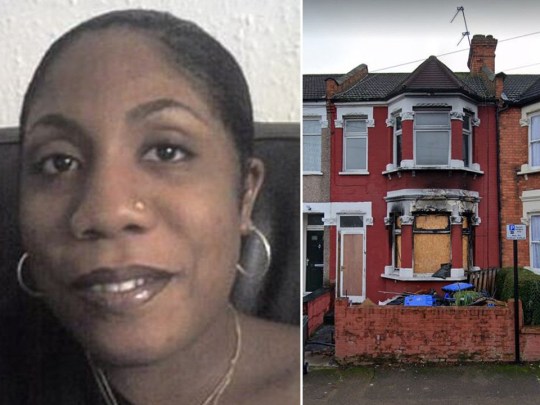 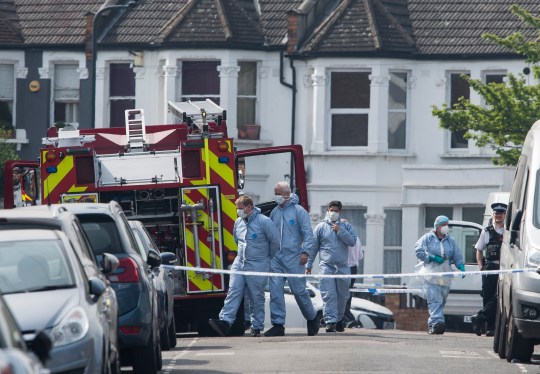 Forensics and emergency services pictured at the scene of the fatal fire in Brent, north-west London (Picture: LNP)

But their relationship became strained because he wanted Mrs Keane-Simmons to change her behaviour and stop seeing friends.

Simmons, of no fixed address, was convicted of murder and arson with intent to endanger life at the Old Bailey yesterday.

The defendant denied murder, claiming he had not intended to harm Mrs Keane-Simmons but that she had died accidentally when he was trying to kill himself in front of her.

He later admitted making a series of internet searches, including Crown Prosecution Service guidance on defences in law for murder and ‘best way to use a knife and kill someone’, but said he had no intention of doing that.

Jurors were told at the beginning of the trial that he had admitted manslaughter.

He was found not guilty of voyeurism but had previously pleaded guilty to disclosing private and sexual photographs with intent to cause distress. 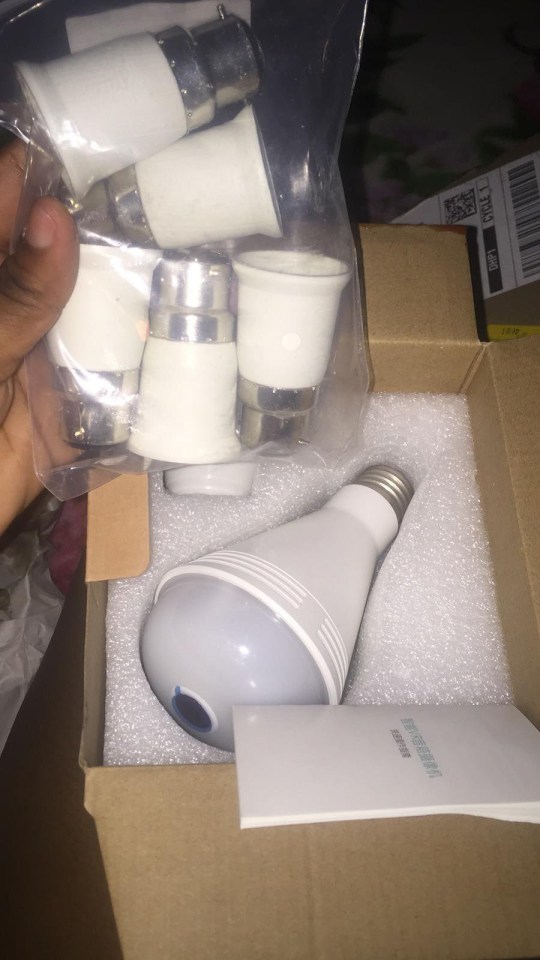 The lightbulb camera Simmons bought from Amazon to spy on the victim (Picture: Met Police)

He added: ‘My thoughts remain with Denise’s family and friends and I hope today’s outcome can offer them some degree of comfort, knowing that her killer has been brought to justice.

‘Denise was clearly loved by all, and this tragic incident has affected many people far and wide.

‘The actions of Damion Simmons that night were calculated, and the jury have come to the conclusion that he set out that night not to kill himself, as he claimed, but to kill Denise.

‘His actions were both selfish and reckless. He cruelly took away Denise’s future and could have easily caused serious harm to the other woman inside the property and adjoining households.’

Simmons will be sentenced on September 22 at the Old Bailey.