Dominic Cummings has made more explosive claims about the Prime Minister in a bombshell interview with the BBC (Picture: AFP)

The ex-advisor has slated his former boss in recent months, particularly over his handling of the Covid-19 pandemic.

In a bombshell interview with the BBC, Mr Cummings gave a damning appraisal of the man he helped put into power.

‘He’s unusual…in having a sort of odd self-awareness mode, that he kind of knows in all sorts of ways that it’s ludicrous for him to be in that sort of position.’

Mr Cummings claimed Mr Johnson made the observation about himself a number of times during the referendum campaign in 2016, shortly before launching his first attempt to win the keys to Number 10. 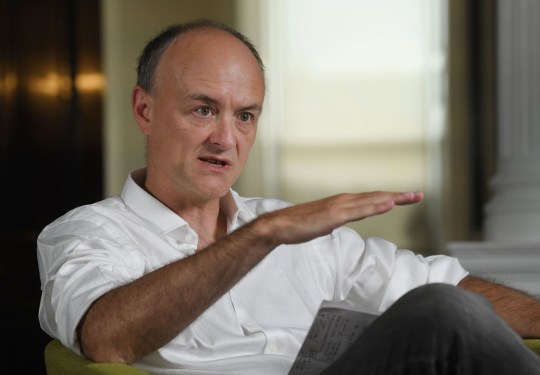 The former advisor has gone to war with Downing Street since leaving his job in Number 10 (Picture: PA)

Mr Cummings added: ‘He has a sort of sense of the general tragicomedy of the British political scene.’

Pressed again on his response to comments, he said: ‘I didn’t say it was funny…I’m giving you his perspective on it, he’s a guy who makes a lot of jokes. That was his view of it.

‘It’s not how I would look at it, I’ve said for many many years how terrible it is that these kinds of characters are the ones that dominate power and party politics in this country. 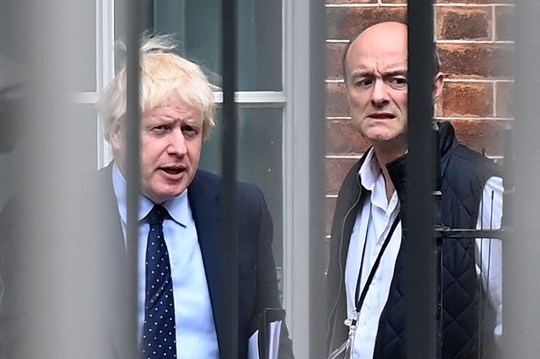 Their careers became tied together when both helped lead the campaign to leave the European Union (Picture: Getty)

Mr Cummings shot to notoriety for his lockdown trip to Barnard Castle and said he thinks the public see him as ‘a nightmare’.

In comments released ahead of the full broadcast, it was revealed Mr Cummings discussed ousting the PM in late 2019.

The former top government aide told the BBC that by mid-January 2020, it became clear to him that Mr Johnson did not ‘have a plan’.

He said that he and allies began discussing their future, saying: ‘[People] were already saying, “By the summer, either we’ll all have gone from here or we’ll be in the process of trying to get rid of [Mr Johnson] and get someone else in as prime minister”.’

Mr Cummings went on to say he felt like: ‘He [the prime minister] doesn’t have a plan, he doesn’t know how to be prime minister and we only got him in there because we had to solve a certain problem not because he was the right person to be running the country.’