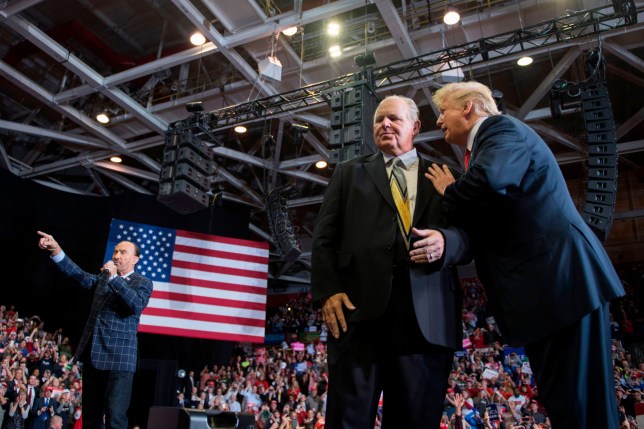 Donald Trump ranted about his election loss while paying tribute to DJ friend Rush Limbaugh in his first public interview since leaving the White House on Wednesday (Picture: Getty)

Donald Trump ranted about losing the presidential election in his first public chat since leaving the White House. The former president hit out at his defeat while paying tribute to DJ Rush Limbaugh on Fox News Wednesday.

Trump went on to claim that Limbaugh – who was diagnosed with stage four lung cancer in January 2020 – willed himself to stay alive until after the November 2020 presidential election, which Joe Biden ended up winning.

Trump said said: ‘(Rush’s) ambition was to hold out until after the election, and he missed very, very few shows. He worked so hard to get through the election. He was just great – he made it.’ 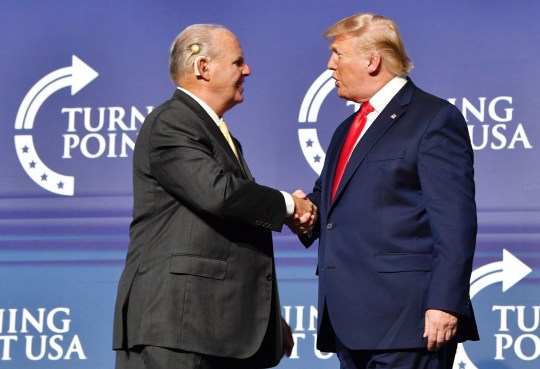 Presenter Harris Faulkner repeatedly tried to question Trump on whether he’d discussed his post-White House plans with Limbaugh, but Trump refused to be drawn on what he was planning.

Limbaugh’s death at the age of 70 was announced by his fourth wife Kathryn on his hugely popular radio show on Wednesday morning.

He was one of the most powerful Conservative voices in the US, and a Donald Trump superfan.

Limbaugh’s support was seen as vital for any aspiring conservative politician who wished to make a name for themselves in Washington DC.