A DRIVER says he has been slapped with a fine for an “astounding amount” after a simple parking mistake that he had no idea he had made.

Kanti Lad, 65, says he bought a ticket from the pay-and-display machine at the privately run car park in Leicester – but has now been told he entered his details incorrectly.

Kanti Lad said he did enter the correct vehicle details – but the private parking firm refuse to budgeCredit: BPM 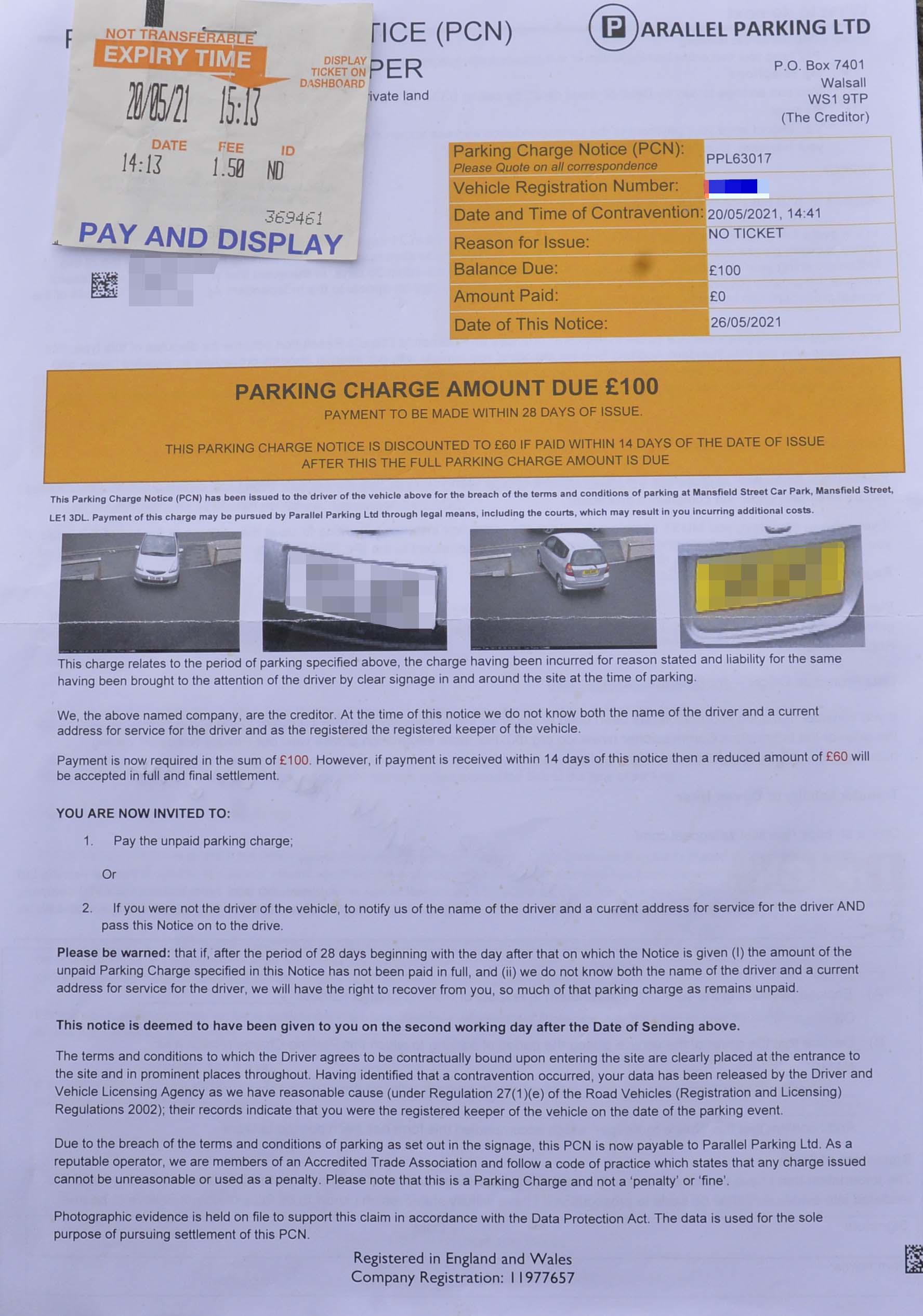 The 65-year-old has been slapped with a £100 fine after visiting the car park on Mansfield Street in LeicesterCredit: BPM

He was sent a Parking Charge Notice of £100, despite maintaining that he entered his car registration number in full and correctly on May 20 before staying for less than one hour.

Parking tickets dispensed at the site on Mansfield Street do not show the motorist’s registration on them – leaving Mr Lad baffled as to how he could prove he paid for the correct car.

The lack of information displayed on the ticket means the 65-year-old, of Wigston, would have been unable to clock any errors at the time of their visit.

Mr Lad’s son, who wishes to remain anonymous, condemned the demand for the “stupid” amount of money for what was merely been a simple mistake.

He told LeicestershireLive: “My parents paid for an hour and we still have the ticket. They displayed the ticket clearly in the car.

“A week or so later a letter came through the post saying they had not entered the registration number correctly and they are seeking a stupid amount of money for their mistake.

“How would they even know if they made mistake entering it if the number is not displayed?”

He is now challenging the extortionate penalty on his father’s behalf, armed with the original £1.50 ticket – without any registration on – and adamant about his parents’ innocence.

The son insists that the couple drove into the car park at 14.09pm, bought a ticket and displayed it and then left at 14.41pm that afternoon.

He explained he had contacted Gladstone Solicitors, who represent Parallel Parking Ltd, the firm which runs the private car park, but to no avail.

It is so upsetting that people who do the right thing are being fined like this.

“I have had conversations on the phone and emails to and from the solicitor of the firm,” he continued. “It seems they don’t want to know and want them to pay the astounding amount.”

They claim the solicitors sent them a response saying that “no ticket was recorded against the full and exact vehicle registration number.”

But the firm said Parallel Parking Ltd would be willing to accept a settlement fee of £140 “without prejudice”, as a gesture of goodwill.

“It is so upsetting that people who do the right thing are being fined like this,” a frustrated Mr Lad added. 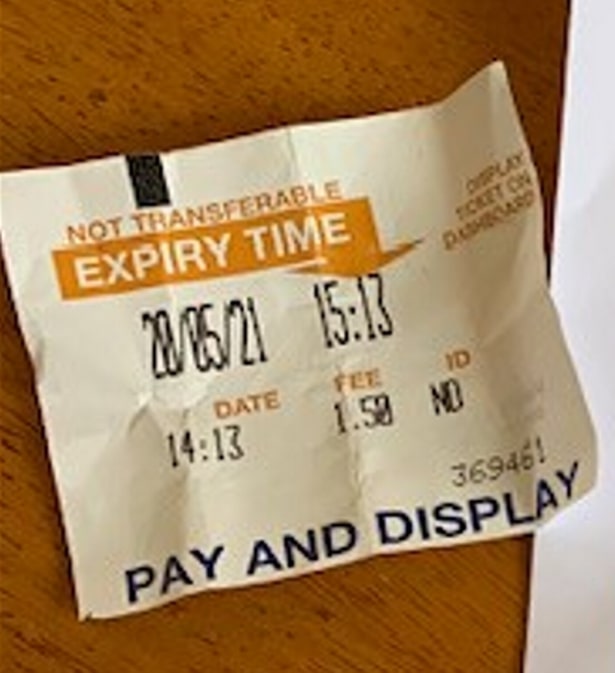 Mr Lad still has his pay and display ticket proving he purchased one – but it does not print the registration number on itCredit: BPM 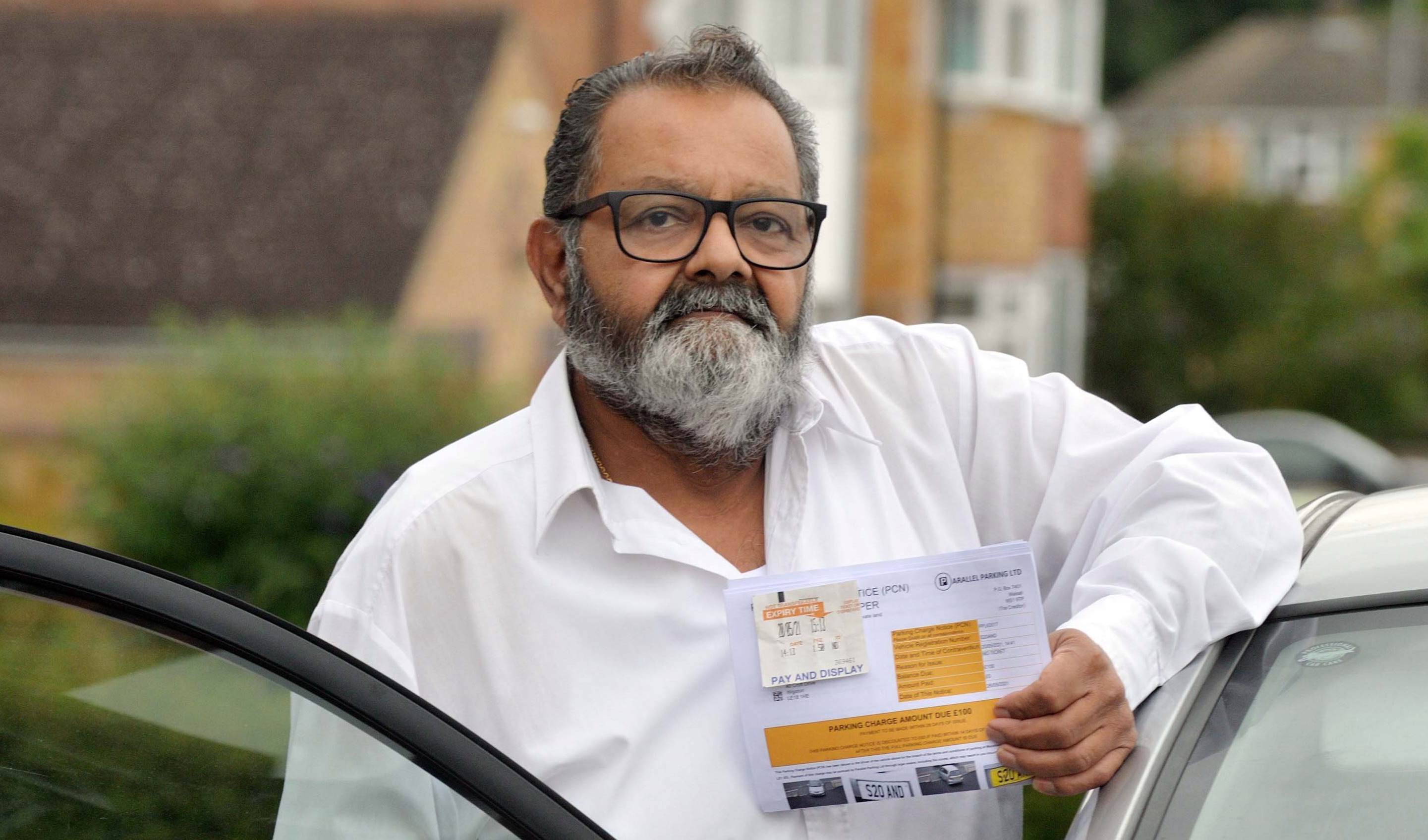 The parking charge notice is now being challenged by his son – but the parking firm have so far refused to cancel the fineCredit: BPM

TRAGIC Tory MP Sir David Amess died after being stabbed multiple times in the chest, an inquest heard today. The...