Greta Thunberg has spoken of her disdain for the COP26 summit where Tarquin Ramsay is involved in screening her film (Picture: Getty/PA/Tarquin Ramsay/Earthbeat)

An activist involved in the theatrical premiere of Greta Thunberg’s film at COP26 has branded the summit ‘elitist and exclusive’.

Tarquin Ramsay joined tens of thousands of people at a march led by the Swedish campaigner today, who he says ‘gives birth’ to thousands of other campaigners every time she speaks publicly.

Tarquin, 26, is one of the organisers behind a youth day event at the Glasgow IMAX, which will also showcase smartphone films from environmentally active young people across the globe.

The film producer, who co-founded the Earthbeat environmental storytelling project, was among protesters on the streets of the Scottish capital.

He told Metro.co.uk: ‘Young people are only on the fringes of this conference, when they are the generation that will be most affected by the climate and ecological crisis.

‘The CO2 emissions produced in my lifetime represent 50% of the total historic emissions ever produced. They say age is only a number but in the context of climate change it’s a very serious matter.

‘If you put the voices of the young people at the protest together the one question they would have is why, since the very first COP took place back in Berlin, are we still here 26 COPs later still using the words “pledge” and “promise” and not making any real, substantial, binding commitments.

‘That frustrates a lot of young people and it’s become clear that this is becoming quite an elitist and exclusive conference.’ 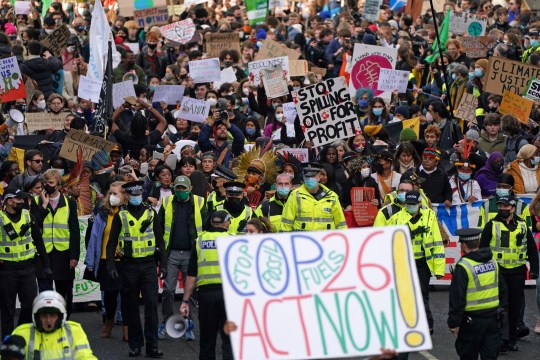 Demonstrators at the Fridays for Future Scotland march through Glasgow at the end of the first week of COP26 (Picture: Andrew Milligan/PA) 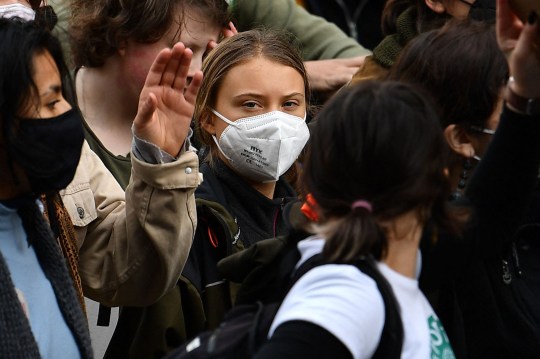 Ms Thunberg spearheaded the rally, organised by her Fridays for Future group, which included a march from Kelvingrove Park to George Square.

The 18-year-old branded the UN Climate Change Conference as ‘business as usual’ and ‘blah, blah, blah’ as she addressed a vast crowd in the square, located in the centre of Glasgow.

‘Every time I listen to Greta speak, she inspires me,’ Tarquin said.

‘Every time she speaks, she gives birth to another five thousand Gretas.’

The rally was also attended by thousands of young people and workers taking part in a climate strike action.

Ms Thunberg’s film, For Nature, will have its theatrical premiere later on at the event, organised by Earthbeat and non-profit organisation Youth4planet. 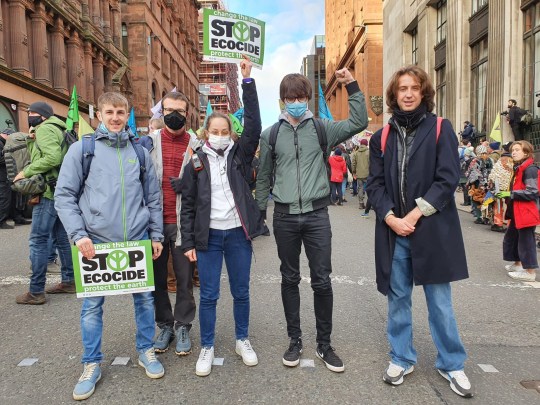 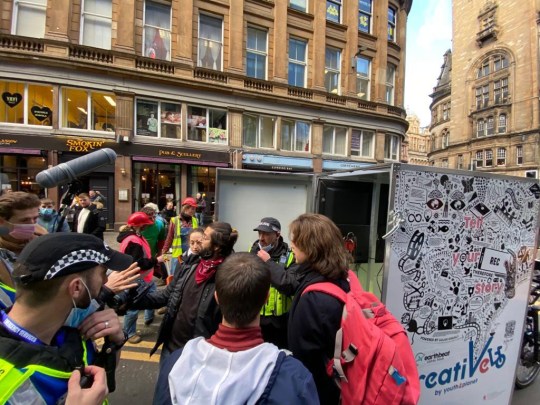 Tarquin said: ‘In the crowds you felt that people are ready to do anything to prevent this crisis from worsening any further. People had travelled from the south of England and we met indigenous activists all the way from Ecuador and young people from Zimbabwe and other places from all around the world who want the COP26 delegates to listen to their voices.’

Tarquin, from Edinburgh, said Earthbeat, which is supported by the UN, was allowing young people with portable technologies to share their lived experiences of the global environmental crisis. 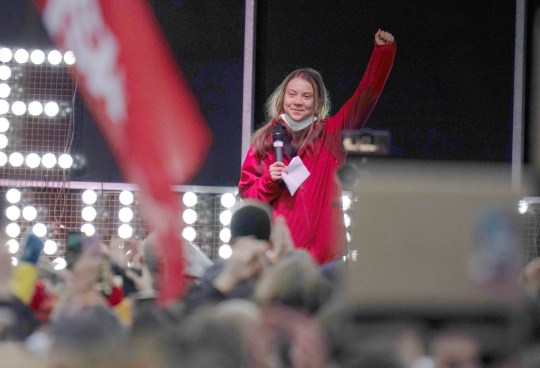 Greta Thunberg spoke on the main stage in George Square as part of the Fridays for Future Scotland march (Picture: Danny Lawson/PA)

‘Those films act as beacons of light for the climate movement,’ he said.

‘They are campaign tools to send messages to leaders and global leaders that those voices still, and always will, exist.

‘Because the conference has become so elitist and an opportunity for the main sponsors to greenwash their activities, with so many young people from around the world not able to attend, Earthbeat acts as a gateway for indigenous voices and storytellers on the frontlines of this crisis to have some sort of platform here at COP.

‘Our role is to amplify those voices as loud as we can.’

Ms Thunberg will present a softer tone in the film when it is screened on a bill also including a presentation on a month-long Earthbeat bike tour from Luxembourg to Glasgow and a real-time art project.

She has given her support to the evening, part of COP26’s youth day.

At the rally, she said: ‘The COP has turned into a PR event where leaders give beautiful speeches and make fancy commitments and targets while behind the scenes governments are refusing to take any drastic climate action.’