Eco protesters ‘smash up pumps’ and glue themselves to M25 forecourts

Climate protesters have been arrested for allegedly damaging fuel pumps and gluing themselves to forecourts at service stations on the M25.

Surrey Police they were ‘working as quickly as we can to remove the protesters’ from the Clacket Lane and Cobham service stations.

There is currently no petrol available at either station due to the damage, including on both sides of Clacket Lane.

The three arrests were made on suspicion of criminal damage following the demonstration by the Just Stop Oil group, which started around 5am.

‘We appreciate the disruption this is causing and we are working as quickly as we can to remove the protesters from the service stations,’ police said.

On its website, Just Stop Oil said 32 activists were involved in total, with a blockade also being made in Kent and Thurrock Services in Essex.

It adds: ‘At all locations, Just Stop Oil supporters blocked access to the petrol pumps by sitting in the road with banners. 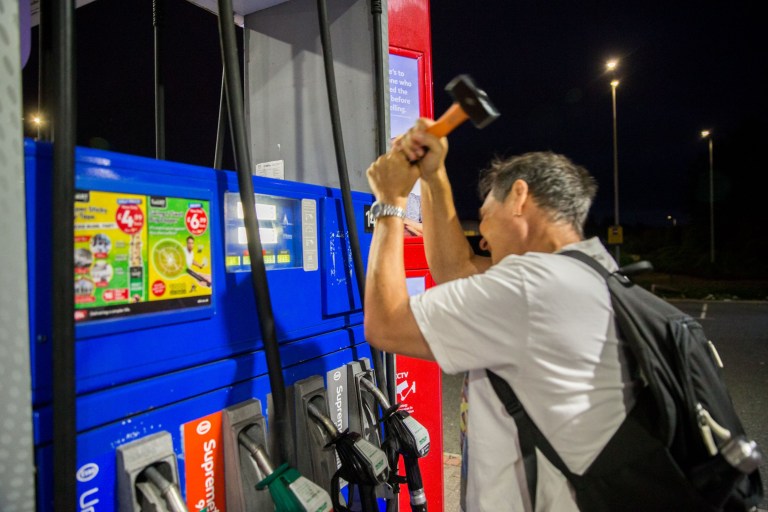 Activists said some of their members smashed the display glass on petrol pumps (Picture: LNP) 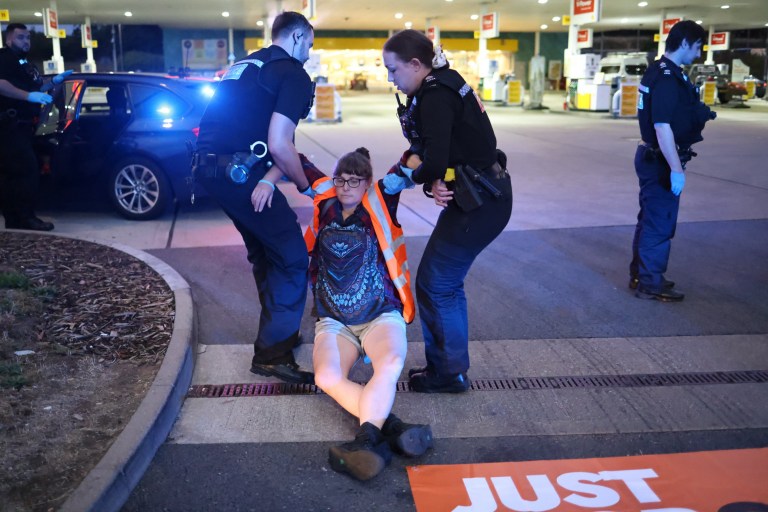 An activist is dragged away from a filling station in Cobham, Surrey (Picture: Ben Cawthra/LNP)

‘Some supporters also sabotaged petrol pumps by breaking the display glass, covering them with spray paint or locking on.’

Adam 53, a gardener from Gloucestershire taking action today said: ‘In 20 years time, when my grandchildren point out that we knew about the destruction and suffering that the climate crisis would bring, I don’t want to have to tell them that I just sat at home and worried about it. I want to be able to tell them I did what I could.

‘We need to take this action because the government is not doing its duty to protect us from climate catastrophe, instead continuing to allow extraction of new fossil fuels.’

Joy Corrigan 73, a grandmother-of-three taking part, said: ‘I am sick with worry about how today’s children will survive. 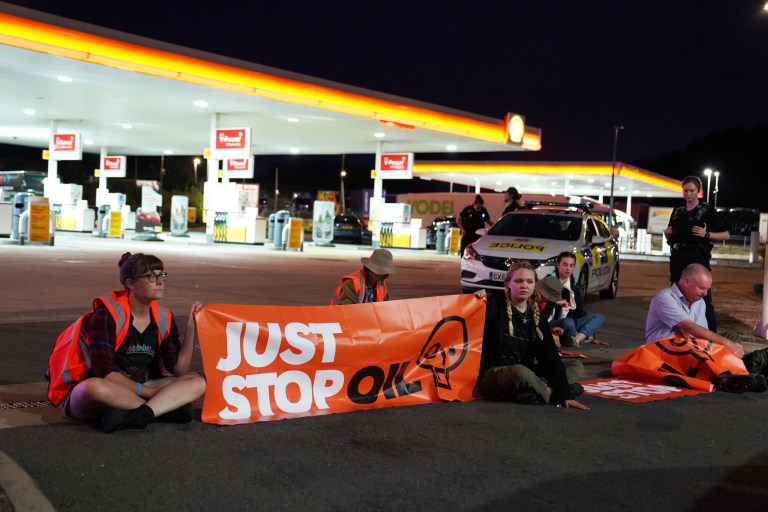 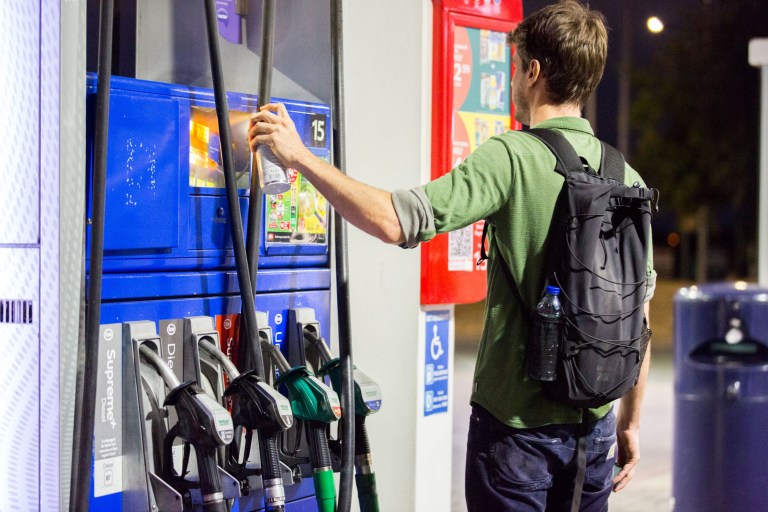 A man spray paints over a price display at a petrol pump in Thurrock Services (Picture: LNP)

‘Everyday I see more and more examples of climate change and the frequency is accelerating. Government get your bloody finger out. We need action today not tomorrow.’

Sophie Sharples, 22, a student from Brighton joining the protests, added: ‘It’s said that each generation must discover its mission, and fulfil it, or betray it.

‘Ending fossil fuel consumption must be ours. We have such a short window of time to act to avoid the complete destruction of all we know and love.

;For all life, and for the love of humanity, I have to do everything I can, and with my privilege I am able to face arrest, so I will.’

This is a breaking news story – more to follow.